Accessibility links
How And When To Safely Give Babies Peanut Butter? Allergists Explain. : Shots - Health News Giving infants peanut puree as one of their first solid foods can help prevent peanut allergies, research has shown. To do that safely, start early — and only after checking with your doctor. 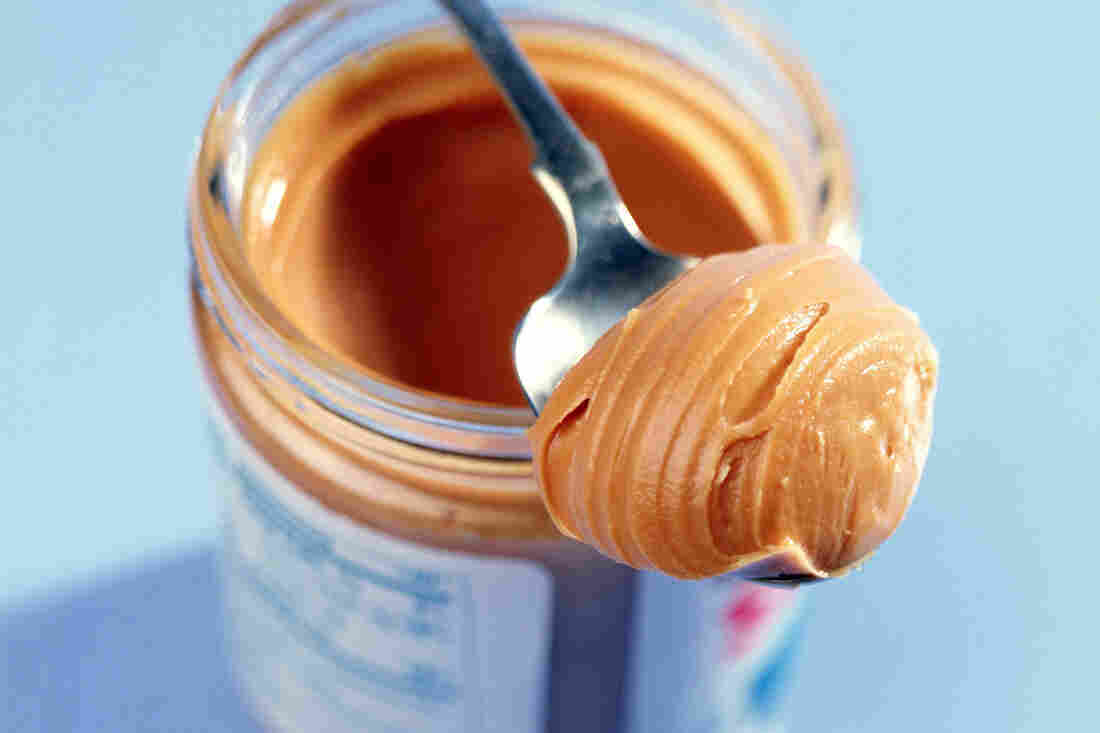 Peanuts and straight peanut butter are a choking hazard for infants, doctors say, but a bit of watered-down puree of peanut butter, starting at around 6-months-old, can help prevent peanut allergies. Brian Hagiwara/Getty Images hide caption 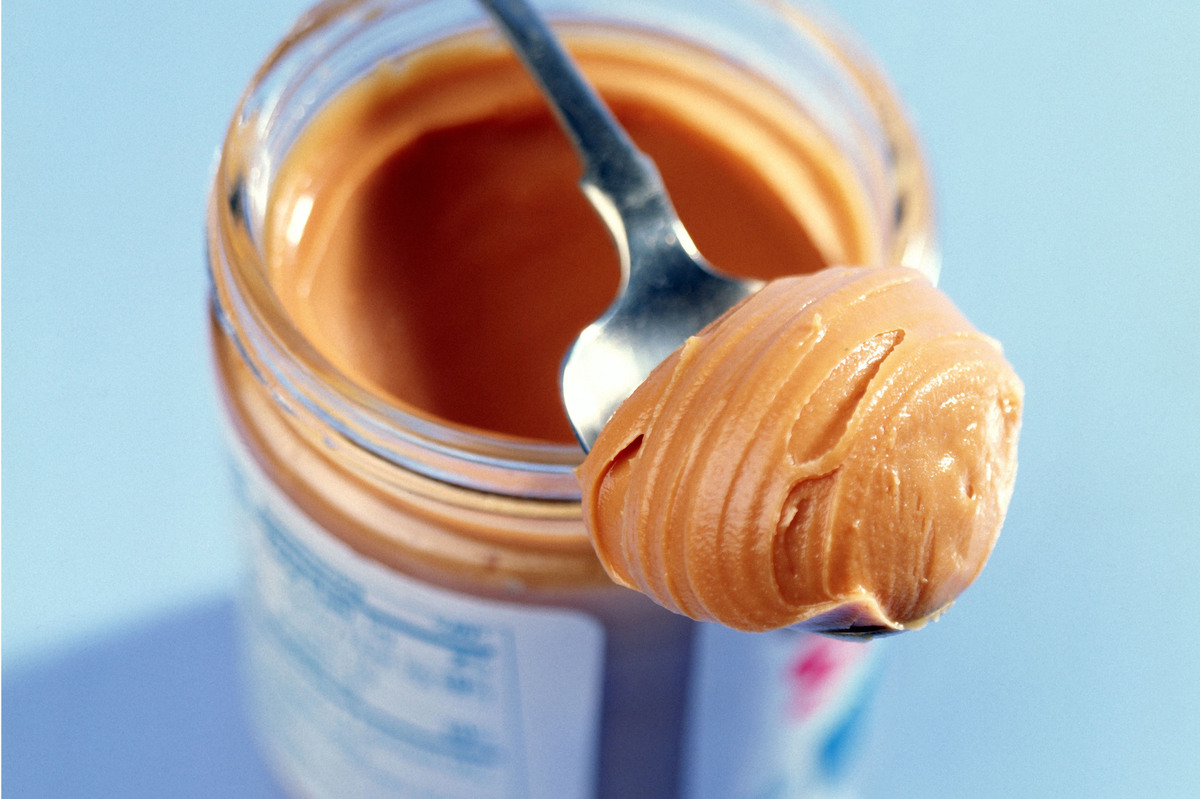 Peanuts and straight peanut butter are a choking hazard for infants, doctors say, but a bit of watered-down puree of peanut butter, starting at around 6-months-old, can help prevent peanut allergies.

Peanut allergies can be among a parent's biggest worries, though we've had good evidence for more than a year that when most babies are 6 months old or so, introducing foods that contain finely ground peanuts can actually reduce babies' chances of becoming allergic to the legumes. Even so, many parents are scared to do that.

At this week's annual scientific meeting of the American College of Allergy, Asthma and Immunology in San Francisco, doctors are discussing the coming federal guidelines about how and when to safely add peanuts to an infant's diet.

The final version, being developed under the auspices of the National Institutes of Allergy and Infectious Diseases, won't be released until early next year. But Dr. Amal Assa'ad, an immunologist and allergist with the Cincinnati Children's Hospital Medical Center who helped write the recommendations, offered Shots a hint of where she and her colleagues are headed.

First, parents need to know whether their infant is at high risk of developing a peanut allergy, Assa'ad says. Signs of that include a history of severe eczema -- which causes dry, itchy skin and rashes — or an allergy to eggs.

If your infant falls into that category, she says, ask your pediatrician whether the baby should be further checked by an allergist for a particular sensitivity to peanuts. Even most babies who show that sort of sensitivity can be introduced to age-appropriate foods containing peanuts and get the allergy-preventing benefit, she says, though in some cases doctors will advise the introduction take place in the doctor's office, not at home.

The guidelines are largely based on dramatic findings from a large study published in the New England Journal of Medicine in 2015. Researchers found that babies at high risk of developing a peanut allergy who were fed the equivalent of about 4 heaping teaspoons of peanut butter each week, starting at the age of 4 to 11 months, were about 80 percent less likely to develop an allergy to the legume by age 5 than similar kids who avoided peanuts. The benefit held up even after the children stopped getting the puree, a follow-up study found.

Allergic reactions to peanuts can range from hives or rashes to, in the most extreme cases, trouble breathing and even death.

For children who are not at high risk for developing a peanut allergy, foods containing the legume can be introduced at home starting at about 6 months, after a healthy baby has started to eat some other solid food, Assa'ad says. (Peanut products shouldn't be the first solid food a baby gets, she adds.)

Still, under no circumstance should parents feed their babies whole peanuts, which is a clear choking hazard, cautions Dr. Ruchi S. Gupta, a pediatrician and immunologist at Northwestern University, in an ACAAI video aimed at parents. Even peanut butter can be risky at that age, Gupta explains, because it's thick and sticky.

The best way to introduce the food, she says, is to add hot water to 2 teaspoons of peanut butter to make a warm puree. Put a little of this puree on the tip of a spoon and feed it to your child. Then wait and watch for 10 minutes, she advises, checking the baby for any negative reaction, such as hives, a rash, behavior changes or trouble breathing. If all is OK you can continue to feed the puree slowly; but keep an eye on the child for about two hours.

If the baby continues to show no signs of an allergic reaction, Gupta says, it's safe to continue, adding other peanut-containing foods as time goes on.