Accessibility links
As Nonmedical Vaccine Exemptions Rise In Texas, Parents Seek School Disclosure : Shots - Health News Data about the number of unvaccinated kids in individual public schools aren't available to parents in Texas. Some of them are looking to change the reporting requirements. 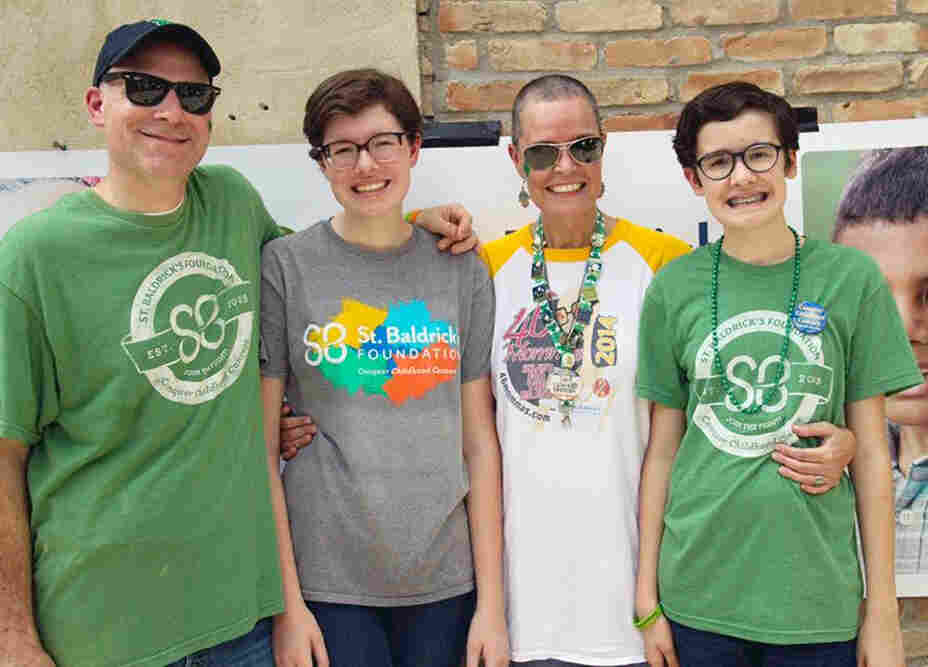 When Georgia Moore (second from left) was diagnosed with leukemia in 2010, her parents, Trevor and Courtney Moore, worried about the germs her younger sister, Ivy, would bring home from school. Courtesy of the Moore family/Kaiser Health News hide caption 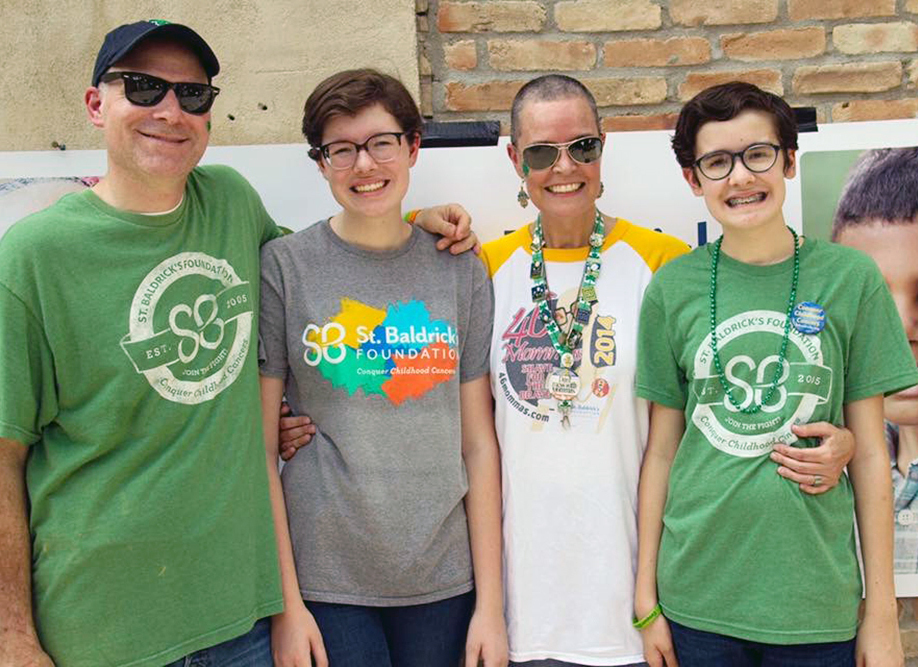 When Georgia Moore (second from left) was diagnosed with leukemia in 2010, her parents, Trevor and Courtney Moore, worried about the germs her younger sister, Ivy, would bring home from school.

Georgia Moore was diagnosed with leukemia the day after her 10th birthday. The fourth-grader began an intense chemotherapy regimen, which left her immune system vulnerable and kept her from attending her small, private Montessori school in Austin, Texas.

But her younger sister Ivy was in kindergarten at the same school, where a handful of families opted out of vaccinating their children. That meant 6-year-old Ivy might bring home germs that could pose a risk to Georgia.

"She would go to school, come home and immediately we'd put clothes in the washer to keep a healthy environment," the girls' mother, Courtney Moore, said of the family's after-school routine.

Georgia, now 16, had very few hospitalizations during the course of her treatment and is now cancer-free, five years out from treatment. But Georgia's battle against cancer made Courtney Moore a vocal advocate for immunizations in Texas — where an increasing number of parents are opting against vaccinating their children. 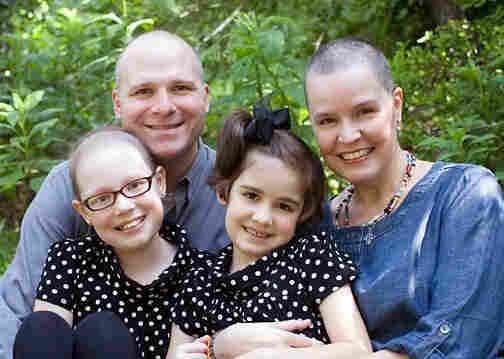 After Georgia Moore (left) was diagnosed with leukemia, she underwent chemotherapy that depressed her immune system. She had to stay home from her small, private school in 2010, when the photo was taken. Courtesy of the Moore family/Kaiser Health News hide caption

Texas is one of 18 states that allow nonmedical exemptions to the vaccines required for school attendance. California had a similar law allowing nonmedical exemptions, until last year when it enacted a law that has one of the strictest requirements in the country after a 2014 outbreak of measles traced to the Disneyland theme park infected more than 100 people around the country.

Many of the parents opting out of the immunizations, which are widely recommended by doctors, say they fear a link between the vaccines and health problems such as autism. But studies that they cite have been widely debunked by public health officials.

"Year after year we've seen a steady increase in the number of students with a conscientious exemption from vaccination in Texas," said Christine Mann, a spokeswoman for the Texas Department of State Health Services. "But overall, the numbers are small."

Even though statewide levels of vaccinations remain high, at over 98 percent, what concerns public health officials are the growing geographic clusters of geographic areas with high rates of unvaccinated children. Texas went from just 2,314 "conscientious exemptions" in 2003 to 44,716 this year, according to the Texas Department of State Health Services.

Some parents are pressing state officials to let them know how many of their children's peers are unvaccinated.

Jinny Suh, who has a 4-year-old son, is helping spearhead a petition drive asking legislators to change state law so that the number of school exemptions is public. As a parent, there are lots of things that people get very passionate about," Suh said. "But for some reason, in my experience, vaccinations remain an almost taboo topic besides a few passionate people."

At least two bills were introduced during the past legislative session that would require Texas schools to notify parents about vaccination rates at the school level, but none were approved.

As is the case across the country, areas where kids aren't receiving vaccinations in Texas tend to be places with more highly educated and higher-income residents. The school with the highest percentage exemption rate in the state is the Austin Waldorf School, where more than 40 percent of students are unvaccinated and tuition exceeds $13,000 a year. Regents Academy, a private school in east Texas, was the second-highest exemption rate, at almost 38 percent of the school.

Troisi explains that for a disease like measles, you want "herd immunity" to be at 95 percent to prevent an outbreak. If healthy children aren't receiving vaccines, they are putting children who are too young to receive the vaccine and people with compromised immune systems at a much greater risk of infection.

Dr. Peter Hotez, a professor in the department of pediatrics and molecular virology and microbiology at the Baylor College of Medicine in Houston, called the growing numbers "extremely troubling" in a commentary last month in the PLOS Medicine, an online journal. He noted that some counties were getting close to that 95 percent marker, such as Gaines County in the western part of the state where the exemptions are now at 4.83 percent and Briscoe County in the Texas Panhandle with 3.55 percent. And Hotez, who has an adult daughter with autism, highlighted the situation in Austin, where the public school rate for exemptions is 2 percent but many of the private schools exceed 20 percent.

The American Academy of Pediatrics in September issued a policy statement encouraging pediatricians to be more vocal about the importance of vaccines for children healthy enough to receive them.

But some parents are leery of the public health efforts on vaccinations. "We believe parents should make medical decisions for their children, not the state," said Jackie Schlegel, director of Texans for Vaccine Choice, a political action committee that was formed partially in opposition to 2015 legislation to do away with the state's nonmedical vaccine exemptions.

"We campaigned, we block-walked and we'll do it again for anyone else who would like to trample on our parental rights," said Schlegel. When asked if she supported a parent's right to know the number of unvaccinated children at a given public school, Schlegel said "informed consent and privacy are very big concerns and need to be evaluated on both sides of the coin."

As a mother who has seen the issue up close, Moore says she hopes parents understand how their decision not to vaccinate their children could have far-reaching consequences.

An earlier version of this story ran on Kaiser Health News, an editorially independent program of the Henry J. Kaiser Family Foundation, and The Texas Tribune.