Accessibility links
Genetically Modified Mosquitoes: How Florida Keys Is Trying To Combat Zika : Shots - Health News In the Florida Keys, no cases of locally transmitted Zika have been reported, but officials have decided to go ahead with trials of a genetically modified mosquito to combat the spread of the disease. 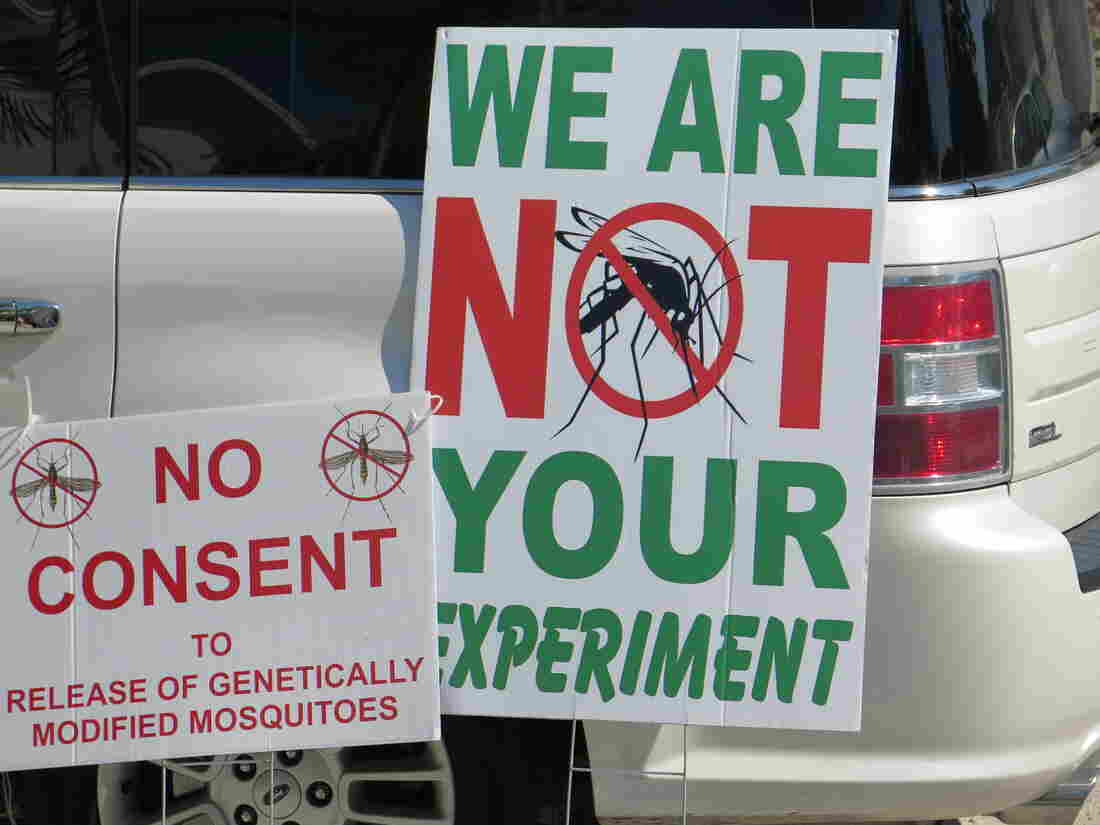 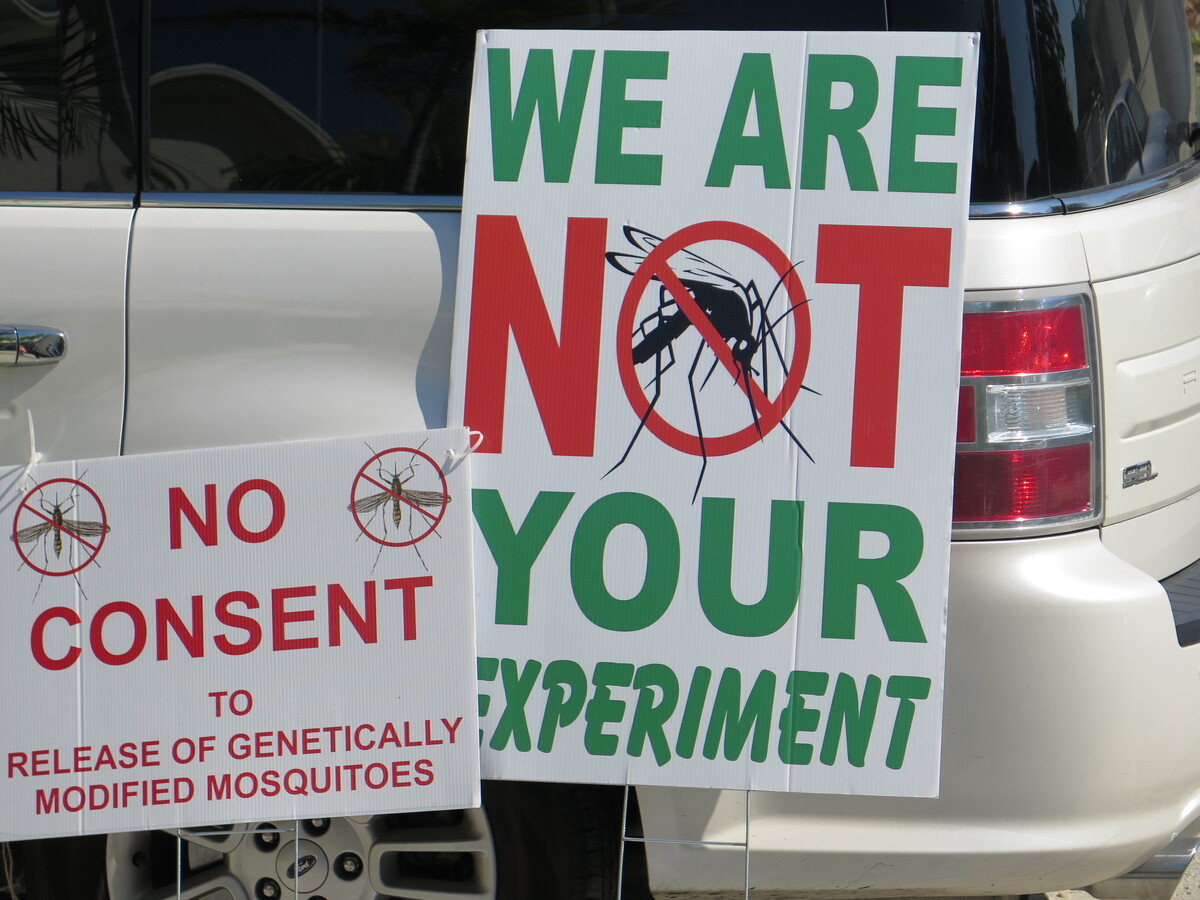 In the Florida Keys on Election Day, along with the presidential race, one of the most controversial items on the ballot dealt with Zika. In a nonbinding vote countywide, residents in the Florida Keys approved a measure allowing a British company to begin a trial release of genetically modified mosquitoes. Armed with that approval, local officials voted Saturday to try out what they hope will be a new tool in the fight against Zika.

For months now, state and local authorities in Florida have struggled to control the spread of Zika. But although there have been more than 200 cases of locally transmitted Zika statewide, none have been reported in the Keys. And that's one reason why residents like Megan Hall oppose the new technology. At a meeting of the Florida Keys Mosquito Control District board in Marathon on Saturday, Hall made a personal appeal to the board. "I am going to ask you, beg you, plead with you," she said, "not to go forward with this." 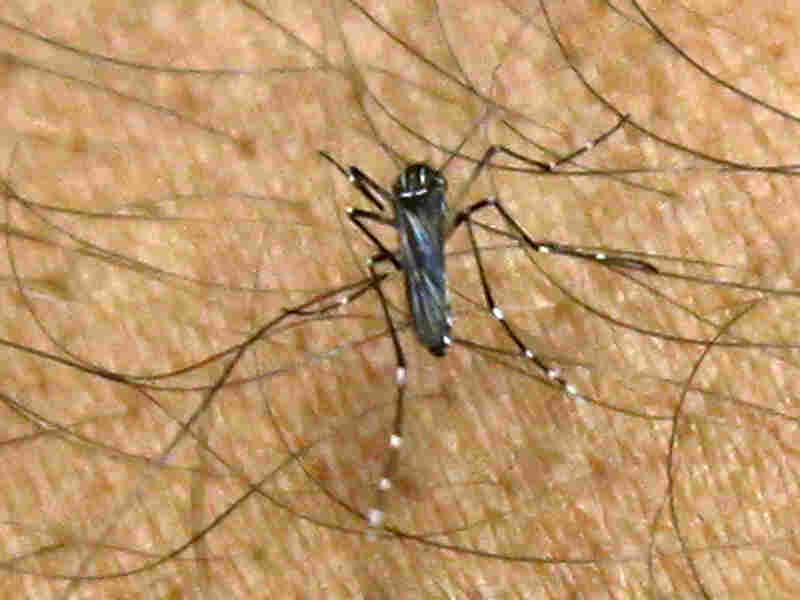 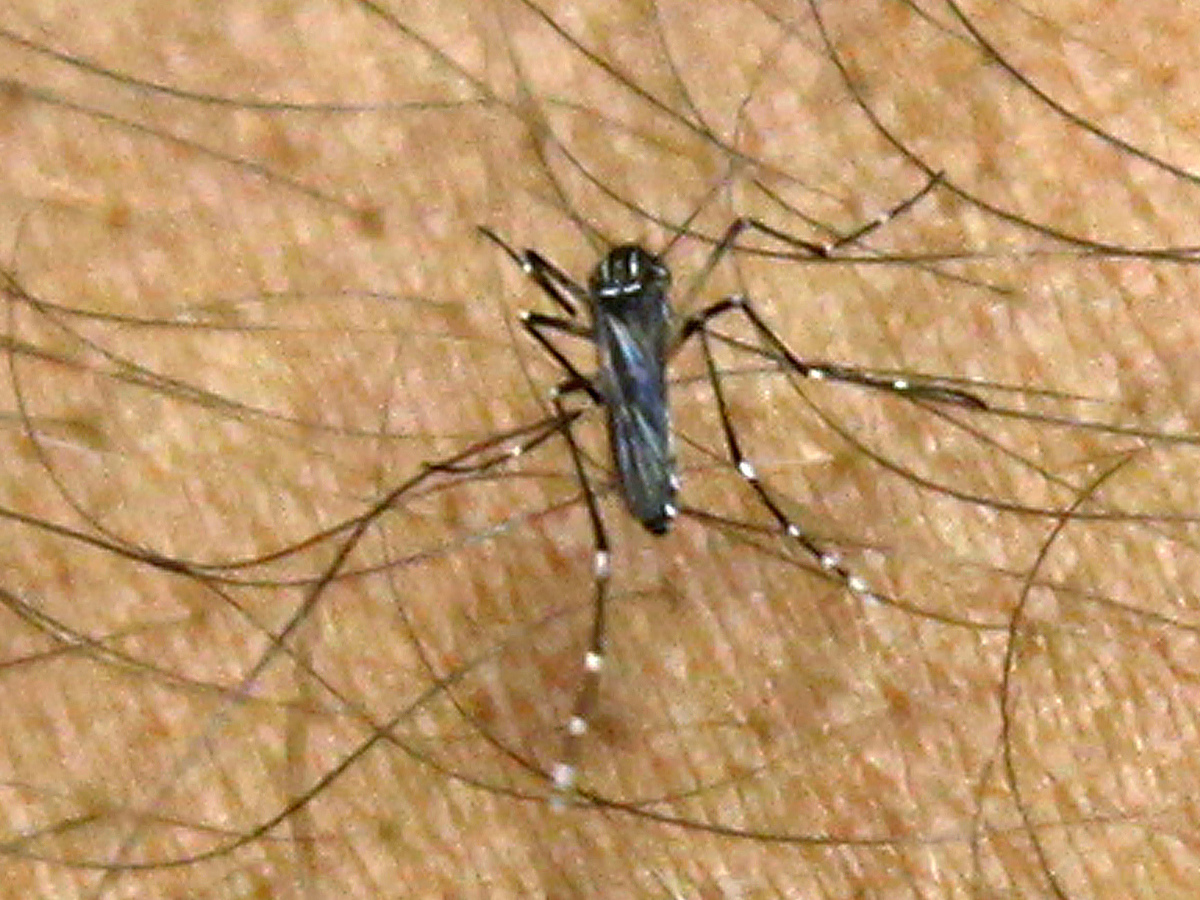 An Aedes aegypti mosquito feeds on the arm of Emilio Posada, the Upper Keys supervisor for the Florida Keys Mosquito Control District, in Key Largo, Fla.

For five years now, the district has been working with the British company Oxitec to get federal approval for a trial release of the mosquitoes in the Keys. The company releases genetically modified male Aedes aegypti mosquitoes into the wild. When they mate with female Aedes aegypti, their offspring die.

In trials in Brazil, the Cayman Islands and other countries, Oxitec has shown its GM mosquitoes can reduce the population of Aedes Aegypti by 90 percent or more. But after five years, a small but vocal group of residents is not convinced the mosquitoes are safe. Opponent Dina Schoneck told the board, there are still too many unanswered questions about the new technology. She said, "I believe there are a lot of risks that are not being considered."

Although it doesn't have any cases of local Zika transmission yet, Monroe County, which includes the Keys, has had big problems in the past with dengue, another disease carried by the same mosquito. The head of the county's health department, Bob Eadie, supports the trials. Just because the county hasn't had any local Zika cases yet doesn't mean the disease isn't a threat, he said. Eadie went on, "There is a tool available for the people of Monroe County that can help control mosquitoes that carry a very, very, very serious disease."

In August, the Food and Drug Administration gave its approval for the trial, saying it found no potential adverse impact on human health or the environment. Because of the vocal opposition, the Mosquito Control District's Board of Commissioners decided to submit the trial to the voters in the form of two nonbinding resolutions. One was for the residents of Key Haven, the community where the trials were proposed. The other referendum went before voters in the rest of the county.

Because Key Haven voters rejected it, commissioners say trials won't be conducted there. But in Saturday's meeting, the board approved trials elsewhere in the Keys at a location still to be determined. Jill Cranney-Gage is a commissioner who represents Key West. "This is a tool mosquito control needs. When you're sworn into office," Cranney-Gage said,"your main goal is to kill mosquitoes and to protect the residents and the county." 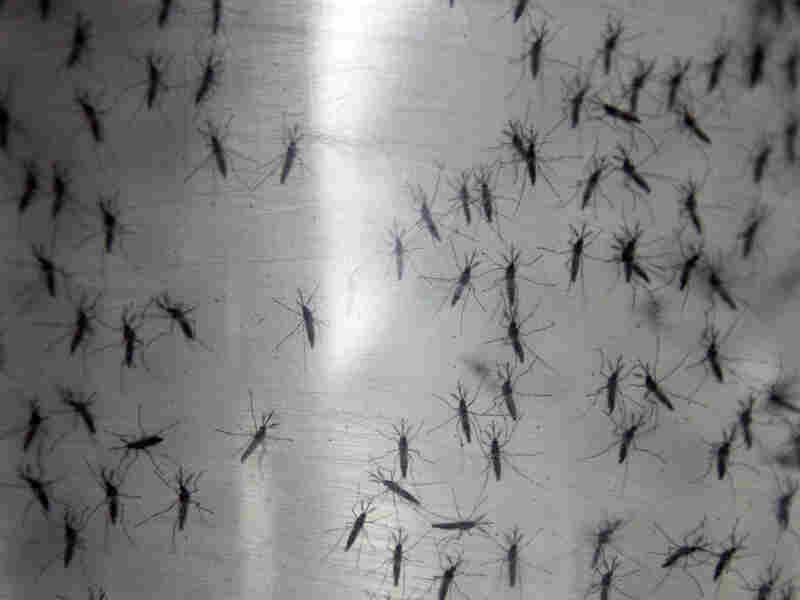 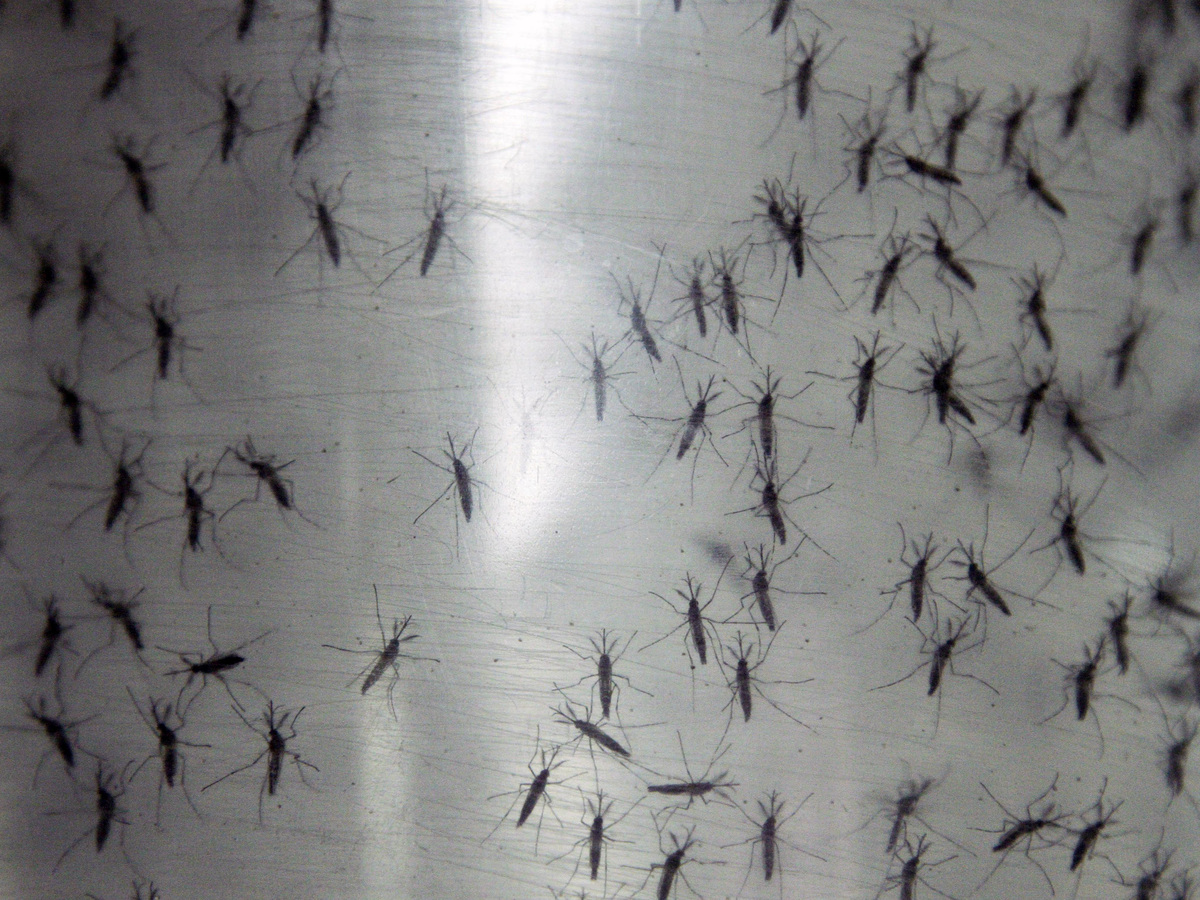 Officials in the Keys say the announcement by the World Health Organization that Zika is no longer a "public health emergency" is in no way an indication the threat is lessening but that instead, it's a disease that's here to stay

Florida Keys Mosquito Control District staff and Oxitec are now working now to identify a new neighborhood to conduct trials. Derric Nimmo with Oxitec is hopeful that identifying a new location and receiving federal approval will be a matter of a few months, and releases could start next year. Nimmo says he's encouraged that the GM mosquito technology gained the approval of a large majority — 58 percent of county residents. "So there is very strong support for use of this technology in Monroe County," he says. "And hopefully, they'll move forward with this trial."

After months of struggling with Zika, health officials and mosquito control authorities elsewhere in Florida are eager to begin their own trials of the GM mosquitoes. Oxitec says if things go well in the Keys, it could begin trials next year in Miami.