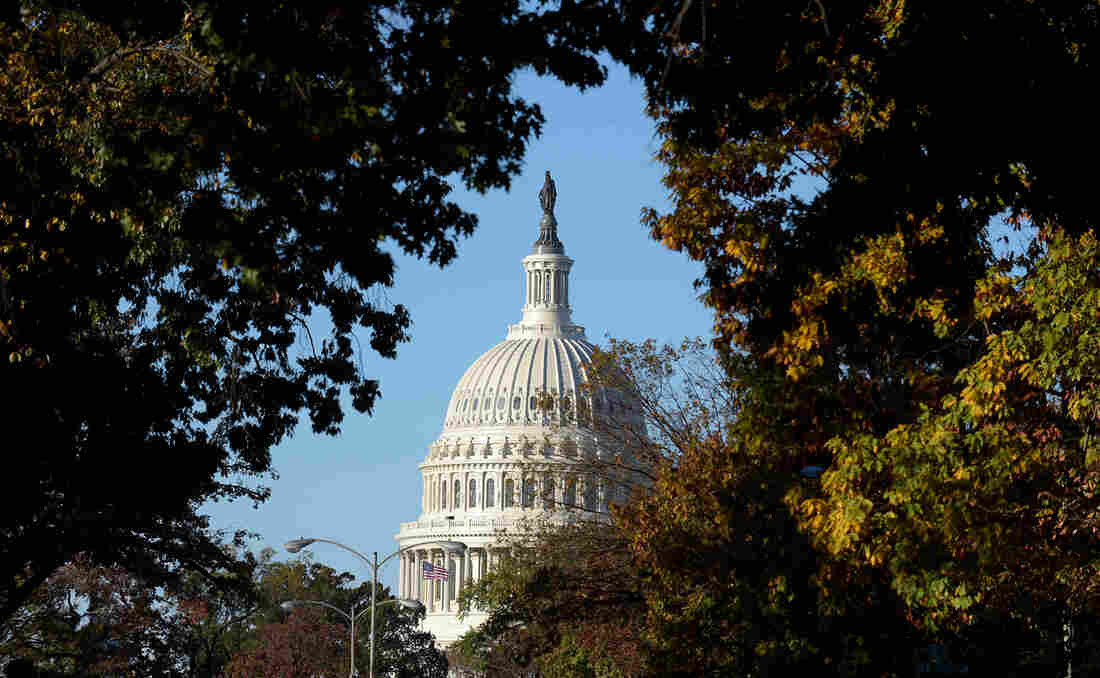 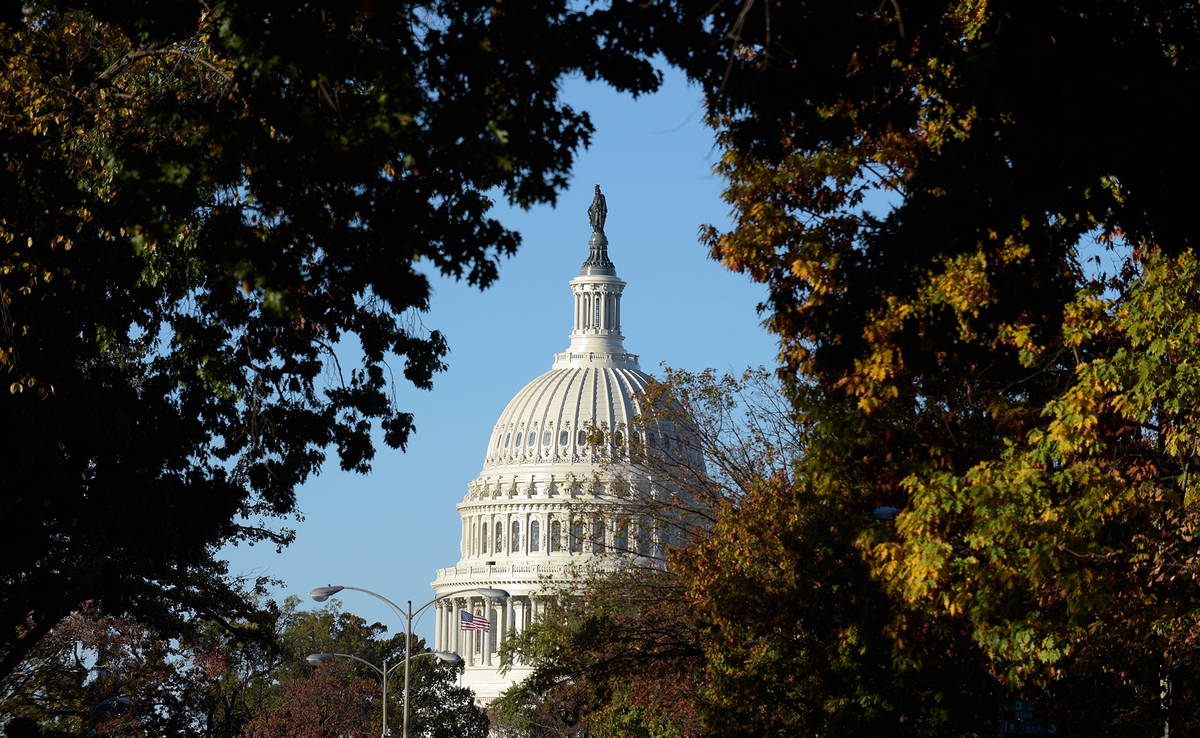 The 21st Century Cures Act now being refined by the lame duck Congress is one of the most-lobbied health care bills in recent history, with nearly three lobbyists working for its passage or defeat for every lawmaker on Capitol Hill.

More than 1,455 lobbyists representing 400 companies, universities and other organizations pushed for or against a House version of a Cures bill this congressional cycle, according to federal disclosure forms compiled by the Center for Responsive Politics.

The legislation would give the Food and Drug Administration new powers to more rapidly approve drugs and medical devices. The measure would also include additional funding for the agency as well as more money for the National Institutes of Health.

Work is now underway on a compromise expected to come up for a vote soon. While final details are still being negotiated, the House version that passed in June 2015 provided the NIH with $1.75 billion in additional annual funding over five years. The bill would keep generics off the market longer for drugs treating rare diseases and speed the drug and device approval process.

The Cures Act garnered more lobbying activity than all but a few of the more than 11,000 bills proposed in the 114th Congress, an analysis of the CRP data shows. It's also the second most-lobbied health care bill since 2011, surpassed only by the Medicare Access and CHIP Reauthorization Act of 2015, which, among other things, overhauled Medicare payments to health providers.

Putting a precise price tag on the lobbying is difficult because spending reports don't break down spending by specific measures. The reports show that interested groups spent as much as half a billion dollars from 2015 through the second quarter of 2016 on all lobbying disclosures that included the 21st Century Cures Act.

"In a bill of this importance and consequence, a lot of groups have a lot of interest in every line in that bill, and they're going to put as much pressure as they can on legislators — and maybe some executive branch people as well — to get favorable language in that bill to support their interests," said former Rep. Lee Hamilton, who founded the Indiana University Center on Representative Government after spending more than three decades in the House of Representatives. "The more intense the lobbying, the more money is at stake."

Senate Majority Leader Mitch McConnell identified the legislation as a priority after a 2016 election that has cast doubt on the future of the Affordable Care Act. President-elect Donald Trump has vowed to eliminate "red tape" at the FDA but hasn't specifically commented on the Cures Act.

"Absolutely this has gained a lot of attention on K Street" said Tim LaPira, a political science professor at James Madison University. Every Congress, he said, a few dozen bills spark a "feeding frenzy."

Even so, the bill hasn't spurred as much lobbying as the Affordable Care Act in 2009, which brought out more than 1,200 organizations, according to CRP data.

The Pharmaceutical Researchers and Manufacturers of America, or PhRMA, the main trade group for brand-name drugmakers, applauded the House bill's passage. The group's lobbying reports naming the bill accounted for $24.7 million in spending by the group, which spent $30.3 million overall.

Beyond the pharmaceutical industry, the bill's supporters include universities, medical schools and groups representing them, as well as patient groups funded by drug and device companies, said Diana Zuckerman of the nonprofit National Center for Health Research, which has not lobbied the bill, but has launched a campaign to convince congress to "fix" it.

"It really is a David and Goliath issue of where the money is," Zuckerman said. 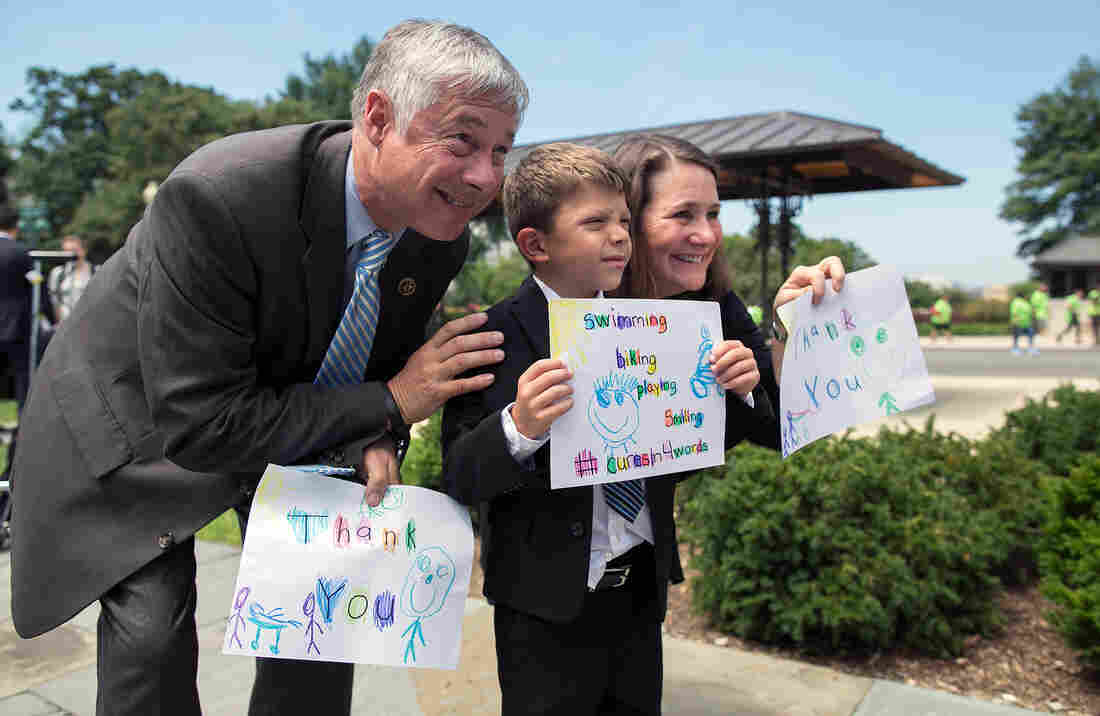 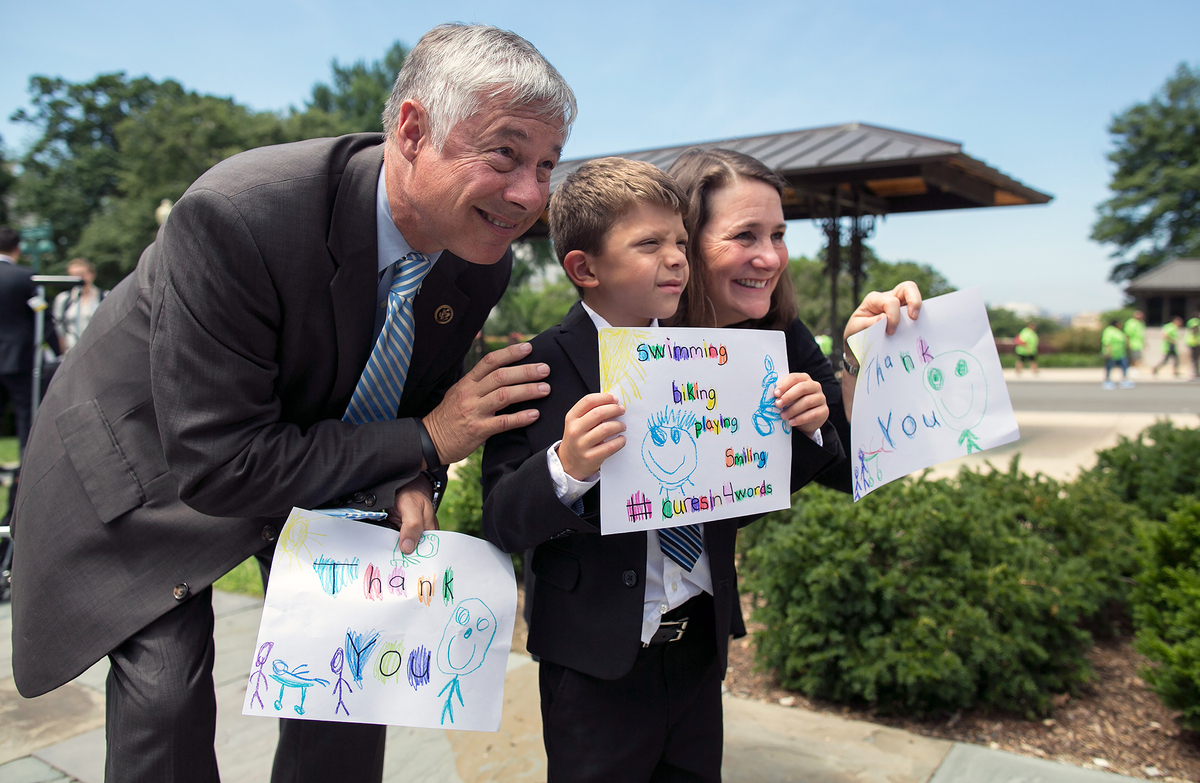 Rep. Fred Upton, a Michigan Republican, (left) and Rep. Diana DeGette, D-Colo., hold thank you signs made by Max Schill, 6, from Williamstown, N.J., after the House of Representatives voted in favor of the 21st Century Cures Act in 2015.

AbbVie, the maker of Humira, a drug used to treat arthritis, ulcerative colitis and Crohn's disease, reported $7.7 million in lobbying expenditures in disclosures listing the bill as an issue. The company's total lobbying was $9.5 million this cycle.

Hospitals and medical schools, which oppose rising drug costs, supported the bill because the NIH funding could propel grants to medical and research institutions, Zuckerman said.

The U.S. Chamber of Commerce generally supports the bill and reported $87.1 million in expenditures in disclosure reports that cited the Cures Act, with overall spending of $136.5 million through the second quarter of 2016.

The U.S Oil and Gas Association, with lobbying expenditures of $293,000, lists the Cures Act as a legislative issue. Funding for the bill would partly come from selling crude oil from the U.S. Government's Strategic Petroleum Reserve.

According to the House Committee on Energy and Commerce, money from oil sales would go toward funding NIH "because just as energy reserves are a national resource designed to protect and serve our citizens, so too is an investment in health innovation and research."

The U.S. Oil and Gas Association declined to comment.

Additional lobbyists may be working on the bill under the radar. LaPira said that lax lobbying disclosure requirements mean that some lobbyists may not disclose work on the bill, H.R. 6. That's what he saw when the Affordable Care Act was passed, too.

"The clerk's office is supposed to list the bill number if they know it, but nobody ever checks," he said. "That's another sort of trick of the trade: to hide in plain sight."

The bill is considered a swan song for sponsor Rep. Fred Upton, Republican from Michigan, whose tenure as chair of the House Committee on Energy and Commerce is nearing an end, said Paul Heldman, an analyst at Heldman Simpson Partners, a research firm that provides health policy analysis to investors. Upton garnered broad support from device makers, drug manufacturers, researchers and patient advocacy groups. He's received more than half a million dollars in campaign contributions from pharmaceutical and health product groups in the last two election cycles.