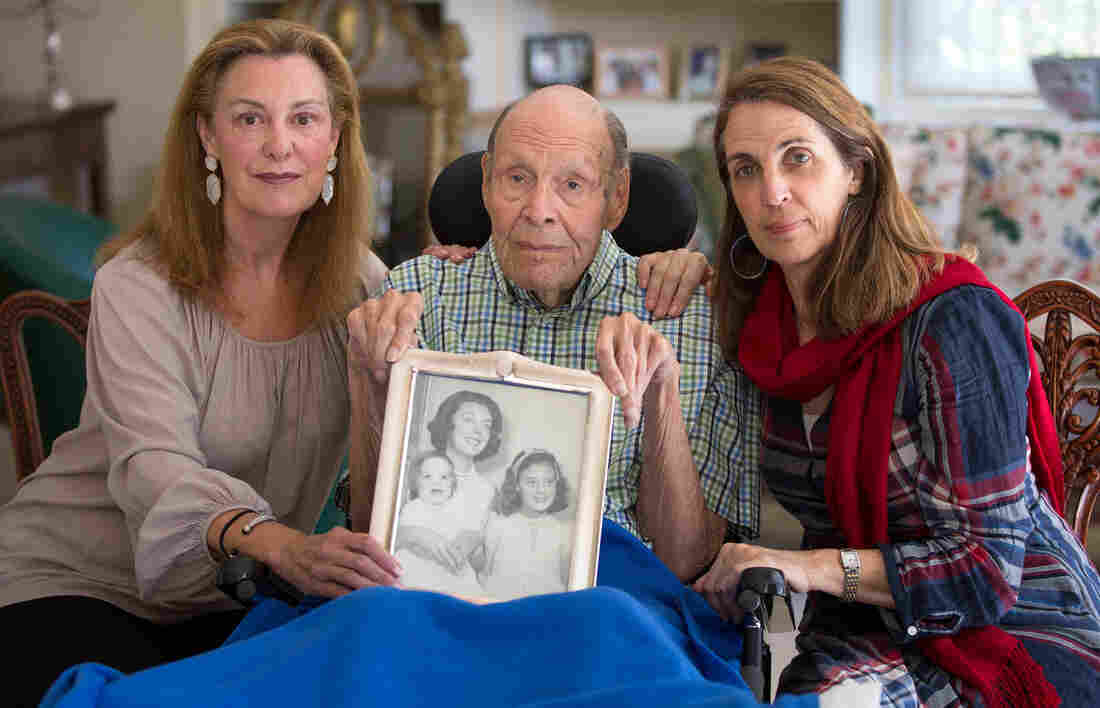 Laura Rees (left) and her sister Nancy Fee sit with their father, Joseph Fee, while holding a photo of his late wife, Elizabeth. Robert Durell for KHN hide caption 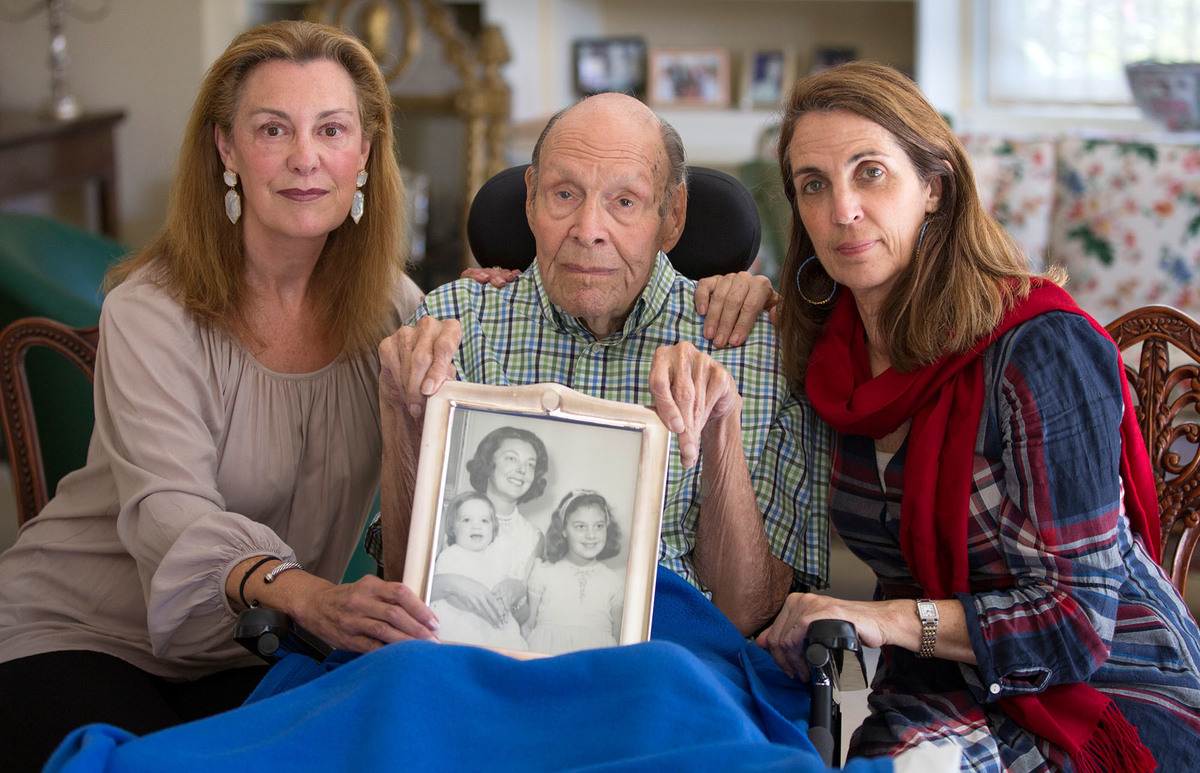 Laura Rees (left) and her sister Nancy Fee sit with their father, Joseph Fee, while holding a photo of his late wife, Elizabeth.

Hospitals have long been reluctant to share with patients their assessments of which nursing homes are best because of a Medicare requirement that patients' choices can't be restricted.

For years, many hospitals simply have given patients a list of all the skilled nursing facilities near where they live and told them which ones have room for a new patient. Patients have rarely been told which homes have poor quality ratings from Medicare or a history of public health violations, according to researchers and patient advocates.

"Hospitals are not sure enough that it would be seen as appropriate and so they don't want to take the chance that some surveyor will come around to cite them" for violating Medicare's rules, said Nancy Foster, vice president for quality and patient safety at the American Hospital Association.

As a result, patients can unknowingly end up in a nursing home where they suffer bed sores, infections, insufficient staffing or other types of substandard care.

But hospitals' tight-lipped approach to sharing quality information may soon be changed. The Obama administration is rewriting those rules, not just for patients going to nursing homes but also those headed home or to another type of health facility.

Conflicting Ratings For Home Health Agencies Can Be Puzzling

Hospitals will still have to provide patients with all nearby options, but the new rule says hospitals "must assist the patients, their families, or the patient's representative in selecting a post-acute care provider by using and sharing data" about quality that is relevant to a particular patient's needs for recovery. The rule was drafted in October 2015.

The administration hasn't said when it will be finalized. Should it not be enacted before the end of President Obama's term, its fate becomes uncertain. President-elect Donald Trump has pledged not to approve new regulations unless two existing ones are eliminated.

The quality requirement might have made a difference for Elizabeth Fee, an 88-year-old San Francisco woman who had been hospitalized for a broken hip. Her hospital, California Pacific Medical Center, told her family about its own nursing home but did not tell them that Medicare had given it one star, its lowest quality rating, Fee's family asserts in court papers.

"I feel we were misled because we believed that Mom was going to a facility that would have given her excellent care," her daughter Laura Rees said. "And what she got was not even close to that, it was like night and day." 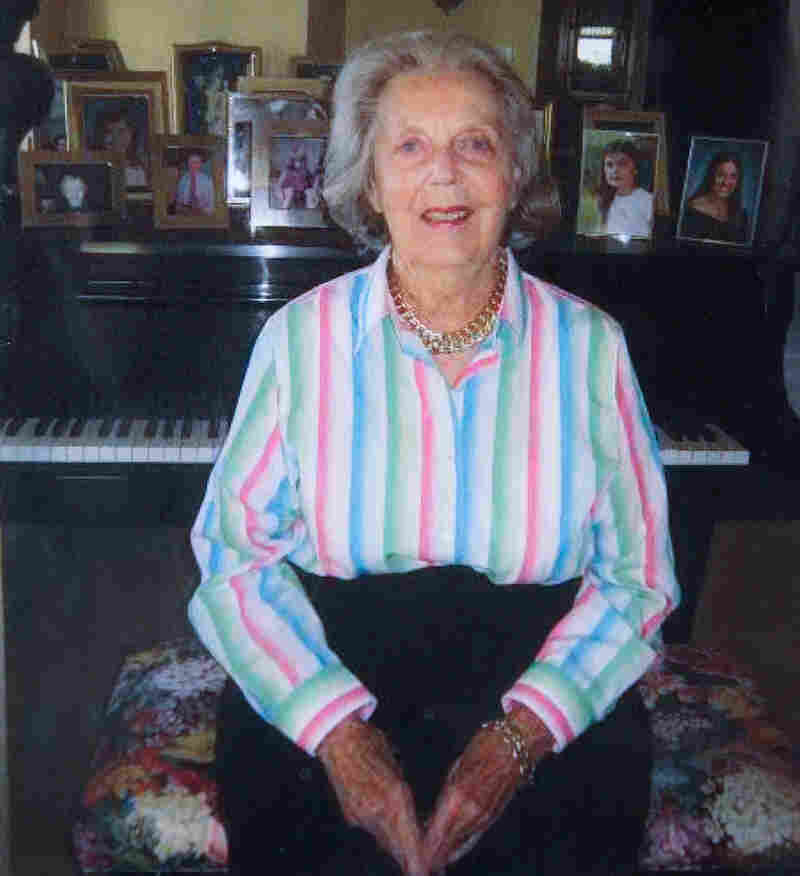 A family photo of Elizabeth Fee shortly before her death. Robert Durell for KHN hide caption 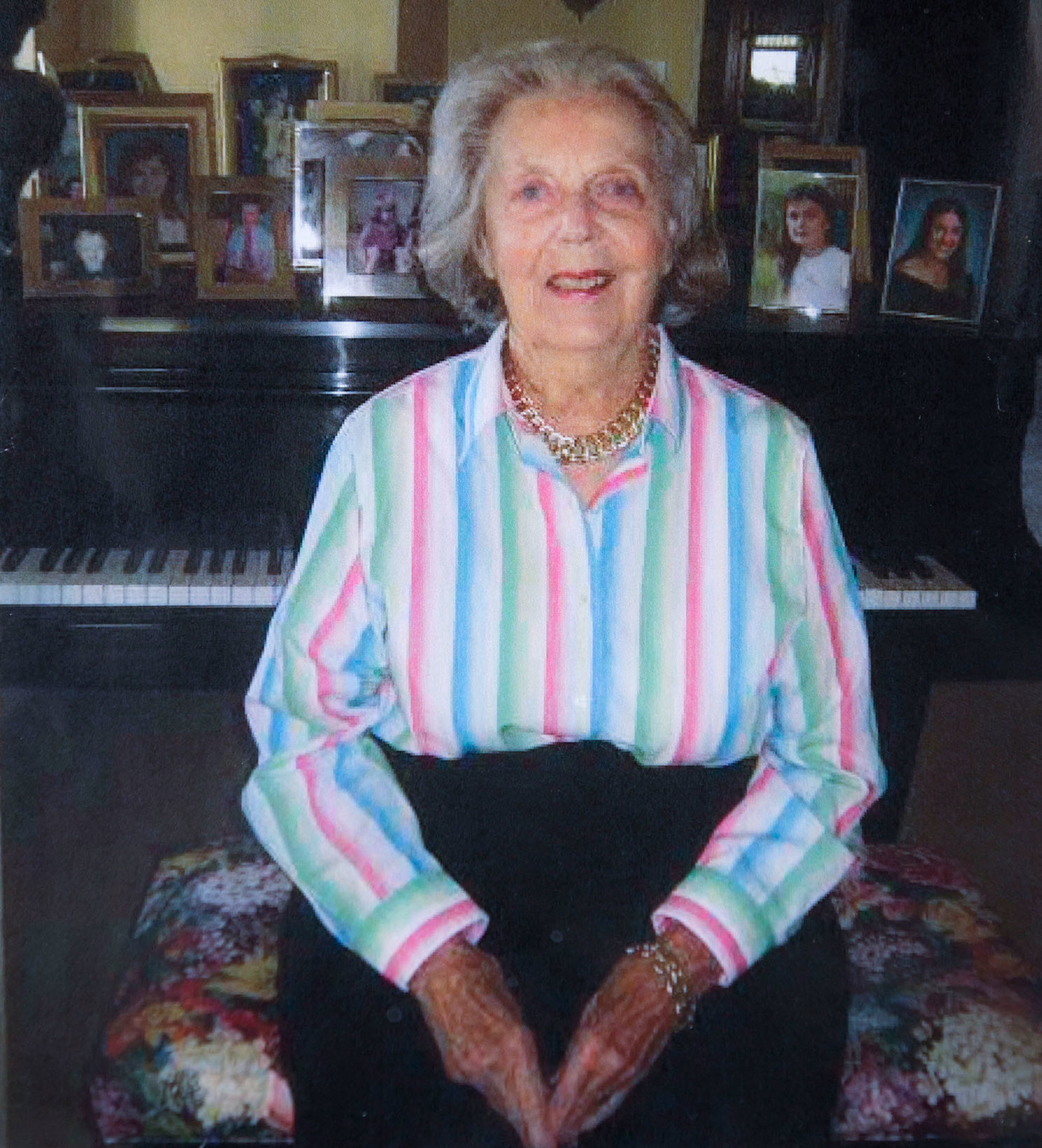 A family photo of Elizabeth Fee shortly before her death.

At the nursing home, Ms. Fee developed a bowel blockage that went undiagnosed until the morning of the day she died in February 2012. The nursing home and hospital have denied that they provided substandard care and declined to comment. The nursing home closed last year.

Some health systems haven't waited for Medicare's rule change to increase the information they provide patients about prospective nursing homes. In Massachusetts, Partners Healthcare, which runs Massachusetts General and Brigham and Women's hospitals — two teaching hospitals for Harvard University Medical School — endorses 67 nursing homes around the state based on a host of criteria, including state inspections, readmission rates, location and how frequently a doctor or nurse practitioner is at the facility.

Partners believes it doesn't violate Medicare's rules because it gives departing patients a complete list of nursing homes while noting on the list which ones are part of Partner's quality network, said Dr. Chuck Pu, a medical director at Partners. This fall, Partners dropped one of its own nursing homes from its preferred list after it got a poor inspection. "There's no free pass," Pu said.

More careful attention to nursing home quality has been encouraged by existing financial incentives created by the Affordable Care Act that cut payments to hospitals if too many patients are readmitted within a month. "The whole idea of preferred provider networks is really going to escalate in the future," said Brian Fuller, an executive with NaviHealth, a consulting company for hospitals that focuses on patient care after discharge.

Foster, the hospital association executive, said the proposed Medicare rule should make hospitals less wary about giving more detailed guidance. "This signals that it's okay for knowledgeable folks to really engage in that conversation with patients and their families," Foster said.

A previous version of this post incorrectly said Elizabeth Fee, a nursing home patient, died in January 2012. She was admitted to the facility that month, but died in February 2012.