Accessibility links
New Zika Cases Fall In Puerto Rico, But Health Effects : Shots - Health News More than 2,600 pregnant women on the island have tested positive for Zika. While the number of confirmed cases of fetal abnormalities has been small, officials are concerned about long-term effects. 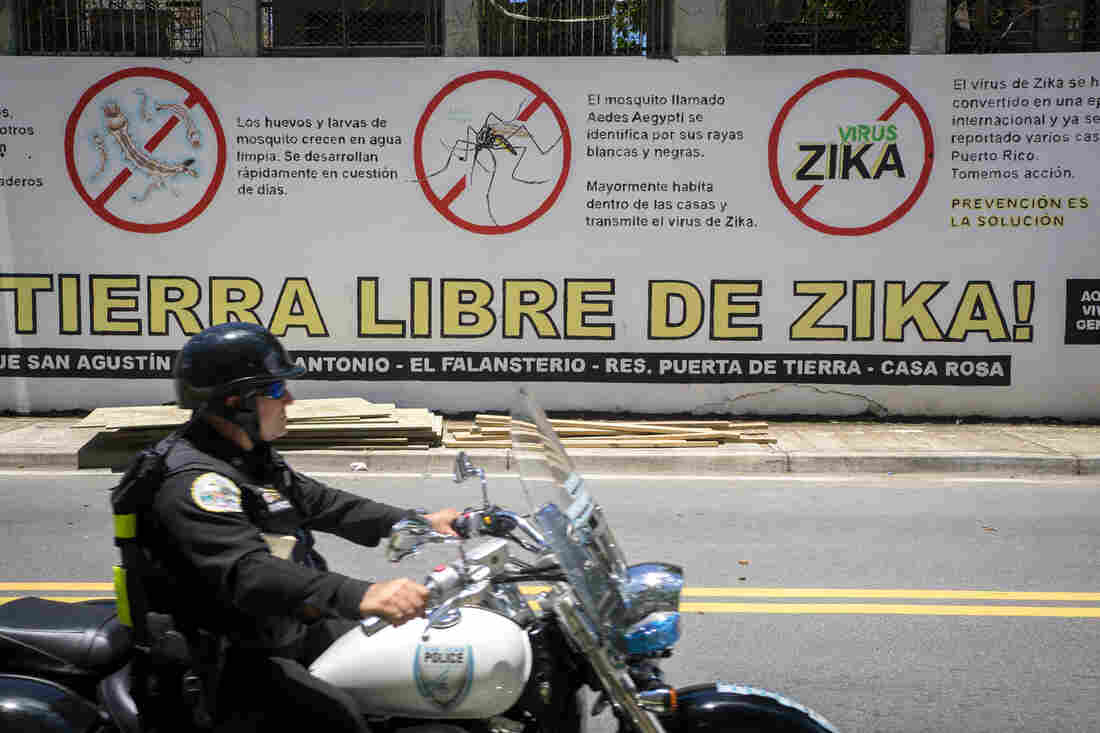 Anti-Zika advice applied to a wall in front of a housing project in the Puerta de Tierras section of San Juan, Puerto Rico. This public health message was part of an island-wide effort to stem the spread of Zika. Angel Valentin/Getty Images hide caption 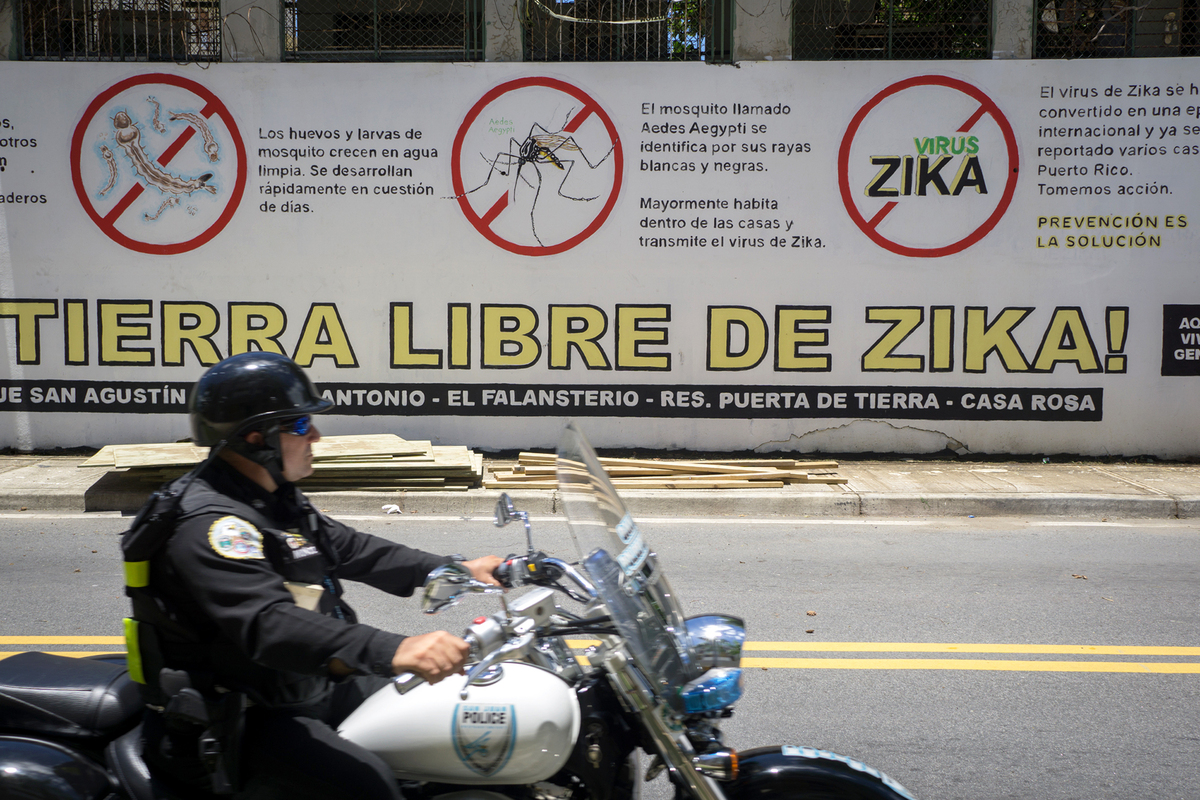 Anti-Zika advice applied to a wall in front of a housing project in the Puerta de Tierras section of San Juan, Puerto Rico. This public health message was part of an island-wide effort to stem the spread of Zika.

The number of new Zika cases in Puerto Rico has dropped dramatically in recent weeks, yet health officials worry the full effect of the outbreak on the island may not be known for months or years to come.

Puerto Rico has confirmed more than 34,000 Zika infections since the virus was first detected on the island in November 2015.

Tyler M. Sharp, acting head of epidemiology at the Center for Disease Control and Prevention's Dengue Branch in San Juan, says the outbreak peaked during the summer.

"In mid-August we were at more than 2,000 [confirmed] lab cases per week coming in," Sharp says. "Now we are at a little over 200 per week, so the numbers are down from where they were at the worst part of the outbreak. But there is continued transmission, so there's continued risk both to pregnant women and everybody else who's present on the island."

Sharp says that compared with other mosquito-borne outbreaks, such as chikungunya or dengue, the spread of Zika in the U.S. territory this year was huge.

"The number of Zika virus disease cases that we've documented in Puerto Rico in the last year is substantially larger than we've seen for any dengue epidemic in the last ..." he pauses to ponder how long, "Well, ever."

That's in part because dengue has been circulating in the territory for decades.

"Many people in Puerto Rico have immunity against dengue," Sharp explains. "When Zika was introduced nobody had immunity, so effectively everybody was susceptible."

The tricky thing about Zika is that most people who get infected have mild cases; some don't have any symptoms at all. But the virus has also been linked to neurological problems, including severe birth defects such as microcephaly.

Health officials' greatest concern about Zika has been its potential effect on pregnant women and their developing fetuses. More than 2,600 pregnant women on the island have tested positive for Zika infections. Dr. Brenda Rivera, the territorial epidemiologist with the Puerto Rico Department of Health, says among those pregnancies only a handful of fetal abnormalities have been confirmed. Most of those were seen in pregnancies that were aborted or didn't go all the way to term.

"We still don't know what the implications are of having been infected during pregnancy," she says. "We still don't know if you're going to show developmental problems later on. You might be normal at birth with normal head circumference, no overt structural abnormalities but what developmental problems we might see in these kids later on, that's still a question that hasn't been satisfactorily answered."

A study out of Brazil published Nov. 22 found that some babies exposed to Zika in the womb and who weren't born with microcephaly ended up developing it later on. Those children however did show abnormalities on brain scans at birth.

Researchers and health officials, including Rivera in Puerto Rico, say huge questions about this virus and its effects on pregnancy remain.

Even though transmission of Zika appears to have peaked in Puerto Rico, Rivera says the real work of figuring this disease out lies ahead. She and her colleagues have their eyes on more than 2,600 pregnancies. "About half of those are still ongoing," she says. "So there's a lot that we still need to monitor, and our intent is to monitor the children of these pregnancies for up to three years to better understand the scope of the disease."