Glowing Human Cells May Shed Light On Sickness And Health

Glowing Human Cells May Shed Light On Sickness And Health 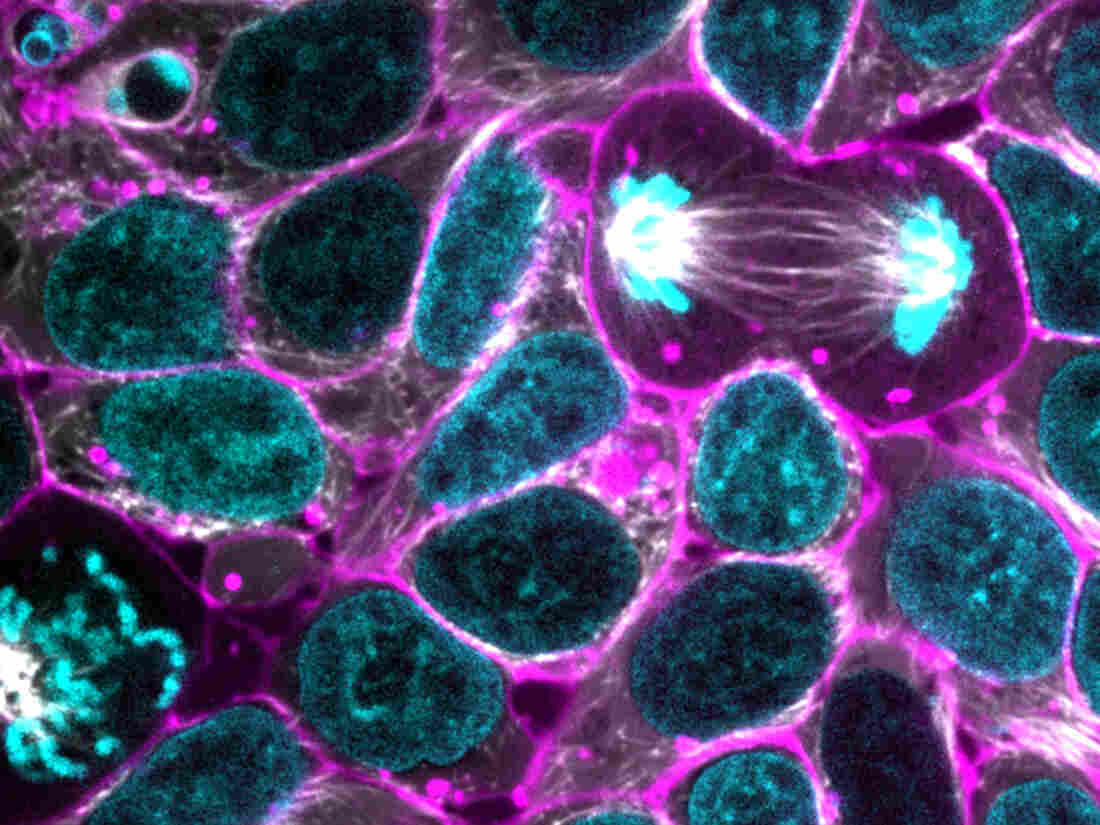 In a cluster of glowing human stem cells, one cell divides. The cell membrane is shown in purple, while DNA in the dividing nucleus is blue. The white fibers linking the nucleus are spindles, which aid in cell division. Allen Institute for Cell Science hide caption 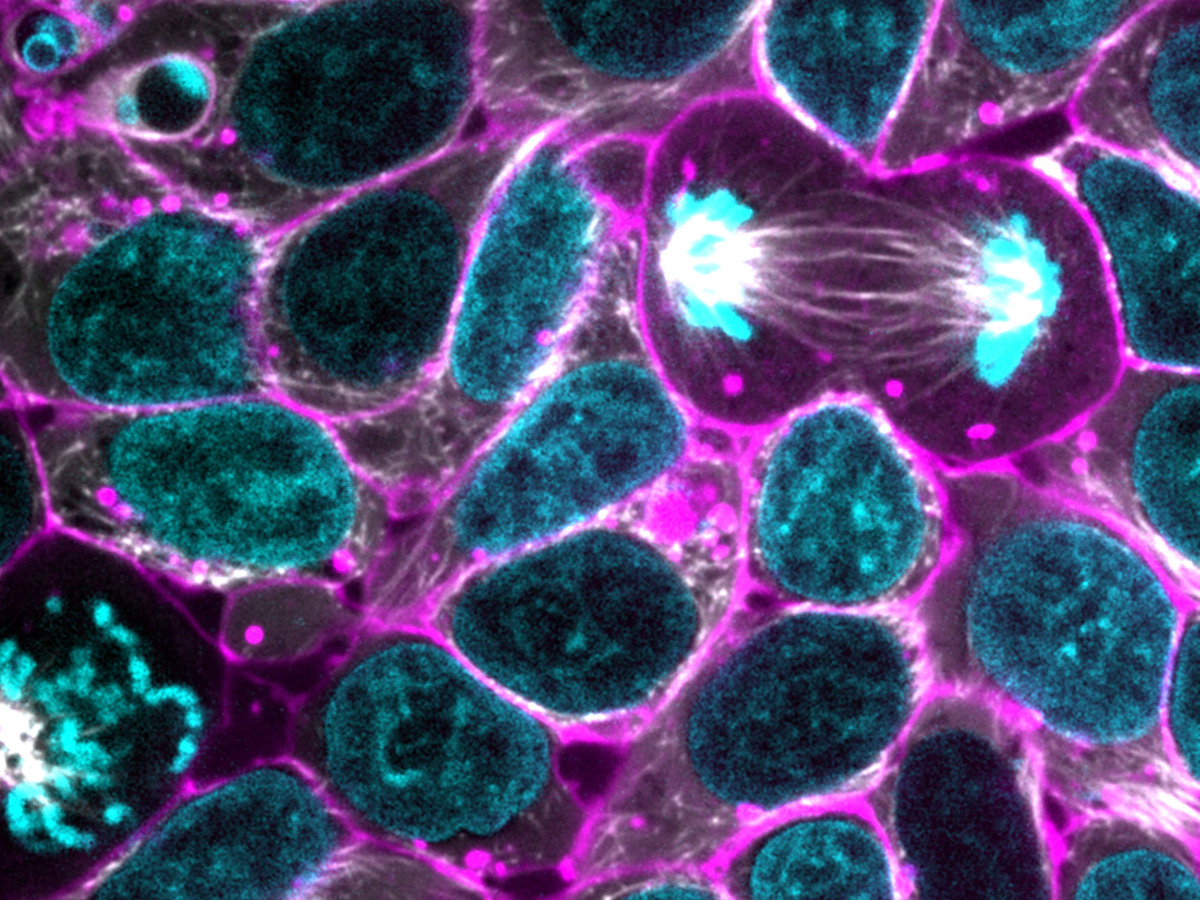 In a cluster of glowing human stem cells, one cell divides. The cell membrane is shown in purple, while DNA in the dividing nucleus is blue. The white fibers linking the nucleus are spindles, which aid in cell division.

A nonprofit research group is giving scientists a new way to study the secret lives of human cells.

On Wednesday, the Allen Institute for Cell Science provided access to a collection of living stem cells that have been genetically altered to make internal structures like the nucleus and mitochondria glow.

"What makes these cells special is that they are normal, healthy cells that we can spy on and see what the cell does when it's left alone," says Susanne Rafelski, director of assay development at the institute. Under a microscope, "they are a wonder to behold," she says.

Left: A highly magnified time-lapse movie shows the nuclei of glowing human stem cells moving and dividing. The nucleus contains most of a cell's DNA. Right: The nuclei inside a colony of stem cells.

The cells originally came from skin. But they have the potential to become many different types of cells, including those found in the heart and brain.

And they could help scientists answer basic questions about how cells specialize as they develop, how disease changes a cell and how experimental drugs affect certain types of cells.

"We're creating a powerful resource and a tool that any biologist can use," says Ruwanthi Gunawardane, director of stem cells and gene editing at the Allen institute.

Initially, the institute is releasing five cell lines through the Coriell Institute for Medical Research. Each line has a different internal structure that glows, allowing researchers to see how that structure moves and changes during a cell's life.

"What's really cool about this is that we can watch the cell as it divides," Gunawardane says.

Any scientist can order the cells online for a price that reflects only the distribution cost. "Our goal was to make this absolutely accessible to any person working on stem cells," Gunawardane says.

Until now, many scientists have had to rely on cells that grow abnormally or have mutations, Gunawardane says. And there has been no good way to see a living cell's internal structures without disrupting its normal operation.

The new cell lines are the product of cutting-edge technology found in just a few labs, Gunawardane says. "We would not have been able to do this two years ago," she says.