Accessibility links
Abortion-Rights Groups Challenge Laws In 3 States : Shots - Health News Abortion-rights supporters are going on the offensive to challenge state laws that limit access to abortion, even as they anticipate more restrictions under a Trump administration. 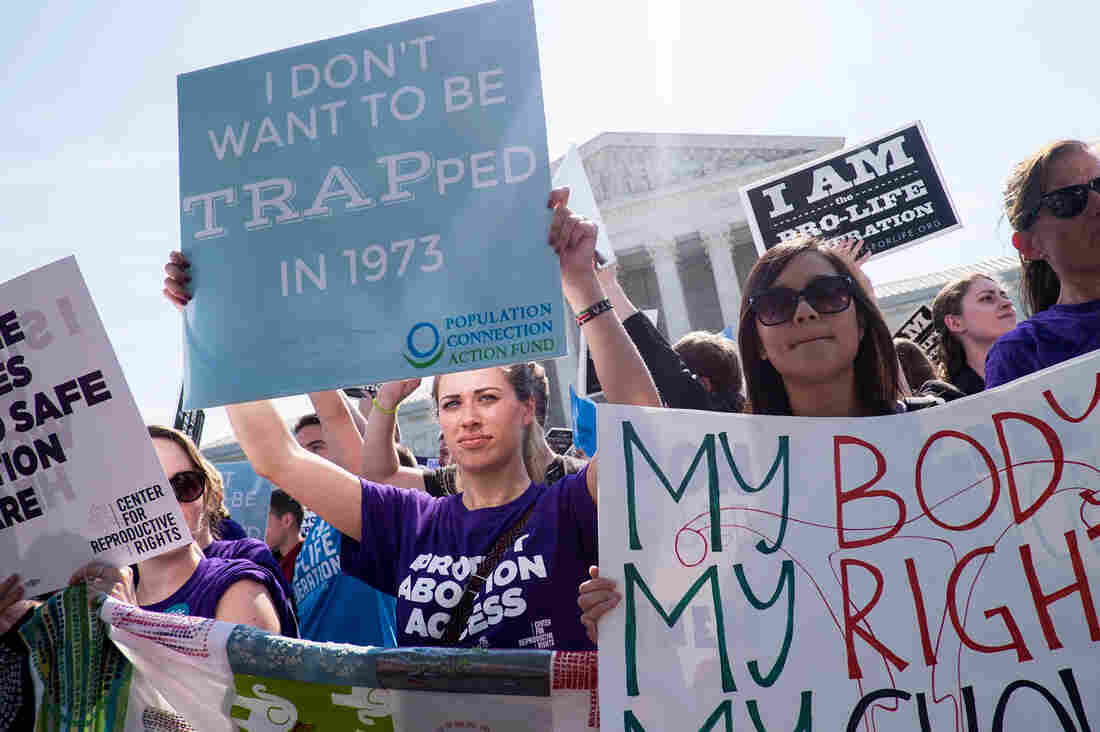 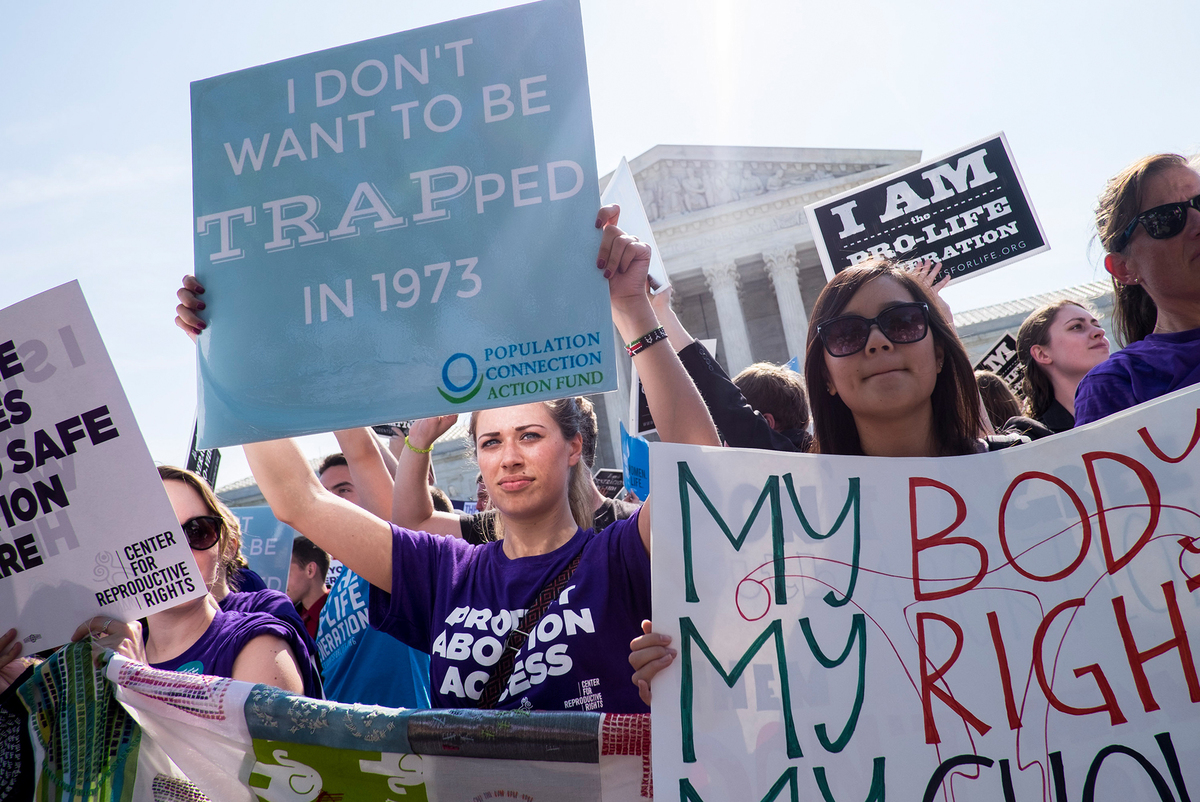 People await a decision outside the Supreme Court on June 27. The court struck down a Texas law restricting abortions.

There's no shortage of speculation about how the incoming Trump administration, whose appointees so far are staunch abortion opponents, might crack down on access to the procedure.

But reproductive rights groups say the big picture is getting lost: Women in large parts of the country already have limited access to abortion, due to hundreds of Republican-backed laws passed by state legislatures over the past half-decade.

"People are forced to travel hundreds of miles, cross state lines, miss work, lose wages and jeopardize their health and safety to obtain an abortion," says Carrie Flaxman, an attorney with Planned Parenthood.

On Wednesday, Planned Parenthood joined the ACLU and the Center for Reproductive Rights in filing legal challenges to abortion restrictions, targeting laws in three states:

North Carolina. The lawsuit challenges a law banning abortion after 20 weeks of pregnancy, except in the case of a medical emergency. That is several weeks earlier than the generally agreed point of fetal viability, before which the 1973 Roe v. Wade decision says women have a constitutional right to abortion.

Alaska. A four-decade-old restriction effectively bans second-trimester abortions in outpatient health centers. Abortion-rights advocates say for many women the only option would be to fly out of state, if they can afford it.

Missouri. Restrictions require doctors who perform abortions to have admitting privileges in hospitals, and clinics have to have the same health and safety standards as ambulatory surgical centers. Abortion-rights advocates say this has left the state with just one clinic that provides abortions.

The Missouri laws are similar to those in Texas that were struck down in a landmark Supreme Court ruling last June. Julie Rikelman, interim vice president of the Center for Reproductive Rights, says that precedent could help overturn the other restrictions as well. She says the ruling makes clear that states must consider whether a restriction actually benefits women's health, and they must "look at real and credible evidence." She says, "They can't look at junk science."

In the case of 20-week bans, abortion opponents often claim that fetuses can feel pain at that point, an assertion disputed by most medical research. That claim is not made in the North Carolina law.

Denise Burke, vice president of legal affairs for Americans United for Life, thinks that North Carolina's 20-week ban will withstand this new challenge for another reason. An amendment that took effect this year set a stricter standard for exemptions, saying a woman can have the procedure after 20 weeks only if her life is in danger or there is a "serious risk of substantial and irreversible physical impairment of a major bodily function."

"The plaintiffs are simply saying the exception [in the North Carolina law] is too narrow," Burke says. But even if it's overturned, she does not consider this a broad challenge to other such laws. "Texas' 20-week abortion ban remains in effect, as do 20-week limitations in other states."

Meanwhile, Burke says abortion opponents will continue to push for new restrictions. Texas this week announced it will soon require some aborted fetuses to be buried or cremated, not disposed of as medical waste. Courts have blocked similar measures in Indiana and Louisiana, but Burke says she expects that more states will propose versions of her organization's Unborn Infants Dignity Act when lawmakers convene next year.

Burke notes that the Supreme Court ruling also said that health and safety standards can be constitutional if they show evidence of harmful conditions inside clinics that perform abortion. She says, "AUL is preparing a special project to present such evidence."

As reproduction-rights groups launch more legal challenges, they have a new concern. By the time these cases wend their way up to the Supreme Court, President-elect Donald Trump may have appointed one or more justices to it. He has said he will make it a priority to choose people who would overturn the constitutional right to an abortion in Roe v. Wade.

"We know it is now at greater risk than it was before," says Rikelman of the Center for Reproductive Rights. But the right to abortion "has stood the test of time and been approved by a variety of justices appointed by a variety of administrations."