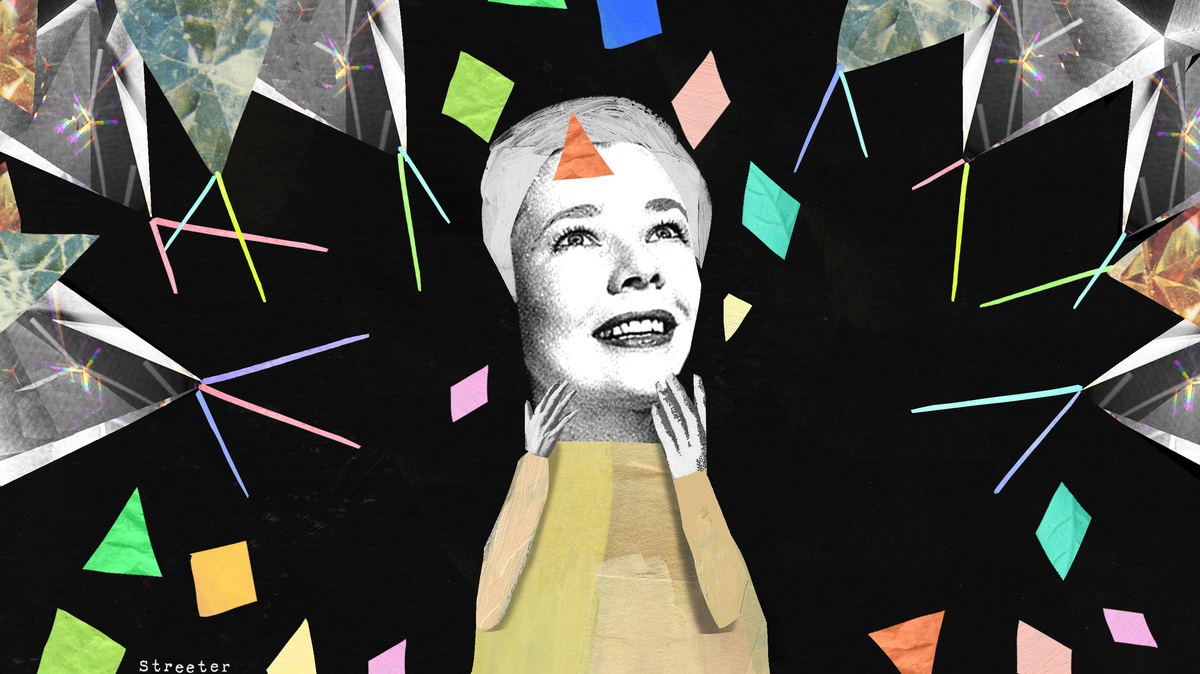 The brilliantly-colored shapes reminded Carol Vincent of fluorescent deep-sea creatures, and they floated past her languidly. She was overwhelmed by their beauty — and then suddenly, as if in a dream, she was out somewhere in deep space instead. "Oh, wow," she thought, overwhelmed all over again. She had been an amateur skydiver in her youth, but this sensation didn't come with any sense of speeding or falling or even having a body at all. She was just hovering there, gazing at the universe.

Vincent was having a psychedelic experience, taking part in one of the two studies just published that look at whether cancer patients like her could overcome their death-related anxiety and depression with a single dose of psilocybin.

It turned out they could, according to the studies, conducted at New York University and Johns Hopkins and reported this week in the Journal of Psychopharmacology. NYU and Hopkins scientists gave synthetic psilocybin, the hallucinogenic component of "magic mushrooms," to a combined total of 80 people with advanced cancer suffering from depression, anxiety, and "existential angst." At follow-up six months or more later, two-thirds of the subjects said their anxiety and depression had pretty much disappeared after a single dose.

And about 80 percent said the psilocybin experience was "among the most personally meaningful of their lives," Roland Griffiths, a professor of psychiatry and leader of the Hopkins team, said in an interview.

That's how it was for Vincent, one of the volunteers in Griffiths' study. By the time she found her way to Hopkins in 2014, Vincent, now 61, had been living for six years with a time bomb of a diagnosis: follicular non-Hodgkin's lymphoma, which she was told was incurable. It was asymptomatic at the time except for a few enlarged lymph nodes, but was expected to start growing at some undefined future date; when it did, Vincent would have to start chemotherapy just to keep it in check. By 2014, still symptom-free, Vincent had grown moderately anxious, depressed, and wary, on continual high alert for signs that the cancer growth had finally begun.

"The anvil over your head, the constant surveillance of your health — it takes a toll," says Vincent, who owns an advertising agency in Victoria, British Columbia. She found herself thinking, "What's the point of this? All I'm doing is waiting for the lymphoma. There was no sense of being able to look forward to something." When she wasn't worrying about her cancer, she was worrying about her son, then in his mid-20s and going through a difficult time. What would happen to him if she died?

Participating in the psilocybin study, she says, was the first thing she'd looked forward to in years.

The experiment involved two treatments with psilocybin, roughly one month apart — one at a dose high enough to bring on a markedly altered state of consciousness, the other at a very low dose to serve as a control. It's difficult to design an experiment like this to compare treatment with an actual placebo, since it's obvious to everyone when a psychedelic experience is underway.

The NYU study used a design similar to Hopkins' but with an "active placebo," the B vitamin niacin, instead of very-low-dose psilocybin as the control. Niacin speeds up heart rate but doesn't have any psychedelic effect. In both studies it was random whether a volunteer got the dose or the control first, but everyone got both, and the order seemed to make no difference in the outcome.

Vincent had to travel from her home in Victoria to Baltimore for the sessions; her travel costs were covered by the Heffter Research Institute, the New Mexico nonprofit that funded both studies. She spent the day before each treatment with the two Hopkins staffers who would be her "guides" during the psilocybin trip. They helped her anticipate some of the emotional issues — the kind of baggage everyone has — that might come to the fore during the experience.

The guides told Vincent that she might encounter some hallucinations that were frightening, and that she shouldn't try to run away from them. "If you see scary stuff," they told her, "just open up and walk right in."

They repeated that line the following day — "just open up and walk right in" — when Vincent returned to Hopkins at 9 a.m., having eaten a light breakfast. The treatment took place in a hospital room designed to feel as homey as possible. "It felt like your first apartment after college, circa 1970," she says, with a beige couch, a couple of armchairs and some abstract art on the wall.

Vincent was given the pill in a ceramic chalice, and in about 20 minutes she started to feel woozy. She lay down on the couch, put on some eye shades and headphones to block out exterior sights and sounds, and focused on what was happening inside her head. The headphones delivered a carefully-chosen playlist of Western classical music, from Bach and Beethoven to Barber's "Adagio for Strings," interspersed with some sitar music and Buddhist chants. Vincent recalled the music as mostly soothing or uplifting, though occasionally there were some brooding pieces in a minor key that led her images to a darker place.

With the music as background, Vincent started to experience a sequence of vivid hallucinations that took her from the deep sea to vast outer space. Listening to her describe it is like listening to anyone describe a dream — it's a disjointed series of scenes, for which the intensity and meaning can be hard to convey.

She remembered seeing neon geometric shapes, a gold shield spelling out the name Jesus, a whole series of cartoon characters — a fish, a rabbit, a horse, a pirate ship, a castle, a crab, a superhero in a cape — and at some point she entered a crystal cave encrusted with prisms. "It was crazy how overwhelmed by the beauty I was," she says, sometimes to the point of weeping. "Everything I was looking at was so spectacular."

At one point she heard herself laughing in her son's voice, in her brother's voice, and in the voices of other family members. The cartoon characters kept appearing in the midst of all that spectacular beauty, especially the "comical crab" that emerged two more times. She saw a frightening black vault, which she thought might contain something terrifying. But remembering her guides' advice to "just open up and walk right in," she investigated, and found that the only thing inside it was herself.

When the experience was over, about six hours after it began, the guides sent Vincent back to the hotel with her son, who had accompanied her to Baltimore, and asked her to write down what she'd visualized and what she thought about it.

Griffiths had at first been worried about giving psychedelics to cancer patients like Vincent, fearing they might actually become even more afraid of death by taking "a look into the existential void."

But even though some research participants did have moments of panic in which they thought they were losing their minds or were about to die, he said the guides were always able to settle them down, and never had to resort to the antipsychotic drugs they had on hand for emergencies. (The NYU guides never had to use theirs, either.)

How LSD Makes Your Brain One With The Universe

Many subjects came away feeling uplifted, Griffiths says, talking about "a sense of unity," feeling part of "an interconnected whole." He adds that even people who are atheists, as Vincent is, described the feeling as precious, meaningful or even sacred.

The reasons for the power and persistence of psilocybin's impact are still "a big mystery," according to Griffiths. "That's what makes this research, frankly, so exciting," he says. "There's so much that's unknown, and it holds the promise for really understanding the nature of human meaning-making and consciousness."

He says he looks forward to using psilocybin in other patient populations, not just people with terminal diagnoses, to help answer larger existential questions that are "so critical to our experience as human organisms."

Two and a half years after the psychedelic experience, Carol Vincent is still symptom-free, but she's not as terrified of the "anvil" hanging over her, no longer waiting in dread for the cancer to show itself. "I didn't get answers to questions like, 'Where are you, God?' or 'Why did I get cancer?' " she says. What she got instead, she says, was the realization that all the fears and worries that "take up so much of my mental real estate" turn out to be "really insignificant" in the context of the big picture of the universe.

This insight was heightened by one small detail of her psilocybin trip, which has stayed with her all this time: that little cartoon crab that floated into her vision along with the other animated characters.

"I saw that crab three times," Vincent says. The crab, she later realized, is the astrological sign of cancer — the disease that terrified her, and also the sign that both her son and her mother were born under. These were the three things in her life that she cared about, and worried over, most deeply, she says. "And here they were, appearing as comic relief."

Science writer Robin Marantz Henig is a contributing writer for The New York Times Magazine and the author of nine books.