Accessibility links
CRISPR In Court: Legal Battle Over Patent Rights Set To Begin : Shots - Health News A gene-editing technology called CRISPR-cas9 could be a gold mine for its inventors, but it's not clear who owns the idea. U.S. patent judges will soon hear oral arguments to decide the issue. 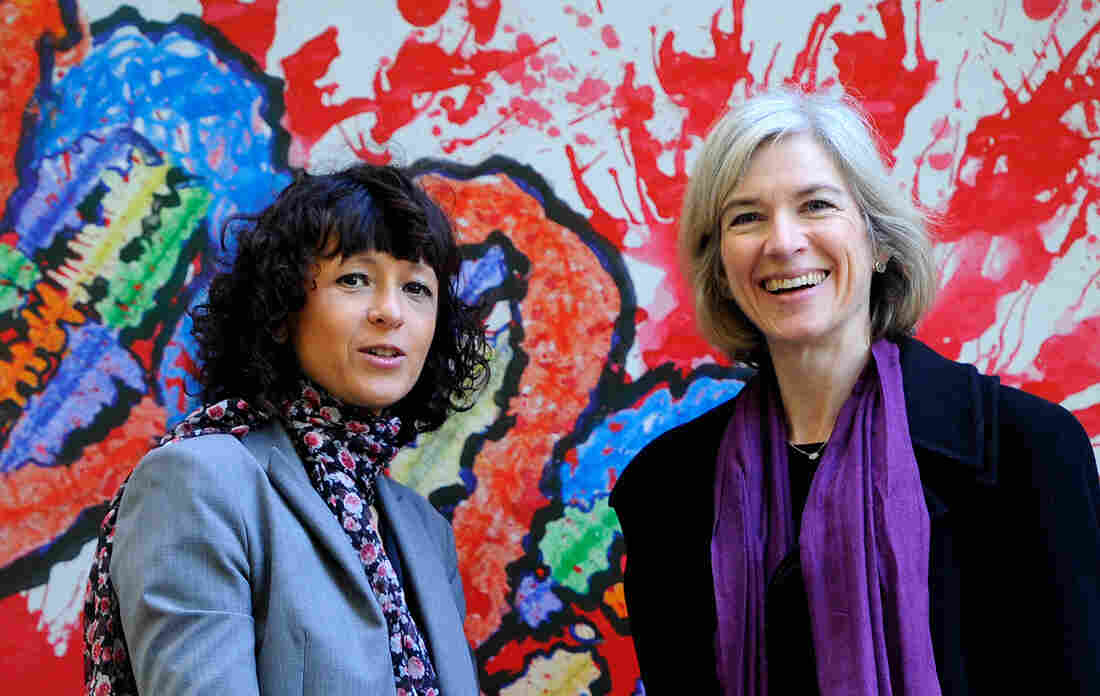 Emmanuelle Charpentier (left) and Jennifer Doudna have a case for being the inventors of CRISPR-cas9, a transformative tool for gene editing. Miguel Riopa/AFP/Getty Images hide caption 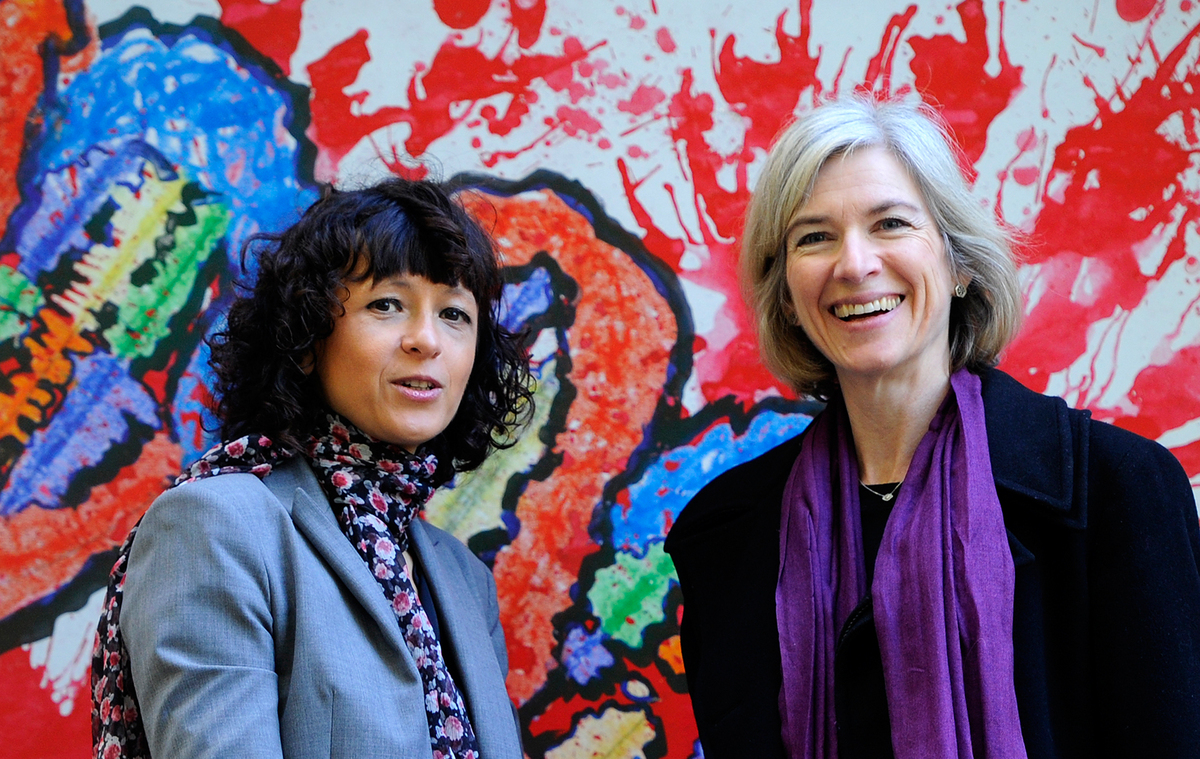 Emmanuelle Charpentier (left) and Jennifer Doudna have a case for being the inventors of CRISPR-cas9, a transformative tool for gene editing.

The high-stakes fight over who invented a technology that could revolutionize medicine and agriculture heads to a courtroom Tuesday.

A gene-editing technology called CRISPR-cas9 could be worth billions of dollars. But it's not clear who owns the idea.

U.S. patent judges will hear oral arguments to help untangle this issue, which has far more at stake than your garden-variety patent dispute.

"This is arguably the biggest biotechnology breakthrough in the past 30 or 40 years, and controlling who owns the foundational intellectual property behind that is consequentially pretty important," says Jacob Sherkow, a professor at the New York Law College.

The CRISPR-cas9 technology allows scientists to make precise edits in DNA, and that ability could lead to whole new medical therapies, research tools and even new crop varieties.

"Part of what makes it such a fun spectator sport is the amount of money that's at stake," says Robert Underwood, at the Boston law firm McDermott Will & Emery. "These could potentially be the most valuable biotech patents ever."

The dispute pits high-prestige universities and well-regarded scientists against one another.

On one side of the dispute are research collaborators Jennifer Doudna at the University of California, Berkeley and her European colleague Emmanuelle Charpentier (currently at the Max Planck Institute for Infection Biology in Berlin). 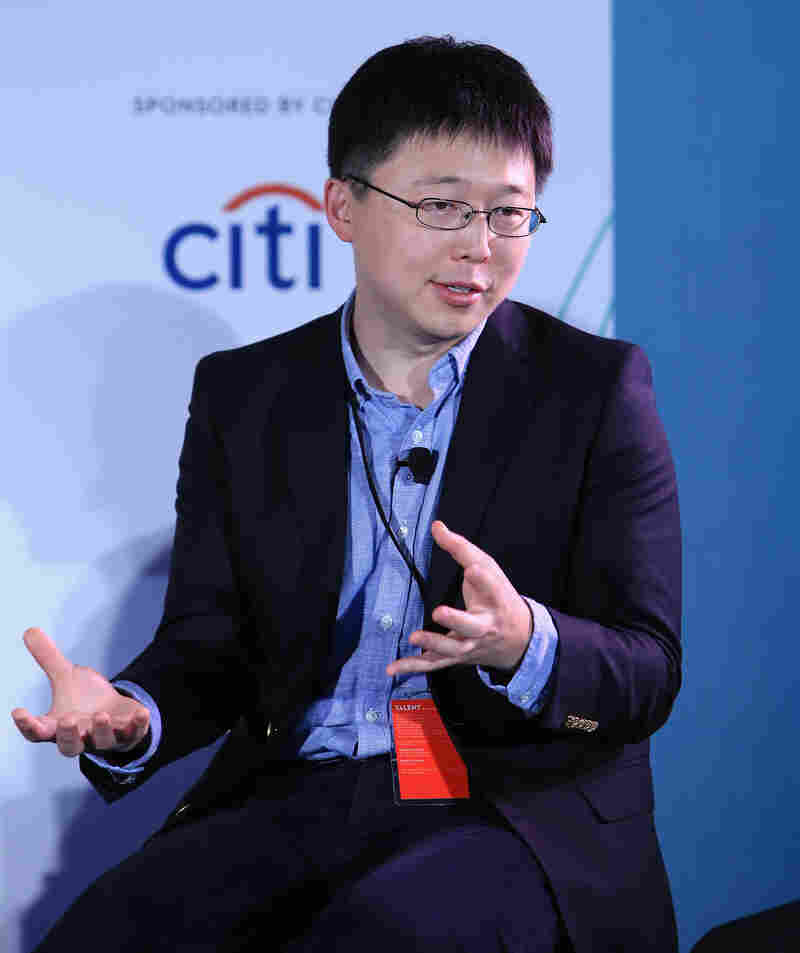 Feng Zhang, of the Broad Institute, is one of the contenders vying for royalties from CRISPR patents. Anna Webber/Getty Images for The New Yorker hide caption 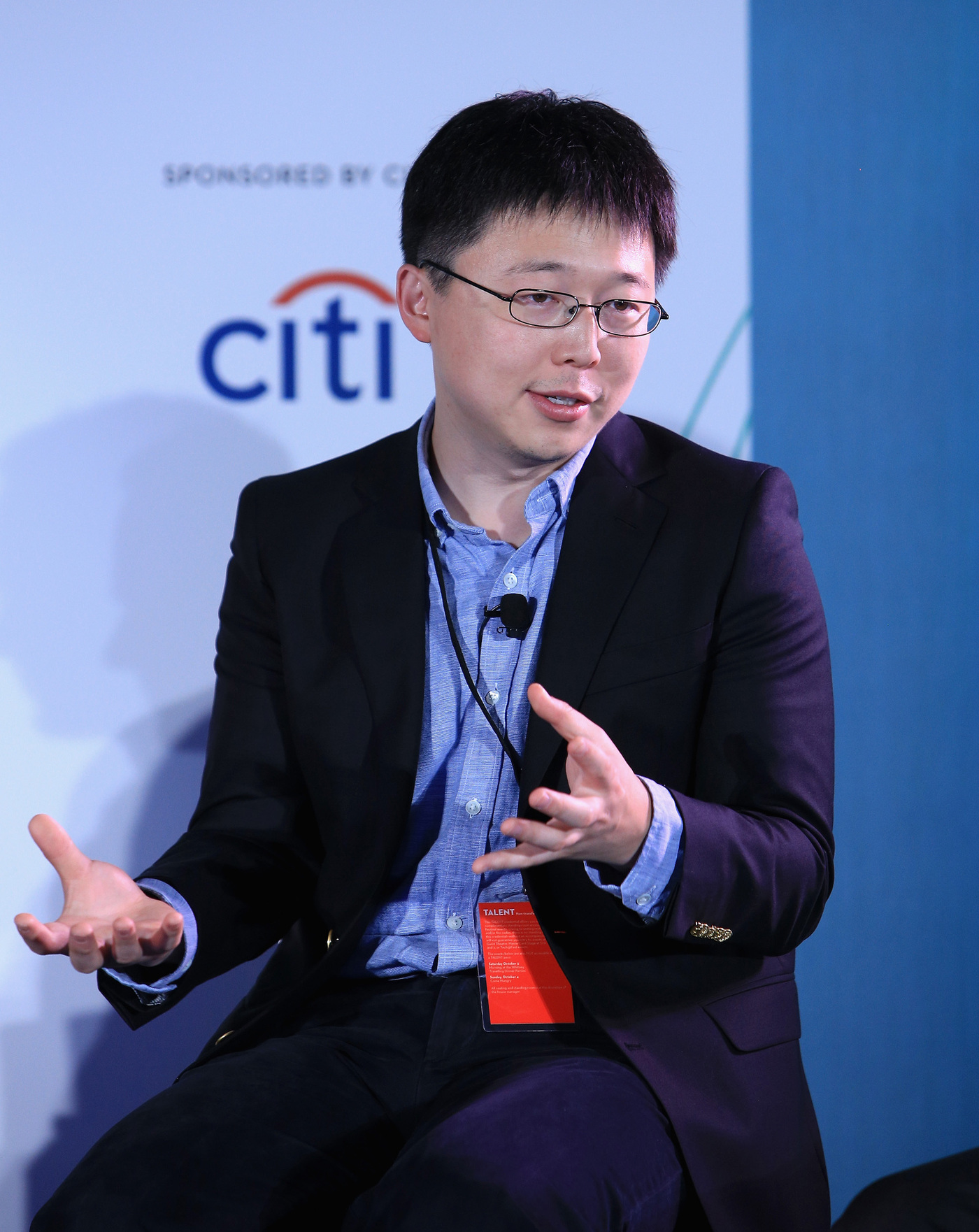 Feng Zhang, of the Broad Institute, is one of the contenders vying for royalties from CRISPR patents.

"When they filed their patent application [in 2012], they did a great job disclosing how to use CRISPR for bacteria, but were a little lighter on details about how to use CRISPR in the cells of higher organisms" such as human cells, Sherkow says.

"Later in 2012, Feng Zhang at the Broad Institute at MIT and Harvard files his patent application that gives a pretty detailed description about how to use CRISPR in the cells of higher organisms," Sherkow continues.

And since the most important use of the technology is its ability to edit DNA in higher organisms, the real battle is over who can claim that invention.

Zhang's patent went through the process faster, so it was issued first. But when the Berkeley patent came up for a decision, that created what's known in patent parlance as an "interference." So now the patent office needs to sort out exactly what the invention is and who invented it first.

"The dispute largely does appear like a winner-take-all affair," Sherkow says.

But the patent court could decide that there are distinct inventions, each meriting its own patents.

Or it could decide that it's not patentable at all, for various reasons.

"The other thing that could happen is the patents could be made moot by other discoveries," says Anette Breindl, senior science editor at the trade journal BioWorld. "I'm sure the existing patents are written to be broad, but there could be new discoveries that just get around those patents."

The stakes are enormous. Breindl says three companies built around these patents already have a billion dollars of investment behind them, and a fourth company has a stake in the technology that could be worth $2 billion.

The scientists themselves stand to gain a great deal — and so do their universities, which are listed on the patents as well.

Robert Cook Deegan, at Arizona State University's School for the Future of Innovation in Society, says regardless of how this legal battle comes out, academic researchers can still use the CRISPR technology without worrying about ownership rights, "but if you're doing any research that might eventually be commercially valuable well, then you've got a problem."

Those researchers would need to license the technology's rightful owner, whoever that ends up being, "and the concern is how many licenses you're going to have to pick up, and if there's going to be one dominant patent that everybody has to license from a particular firm," he says.

Some companies have already placed their bets, and they've licensed the right to use CRISPR from one or the other of the companies involved in the patent battle. If that patent evaporates, Underwood says, "I don't think you'd get your money back."

And any inventions based on the patent wouldn't be protected, or possibly legal to sell. So companies in this field are anxiously awaiting the outcome of the patent dispute. Tuesday's hearing is just one step in a process that's likely to last through 2017.

In court, the two sides are expected to give brief answers to questions from the patent judges and jockey for position, trying to get the case framed in the way most favorable to their interests.

"Whatever the resolution is, if there's no settlement, we can expect appeals that will last for years," he says.

And, on top of the patent dispute, scientists widely assume that CRISPR will earn Nobel Prizes for the scientists who are ultimately recognized as the inventors of this transformative technology.