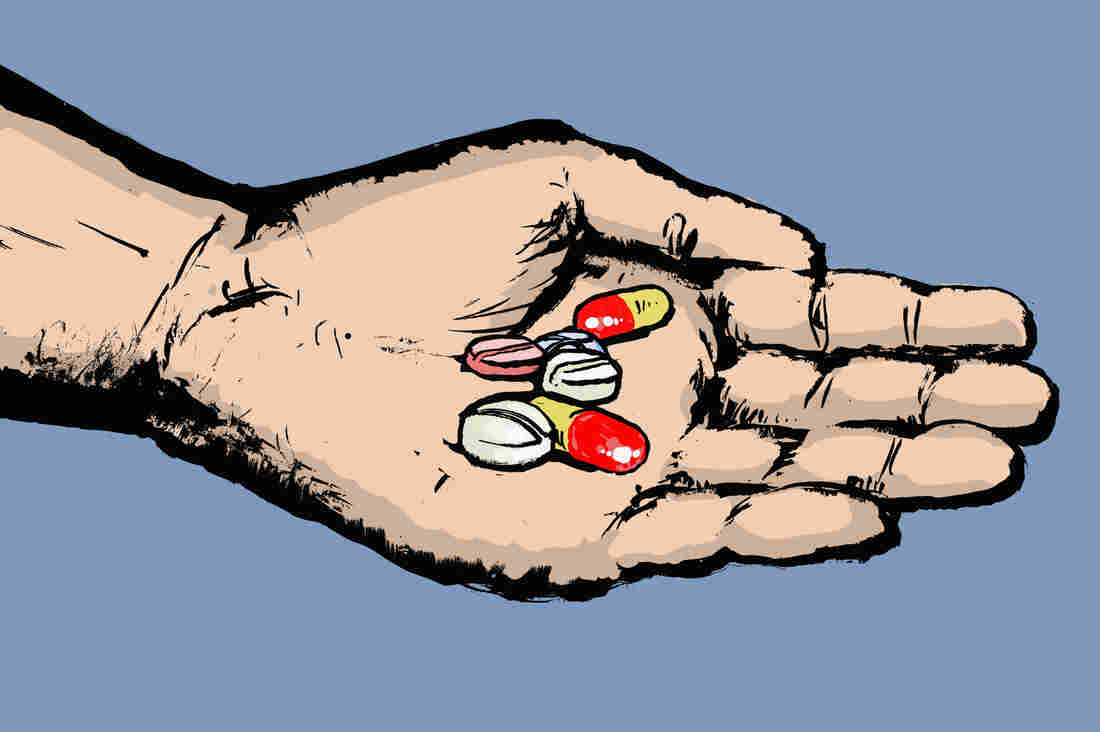 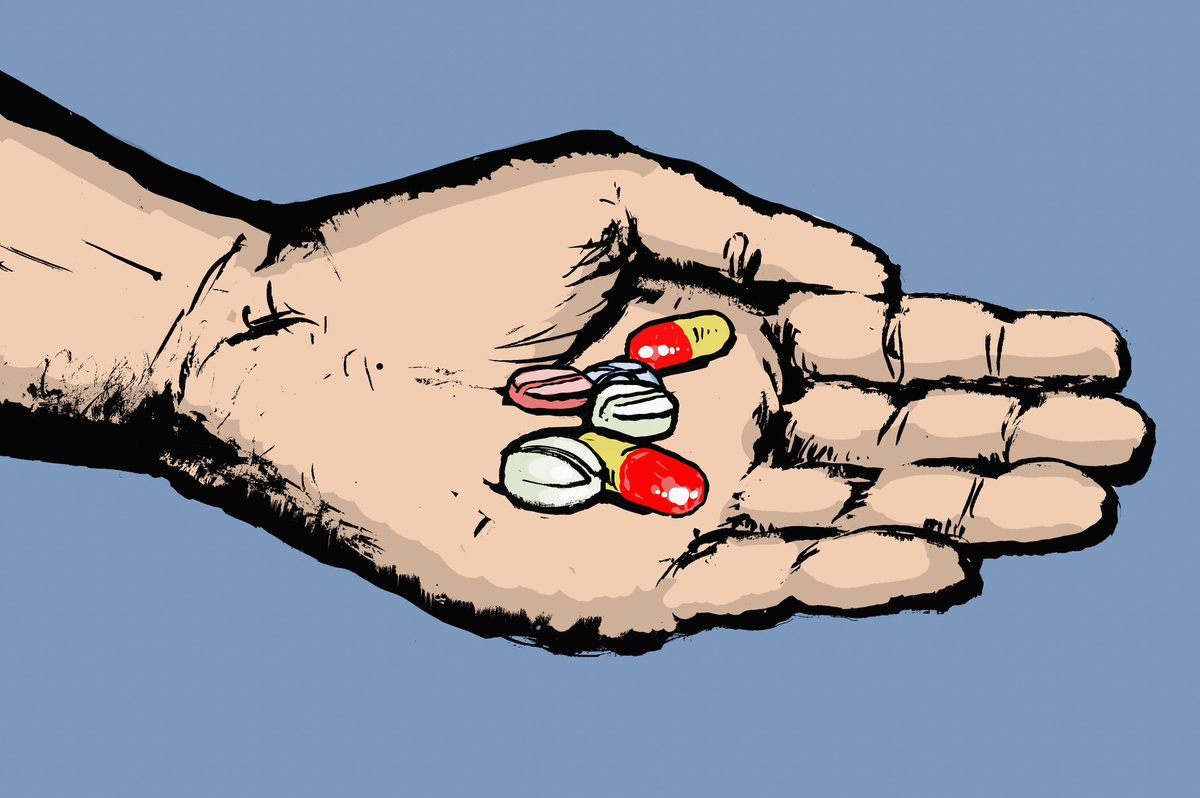 America's attitude toward pain has shifted radically over the past century. Psychiatrist Anna Lembke says that 100 years ago, the medical community thought that pain made patients stronger.

"Doctors believed that pain was salutary," she tells Fresh Air's Terry Gross, "meaning that it had some physiologic benefit to the individual, and certainly some spiritual benefit."

But as prescription painkillers became more available, patients became less willing to endure pain. Suddenly, Lembke says, "doctors began to feel that pain was something they had to eliminate at all cost."

When A Prescription For Pain Pills Becomes A Gateway To Addiction

"Starting in the 1980s, doctors started to be told that opioids were effective treatment for chronic pain, and that treating patients long-term with opioids was evidence-based medicine," she says. "That was patently false and that was propagated by what I call 'big medicine,' in cahoots with Big Pharma." 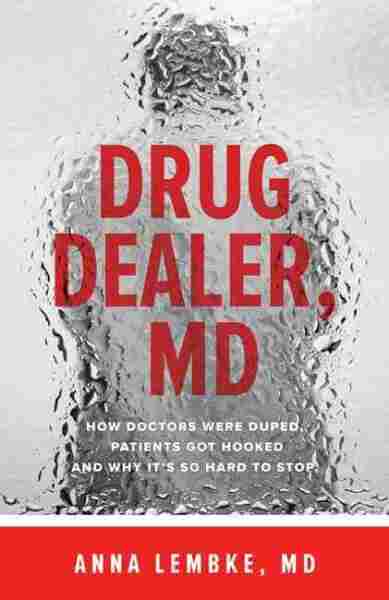 How Doctors Were Duped, Patients Got Hooked, and Why It's So Hard to Stop

Title
Drug Dealer, MD
Subtitle
How Doctors Were Duped, Patients Got Hooked, and Why It's So Hard to Stop
Author
Anna, M.D. Lembke

It was very insidious and subtle. One of the ways I realized was that my patients weren't getting better. They were asking for more and more medications at higher and higher doses. They were wanting early refills, and then it really wasn't until the prescription drug monitoring program was made available in the state of California where I could go online and see the other prescriptions that my patients were getting from other doctors when I suddenly realized what a huge problem it was — not just for patients taking opioid painkillers — but also for my own patients.

For example, I had a patient I was seeing for many years, he was a lawyer and I prescribed him Ambien, 10 milligrams every bedtime. Ambien is a sleep aid. And that went on for years, and, incidentally, I decided to check the prescription drug monitoring program and what I found out was that he was seeing at least 10 other doctors who were also prescribing Ambien, 10 milligrams daily. He had an Ambien addiction, and I never knew until I checked that database.

On treating patients with perplexing pain

What ends up happening to these patients often is they get "medicalized," and by that I mean they end up seeing four or five or 10 different specialists. Everybody has a different diagnosis. They get poked and prodded and "surgerized," and by the end of it they come out five or 10 years later with real bona fide physical problems because they've had so many surgeries and so many interventions. And by then they're also on very high-dose opiates.

Doctors were taught that no dose was too high. So if you had a patient who responded to opioids, but then developed tolerance where that dose wasn't working, when they came back in you should just give them more opioids. And that's how we got to this place where we have patients who are on unbelievable doses, astronomical amounts. ...

Doctors were told that opioids are not addictive as long as you're prescribing them for a patient in pain, as if there was some sort of magic halo effect with the prescription. That also is obviously not true. Now we're seeing studies showing that upwards of 50 percent of patients taking opioids long-term for a medical condition begin to show signs and symptoms of addiction to those opioids.

The pharmaceutical industry realized that they can no longer directly go to doctors to get them to prescribe their pills. Various regulations were put in place to prevent them giving gifts and pens and hats and things that we do know can influence doctor prescribing. So instead they took a kind of Trojan horse approach and infiltrated regulatory agencies and academic medicine in order to convince doctors that prescribing more opioids was evidence-based medicine, and evidence-based medicine means medicine based on science, and that's something that all doctors are supposed to practice. ...

So it became a kind of groupthink where it looked like treating pain aggressively with opioids was something that was based on science, when in fact it was based on Big Pharma's influence of these major regulatory bodies. 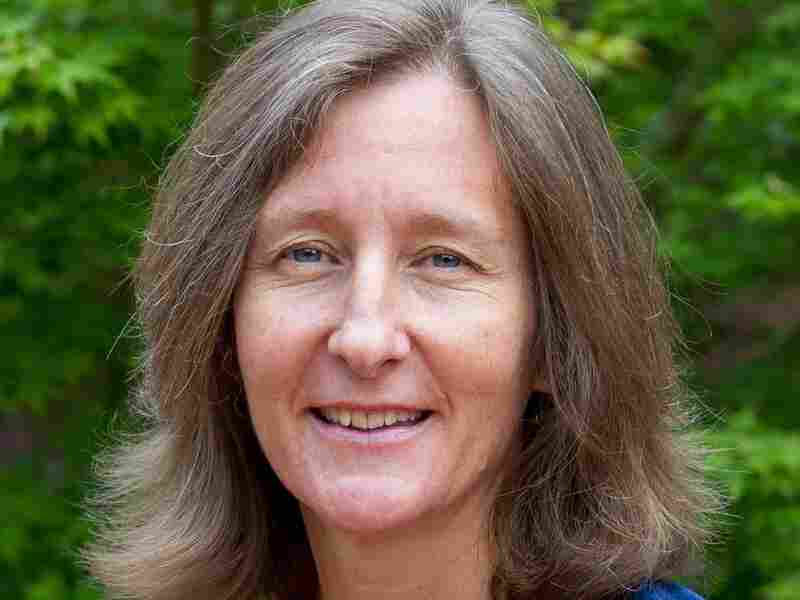 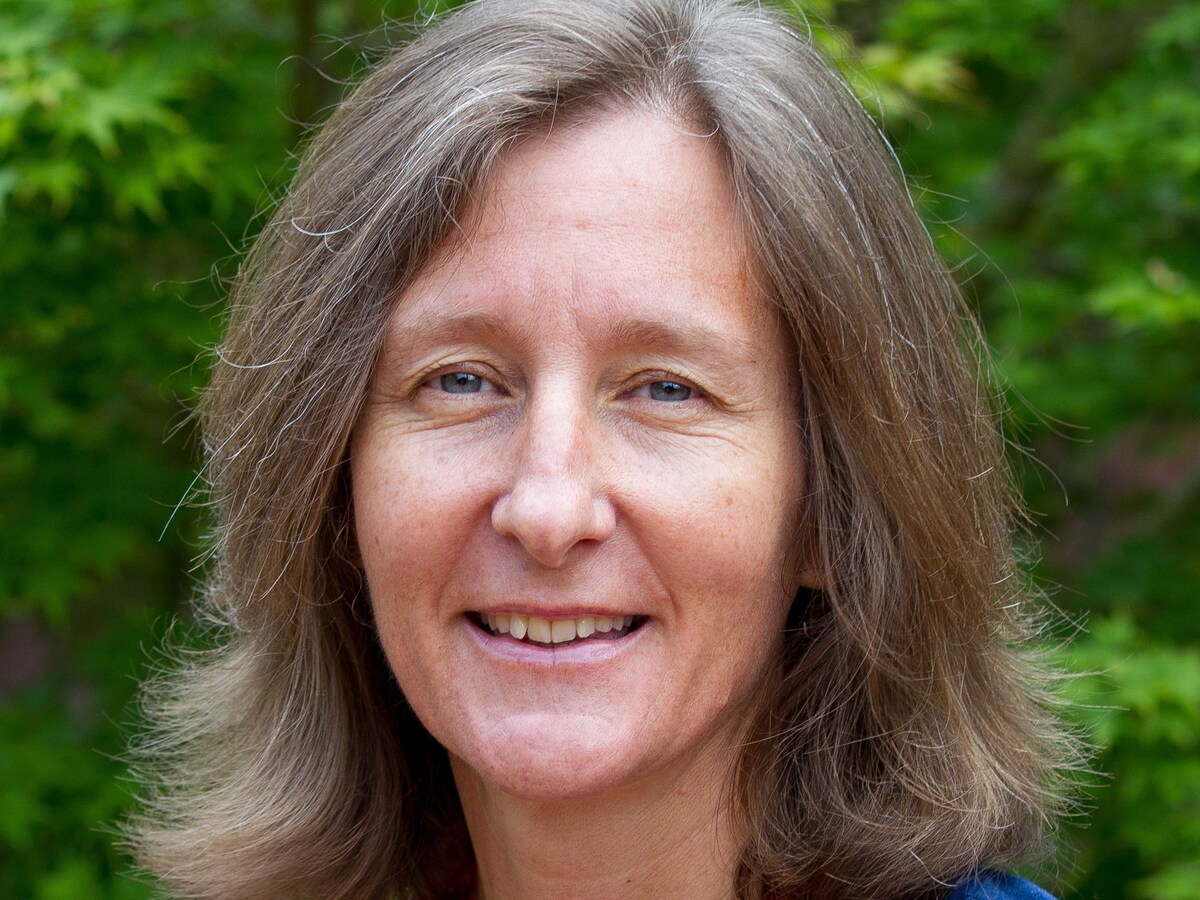 Dr. Anna Lembke is a psychiatrist who treats people who are addicted to prescription drugs, including opioids, stimulants, sedatives and sleeping pills.

On doctors learning how to say "no" to their patients

It's not something that we really learn in medical school, and I think it's something most doctors have a hard time with, because we go into medicine because we like helping people and we want to experience the warm fuzzies of having helped somebody and them expressing gratitude. And so to be in conflict with our patients around what their goal is and what my goal is for them is extremely challenging. ...

It's something that a lot of doctors avoid, which is also why a lot of doctors don't even ask their patients about substance abuse problems, because they just don't want to go there. They don't want to have to deal with the tension that arises in the interaction, in the moment when they are talking about something that the patient is resistant to talking about. But I feel like that is my job to do that, and I feel like I've developed skills over time.