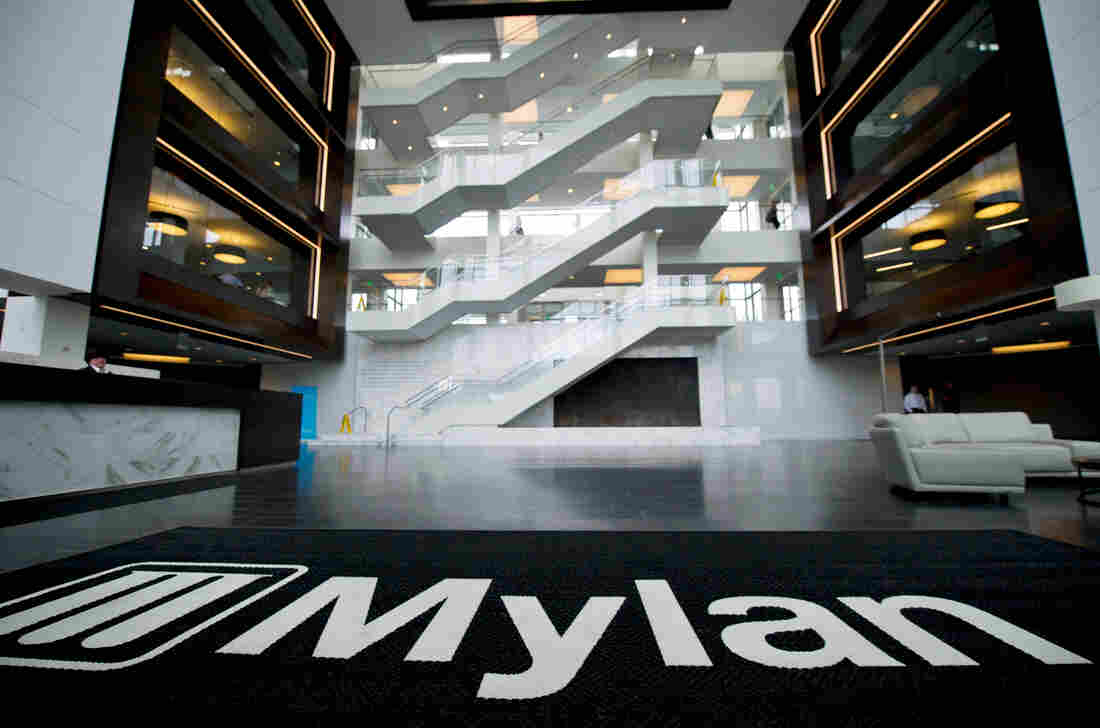 In an emailed statement, Mylan told NPR, "To date, we know of no evidence that Mylan participated in price fixing." Jeff Swensen/Getty Images hide caption 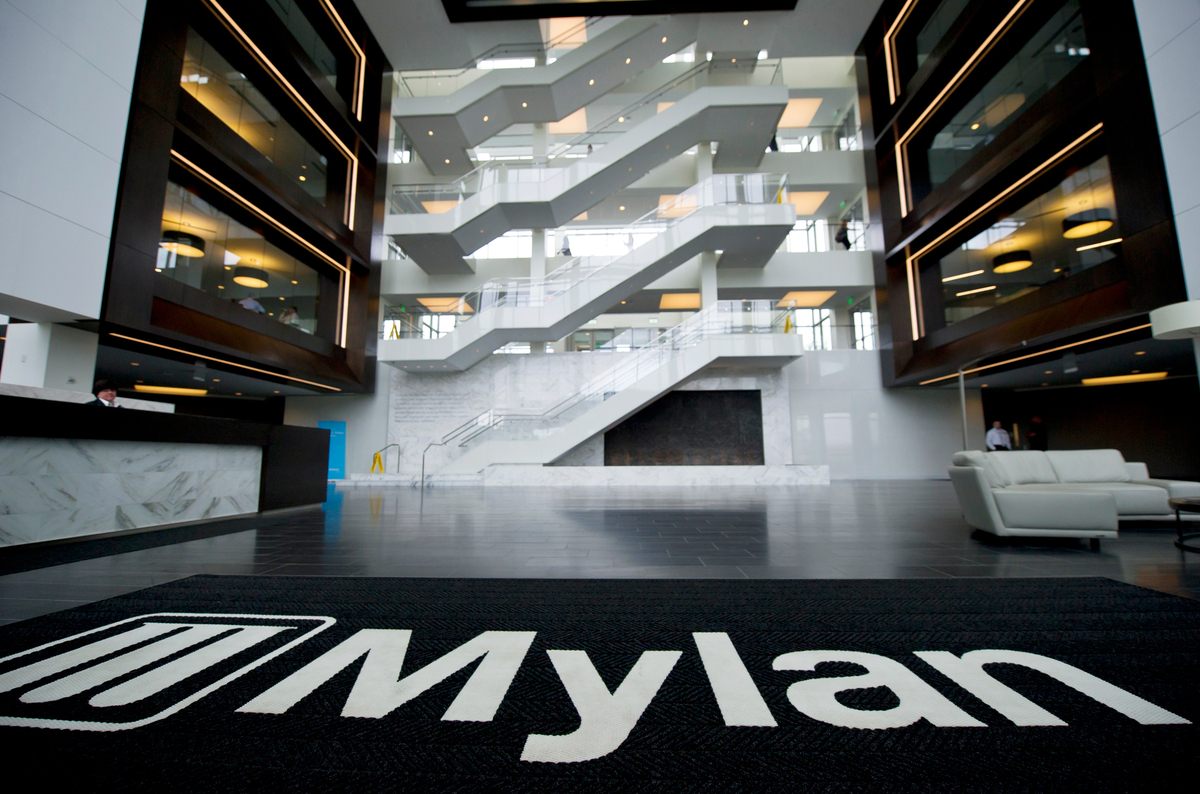 In an emailed statement, Mylan told NPR, "To date, we know of no evidence that Mylan participated in price fixing."

Twenty states are accusing a group of generic drug makers of conspiring to keep the prices on an antibiotic and a diabetes medication artificially high. And the state attorneys general say the lawsuit filed in federal court in Connecticut Thursday may be just the beginning of a much larger legal action.

The lawsuit alleges that the companies, led by New Jersey-based drug maker Heritage Pharmaceuticals, identified competitors and tried to reach agreements on how they could avoid competing for customers on price.

"While the principal architect of the conspiracies addressed in this lawsuit was Heritage Pharmaceuticals, we have evidence of widespread participation in illegal conspiracies across the generic drug industry," Connecticut Attorney General George Jepsen said in a written release. "We intend to pursue this and other enforcement actions aggressively."

The complaint describes Heritage and other drug-company executives meeting at industry conferences and company-sponsored dinners where they would share information about the pricing. It also alleges that, to avoid having to lower prices, the companies would divvy up customers — such as pharmaceutical wholesalers, for example — rather than compete for the business.

The two drugs — a delayed release version of the antibiotic doxycycline hyclate and the diabetes drug glyburide — saw enormous price increases during the time of the alleged conspiracy, the legal complaint says.

A separate congressional investigation into generic drug prices shows that the price of doxycycline rose more than 8,000 percent from October 2013 to April 2014.

The Centers for Disease Control and Prevention, as well as several industry trackers also noted shortages of various types of doxycycline during 2013.

The states' lawsuit comes a day after the U.S. Justice Department filed criminal charges against Jeffrey Glazer, Heritage's former CEO and Jason Malek, the company's former president. It accuses the two men of conspiring with companies to manipulate drug prices.

Heritage fired the two men in August after an internal investigation, the company said in an email to NPR Thursday. The company also sued the men last month, accusing them of embezzlement.

A Heritage spokeswoman says the company is cooperating with both the federal and state investigations.

Mylan reported, in an emailed statement, "To date, we know of no evidence that Mylan participated in price fixing." A Teva spokeswoman told NPR, "We have not found evidence that would give rise to any civil or criminal liability."

In a filing Nov. 4 at the Securities and Exchange Commission, Mayne said it had received subpoenas from the Justice Department regarding doxycycline and potassium chloride powders, and said the company is cooperating with the investigation and "continues to believe these investigations will not have a material impact on its future earnings." Mayne did not immediately comment on the states' lawsuit.

Aurobindo and Citron did not immediately respond to requests from NPR for comment.