Accessibility links
Tibia Or Not Tibia: How Body Parts Got Their Names : Shots - Health News What are those dog ears doing on my heart? Ancient anatomists named body parts after things they resembled in real life. So you've got a rooster comb in your skull and a flute in your leg.

The Seahorse In Your Brain: Where Body Parts Got Their Names

The Seahorse In Your Brain: Where Body Parts Got Their Names 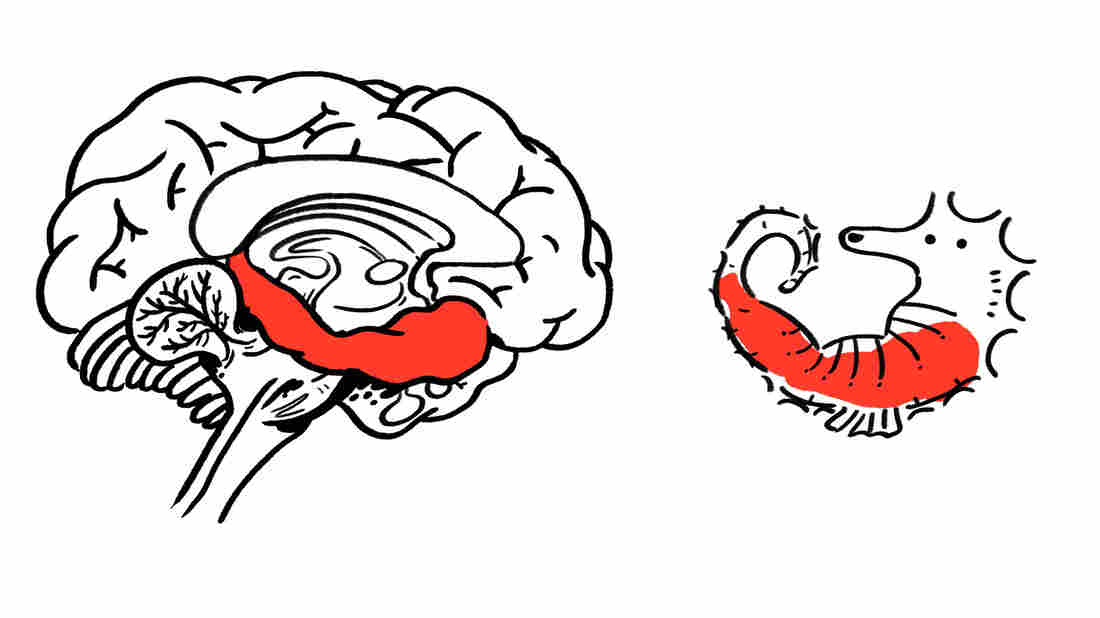 The name hippocampus comes from the Greek word for seahorse. It's a part of the brain involved in emotion and memory. Joy Ho/NPR hide caption 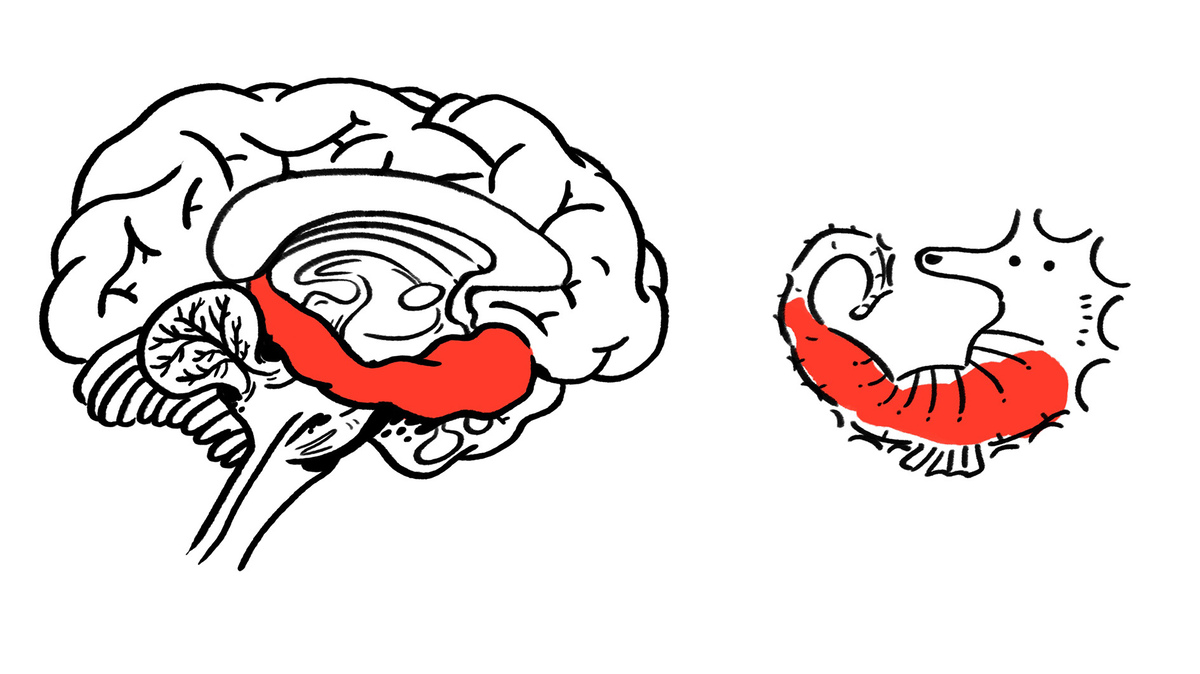 The name hippocampus comes from the Greek word for seahorse. It's a part of the brain involved in emotion and memory.

When the ancient Greeks were naming body parts, they were probably trying to give them names that were easy to remember, says Mary Fissell, a professor in the Department of the History of Medicine at Johns Hopkins. "Sure, there were texts, but the ancient world was very oral, and the people learning this stuff have to remember it."

So the Greek scholars, and later Roman and medieval scholars, named bones and organs and muscles after what they looked like. The thick bone at the front of your lower leg, the tibia, is named after a similar-looking flute. And although you or I might get confused when a paleoanthropologist writes about the foramen magnum (which translates to "really big hole") a native Latin speaker would know exactly what to look for — the really big hole where your brain attaches to your spine.

Sometimes the names get a little bit more abstract. Take the tragus, a tiny flap of skin on the outer ear. It's named after goats not because it looks like them, but because some people have tufts of hair on the tragus like goats do on their chins.

"I'm fascinated by the struggle of translating sensory experiences to words, and that's what these early anatomists were doing. Sometimes in the names or descriptions you can almost feel the struggle of someone seeing this object and trying to reduce it to words,"says Fissell.

The best example of that struggle is probably the hip. It's not hard to imagine someone staring at the bones that make up the human pelvis, trying to describe them, and then giving up and calling the thing innominate: the unnamed bone.

Just as it can be hard to pick out the constellations in the sky, sometimes it can be hard to see the objects and animals Greek, Roman and medieval scientists named body parts after. We asked anatomists, professors and museum professionals what their favorite strangely named body parts were, and illustrated a few with animated GIFs to make the inspiration easier to see.

Your heart is divided up into four chambers: two ventricles and two atria. As your heart beats, doors open and close between the different chambers, so the blood moves one way and not the other. The atria sit at the top of the heart and work as blood collection chambers. There are floppy, wrinkled-looking pouches on either atrium, waiting to expand as blood flows into them. These are the auricles, and they get their name from the Latin word for ear. We think they sort of look like the ears on a puppy.

The inside of your skull isn't smooth — it's actually pretty lumpy. In this case, the lump in question is the crista galli, a little ridge of bone inside the middle of the skull. If you imagine your nose traveling up and in a little ways, the crista galli sits right over the top of it. There's a row of tiny holes on either side for your olfactory bulbs, the parts of your brain that help you smell. The falx cerebri (which basically means hook-shaped thing in your brain) is a membrane that runs between the two halves of the brain. It attaches to, you guessed it, the crista galli. Roughly translated, crista galli is Latin for crest of the rooster. It gives new meaning to the term "birdbrained."

The hippocampus is one of several parts of our brain involved in memory. Some intrepid brain-dissector must have thought it looked like a seahorse, because that's exactly what hippocampus means in Greek. We agree; it really does. (See above.)

Hold your hand with your thumb perpendicular to your index finger, with your fingers bent where they attach to your hand and straight at all other joints. It should look like you're trying to hold the Monster Book of Monsters shut. The muscles that let you do that are your lumbricals. A little disturbingly, lumbrical comes from the Latin word for worm. By all means imagine them squirming around the next time you hold a pencil, something your lumbricals also help you do.