Accessibility links
MRSA And C. Diff. Trigger Hospital Penalties From Medicare : Shots - Health News For the first time, Medicare penalties against hospitals with too many avoidable patient safety complications include fines tied to the prevalence of two types of bacteria resistant to drugs. 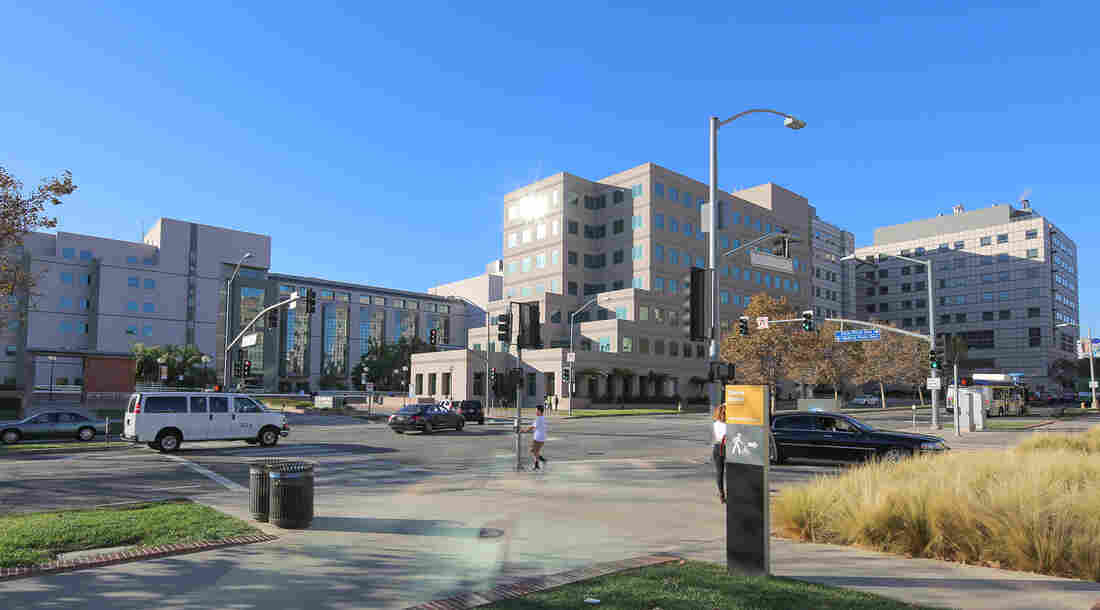 Ronald Reagan UCLA Medical Center in Los Angeles has been penalized in all three years since the creation of a Medicare program to reduce patient-safety issues in hospitals. FG/Bauer-Griffin/GC Images/Getty Images hide caption 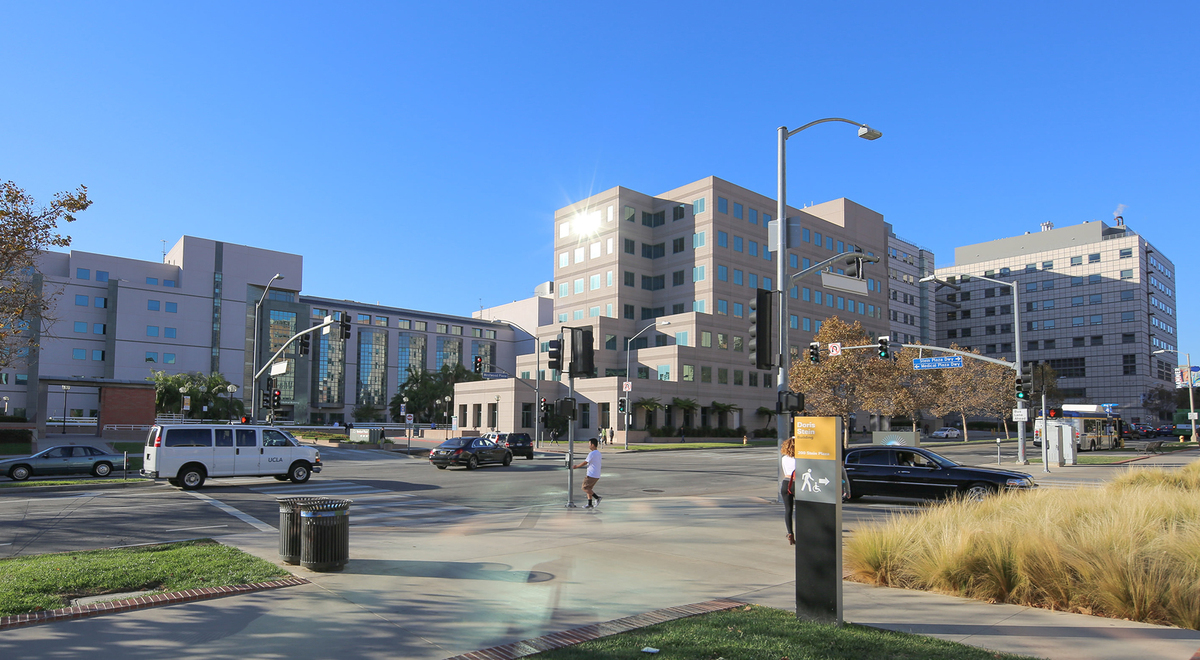 Ronald Reagan UCLA Medical Center in Los Angeles has been penalized in all three years since the creation of a Medicare program to reduce patient-safety issues in hospitals.

The federal government has cut payments to 769 hospitals with high rates of patient injuries, for the first time counting the spread of antibiotic-resistant germs in assessing penalties.

The punishments come in the third year of Medicare penalties for hospitals with patients most frequently suffering from potentially avoidable complications, including various types of infections, blood clots, bed sores and falls. This year the government also examined the prevalence of two types of bacteria resistant to drugs.

Based on rates of all these complications, the hospitals identified by federal officials this week will lose 1 percent of all Medicare payments for a year — with that time frame beginning this past October. While the government did not release the dollar amount of the penalties, it will exceed a million dollars for many larger hospitals. In total, hospitals will lose about $430 million, 18 percent more than they lost last year, according to an estimate from the Association of American Medical Colleges.

The reductions apply not only to patient stays but also will reduce the amount of money hospitals get to teach medical residents and care for low-income people.

Nationally, hospital-acquired conditions declined by 21 percent between 2010 and 2015, according to the federal Agency for Healthcare Research and Quality, or AHRQ. The biggest reductions were for bad reactions to medicines, catheter infections and post-surgical blood clots.

Still, hospital harm remains a threat. AHRQ estimates there were 3.8 million hospital injuries last year, which translates to 115 injuries during every 1,000 patient hospital stays during that period.

Looking for more on your hospital or state?

Each year, at least 2 million people become infected with bacteria that are resistant to antibiotics, including nearly a quarter-million cases in hospitals. The Centers for Disease Control and Prevention estimates 23,000 people die from them.

Between 20 and 50 percent of all antibiotics prescribed in hospitals are either not needed or inappropriate, studies have found. The proliferation of antibiotic use — inside hospitals, among outpatients and in farm animals sold for food — has hastened the spread of stubborn bacterial strains that can be risky for patients.

One resistant bacterium that Medicare included into its formula for determining financial penalties for hospitals is methicillin-resistant Staphylococcus aureus, or MRSA, which can cause pneumonia and bloodstream and skin infections. MRSA is prevalent outside of hospitals and sometimes people with it show no signs of disease. But these people can bring the germ into a hospital, where it can be spread by health care providers and be especially dangerous for older or sick patients whose immune system cannot fight the infection.

Hospitals have had some success in reducing MRSA infections, which dropped by 13 percent between 2011 and 2014, according to the CDC. AHRQ estimates there were 6,300 cases in hospitals last year.

The second bacterium measured for the penalties is Clostridium difficile, known as C. diff, a germ that can multiply in the gut and colon when patients take some antibiotics to kill off other germs. It can also spread through contaminated surfaces or hands.

While it can be treated by antibiotics, C. diff can also become so serious that some patients need to have part of their intestines surgically removed. C. diff can cause diarrhea and can be deadly for the elderly and other vulnerable patients. 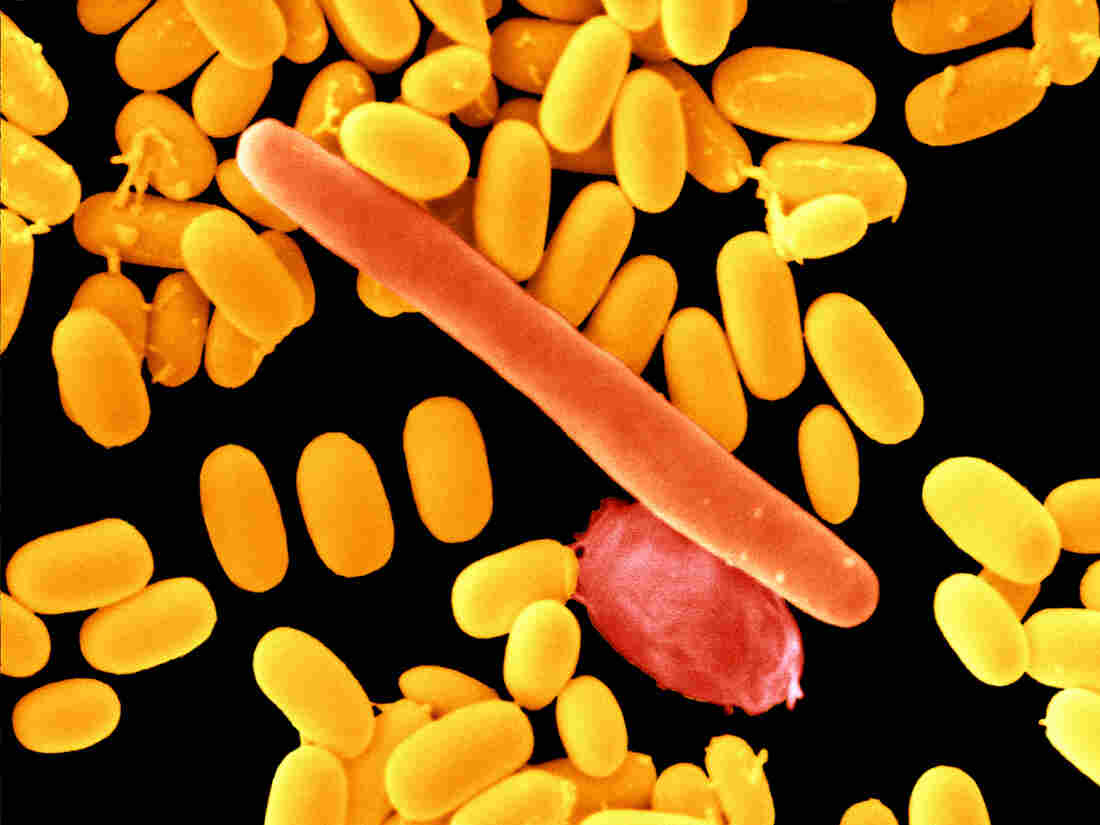 Infections with Clostridium difficile, a bacterium that is hard to treat with antibiotics, can trigger Medicare penalties for hospitals. Scimat/Science Source hide caption 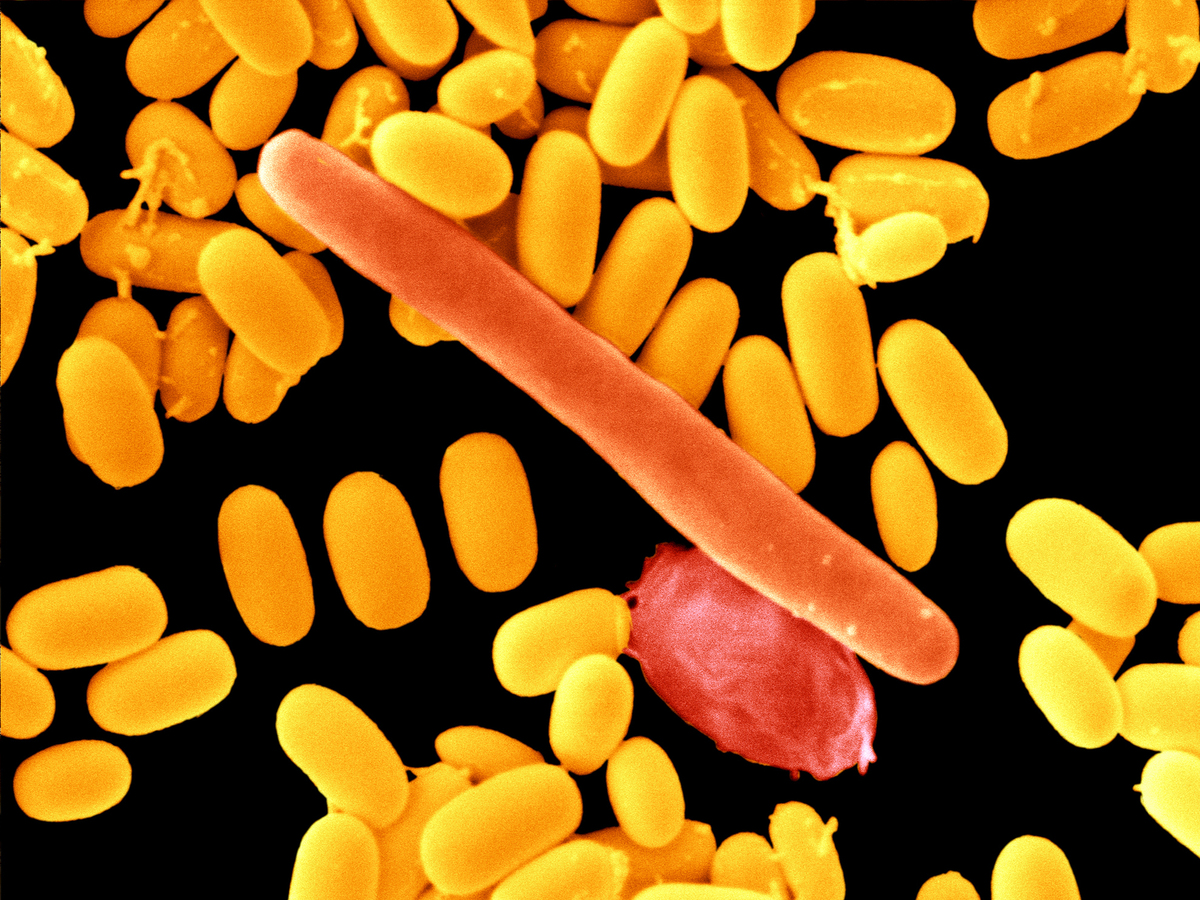 Infections with Clostridium difficile, a bacterium that is hard to treat with antibiotics, can trigger Medicare penalties for hospitals.

C. diff has challenged infection control efforts. While hospital infections dropped 8 percent from 2008 to 2014, there was a "significant increase" in C. diff that final year, the CDC says. AHRQ estimated there were 100,000 hospital cases last year.

"The reality is we don't know how to prevent all these infections," said Dr. Louise Dembry, a professor at the Yale School of Medicine and president of the Society for Healthcare Epidemiology of America.

The Hospital-Acquired Condition Reduction Program also factors in rates of infections from hysterectomies, colon surgeries, urinary tract catheters and central line tubes. Those infections carry the most weight in determining penalties, but the formula also takes into account the frequency of bed sores, hip fractures, blood clots and four other complications.

Specialized hospitals, such as those that treat psychiatric patients, veterans and children, are exempted from the penalties, as are hospitals with the "critical access" designation for being the only provider in an area. Of the remaining hospitals, the Affordable Care Act requires that Medicare penalize the 25 percent that perform the worst on these measures, even if they have reduced infection rates from previous years.

That inflexible quota is one objection the hospital industry has with the penalties. In addition, many hospitals complain that they are penalized because of their vigilance in detecting infections, even ones that do not cause any symptoms in patients. Academic medical centers in particular have been frequently punished.

"The HAC penalty payment program is regarded as rather arbitrary, so other than people getting upset when they incur a penalty, it is not in and of itself changing behavior," said Nancy Foster, vice president for quality and patient safety at the American Hospital Association.

Federal records show that 347 hospitals penalized last year will not have payments reduced because their performance was better than others. Those include Harbor-UCLA Medical Center in Los Angeles, the Johns Hopkins Hospital in Baltimore and the University of Tennessee Medical Center in Knoxville.

The penalties come as the Centers for Medicare & Medicaid Services also launches new requirements for hospitals to ensure that the use of antibiotics is limited to cases where they are necessary and be circumspect in determining which of the drugs are most likely to work for a given infection. Hospitals will have to establish these antibiotic stewardship programs as a condition of receiving Medicare funding under a regulation the government drafted last summer.

Lisa McGiffert, who directs Consumers Union's Safe Patient Project, said that as a result of Medicare's penalties and other efforts, "more hospitals are thinking more about appropriate use of antibiotics." However, she said, "I think most hospitals do not have effective antibiotic stewardship programs yet."