Accessibility links
Montana Adds Job Training To Medicaid And Finds Success : Shots - Health News The Obama administration has said no to many states' requests to take more control over Medicaid. But the incoming Congress and new White House team may be more amenable. 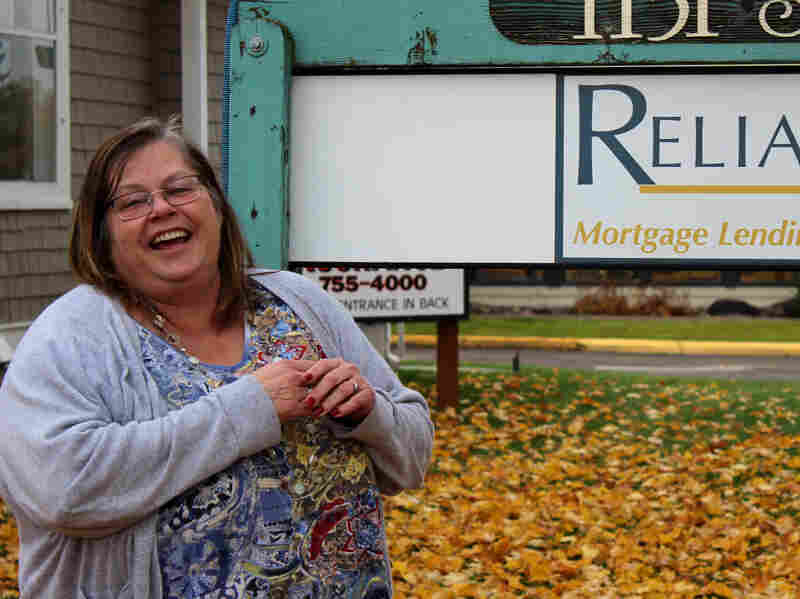 Ruth McCafferty, who works in Kalispell, Mont., credits the training she got through the state's Medicaid expansion with helping her get a good job. Eric Whitney / MTPR hide caption 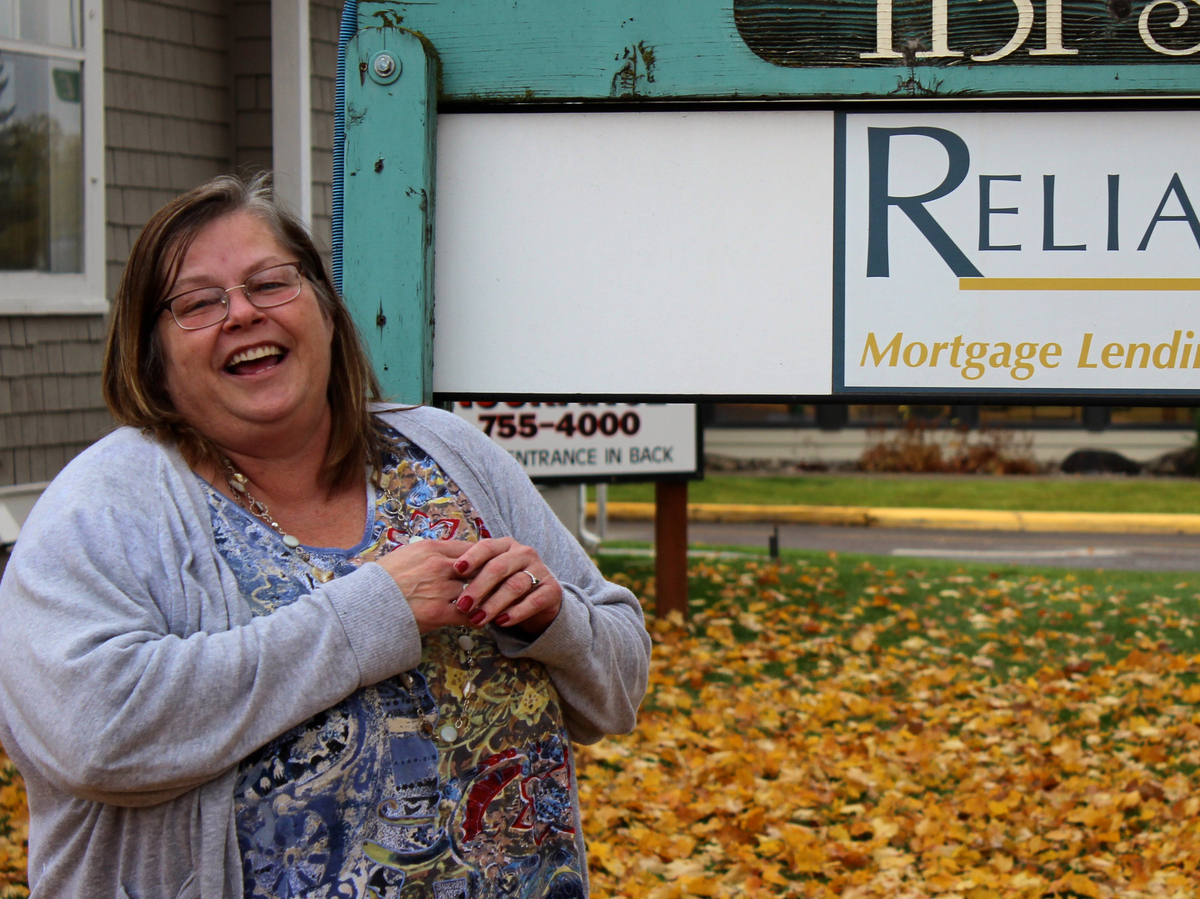 Ruth McCafferty, who works in Kalispell, Mont., credits the training she got through the state's Medicaid expansion with helping her get a good job.

Montana State Senator Ed Buttrey is a no-nonsense businessman from the central part of the state. Like a lot of Republicans, he's not a fan of the Affordable Care Act and its expansion of Medicaid, health insurance for the poor and disabled.

So Buttrey wrote a Medicaid expansion bill for Montana that linked health coverage to job training. He wanted everyone getting benefits to have to meet with a labor specialist who would help them figure out how to get a job or to get a job that paid better.

The goal is to "make them healthier, get them off social programs, get them off dependence on government, get them into higher wage jobs that have a future that possibly pay benefits, that's a great benefit for the state," he says.

But so far, federal officials said states can't make participation in a work program mandatory for Medicaid recipients. Montana, instead, had to make its job training component voluntary.

Republican leaders across the country have long angled for more state control over Medicaid. The funding comes from both states and the federal government, with the Department of Health and Human Services scrutinizing states' use of the money.

In Montana and many other states, most Medicaid funding comes from the federal government. President-elect Trump's administration may let states have more leeway – in fact, Seema Verma, Trump's pick to run the part of HHS that oversees Medicaid, advocated for more state control when she helped expand Medicaid in Indiana.

A new administration could open the door for more Medicaid experiments, like the one Buttrey has been pushing for.

How is the Medicaid expansion working in Montana?

"I think it's a success story. I love this." says Ruth McCafferty. "I'm the poster child." She is a 53-year-old single mom from Kalispell, with three kids at home. She lost her job with a lending company last spring, and she had no idea there was job training available when she signed up for Medicaid.

She was just focused on finding a way to afford the drugs she needs to control her diabetes and asthma. "One inhaler that I do is $647," she says, bringing her medication costs to about $1,000 a month.

After McCafferty got Medicaid, she filled her prescriptions and got free online training to become a mortgage broker. The state even paid for her 400-mile round-trip to Helena to take the broker certification exam. Now the state is paying part of her salary as an apprentice at a local business to make it easier to hire her.

Of the 53,000 Montanans who've signed up for expanded Medicaid, only about 3,000 have signed up for help getting a job. That's in part because the federal government won't allow states to use Medicaid money for it. To set it up here, Buttrey had to cobble together funding from other jobs programs and squeeze $1 million out of a reluctant state legislature.

Giving states the flexibility to tie their Medicaid programs to work requirements is an idea that's likely to be popular with the new Congress and Trump administration.

But health policy researcher Joan Alker, who runs the Center for Children and Families at Georgetown University, warns that it could backfire. "I think it's great and well worth doing — to link people who might not be aware of existing job training programs or other kinds of work supports that can help them work. What I think is problematic is when this becomes a stick and not a support," she says.

Alker says many people on Medicaid already have jobs, often low-paying ones that don't offer health insurance. These people often have little time for new training. In Montana, about two-thirds of people on Medicaid are employed. Alker says if people fail to meet a work requirement and then lose health benefits as a result, they'll likely just get sicker and become less able to work.

This story is part of a reporting partnership with NPR, Montana Public Radio and Kaiser Health News. You can follow Eric Whitney on Twitter: @EricReporter.