Accessibility links
Medical Residents Find Meaning In Holiday Shift : Shots - Health News By the end of December, medical interns are nearing the midpoint of their first year of intense, hands-on work with patients. The holiday season marks a special challenge. 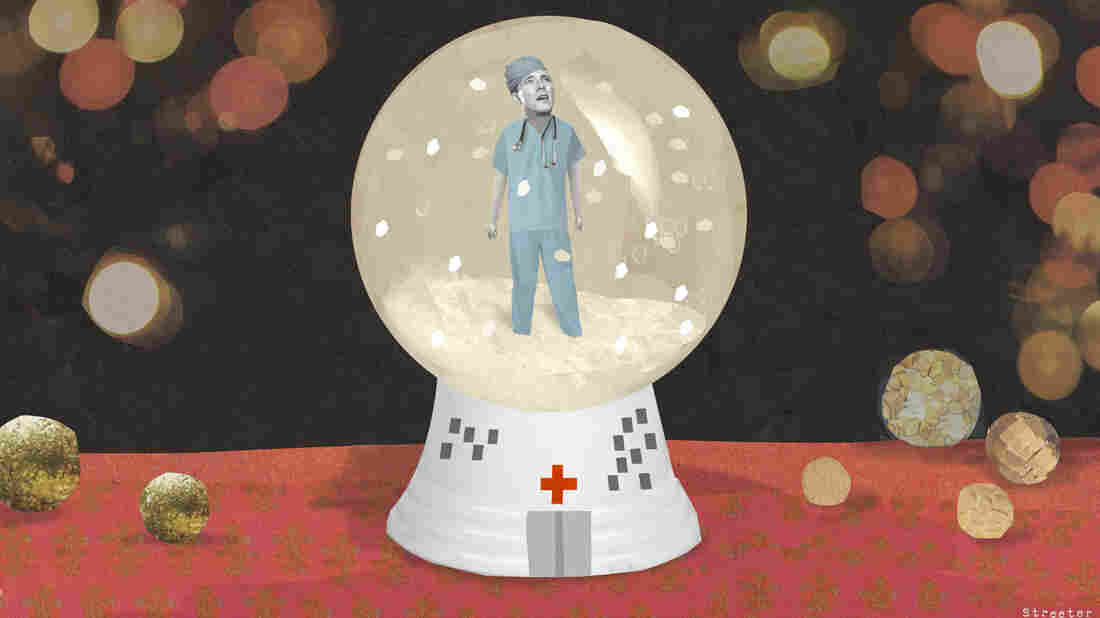 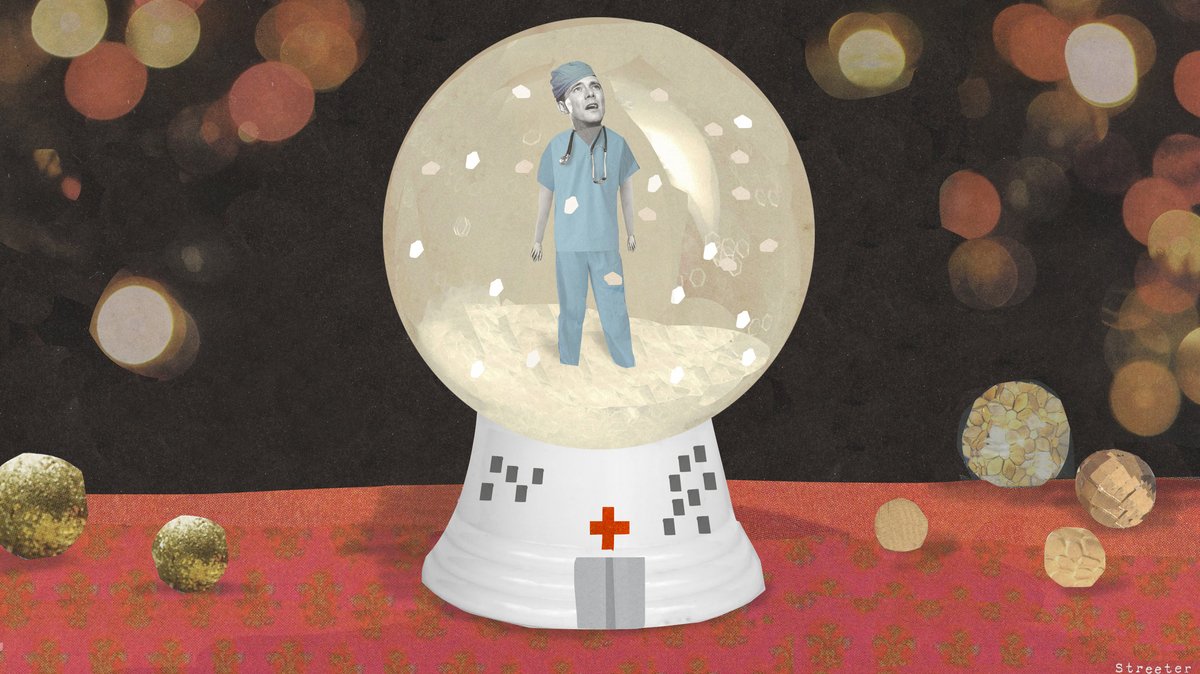 In 2013, Dr. John Henning Schumann reminisced about a difficult assignment in his medical residency that helped him understand what it meant to be a good doctor. We're publishing the piece again for the holidays.

There are no school breaks during residency. Being a medical resident is a real job, and a stressful one at that. Residents work long shifts, even with caps that max out at 16 hours for the newbies and up to 28 hours for those beyond the first year.

He was in a coma. We didn't know the cause, but set to work trying to give him every opportunity to arise from the slumber of his critical illness.

Will had suffered a brain injury. One effect was diabetes insipidus, a condition that meant his kidneys couldn't hold onto his body's water. The result can be rapid dehydration and death.

John Henning Schumann is a writer and doctor in Tulsa, Okla. He serves as president of the University of Oklahoma, Tulsa. He also hosts Public Radio Tulsa's Medical Matters and is on Twitter: @GlassHospital.