Accessibility links
A Peer Coach Battles On The Front Lines Of The Opioid Epidemic : Shots - Health News Charlie Oen was addicted to heroin as a teenager. At 25, he's now clean and a peer counselor in Lima, Ohio, where he tries to help people who started using drugs before he was born.

Charlie Oen's battle with addiction started when he was 16 and his family moved to Lima, Ohio. It was the last stop in a string of moves his military family made — from Panama to North Carolina, Kentucky, Texas and Germany. 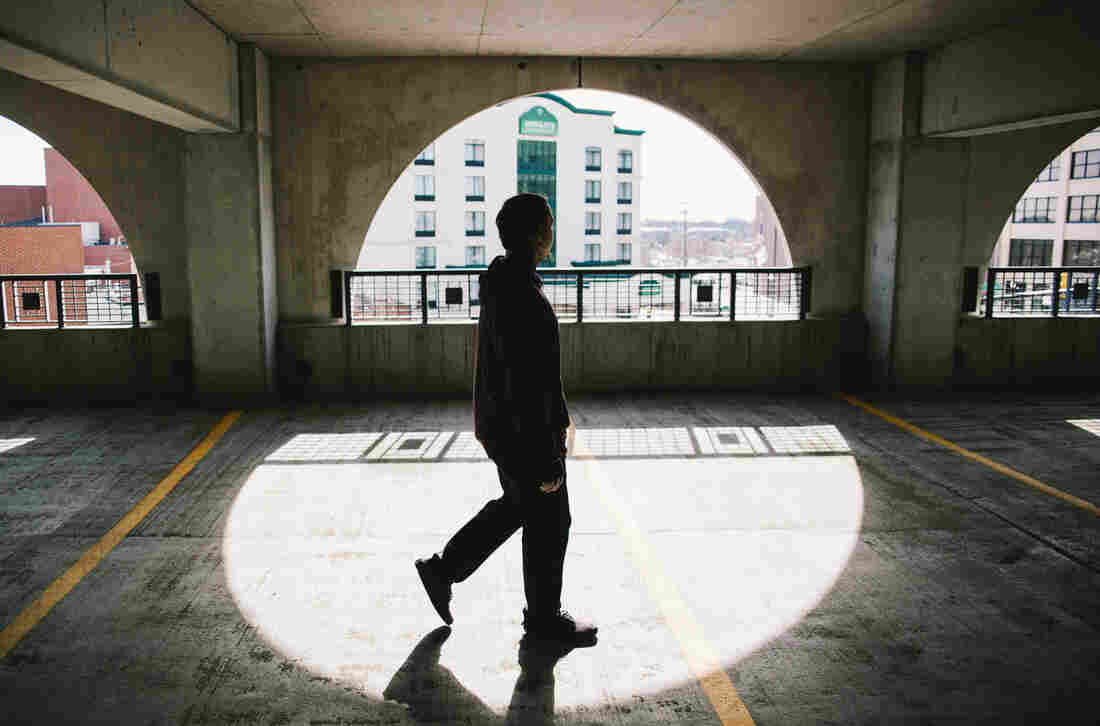 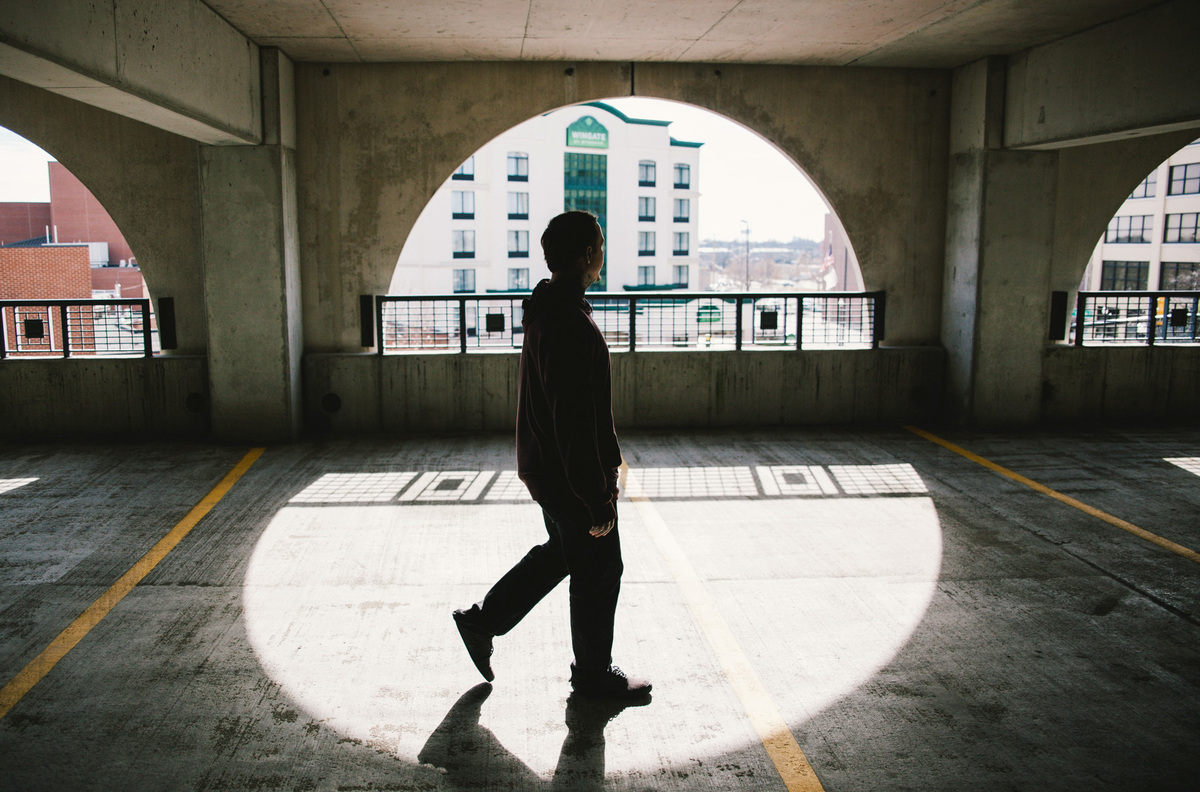 "I went toward a bad group because those were the people that accepted me," he says. Drugs became a substitute for real friendships.

He started drinking, popping pills, cooking meth and shooting heroin. He was homeless for a while when his parents kicked him out of the house. "I would just be wandering the streets of Lima at all hours of the night until I found somewhere, chilled, sat down, fell asleep in an alley," he says. 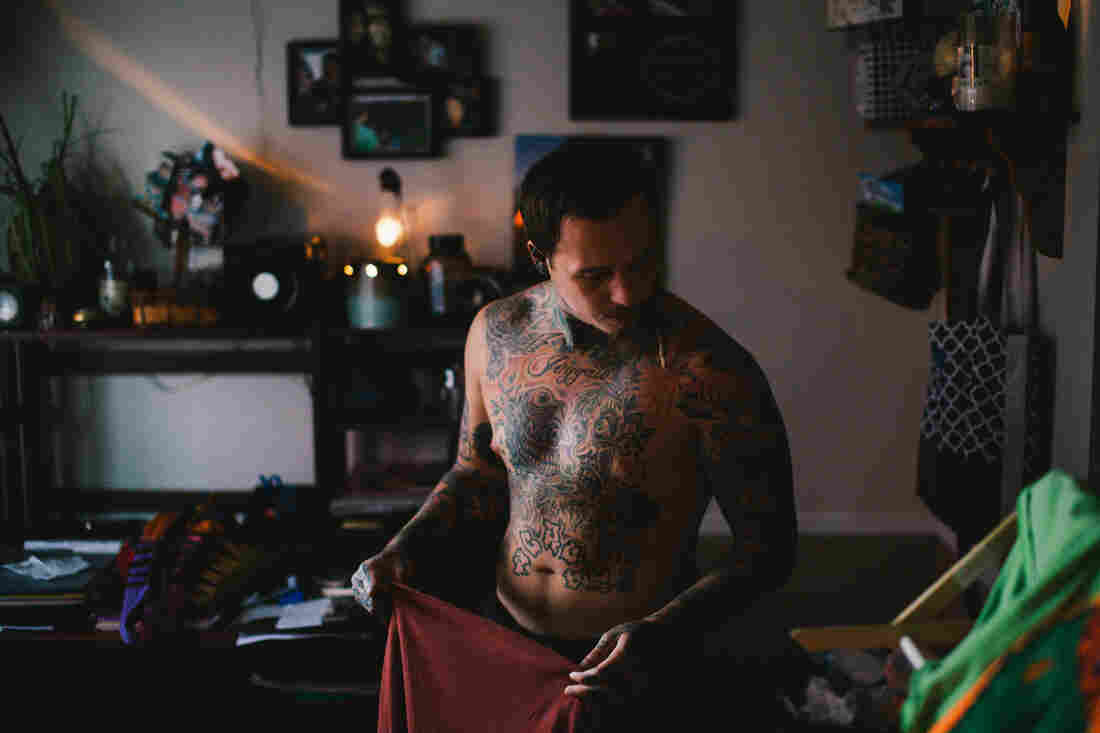 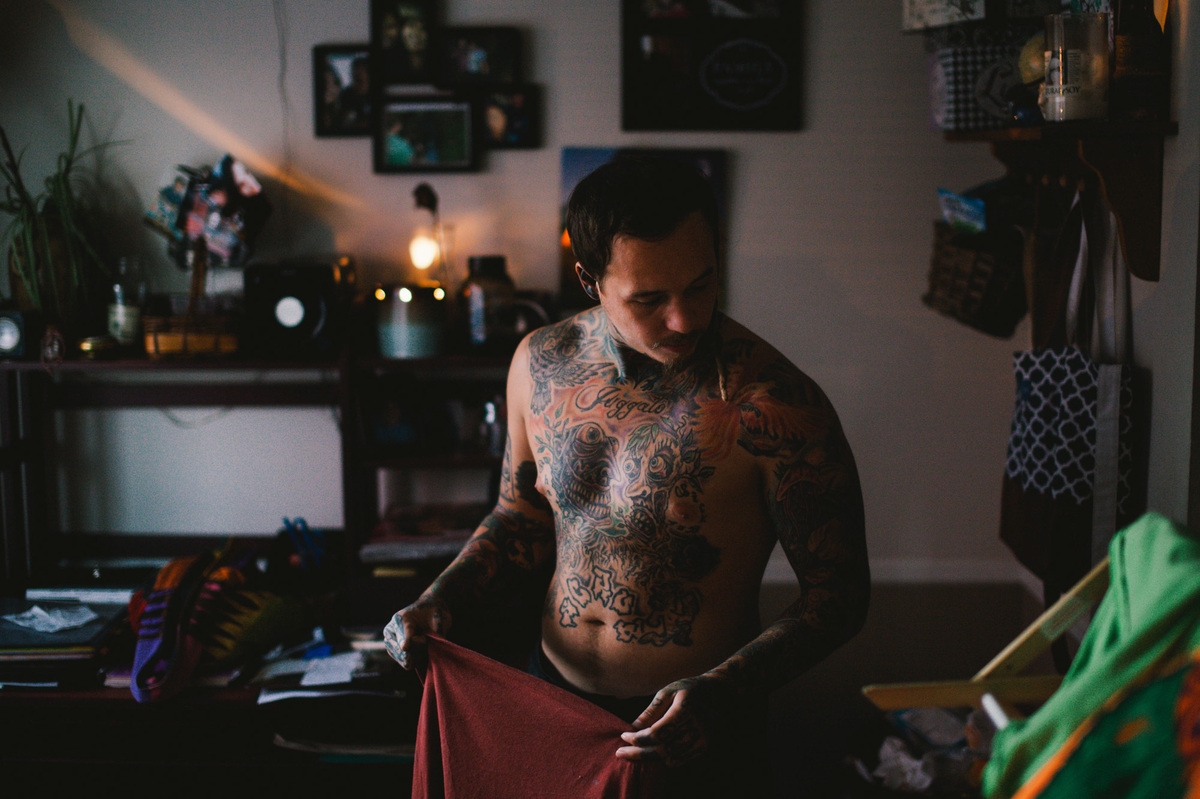 By age 19, Charlie was serving a three-year sentence in prison on a burglary charge. That's where he stopped using drugs. He spent the last five months of his sentence in a community-based correctional facility where he took classes and completed group work to learn about addiction. The lessons stuck.

"I started telling people, 'I want to be a probation officer,' and everybody knocked it," he says. "They were like, 'You can't do that, you're a felon.' I said, 'Check it out, I'm going to do something.' "

One year later, he started working as a peer recovery coach, using his own experiences to help other people stay in recovery. 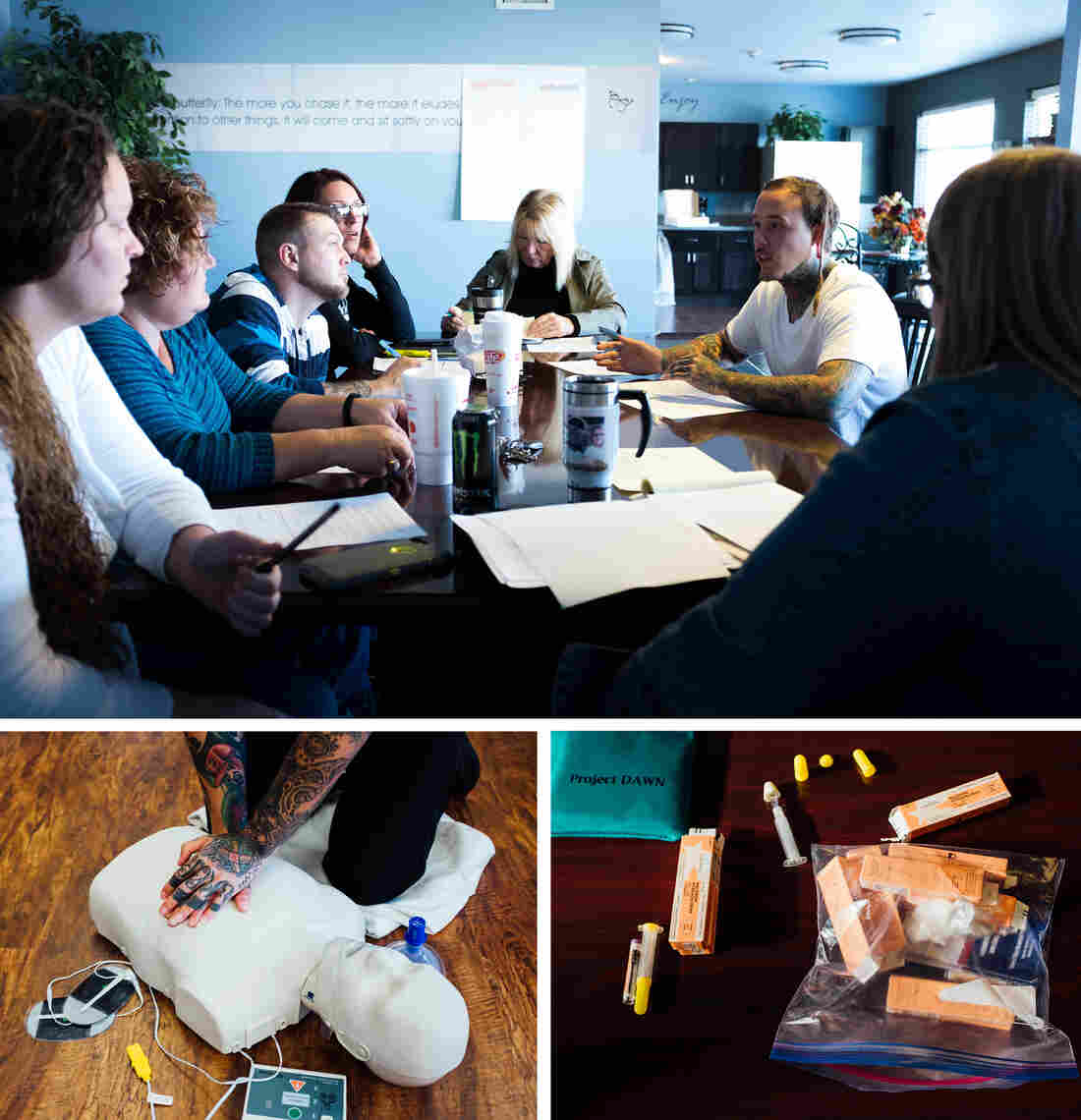 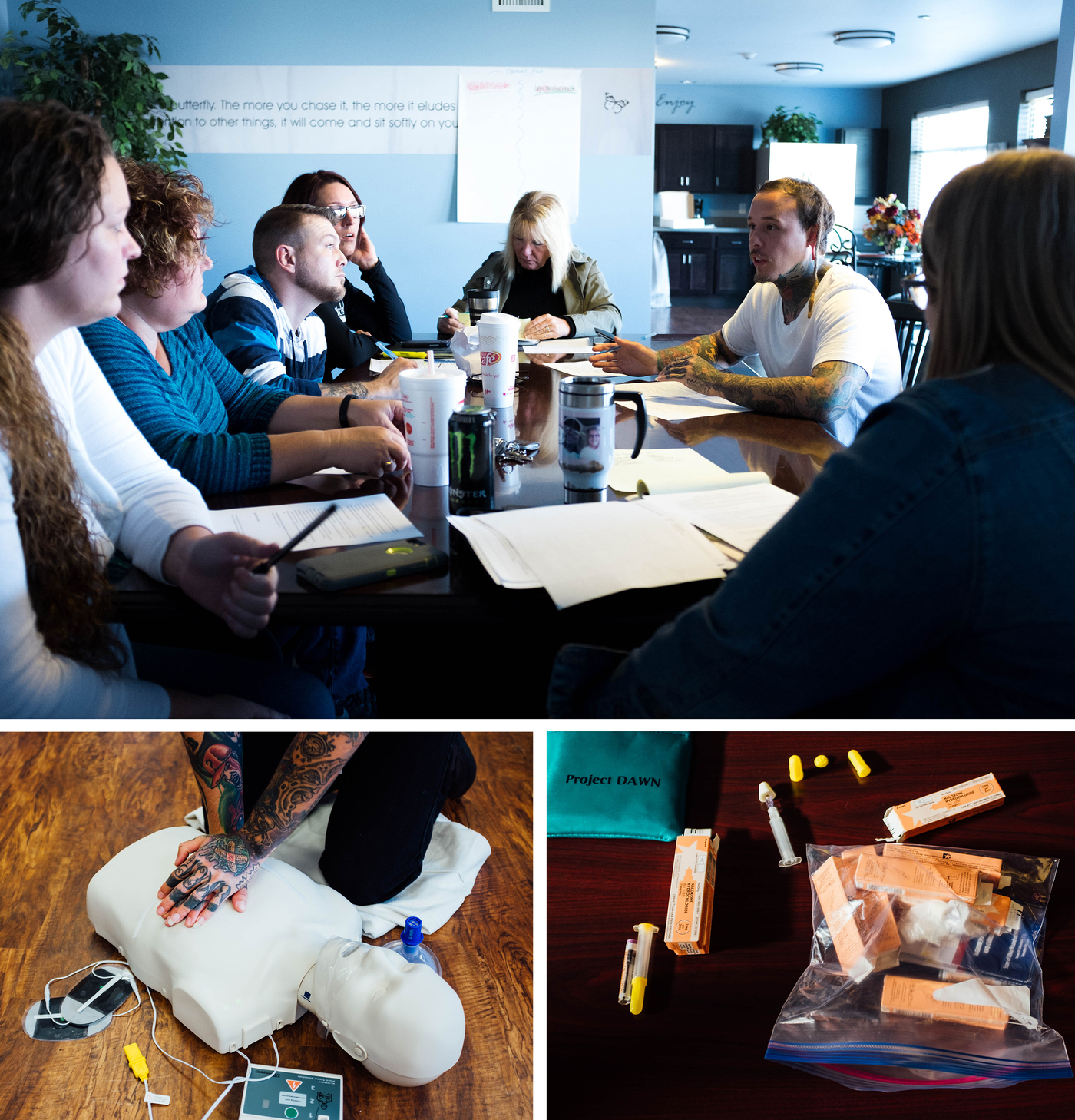 Charlie is one of five peer recovery coaches at Coleman Professional Services in Lima, and at age 25, he is by far the youngest. Each coach works with about 20 clients to help remove some of the impediments, big and small, to living a drug-free life. Some clients may need help learning to socialize without drugs or getting a ride to their recovery meetings. Others, like 52-year-old Anna Hershey, need more constant support.

"I texted you last night. I know it was late but I needed someone to talk to right away," she tells Charlie when they meet in Coleman's parking lot the week before Thanksgiving. She'd argued with her boyfriend the night before, and anger is usually a trigger for her drug use. Charlie is her first recovery coach in over 30 years of addiction.

"I'm proud of myself because I didn't leave the house and go do the drugs, and that's what I usually do when I get frustrated," she tells him. 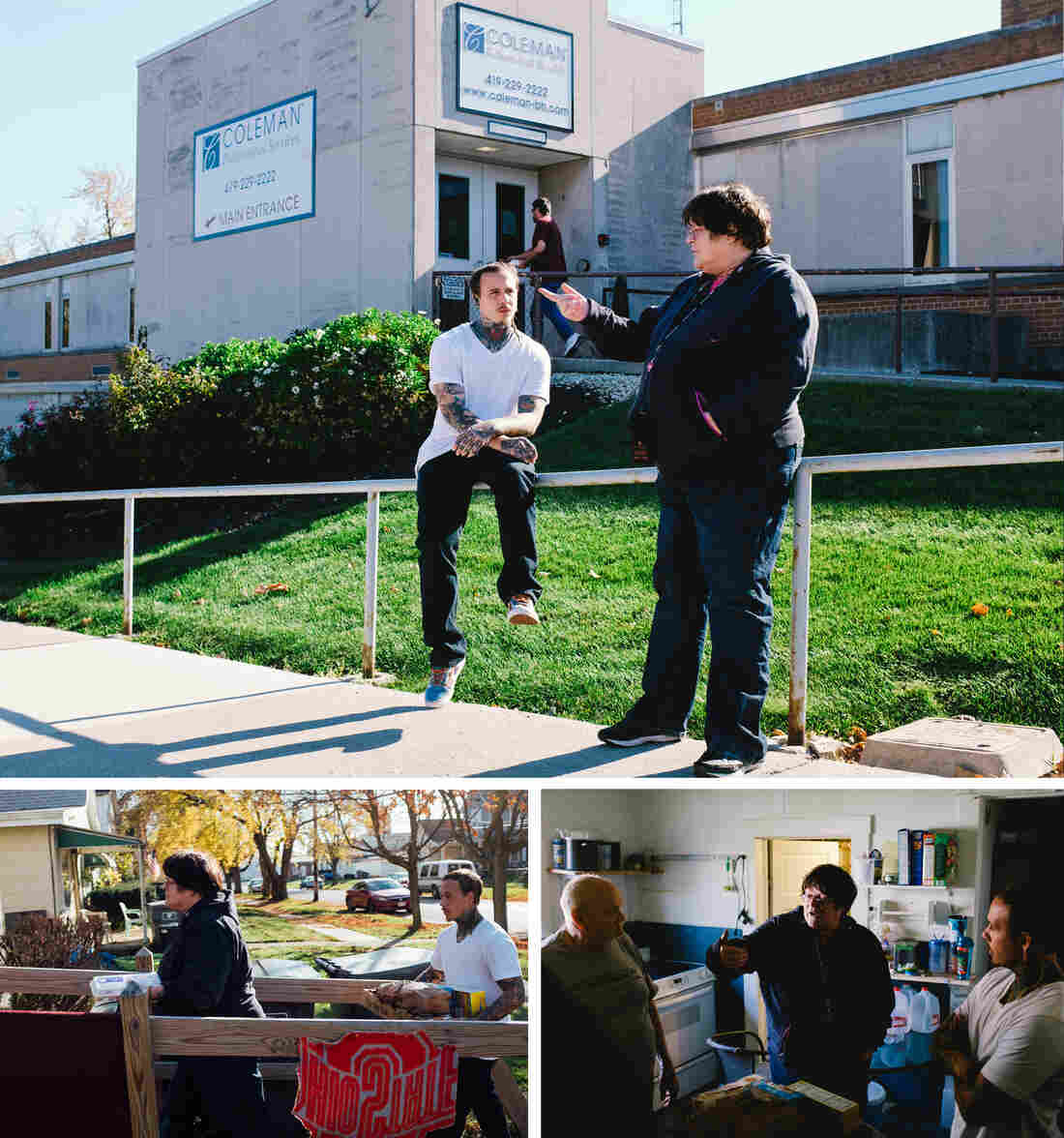 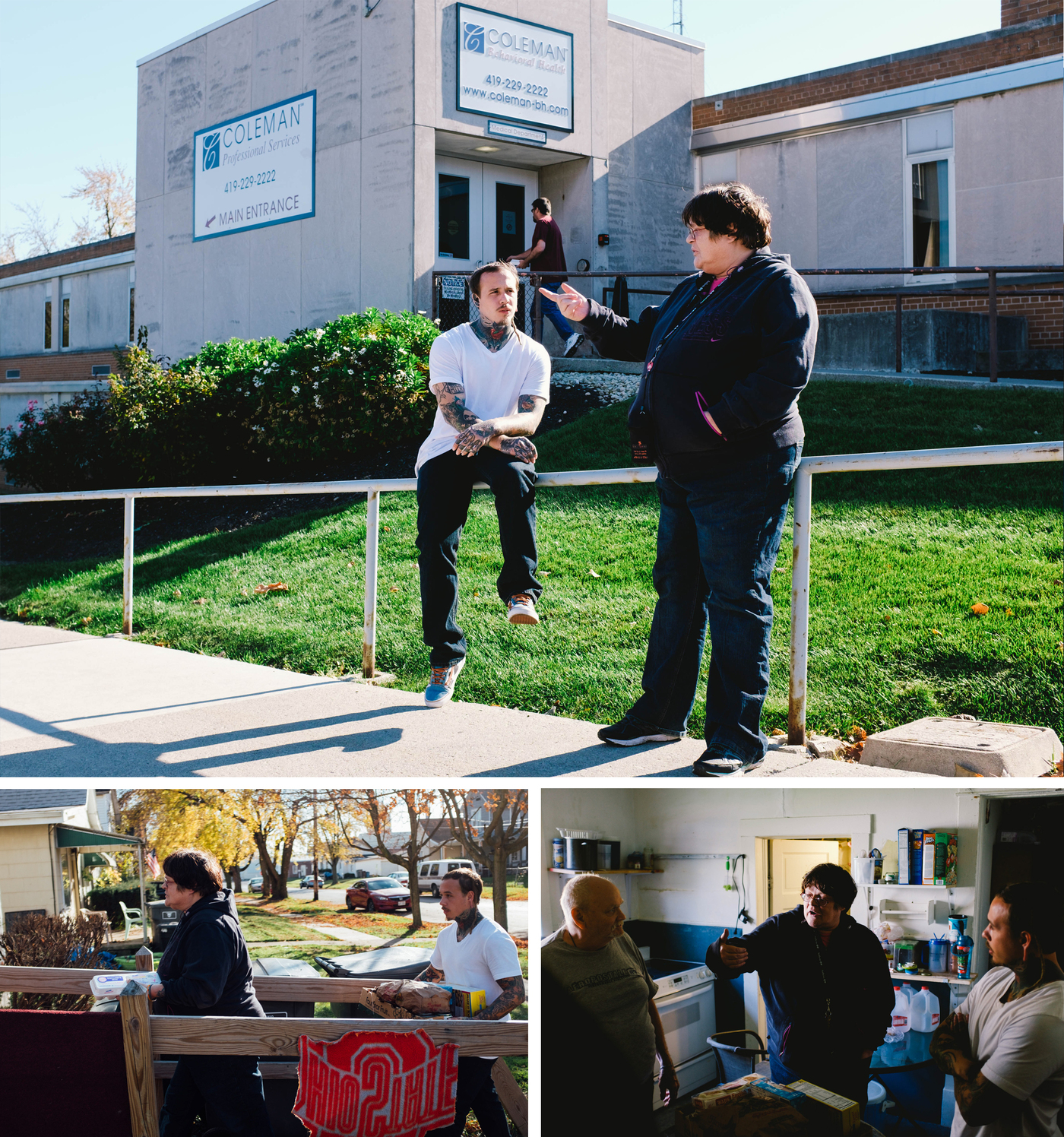 Over the course of their 90-minute appointment, Charlie takes Anna to two food banks to pick up donated groceries, and then to check on her application to ring a bell for the Salvation Army this winter. It's been approved, and despite the previous night's quarrel, she's excited to share that news with her boyfriend when Charlie drops her off at home.

Some days Charlie meets with as many as five clients. Today it's just two: Anna and Shelly Cavinder.

"It's not been a great day," Shelly tells Charlie as she gets in his car. She was written up twice in the morning at the women's shelter where she's living, which puts her on thin ice for the final two weeks of her stay. She's moving into a new apartment and bought furniture in anticipation — but the unit where she's storing the furniture got infested with cockroaches, and today, Charlie is helping her throw it all away. 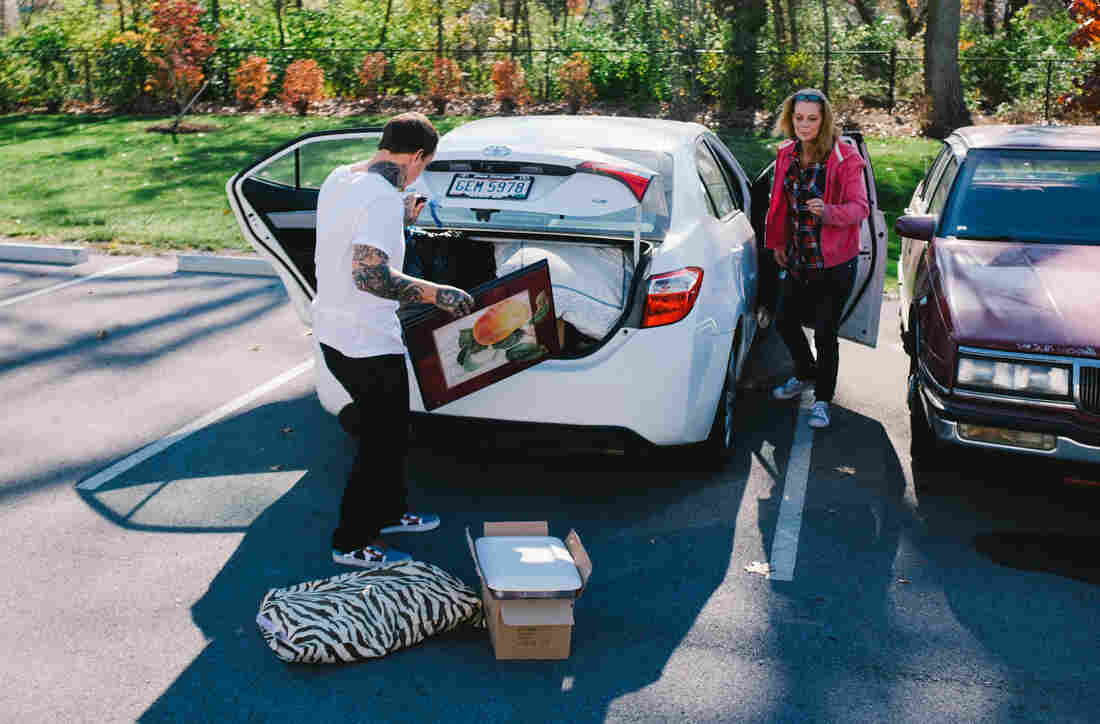 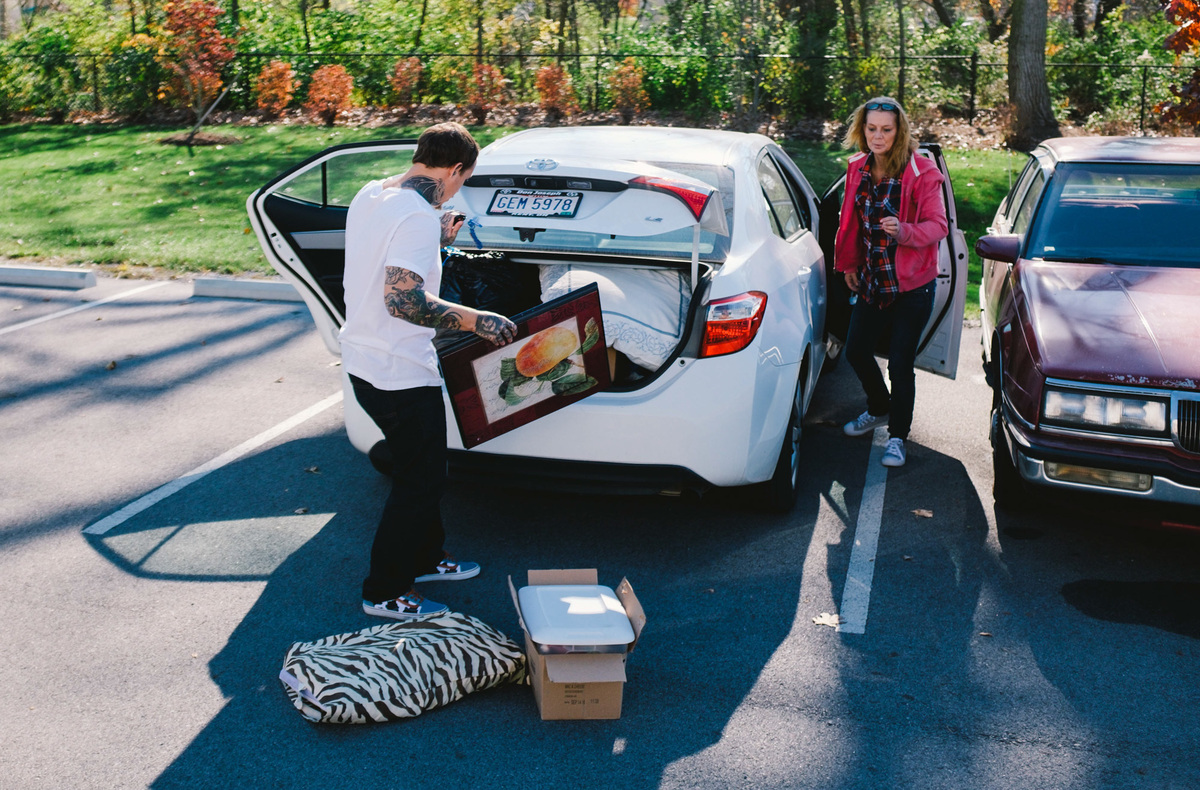 Shelly is 50. She's been using drugs since before Charlie was born. Still, she calls him her lifesaver. "If I didn't have Charlie, I would probably be back on drugs and dead," she says. "He even talks to me on his days off, you know, after hours when I have an issue."

"I appreciate that Shelly," Charlie says. She smiles and pats his leg.

"You're welcome," she replies.

The little pick-me-ups and attagirls Charlie gives Shelly every day go a long way to keeping her from becoming a statistic. There were 52,000 drug overdose deaths in the United States in 2015, 18 of them in this small Ohio county alone. Addiction is a tough disease to beat and relapse rates are high.

It can be easy to forget sometimes that Charlie has his own history with addiction, one he still deals with to this day. His first job out of prison was making salads at the Texas Roadhouse. He left the job when he was hired as a peer recovery coach two years ago. 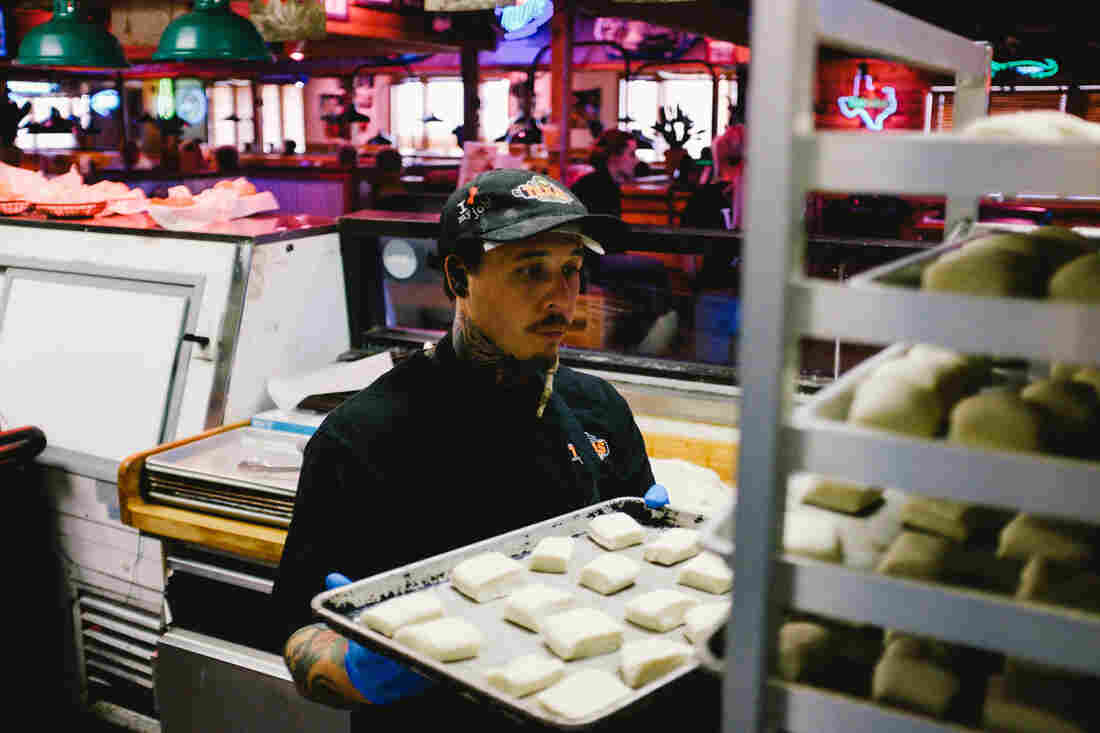 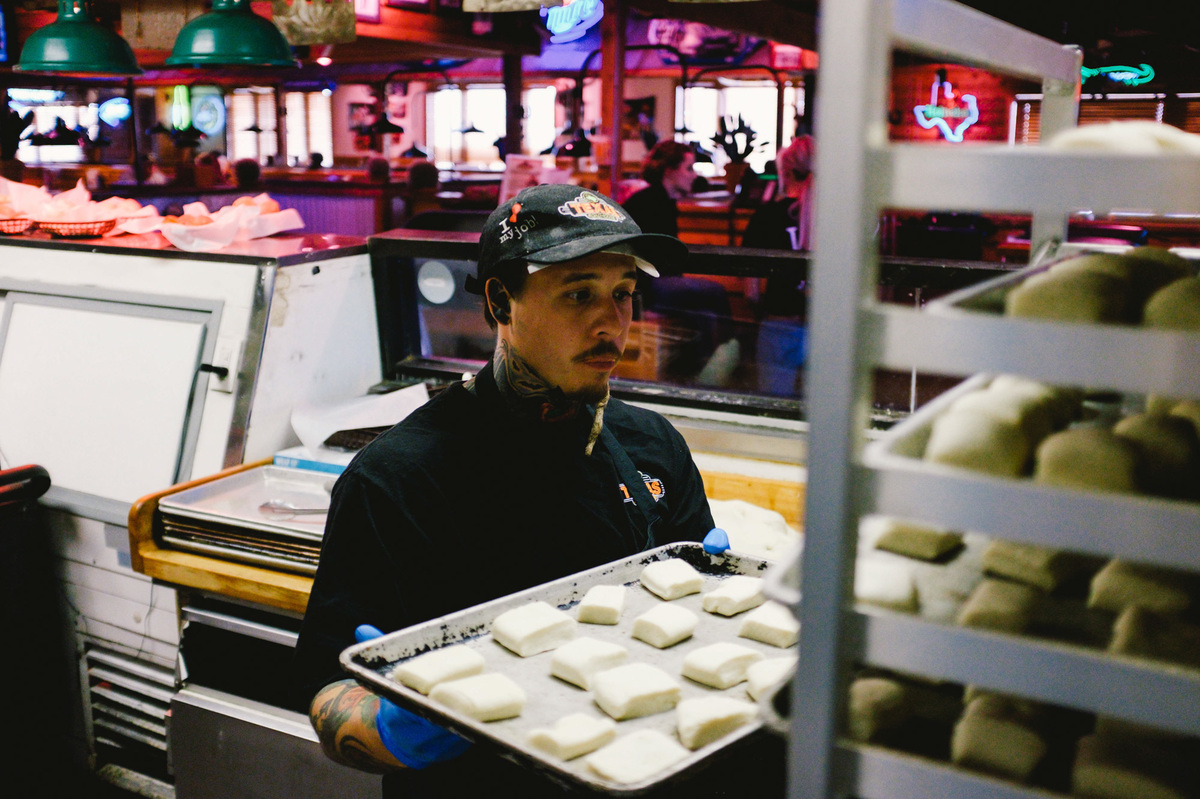 He wants to continue working in the recovery field and plans on going to school to get a social work degree. But last year he started working three nights a week again at the Texas Roadhouse to help pay off his court fees, something he has to do before he can start taking classes. He's got $2,900 to go, down from $10,000. "This is what I do to get the judicial system off my back," he says.

After everything is paid off, he says he'll keep working two jobs for a while, "to build the bank back up a little."

Every day he makes a point to do something for himself — he's in recovery, too, so focusing on self-care can be just as important as caring for his clients. Lately he's been playing soccer at a park near his house, sometimes with friends, other times alone. "Early in the morning there'll be no cars driving," he says. "All you hear is your feet and the grass and the ball flying through the sky. It feels good."

Charlie is five years clean, three years out of prison and has spent more than two years as a peer recovery coach. He has a lot of life to live. But, he says, "When people ask, 'Where do you see yourself in five years?' I've never had an answer. Because three years ago I didn't think I'd be having this interview today."

"So just as long as I continuously do what I've got to do and stay positive, stay out of the way and continue to want to strive, something will come my way. The doors will open." 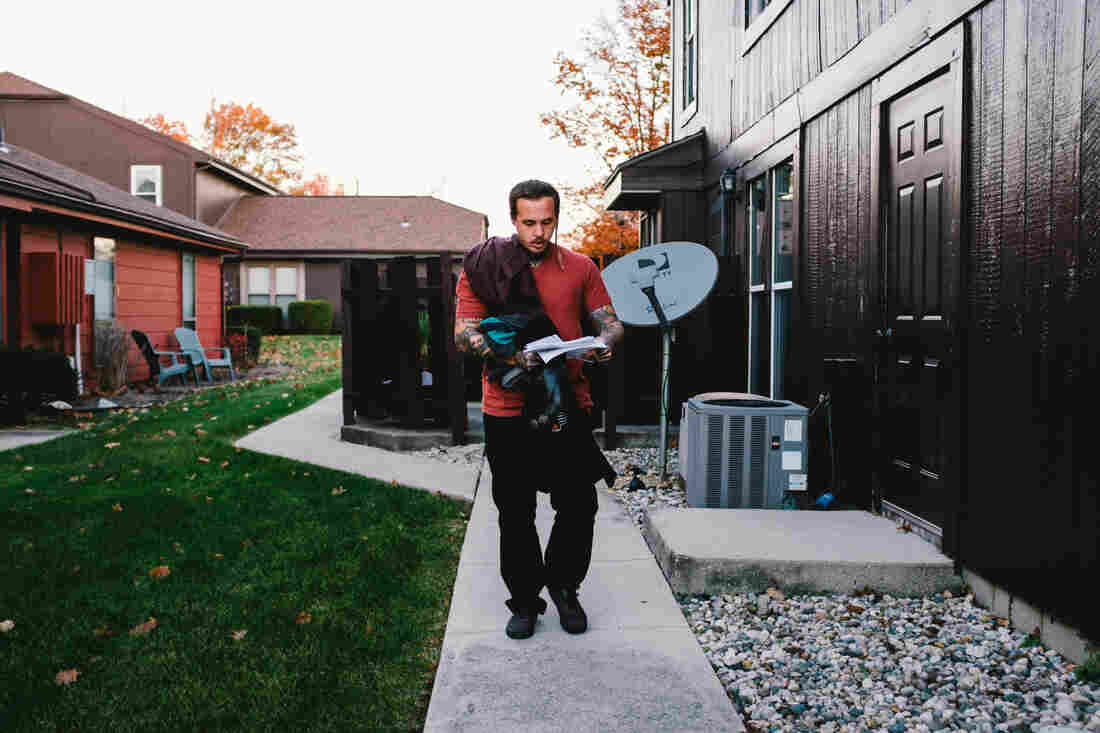 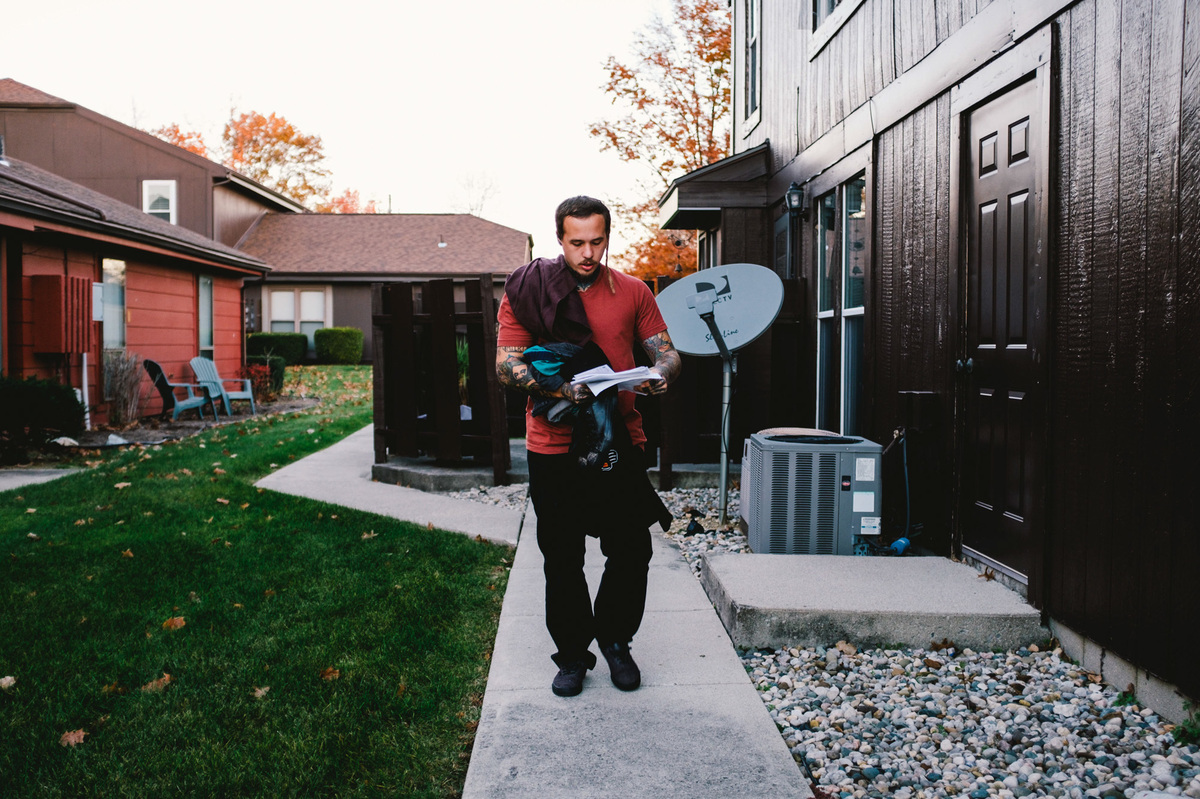