Accessibility links
For Veterans, Trauma Of War Can Persist In Struggles With Sexual Intimacy : Shots - Health News What happens to sexual relationships after service members return from combat? Former Marine Chuck Rotenberry and his wife, Liz, open up about their struggles with sex and his PTSD. 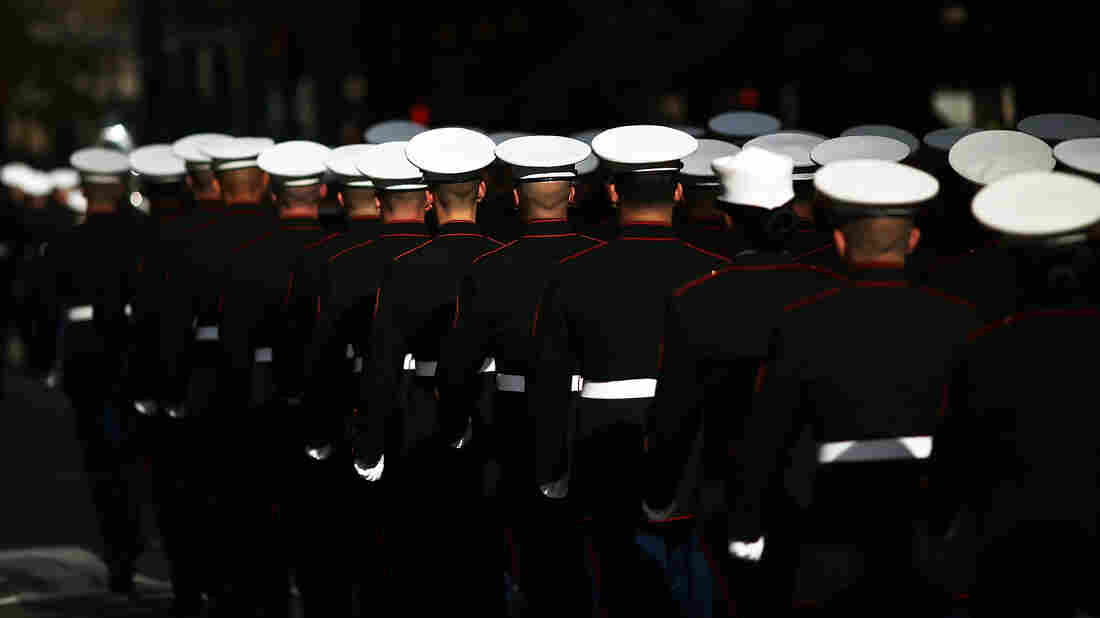 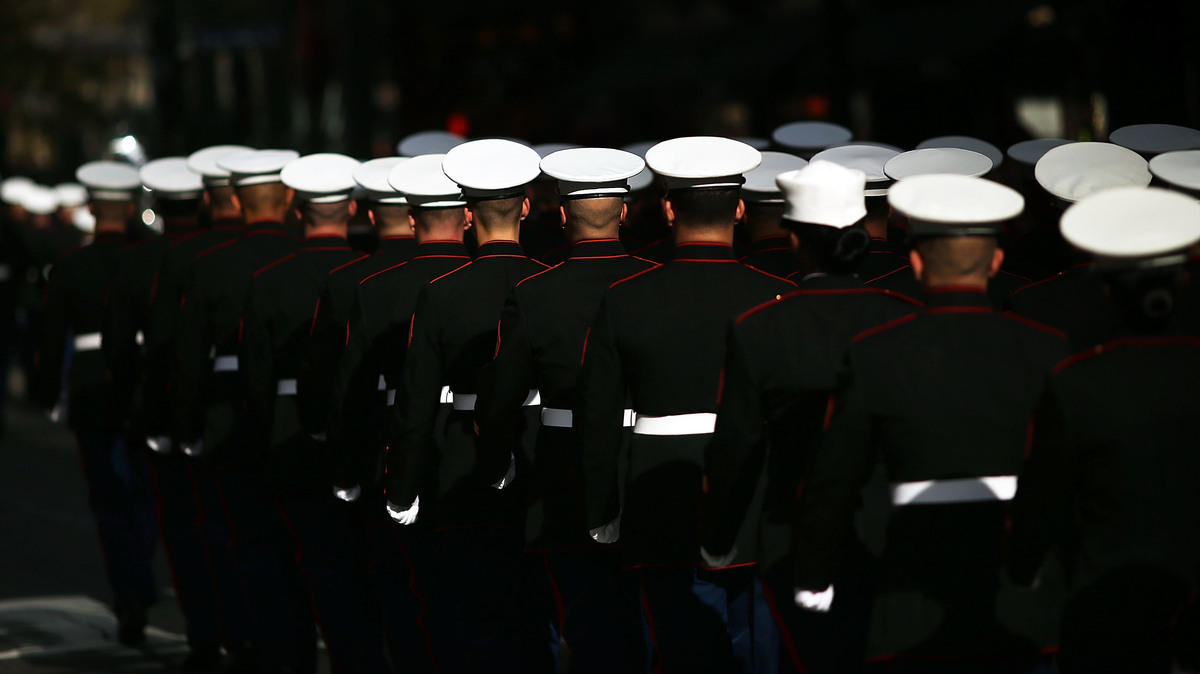 Much has been said about the physical and psychological injuries of war, like traumatic brain injury or post-traumatic stress disorder. But what we talk about less is how these conditions affect the sexual relationships of service members after they return from combat.

Since 2000, service members who were deployed received at least 138,000 diagnoses of PTSD. More than 350,000 have been diagnosed with traumatic brain injury since 2000. Evidence suggests the numbers are actually higher because many don't seek treatment.

These conditions cause their own sexual side effects, such as emotional numbness, loss of libido and erectile dysfunction. And the long list of medications used to treat PTSD, TBI and other medical conditions can worsen those side effects.

'He would sleep for days'

Chuck and Liz Rotenberry of Baltimore struggled with their own challenges when Chuck returned from Afghanistan in 2011. He's a former Marine gunnery sergeant who trained military working dogs. He left active duty in 2012. She is an Elizabeth Dole caregiver fellow, a spokesperson on issues chosen by the military caregiving foundation.

For Liz and Chuck, sex had never been a problem. They've been married for 14 years and they're still very much in love. Liz says she fell for Chuck in high school. He was that guy who could always make her laugh, who always had a one-liner ready and never seemed sad.

But when Chuck returned from Afghanistan, their relationship would soon face its greatest challenge. Baby No. 4 was just two weeks away; for sure, it was a chaotic time. But Liz noticed pretty quickly something was terribly wrong with her husband.

When Chuck was in Afghanistan, an IED — improvised explosive device — exploded 3 feet behind him. Shrapnel lodged into his neck and back.

It would take three years for someone at the Department of Veterans Affairs to explicitly lay out for Liz that Chuck had developed severe post-traumatic stress and suffered a traumatic brain injury — and that she would need to be his caregiver.

During that three-year period, there were times Chuck estimates he was taking 15 to 16 different medications twice a day.

Sex was usually the furthest thing from his mind.

"I didn't think about it. I wanted to be with Liz, I wanted to be near her," he says. "When the desire was there, it was unique. It was rare, as opposed to the way it was before. And a lot of times, with the mountains of medication I was on, you know, in my head [it was] all systems go, but that message didn't go anywhere else."

"The thought of him reaching out to me to give me a hug wasn't existent. It was like I had to give him the hug. I now had to step in and show him love," she says.

Sometimes months would go by before they would have sex.

"It started off as being pretty embarrassing, pretty emasculating," Chuck says. "It was like, 'Really? This too doesn't work?' You blame it on, 'Oh, it's just the medication,' or 'You're tired,' or whatever initially, and you don't realize it's stress or my brain just doesn't work like it used to."

Liz and Chuck had never really talked about sex in any serious way before. So they kept avoiding the conversation — until this year. That's when Chuck finally asked his primary care provider for help. The doctor prescribed four doses of Viagra a month. Liz and Chuck say the medication has improved things substantially — though they joke about how few doses the VA allots them every month.

But asking for just those four doses took Chuck three or four visits to the doctor before he could work up the nerve. He says it can be especially hard for a Marine to admit he's having problems with sex because it contradicts a self-image so many Marines have.

"Marines always jokingly hand out straws. You got to suck it up. You got to do what you need to do to get it done," Chuck says. "It's just a different mission. ... Don't let your pride ruin what you worked so hard for."