Accessibility links
Scientists Find DNA Of Ancient Human Ancestors In Cave Floor Dirt : Shots - Health News Anthropologists in Germany say they may not need old bones to recover ancient DNA. They just analyze dust from the floor of caves where Neanderthals and other now-extinct human relatives once resided. 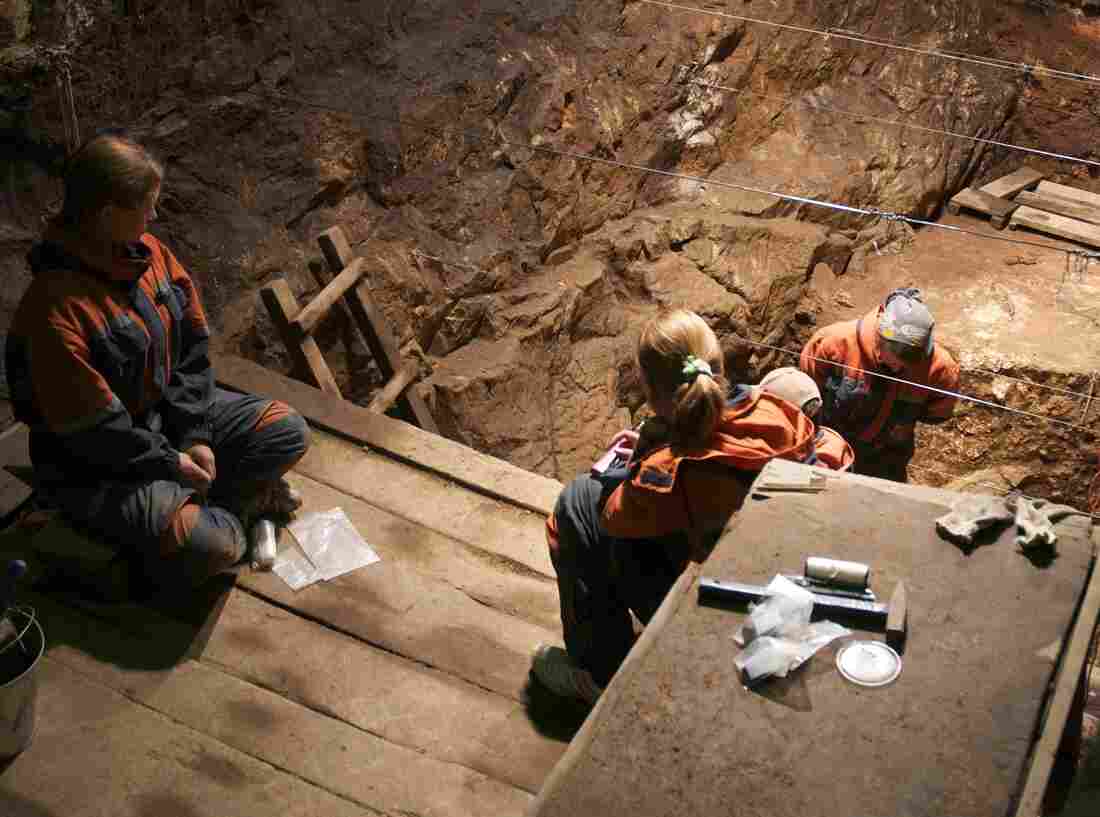 Researchers from the Max Planck Institute excavate the East Gallery of Denisova Cave in Siberia in August 2010. With ancient bone fragments so hard to come by, being able to successfully filter dirt for the DNA of extinct human ancestors can open new doors, research-wise. Bence Viola/Max Planck Institute for Evolutionary Anthropology hide caption 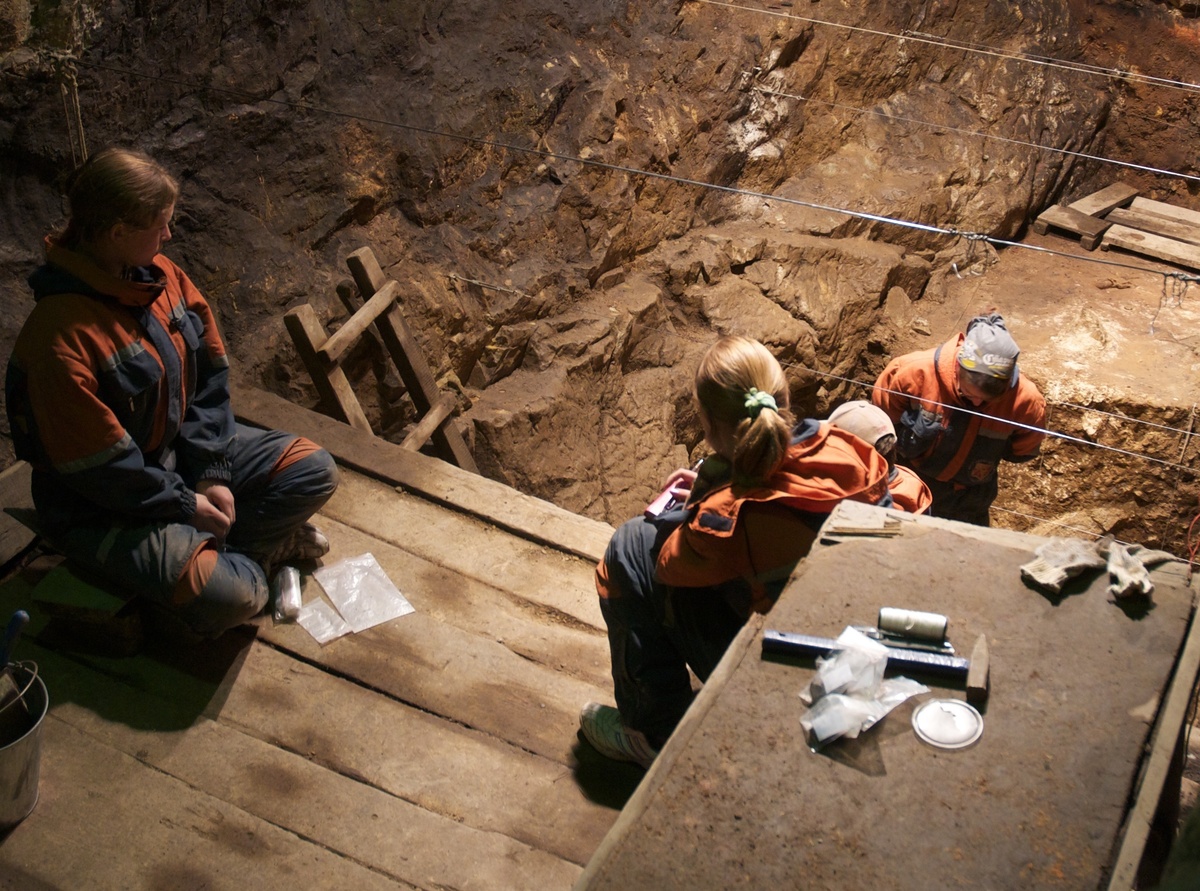 Researchers from the Max Planck Institute excavate the East Gallery of Denisova Cave in Siberia in August 2010. With ancient bone fragments so hard to come by, being able to successfully filter dirt for the DNA of extinct human ancestors can open new doors, research-wise.

Imagine being able to collect the DNA of a human ancestor who's been dead for tens of thousands of years from the dirt on the floor of a cave. Sounds fantastic, but scientists in Germany think they may be able to do just that. If they're successful, it could open a new door into understanding the extinct relatives of humans.

Most ancient DNA is extracted from bones or teeth. Matthias Meyer of the Max Planck Institute for Evolutionary Anthropology in Leipzig says you don't need very much of the bone; less than a thousandth of an ounce will do.

But there's a problem. Anthropologists hate to give away any of their precious bones.

He and his colleagues began to wonder if maybe they didn't need an intact bone at all. Many of these interesting bones come from caves. What if, over the millennia, some of the bones had just degraded into a kind of dust, and fallen to the floor of the cave. It would be easy enough to get at that dust.

"You just take a shovel with some dirt, and then you look for DNA," says Meyer. He says other scientists have recovered DNA from a variety of species from the floors of caves.

Meyer now has some of this ancient human DNA from cave floors, and he's been able to begin analyzing it. But there are problems to solve before he can make sense of the data. He'll have to develop methods to be certain that the DNA came from an ancient human bone, and not a more recent human cave explorer or some contaminating bacteria. And the DNA they'll get will be in tiny snippets. Piecing together the big picture will be tricky.

Meyer says they're making headway with those issues.

Now, let's say you can get lots of DNA that you know comes from an ancient human ancestor. What do you do with it?

Plenty, says Janet Kelso, a colleague of Meyer's at the Max Planck Institute.

"We've initiated a project just this year to try and generate sequences from a large number of Neanderthals, to try to understand something about the Neanderthal population histories," Kelso says.

Even though they're gone now, Neanderthals were in Europe and western Asia for more than 300,000 years, she says. During that time the climate in those areas changed dramatically. At times glaciers covered a large chunk of the landscape.

If archaeologists can get DNA samples from Neanderthals at various time points in their history, Kelso says, "we can see how were they adapting to the environment. How did they differ over time? Can we understand what happened to them in the end? That may not be something you can tell from the sequence, but it would be interesting to try."

Kelso says most modern human populations have at least some genetic connection to Neanderthals. But there are many questions about when and where Neanderthals made their contributions to the modern human gene pool.

It would be pretty amazing if the answers came from dirt on the floor of caves.