Accessibility links
North Carolina Residents With Obamacare Insurance WorryAbout Repeal : Shots - Health News Over half a million people in North Carolina rely on insurance made available under the Affordable Care Act. Many are concerned about what happens if the federal health law is dismantled. 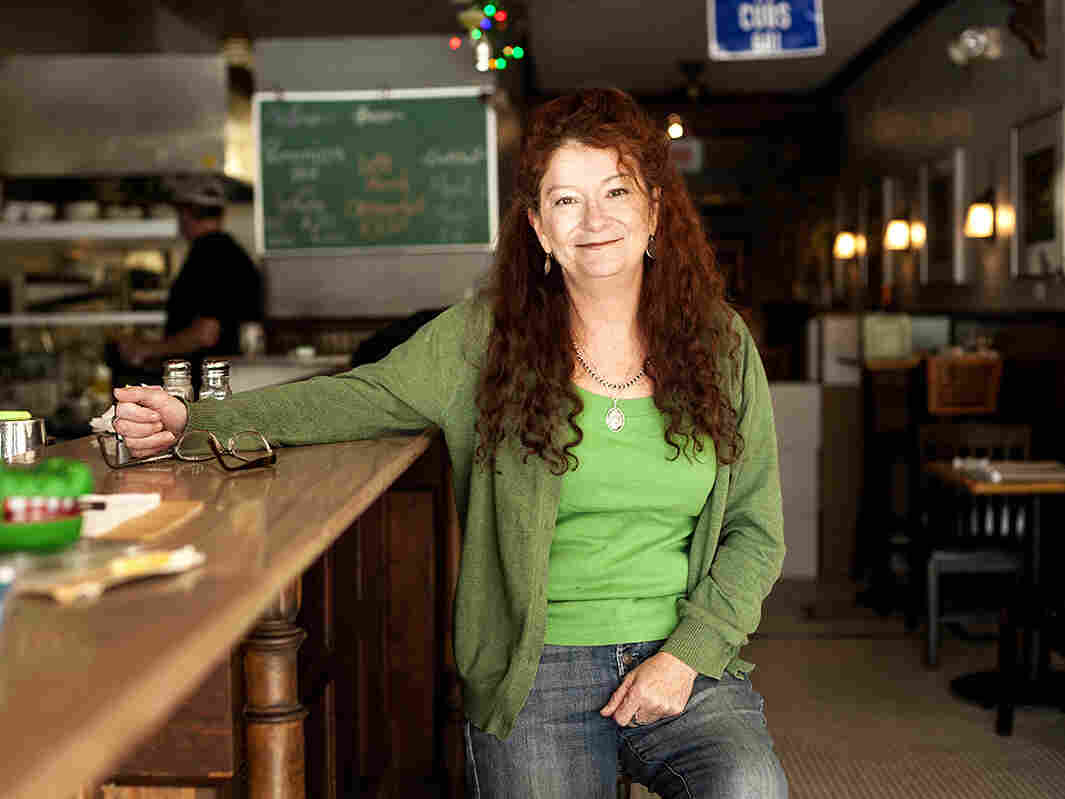 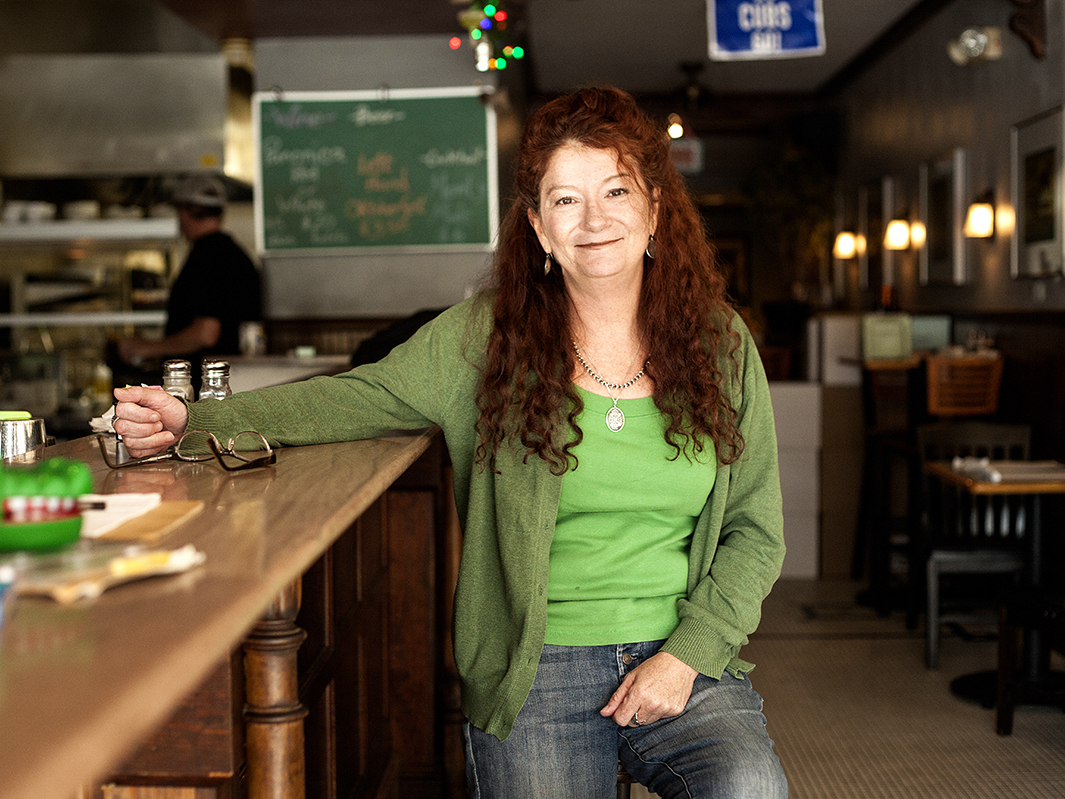 Sara Kelly Jones of Charlotte, N.C., says she is terrified she will lose her health insurance if lawmakers repeal the Affordable Care Act.

Darlene Hawes lost her health insurance about a year after her husband died in 2012.

Hawes, 55, is from Charlotte, N.C. She ended up going without insurance for a few years, but in 2015 she bought coverage on HealthCare.gov, the Affordable Care Act marketplace, with the help of a big subsidy.

"I was born with heart trouble and I also had, in 2003, open-heart surgery," she says. "I had breast-cancer surgery. I have a lot of medical conditions, so I needed insurance badly."

After the results of the 2016 election came in, she was scared she'd lose her insurance immediately. For years, Republicans have vowed to scrap the health care law. The new Congress is already working on a plan to undo the Affordable Care Act. But they have not settled on how to replace the health care structure that Obamacare set up.

Hawes is one of about 550,000 North Carolinians who relies on the Obamacare marketplace for health insurance. She was relieved after she talked with an enrollment specialist last month who told her she can renew her policy for 2017.

"And I'm like, 'Oh my Lord, did she just say that?' " Hawes asks with a laugh. "It's just like a whole load of burdens just fell off of my back because all the years I haven't been covered since my husband passed away — I don't want to be sad again. I was very sad."

Most health care researchers and policy analysts agree not much is likely to change in 2017.

"Even the Republican Congress in one of their most recent bills to repeal it, they put in a two-year transition period, so that the premium subsidies and the other provisions of the law that are fundamental wouldn't be repealed for a couple of years," says Sabrina Corlette, a research professor at Georgetown University's. 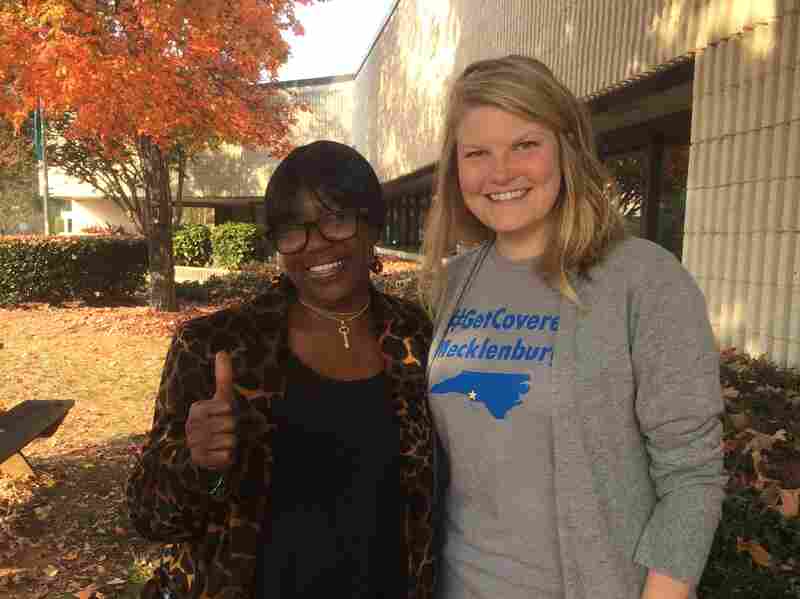 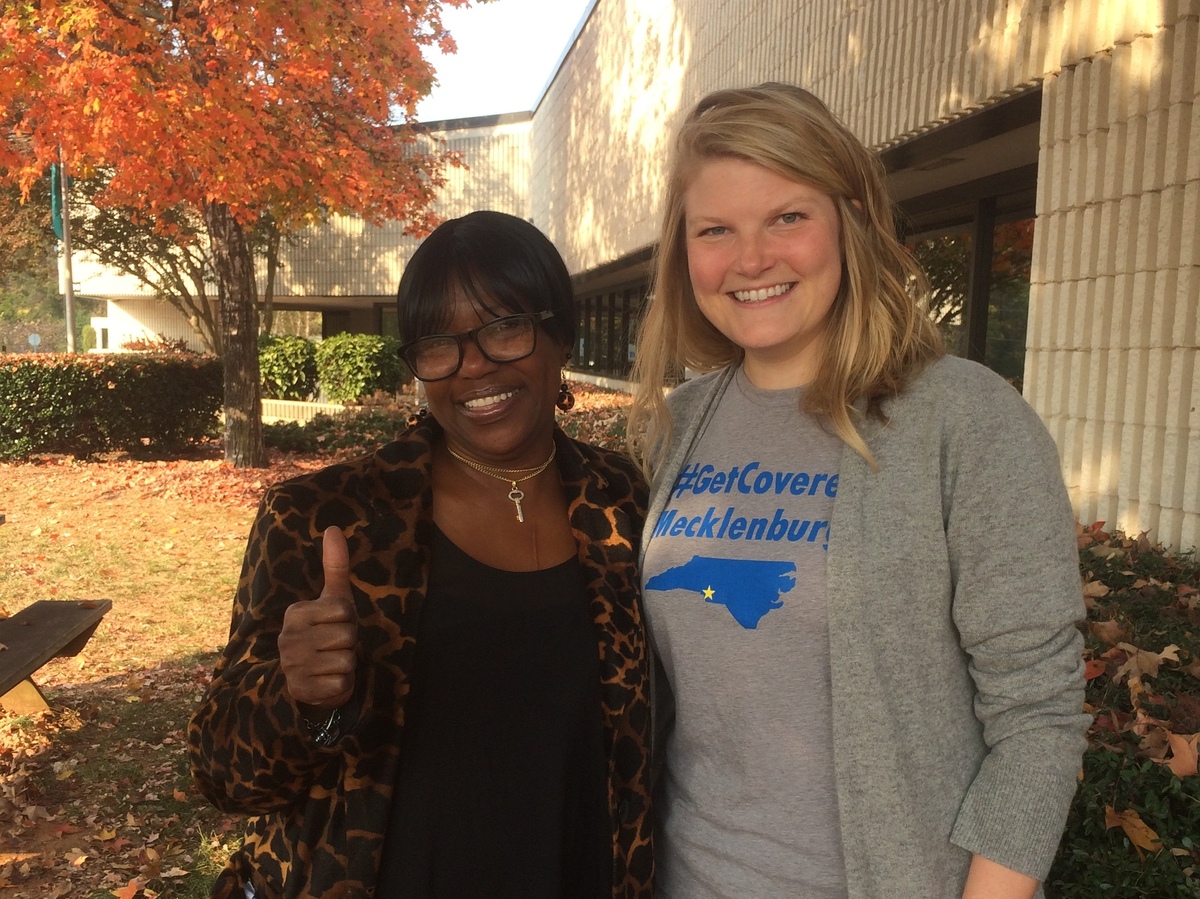 Some Republican leaders say repeal should happen immediately with a transition period to come up with a replacement.

Still, the CEO of HealthCare.gov, Kevin Counihan, says he can't guarantee coverage will remain. "It's not my place to promise anything about a new administration," he says. "But what I can tell you is not only are we moving forward, but our enrollment is higher than expected."

Julieanne Taylor with Legal Services of Southern Piedmont is helping people sign up. She says about a third of them have asked about the election.

"But generally when we're calling, people are really excited to have their appointment and come in and look at the plans for 2017," she says. "I think they're mostly interested in how much they're going to be paying."

In some ways, North Carolina is in tough shape. Premiums are going up and insurance companies have dropped out, leaving Blue Cross Blue Shield of North Carolina as the only insurer in 95 percent of the state.

"There is continuing demand for services and continuing high utilization within this block of business," he says.

What he calls "this block of business" means the customers who buy insurance on the exchange. It's a small slice of the overall health insurance market, because most people are covered through work or Medicare. The overwhelming majority of consumers who buy coverage on the exchange get federal subsidies that greatly reduce what they pay.

Still, it's been a turbulent market for consumers and insurers. Over the past two years, Blue Cross has lost $400 million in North Carolina on that part of its business.

Amid the post-election uncertainty, Tajlili says Blue Cross is committed to offering plans in 2017.

"2017 will be another pivotal year for us as we look at the individual market," he says.

One of Blue Cross' new customers will be Sara Kelly Jones, 46, who works at Letty's restaurant in Charlotte, N.C. She recognizes Obamacare isn't perfect. But before the law, health insurance was a financial vise that kept tightening on her.

But under Obamacare, Jones qualifies for a subsidy. Her premium will go up with Blue Cross, but she says she can afford it with that help.

Jones says the political debate over the law ignores people like her.

"I'm terrified," she says. She's worried about the Republican Congress' pledge to scrap and replace Obamacare without presenting a detailed proposal. "If there had been any plan outlined that wasn't just some vague, 'We're going to replace it with something awesome,' " she says she'd rest easier. "They have no plan! What on Earth are you going to do with all these people, myself included, that are counting on this?"

This story is part of a reporting partnership with NPR, WFAE and Kaiser Health News. You can follow Michael Tomsic on Twitter: @michaeltomsic.