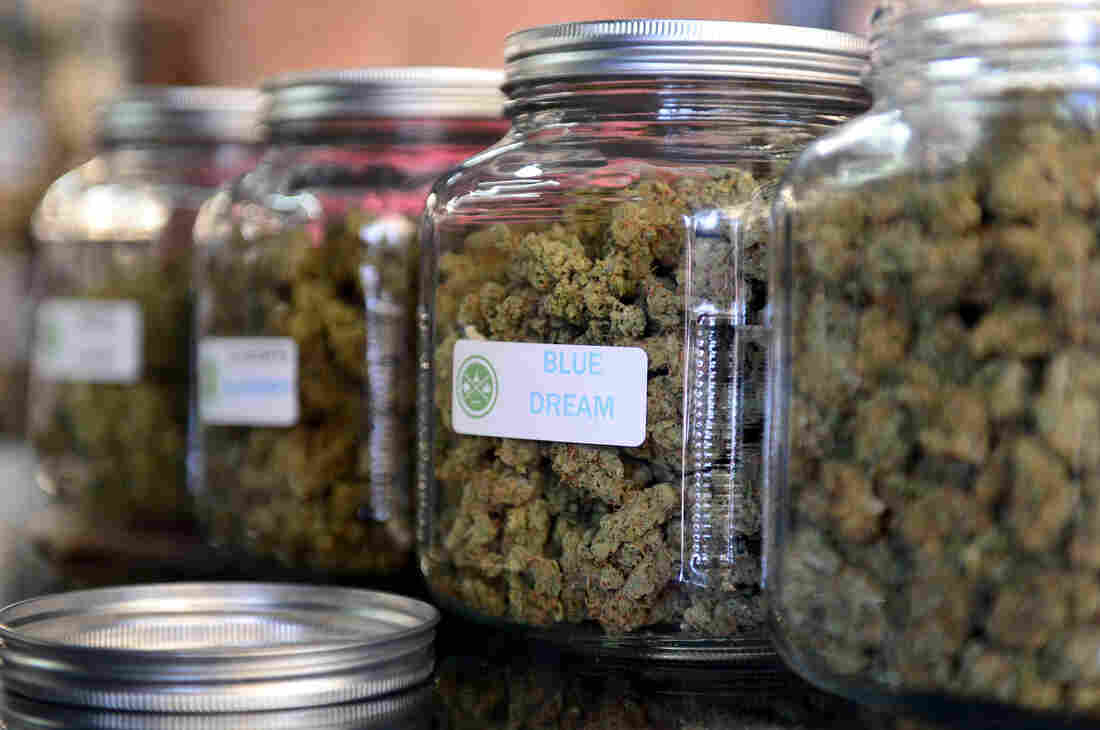 The highly rated variety of medical marijuana known as "Blue Dream" was displayed among other strains at a cannabis farmers market in Los Angeles in 2014. Frederic J. Brown/AFP/Getty Images hide caption 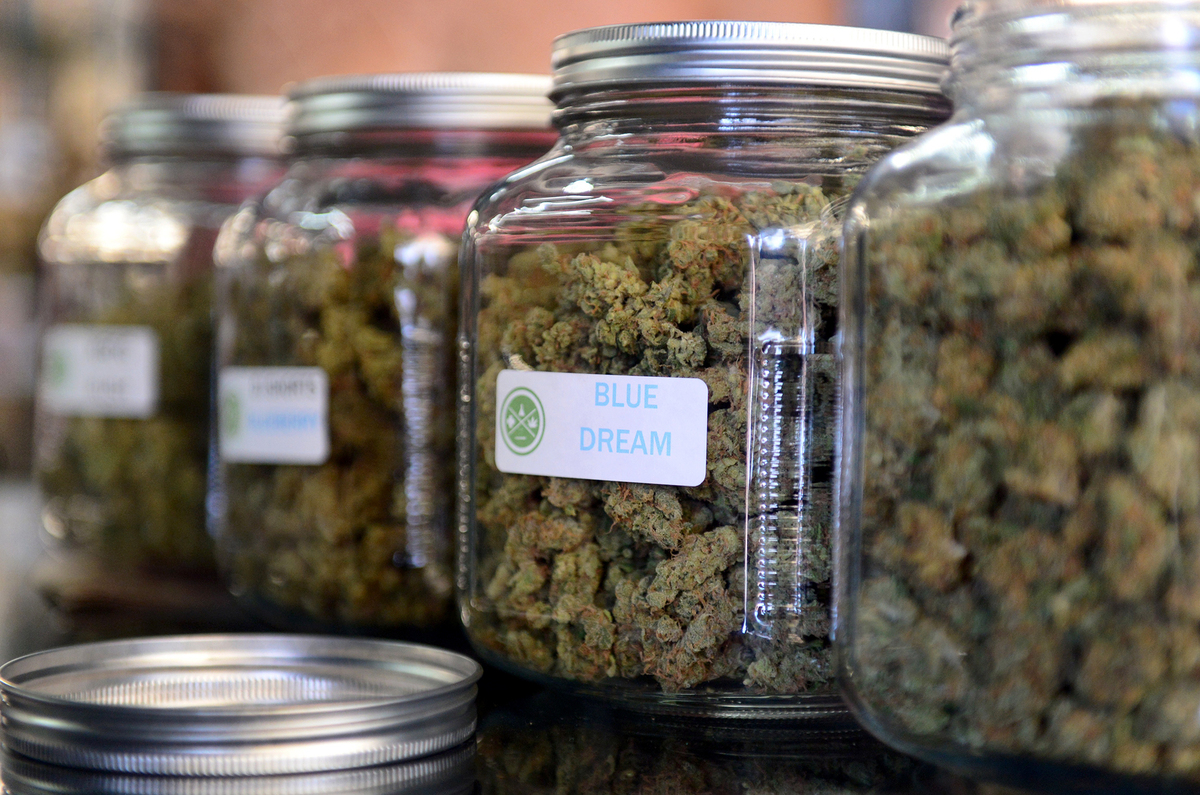 The highly rated variety of medical marijuana known as "Blue Dream" was displayed among other strains at a cannabis farmers market in Los Angeles in 2014.

So far, more than half of all U.S. states have legalized marijuana for medical use, and eight (plus the District of Columbia) have legalized the drug for recreational use. Varieties of cannabis available today are more potent than ever and come in many forms, including oils and leaves that can be vaped, and lots of edibles, from brownies and cookies to candies — even cannabis gummy bears.

A report published Thursday by the National Academies of Sciences, Engineering and Medicine analyzed more than 10,000 studies to see what could conclusively be said about the health effects of all this marijuana. And despite the drug's increasing popularity — a recent survey suggests about 22 million American adults have used the drug in the last month — conclusive evidence about its positive and negative medical effects is hard to come by, the researchers say.

According to the report, that's at least partly because the federal drug enforcement agency's designation of the drug as a Schedule I substance — having "no currently accepted medical use and a high potential for abuse" — entails so many restrictions that it has been difficult for researchers to do rigorous research on marijuana.

Some of the highlights of her committee's 337-page report on marijuana include:

"The adolescent brain is very sensitive to these kinds of substances," McCormick says. "So they continue to use it — and may use it in increasing amounts — and are at risk for developing problematic cannabis use."

Erik Altieri, who directs the National Organization for the Reform of Marijuana Laws, says he thinks the legalization of marijuana by many states may actually reduce the problematic use of the drug by teens.

"That's because we are taking marijuana off of the street corner," he says, "and out of the hands of drug dealers, who have nothing but incentive to sell to everyone and anyone." Legalizing the drug, he points out, puts it "behind the counter of a regulated business that has to check for ID, answer to the government and has oversight."

So far, states that have legalized recreational marijuana have not seen an increase in use among underage teens, Altieri says.

"By legalizing it and normalizing it," he says, "it's become just another everyday thing that adults partake in — it doesn't have that same draw to it that it used to."

Still, McCormick says, many health questions remain to be answered by better research. The increased legal availability of cannabis products in many states, and their increased potency, she says, make that rigorous research more important than ever.