Accessibility links
Promoting PrEP To African-American Women For HIV Prevention : Shots - Health News African-American women are more likely to be infected with HIV than other women. So the District of Columbia is launching an effort to inform them about PrEP, medication that can reduce their risk.

Spreading The Word About HIV Prevention For African-American Women

Spreading The Word About HIV Prevention For African-American Women 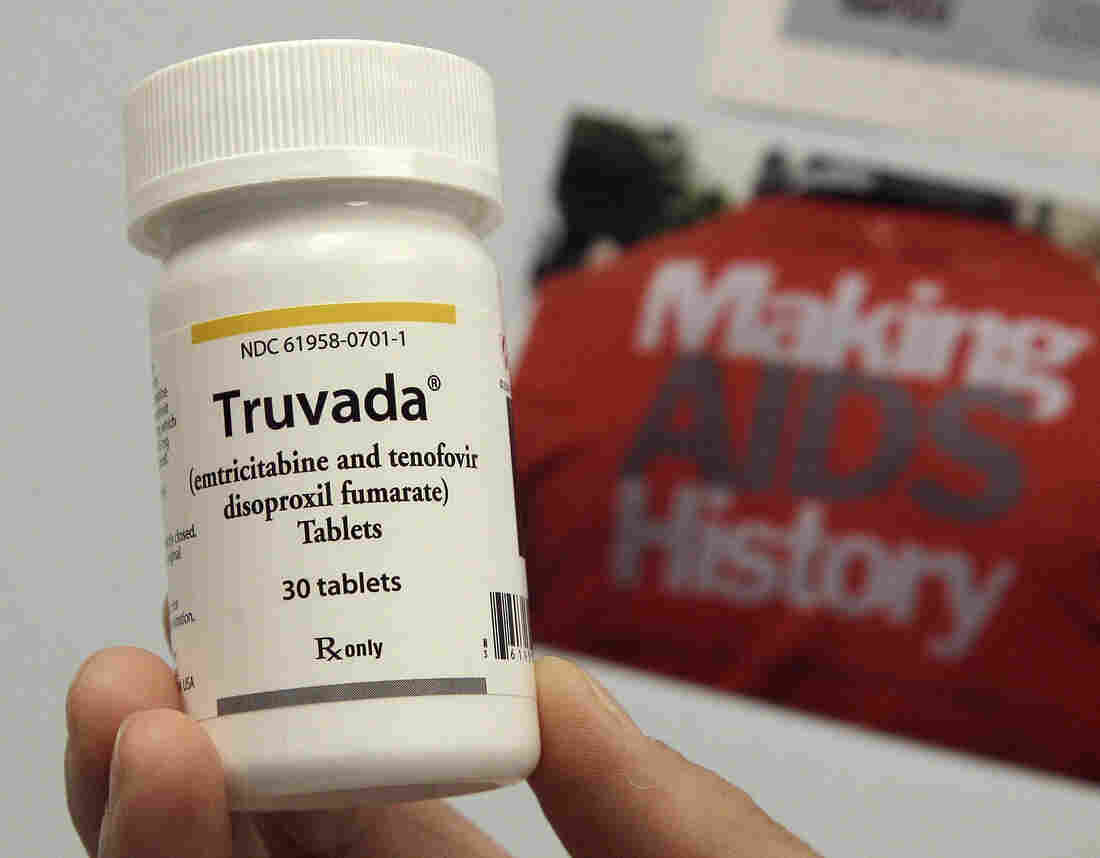 Truvada, when taken daily, can vastly reduce the risk of getting HIV in people at high risk. Jeff Chiu/AP hide caption 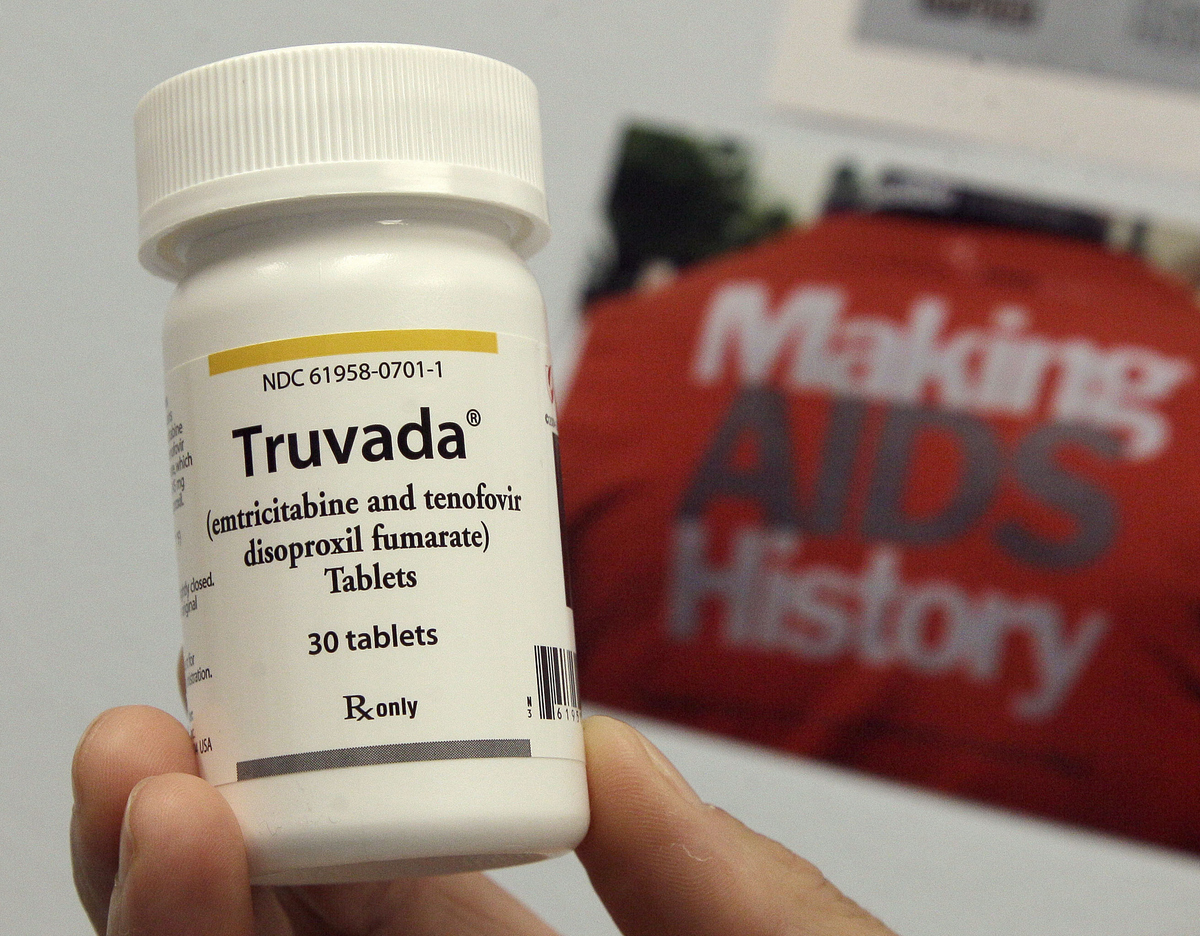 Truvada, when taken daily, can vastly reduce the risk of getting HIV in people at high risk.

African-American women are more likely to be infected with HIV than other women, and many don't know it. So public health officials and advocates are trying to get the word out about PrEP, pre-exposure prophylaxis. It's a daily medication that helps prevent HIV infection.

"This is all about empowering women, especially black women, by giving them sexual health options and also embarking on a path of research," says Linda Blout, president of Black Women's Health Imperative, a nonprofit organization in Washington, D.C. The organization is helping to launch the capital's first citywide program to promote use of PrEP among women.

The medication, which is sold under the brand name Truvada, was approved by the Food and Drug Administration in 2012 to prevent HIV infection. Research conducted in Africa, where HIV transmission in heterosexual couples is common, found that it is effective in preventing HIV infection when one partner is HIV positive. If the daily pill is taken consistently, it can reduce the risk of HIV infection by up to 92 percent.

In the U.S., the first priority was to get Truvada to men who have sex with men, who accounted for 83 percent of new HIV diagnoses in 2014, according to the Centers for Disease Control and Prevention.

But the drug isn't just for men, says Dr. Eugene McCray, director of the CDC's Division of HIV/AIDS Prevention. African-American women represent the highest percentage of HIV infections among women, McCray says. "That is alarming, and we at the CDC are working to address the issue by spreading knowledge. But in order for us to do that, we also need to encourage African-American women to get tested."

According to the CDC, African-American women make up 62 percent of women diagnosed with HIV in the U.S. White women account for 18 percent, with Latinas at 14 percent.

McCray says the CDC is planning in the upcoming months to produce campaigns targeted at black women that educate them on their risk and how PrEP can be used as a preventive measure.

Women in the nation's capital face a higher risk because about 2 percent of residents are already infected with HIV, making exposure more likely. In addition, Blout says, social issues like incarceration and poverty tend to increase the risk of HIV within the black community.

In addition, Blout also says there is a lack of empowerment among black women to ask their partners to either get tested or wear a condom. McCray agrees. "Many women do not know the status of their partners and they are weary of asking them to get tested," he says.

"A lot of the issue has to do with misinformation or simply not being informed at all," says Nancy Mahon, executive director of the MAC AIDS Fund, which is providing financial support for the effort. "When it comes to PrEP, many people still don't even know it exists, especially heterosexuals. Many black women we've spoken to felt puzzled about why we were addressing how this drug is available to them. A component of the issue is that the drug is hard to obtain without a doctor."

One of the challenges in getting women educated about PrEP is that primary care providers such as OB-GYNs often aren't aware of it. That problem is compounded with low-income patients who don't always get regular doctor visits and preventive care.

"The other problem here is that it generally takes five to 10 years for consumers to become socially acquainted with any drug," McCray says. "That's why we're trying to push the information associated with PrEP to the communities in dire need of it."

"Women simply don't know the drug exists," Blout said. "When they eventually do find out about it, they're angry at their doctors for not telling them about it. It's really about giving women the agency to protect their health."

That includes information on using condoms or other methods to ensure safe sex, especially among married couples. "These are all factors that increase the exposure to HIV for black women," Blout said.

According to Blout and Mahon, much of the program's effort will concentrate on getting health care providers and public health clinics well-informed about the drug. Continuing education will be provided to health officials and providers in D.C. this year. "That's the starting point," Blout says.

The program faces its biggest obstacle right as it rolls out, Blout says. "Stigma is our hardest hurdle."

Mahon agrees. "This is a problem when it comes to PrEP and women, because it's highly been stigmatized as a 'gay drug' or an easy way to promiscuity." Outreach to women and health care providers will, she hopes, "get the open conversation going with a group of people who don't even know they need to have this particular conversation."