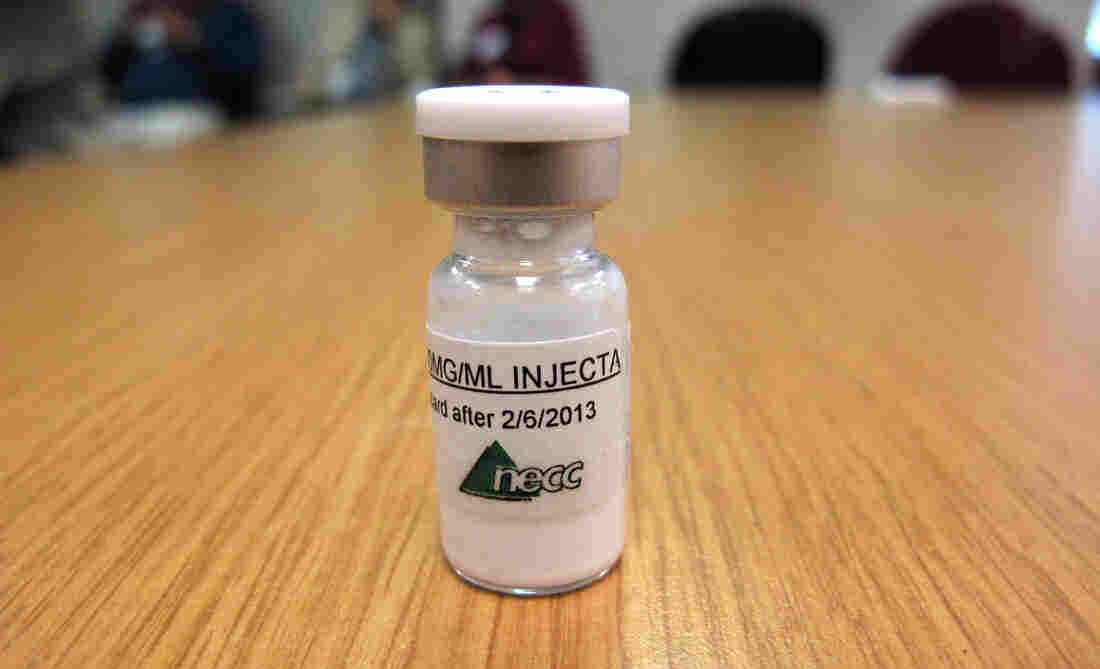 A vial of injectable steroids from the New England Compounding Center seen at the Tennessee Department of Health in Nashville in 2012. Kristin M. Hall/AP hide caption 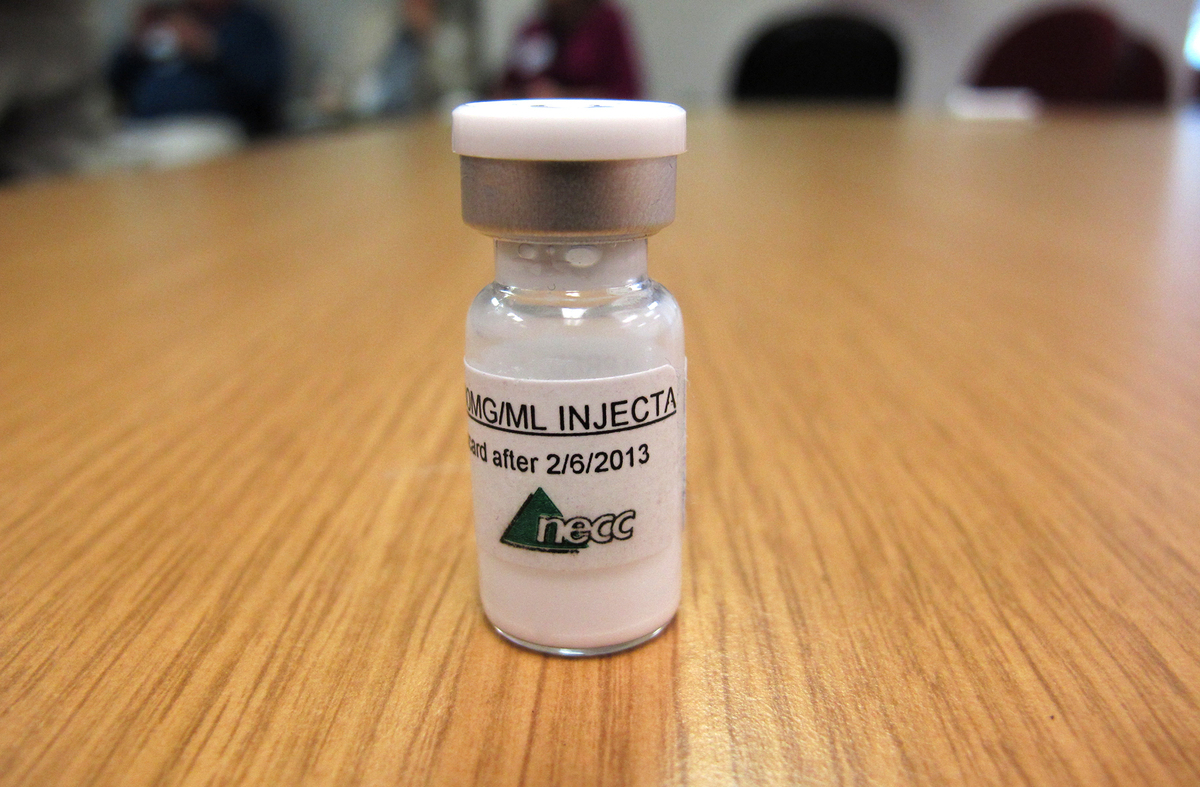 A vial of injectable steroids from the New England Compounding Center seen at the Tennessee Department of Health in Nashville in 2012.

Hundreds of people around the country are still suffering from complications linked to injections of tainted medicine produced at a Massachusetts pharmacy in 2012.

A nationwide outbreak of fungal infections was tied to the shipment of nearly 18,000 contaminated vials of preservative-free methylprednisolone, a steroid, made by the New England Compounding Center in Framingham, Mass.

Barry Cadden, an owner of the pharmacy, is now on trial in U.S. District Court in Boston. He faces federal charges that include racketeering and second-degree murder. He pleaded not guilty.

The trial, which began Jan. 9, is expected to last two or three months.

Federal prosecutors say the steroids were mixed in unsanitary conditions with expired ingredients.

Bruce Singal, Cadden's attorney, declined to comment. In court, he has said that Cadden oversaw the company's operations, but didn't work in the facility's "clean rooms" or mix the drugs that harmed people. "He is not a murderer and he is not responsible for their deaths," Singal said, according to the Associated Press.

The outbreak of fungal infections tied to injections with contaminated medicines killed at least 64 people and sickened about 700 more. A report about the public health investigation and response published in The New England Journal of Medicine in 2013, said the outlook for "patients remains uncertain. Although many case patients have completed antifungal therapy and their conditions are currently stable or improved, relapses of infection are possible."

Many people who got sick after the injections are still waiting for compensation checks from a legal settlement with the compounding pharmacy.

Several people who became sick after injections talked about their lives since then. None has testified in the case but some have plans to attend the trial. Here are excerpts from conversations with them. 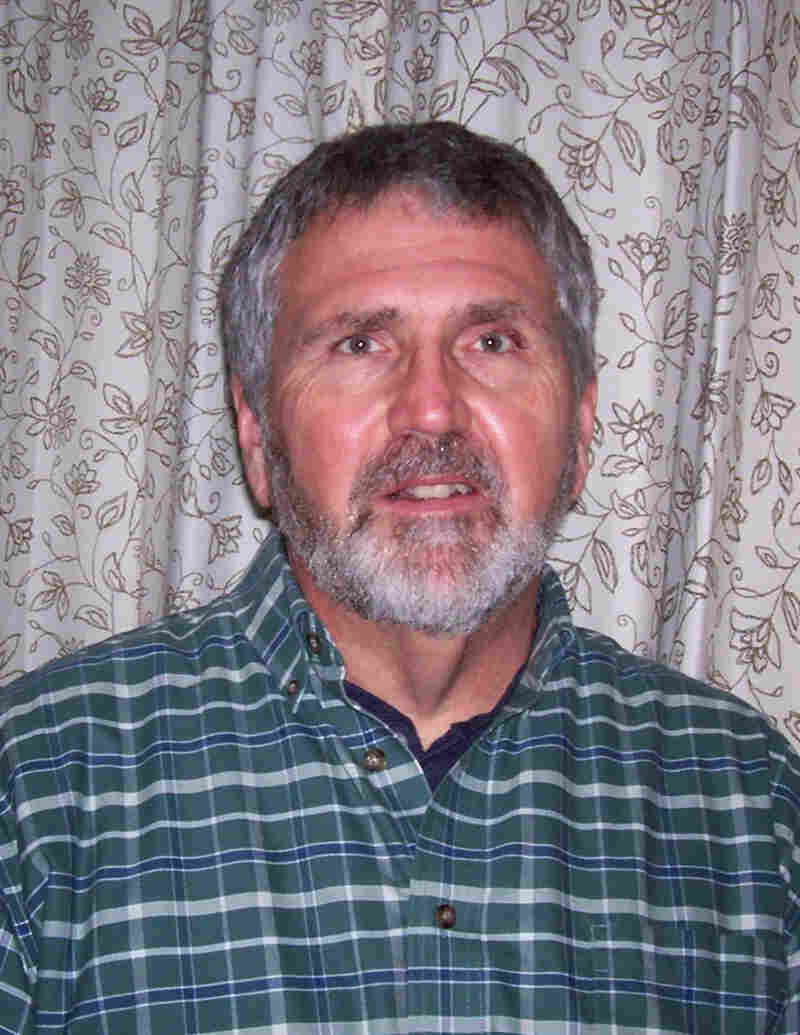 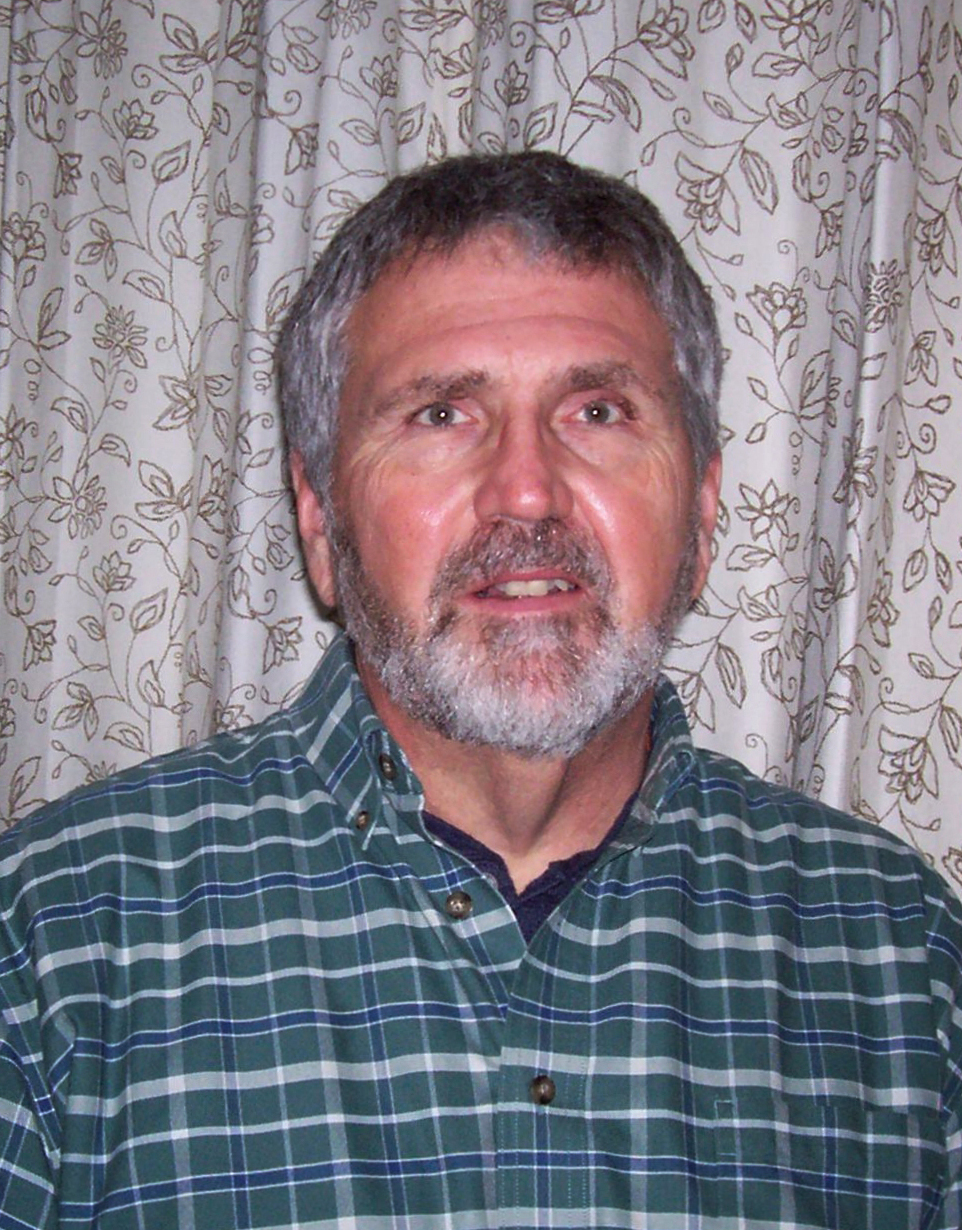 The last injection — the steroid injection that I got in my spine — was for pain in my legs, pain and numbness, due to spinal cord injuries. During the course of the next few days, I felt like I was coming down with the flu ... I had trouble remembering things. I came down with an incredible headache that didn't go away. I had terrible neck pain, and my eyes were very sensitive to light.

I've gone from being a person who walked two or three miles a few times a day. ... I used to go out a lot in wilderness areas and did backpacking. And now I only leave the house a couple times a week. I'm always tired and always in pain, I can't think. I get confused easily. ... I can't read like I used to.

Justice needs to be done here. Tremendous harm was done to a great many people, and that should not be forgotten. 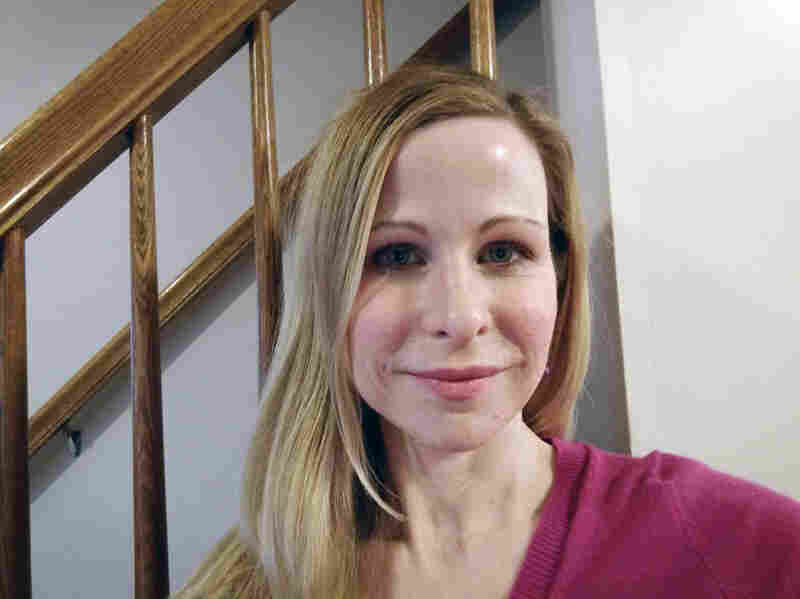 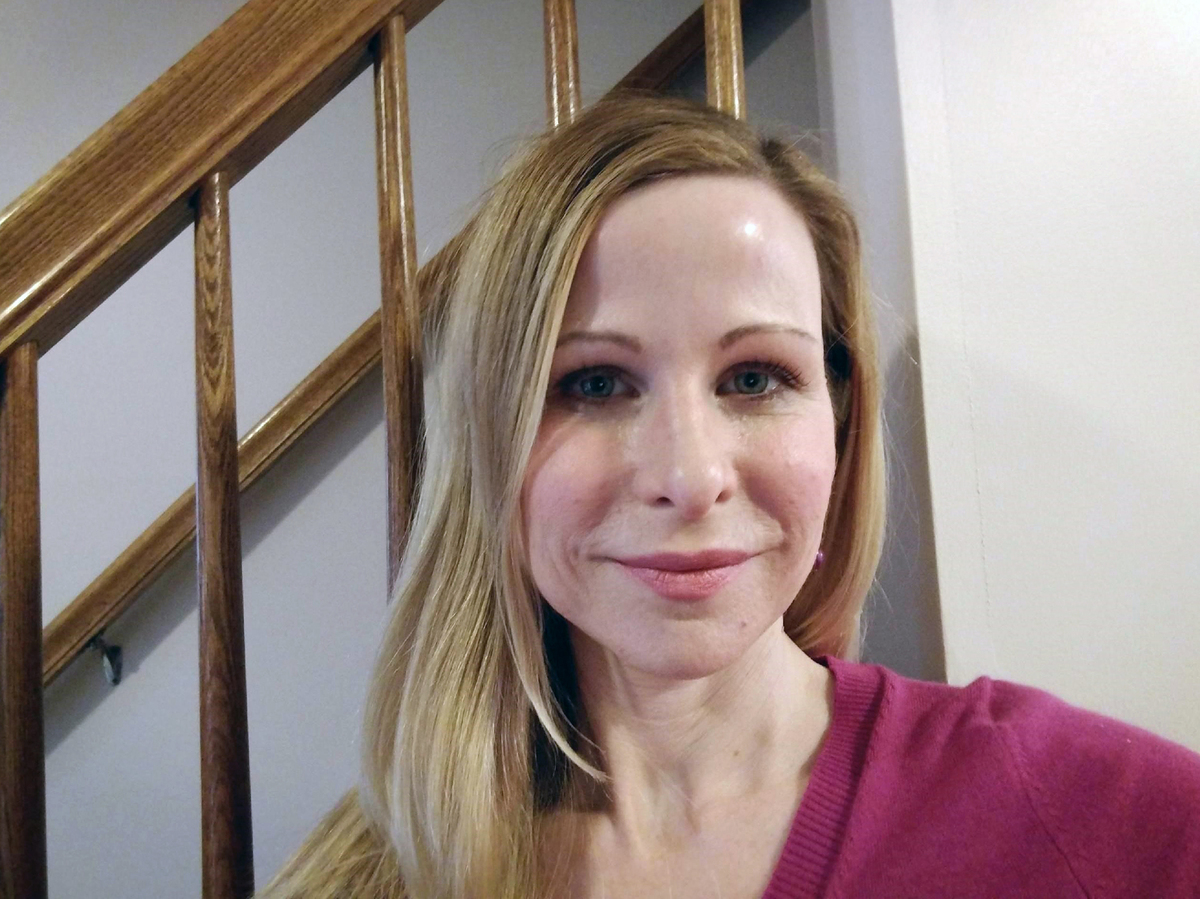 I had fungal meningitis and was admitted to the hospital. When I was released, I ended up having a stroke and developed a brain aneurysm. I was readmitted, and I was there for almost another two months. ... I got very sick. I was vomiting all the time, had horrible headaches every day. I lost a good 30 pounds; I went down to 100 pounds. ... I missed about a year of work. And it was discovered later that I'd developed an abscess in my spinal cord. I had to have that surgically removed. But they could not get all of the abscess out, because they said if they would have sliced any deeper, they could have paralyzed me or I could have lost bowel or bladder function.

Kathy Pugh, daughter and caregiver for her mother, Evelyn March, 85, of Pinckney, Mich.

[My mother had] an abscess in her back on her spine at the site of the injection of the tainted medicine. Now she's not doing well at all. It's pretty much 24/7 pain. She went from being a very vital woman with just sporadic problems with her back, to where she's bedridden in a hospital bed on oxygen, looking up at the ceiling. That's her life — occasionally trying to watch TV, but she finds it hard to concentrate for a very long length of time. That's one of the side effects of the antifungal medication, which it was 'take or die.' " 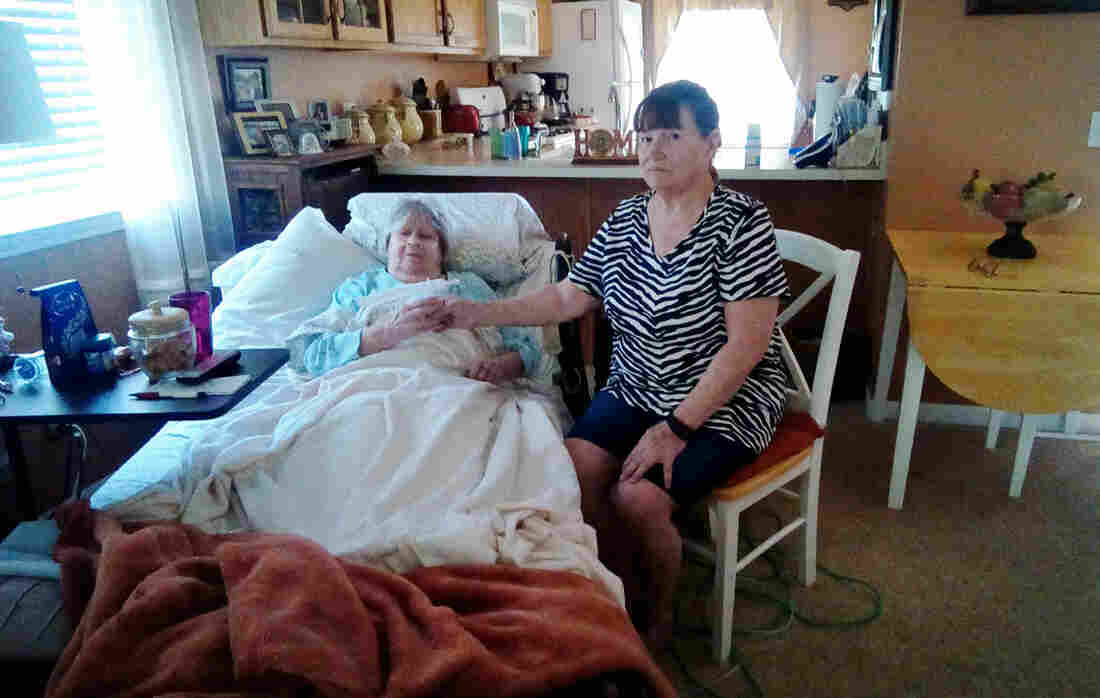 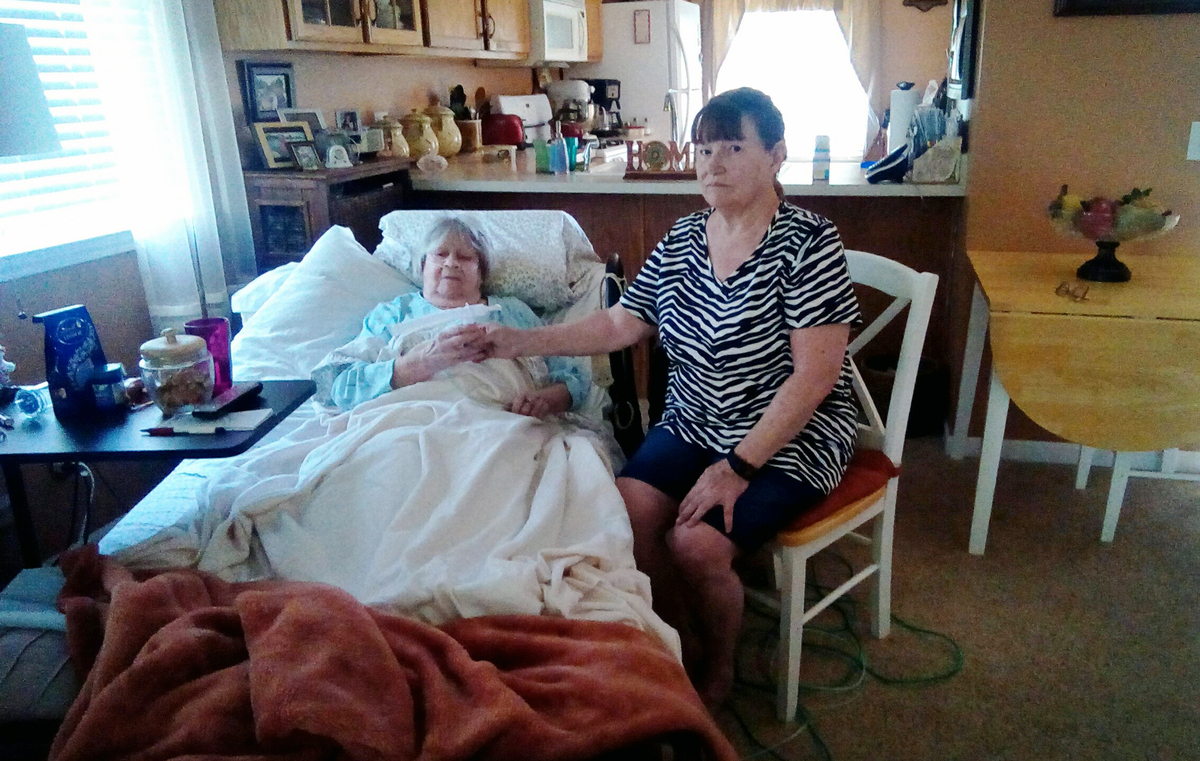 My life's upside-down compared to what it was. I don't understand why things can be allowed to happen like that. Getting old is bad enough, but then to put something else on to it. ... I hope [Barry Cadden] gets his butt burned. I mean he, he, ... well, I'd better shut up, because I'd probably say more than I should say.