Accessibility links
Heading The Ball In Soccer May Increase Concussion Risk : Shots - Health News While a large number of the concussions in soccer come from players knocking skulls, heading the ball poses its own threat, a study finds. 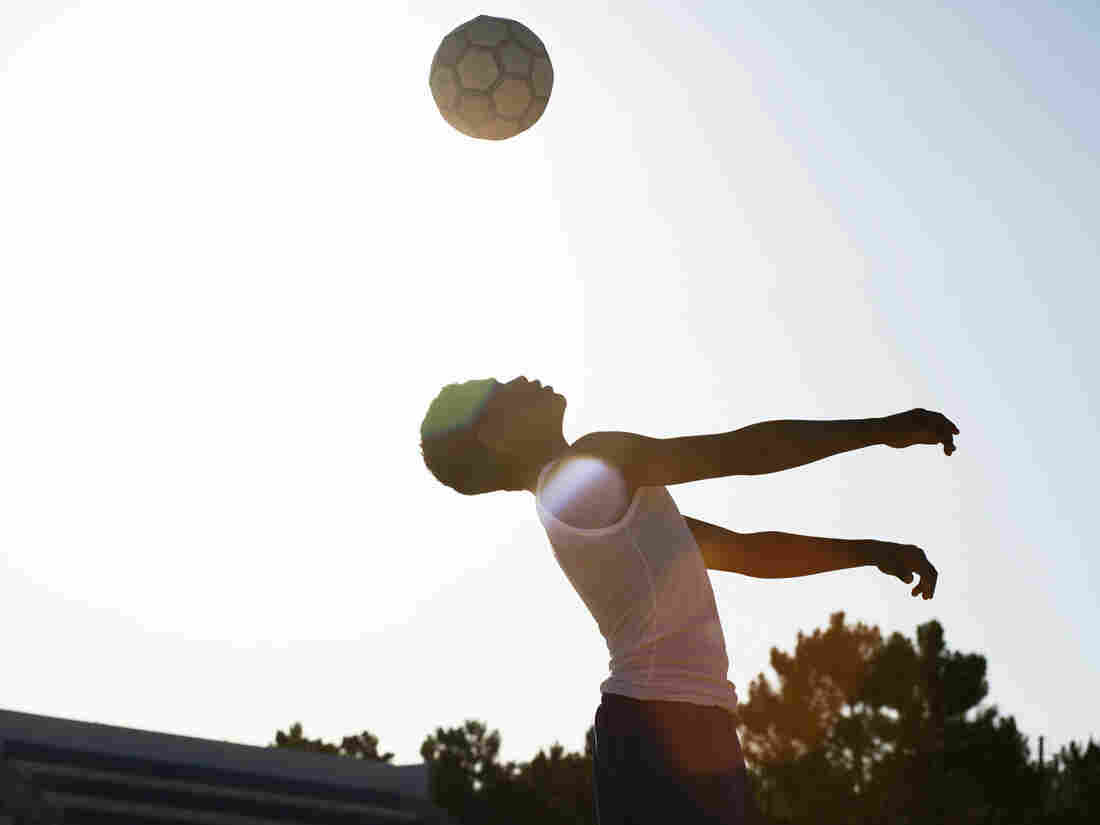 Players who headed a lot of balls — an average of 124 in two weeks — were three times more likely to get a concussion compared to soccer players who rarely headed. Roger Weber/Getty Images hide caption 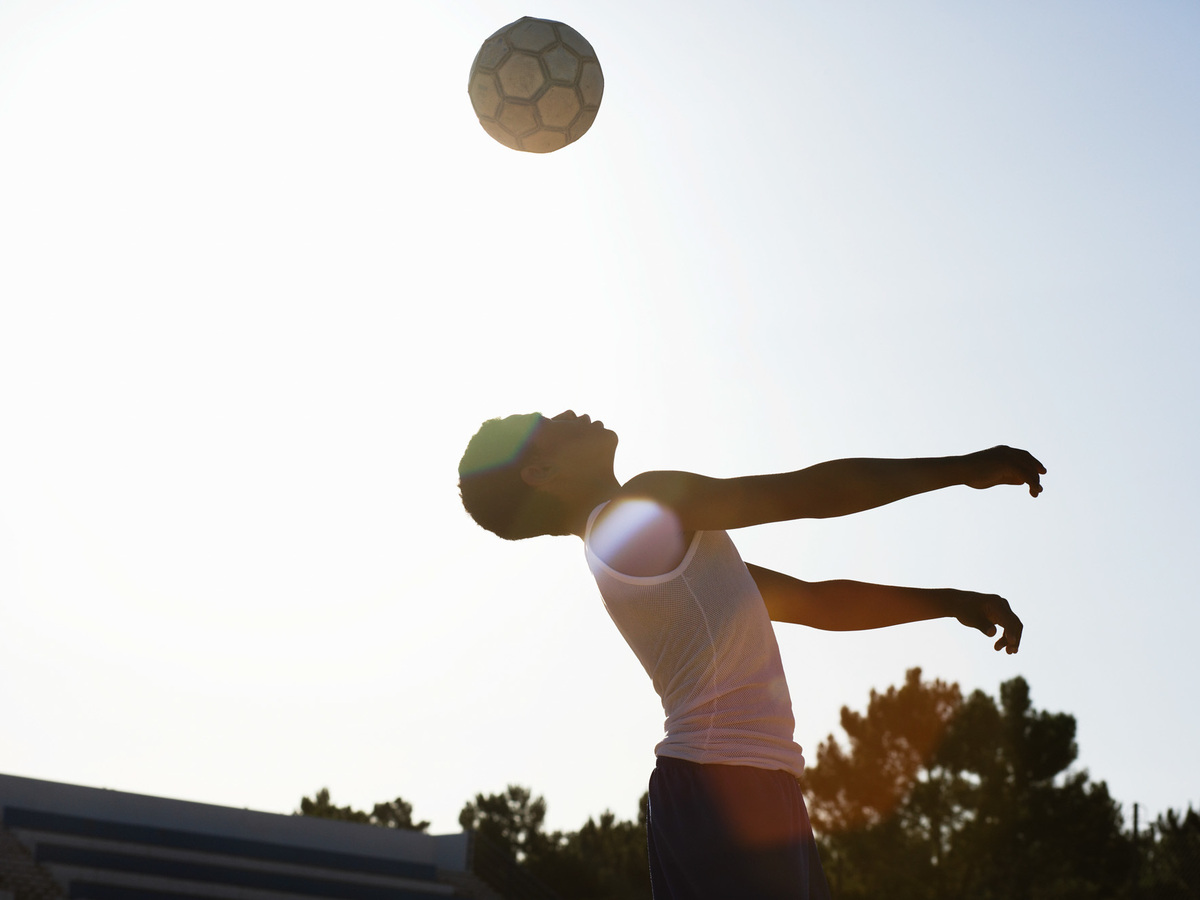 Players who headed a lot of balls — an average of 124 in two weeks — were three times more likely to get a concussion compared to soccer players who rarely headed.

Heading a soccer ball is both a fundamental skill and a dynamic way to score a goal, but research says it could be causing concussions along with player collisions.

Players who headed a lot of balls, an average of 125 over two weeks, were three times more vulnerable to concussion than those who headed less than four in that time period, according to a study published Wednesday in the journal Neurology. These header-happy players reported having concussion symptoms like headache, confusion and even unconsciousness.

This adds more cause for concern regarding traumatic brain injury in soccer, a sport already notorious for high concussion rates. The cause of these concussions, though, has been disputed. One study showed player-player contact was to blame for 69 percent of concussions in boys and 51 percent in girls. So some argue that changing the rules to limit heading would only reduce concussion by a small amount.

"Before banning heading, the focus should be to enforce existing rules prohibiting athlete-athlete contact," says Dawn Comstock, an injury epidemiologist at the University of Colorado's School of Public Health who was not involved in the study. "That's the main risk for head injury in soccer."

Still, others say that the risk that comes with headers is worth limiting as well—especially when the effects of repeated, low-level head impacts aren't exactly crystal clear.

"Over a quarter of a billion people play soccer all across the world," says Michael Lipton, a professor of radiology and psychiatry/behavioral sciences at Albert Einstein College of Medicine in New York and lead author on the study. "So it's key to understand the long term effects of headers, a skill unique to the sport."

Lipton adds that the smaller, more frequent impacts like those from heading a soccer ball often sneak under the radar compared to violent collisions, but they could still pose significant threats to brain health.

To unearth what symptoms accompany heading a lot of soccer balls, Lipton and his colleagues had 222 amateur adult soccer players take web surveys over a nine-month period. The surveys asked questions like whether they played indoors or outdoors, how many headers they did, if they unintentionally hit their heads and if they had any subsequent symptoms like headaches or confusion.

After crunching the numbers, Lipton and his colleagues found that players who headed more had more concussion symptoms, a risk separate from aggressive player collision.

Still, the work still bolsters the notion that soccer concussions are caused by player-to-player contact, which Lipton says shouldn't come as a surprise. Overall, 35 percent of study participants reported accidentally hitting their head against other players or objects like goal posts. Another 16 percent said it happened more than once. These occurrences also produced symptoms of concussion in many participants, but Lipton reiterates that player contact and heading pose two individual risks to brain injury.

As for the physical effects repeated low-level head impacts have on the brain, Lipton says it's still unclear—though his 2013 study found some players who headed over 1,000 times a year had tiny structural changes in their brains. He's planning to work more with the players from his most recent study to see if and how their brains change over time.

To minimize any risks associated with low-impact head hits, some organizations have taken steps to limit heading in soccer leagues. And the concern grows for kids, as research shows their concussion symptoms linger around longer than adults' and likely pose risks to their brain development. For that reason, some youth leagues saw heading eliminated for players 10 and under. As for a universal soccer rule-change to limit headers, Lipton says they'll need more evidence before tackling the world's favorite sport.

Comstock says she hopes this research doesn't make parents pull their kids from soccer teams. "The benefits of sports greatly outweigh the potential that any child will sustain an injury."