Accessibility links
A Weekend Of Camping Can Cure You Sleep Woes : Shots - Health News Living most of life indoors can get your body clock out of phase. A fairly painless way to synch it is to spend a weekend camping, researchers say. Even the dim light of winter will do. 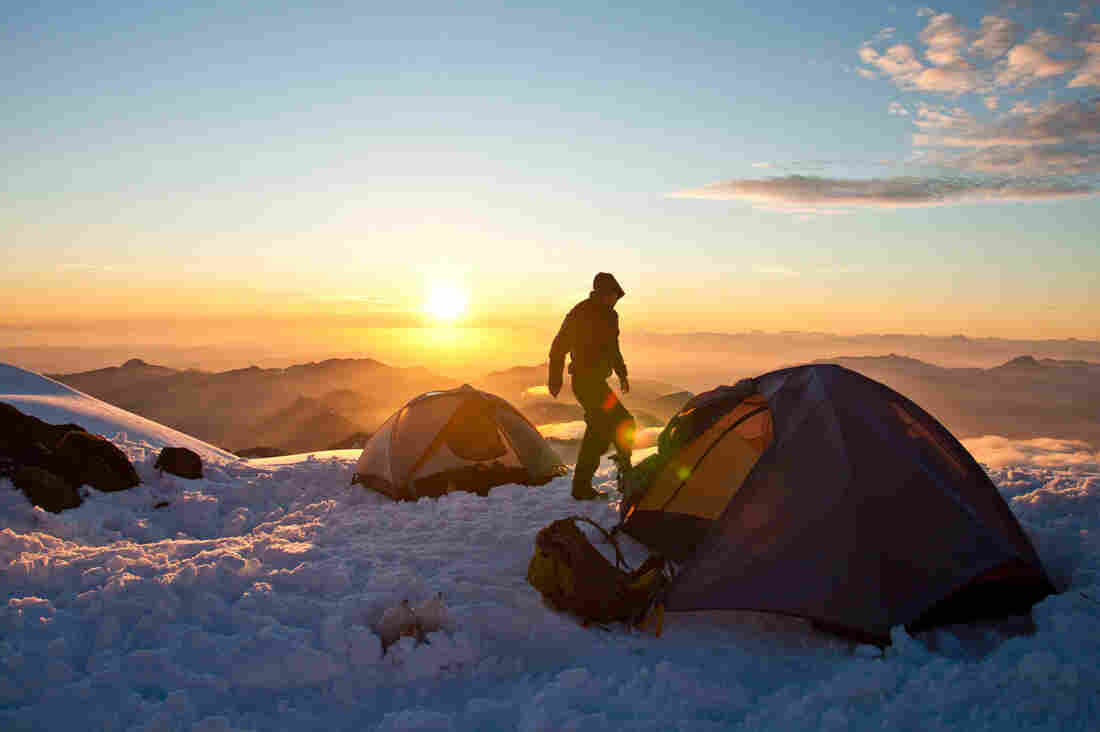 Escaping artificial light even for a winter weekend can reset sleep patterns for the better, researchers say. One good place to do it: Heliotrope Ridge near Mount Baker in Washington state. Christopher Kimmel/Aurora Open/Getty Images hide caption 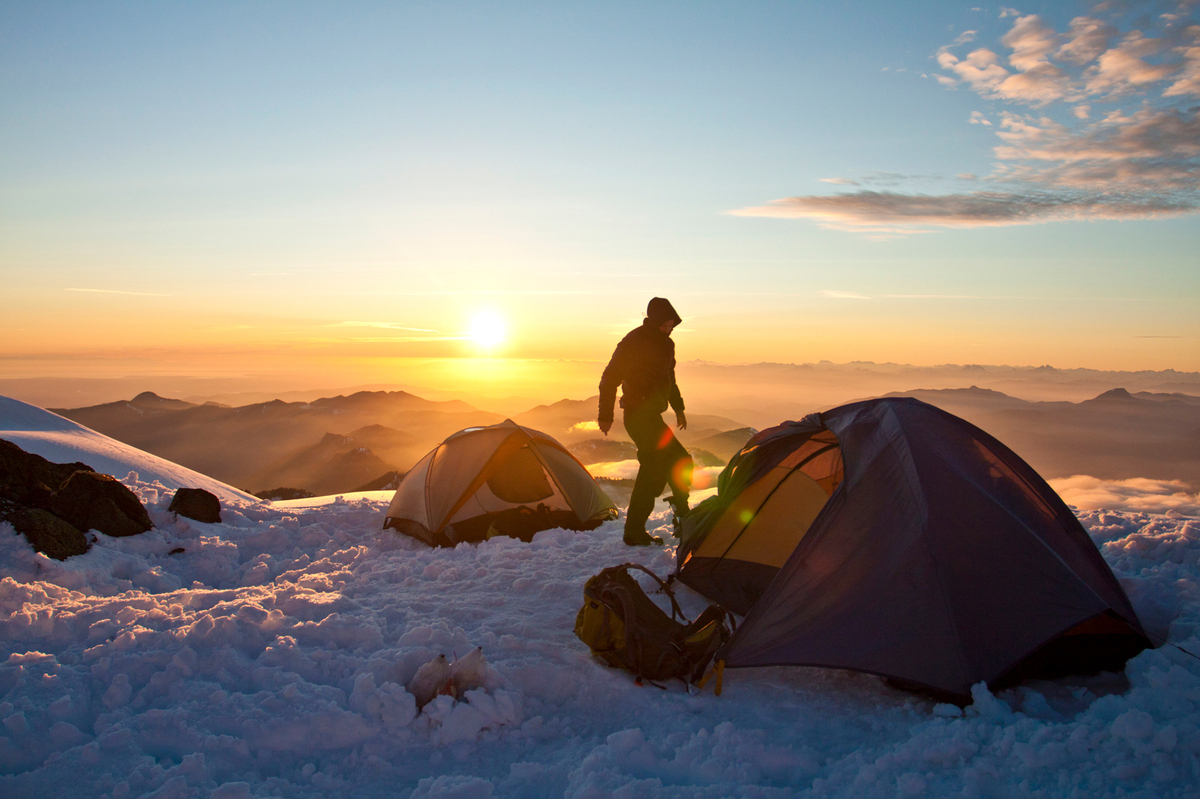 Escaping artificial light even for a winter weekend can reset sleep patterns for the better, researchers say. One good place to do it: Heliotrope Ridge near Mount Baker in Washington state.

It's tempting to keep the computer running late and promise yourself an extra 30 minutes of bed rest in the morning. It's tempting to do it again the next night, too. But sleep inevitably loses out to getting up early for school or work.

There's a simple way to combat this: End all artificial lights at night for at least a weekend and drench your eyes in natural morning light, says Kenneth Wright, a professor of integrative physiology at the University of Colorado, Boulder and senior author on a study on resetting sleep cycles. The most straightforward way of doing this is to forbid any electronics on a camping trip.

In the study, published Thursday in Current Biology, Wright reports on the latest of a series of experiments where he sent people out camping in Colorado parks to reset their biological clocks. Small groups of people set out for a week during the summer, an experiment published in Current Biology in 2013.

This most recent study shows the results of camping a week in winter and once over a winter weekend. Others stayed at home to live their life. Along with sleep, Wright kept track of people's circadian rhythms by measuring their levels of the hormone melatonin, which regulates wakefulness and sleep.

Before each camping trip, Wright says that he noticed something odd about the study participants' melatonin levels.

In general, melatonin makes us feel tired. Levels of the hormone rise a couple of hours before we sleep, and they fall right when we wake up. "In the modern environment, those melatonin levels fall back down a couple of hours after we wake up," Wright says. "Our brains say we should be sleeping several hours after we wake up." The participants' sleep and wake times were slightly out of step with their internal clocks, like constantly being a little jet lagged.

But after people got back from a week-long camping trip, the jet lag was gone.

"[Melatonin] would go down at sunrise and right when people woke up," Wright says. And people's entire sleep schedules had shifted earlier so that they were going to bed and rising two or more hours earlier than they had been before camping. Those who had gone camping for just a weekend had their sleep schedules shifted by a little less than an hour and a half.

Why this happens probably has to do with how drastically different an environment lit by light bulbs and laptops is from one of sun and starlight.

Outside, "you are pretty constrained by natural light-dark cycles and the intensity and light spectrum that you see in nature," says Dr. Phyllis Zee, director for the Center for Circadian and Sleep Medicine at Northwestern University who was not involved with the study. Natural light, particularly morning sunshine, which is enriched with blue light, has a very powerful influence on setting internal clocks.

That bright light can affect our circadian rhythm is nothing new, Zee says. But this collection of studies make very clear how an artificially lit environment at night can push our sleep timing further back, while bright, blue-rich light can train our circadian rhythms to sync earlier in a way that is actionable. Sleep doctors will often suggest that people use a light box indoors in the morning to simulate dawn, but's not always as effective as real dawn.

"I actually have used that [summer camping] study to treat some of my patients," Zee says. "We see people who can't fall asleep until 4 am. It can be very difficult to use this light box in the morning and avoid light at night. So you say, okay, there's this camping thing."

And in a perfect world, homes, schools and offices would have artificial light that could mimic the spectrum and the intensity of natural light. "As a new design philosophy, think about light as important as having clean air," Zee says. "It's possible. It's totally possible."