Accessibility links
GOP Overhaul Of Health Law Could Damage Job-Based Insurance, Employers Say : Shots - Health News Large companies in particular — those that have always offered job-based medical coverage — say a poorly thought-out replacement might turn out to be worse for them and their workers. 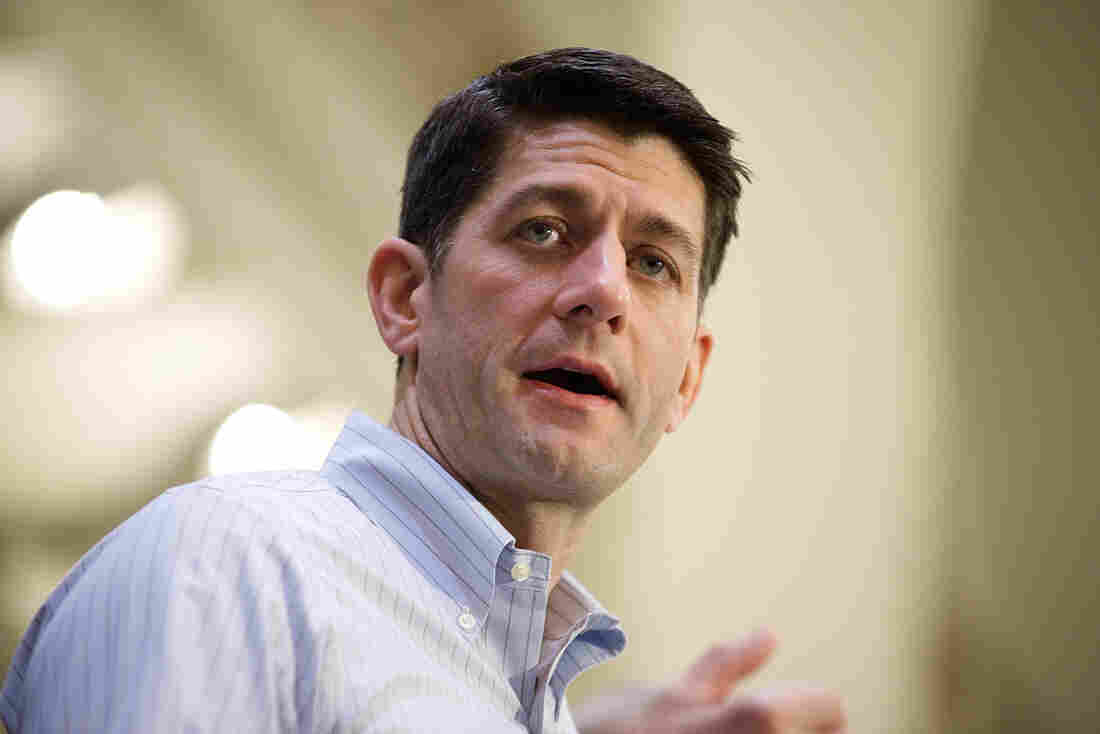 Speaker of the House Paul Ryan has long promoted what he calls his "Better Way Plan" to replace the Affordable Care Act. But Republicans in Congress have yet to coalesce around any of several approaches to replacement. Bastiaan Slabbers/NurPhoto via Getty Images hide caption 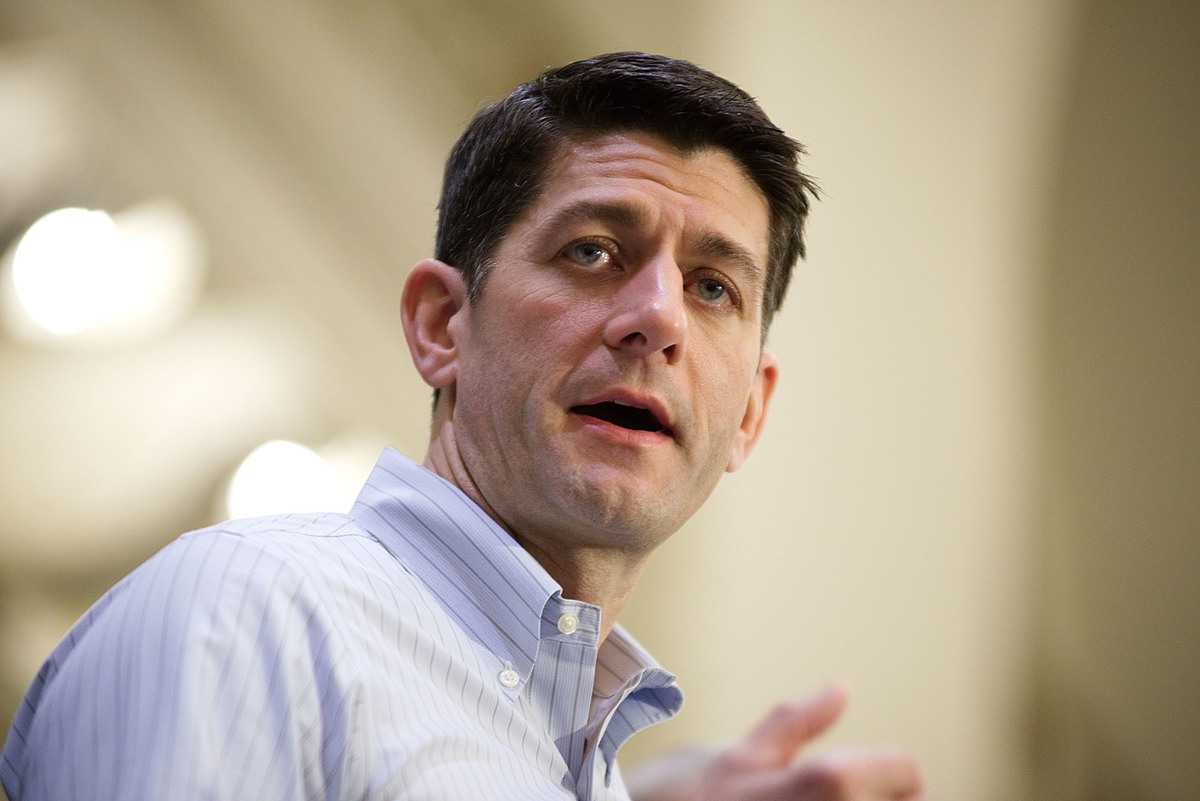 Speaker of the House Paul Ryan has long promoted what he calls his "Better Way Plan" to replace the Affordable Care Act. But Republicans in Congress have yet to coalesce around any of several approaches to replacement.

Through years of acrimony over the relative merits of Obamacare, one kind of health insurance has remained steady, widespread and relatively affordable: Employer-sponsored plans.

Job-based medical plans still cover more Americans than any other type, typically with greater benefits and lower out-of-pocket expense. Recent cost increases for this sort of coverage have been a tiny fraction of those for Obamacare plans for individuals.

Now, as President Donald Trump promises a replacement for the Affordable Care Act that will provide "insurance for everybody," employers worry Republican attempts to redo other parts of the insurance market could harm their much larger one.

"We're deeply embedded" in the health law, said Neil Trautwein, vice president of health care policy for the National Retail Federation, a trade group. "Pick your analogy — it's like being tied to the railroad tracks or having a bomb strapped across your chest. It's tough to disarm these things."

Businesses dislike many parts of the ACA, including its substantial paperwork, the mandate to offer coverage and the Cadillac tax on high-benefit plans (which is set to take effect in 2020). But large companies in particular — those that have always offered job-based insurance — say a poorly thought-out replacement might turn out to be worse for them and their workers.

"Whatever the Republicans are going to do, they've got to make it look as different from the ACA as they can" for political reasons, said Edward Fensholt, a senior benefits lawyer at Lockton Companies, a large insurance broker. "There are some pieces that aren't broken, and the more you ... make something different from the ACA, the more you risk screwing up things that look OK."

Any new health law would need substantial revenue to replace the Cadillac tax and the other ACA taxes on health insurers, medical devices and high-income households that paid for care expansion — assuming those measures are repealed. Otherwise, a replacement plan risks stranding the millions who are now getting government-subsidized Obamacare coverage.

Leaders in big business worry that Republicans may be tempted to limit the exemption from income and payroll taxes that job-based coverage has enjoyed for decades. Taxing workers and employers for health benefits could raise billions to pay for a replacement plan.

Such a measure has occasionally been floated by Republicans since the days of President Ronald Reagan, often under the argument of leveling the field between employer plans and other coverage that the tax code treats far less generously.

Republicans still don't agree on what a replacement for Obamacare should look like.

But capping the tax exclusion for employer plans is in replacement legislation introduced by Rep. Tom Price, the Georgia Republican poised to become secretary of Health and Human Services. It's also in House Speaker Paul Ryan's Better Way plan. A third proposal would keep the ACA taxes.

Depending on how it's structured, limiting the employer-plan loophole could add hundreds of dollars to workers' tax bills as a portion of their expensive health insurance is counted as taxable income.

"I can't understand why nobody has asked the president about this," said James Gelfand, the top health policy official at ERIC, a lobbying group of very large employers focused on benefits and pay. Taxing employer insurance to subsidize non-employer insurance, he said, "is a 100 percent redistribution of wealth."

Big business has a vested interest in that argument. A tax on health benefits would be a pay cut for its workers. Corporate payroll taxes would also rise if the value of worker health benefits counted toward required employer contributions to Social Security and Medicare.

Taxing medical benefits could spur employers to erode or drop those benefits and make workers less likely to accept them, said Larry Levitt, a senior vice president with the Kaiser Family Foundation. (Kaiser Health News is an editorially independent program of the foundation.)

More concerning, Levitt said, are proposals such as Price's that could give workers who now rely on company health plans the option of instead using tax credits to buy individual coverage outside their company's plan. While offering workers more choice — a Republican goal — it would also erode the ACA's "firewall" that protects employer coverage from market turbulence.

"There could be much more movement from employer coverage to individual plans, especially among younger and healthier workers," Levitt said.

That could, Fensholt said, leave company plans with the same "adverse selection" problem experienced by many individual plans now sold via Obamacare's online marketplaces — too high a percentage of members who are older, sicker and more expensive.

"What the administration and Congress must do immediately is stabilize the individual insurance marketplace and not destabilize the employer marketplace," said James Klein, president of the American Benefits Council, which advocates for large companies.

Job-based coverage has remained stable even as annual increases in insurance premiums for individual plans reached double-digit percentages and enrollments missed expectations, pressuring the health insurance market despite the support of government subsidies.

Employer health plans cover some 150 million people, while last year individual plans covered about 20 million, according to Mark Farrah Associates, a data firm. That included some 10 million who bought coverage through the health law's subsidized exchanges.

The portion of non-elderly Americans covered by employer-sponsored plans has stayed almost unchanged since the health law was passed.

Recent premium increases for job-based plans have been below 5 percent on average, less than the historical trend and far lower on average than premium hikes for individual insurance. Employers still pay most of the premium.

One way companies have contained premiums is by shifting to high-deductible plans, in which the insurance covers little until workers have incurred thousands in medical bills. Even so, benefits in employer plans are generally richer than those in the average individual plan, say health policy analysts.

In the contentious political climate, executives at individual companies were reluctant to be interviewed for this story. More than a half dozen employers declined to comment.

But there is enormous interest and concern, among business executives who specialize in health benefits, in what a Republican plan might look like. A post-election session on "repeal and replacement" aimed at these executives drew the biggest webinar audience ever for the National Business Group on Health, said Steve Wojcik, the advocacy and research group's vice president of public policy.

If the executives attending that webinar were anything like the benefits analysts at the American Staffing Association, a trade group that advocates for temp and recruiting firms, they had some catching up to do.

Edward Lenz, senior counsel for the ASA, said that before Donald Trump's election, "we ignored lots of the talk of the Republicans about repeal. First of all there was no chance of that happening with the president [Obama] in the White House. And frankly no one here counted on President Trump's victory."

Kaiser Health News is a national health policy news service that is part of the nonpartisan Henry J. Kaiser Family Foundation. You can follow Jay Hancock on Twitter: @jayhancock1.