Accessibility links
Medicare Payment For Therapy Doesn't Depend On Patient Improvement : Shots - Health News Many seniors are denied coverage for rehabilitation because therapists mistakenly believe that patients must be improving to qualify. A new legal order seeks to clarify the standards. 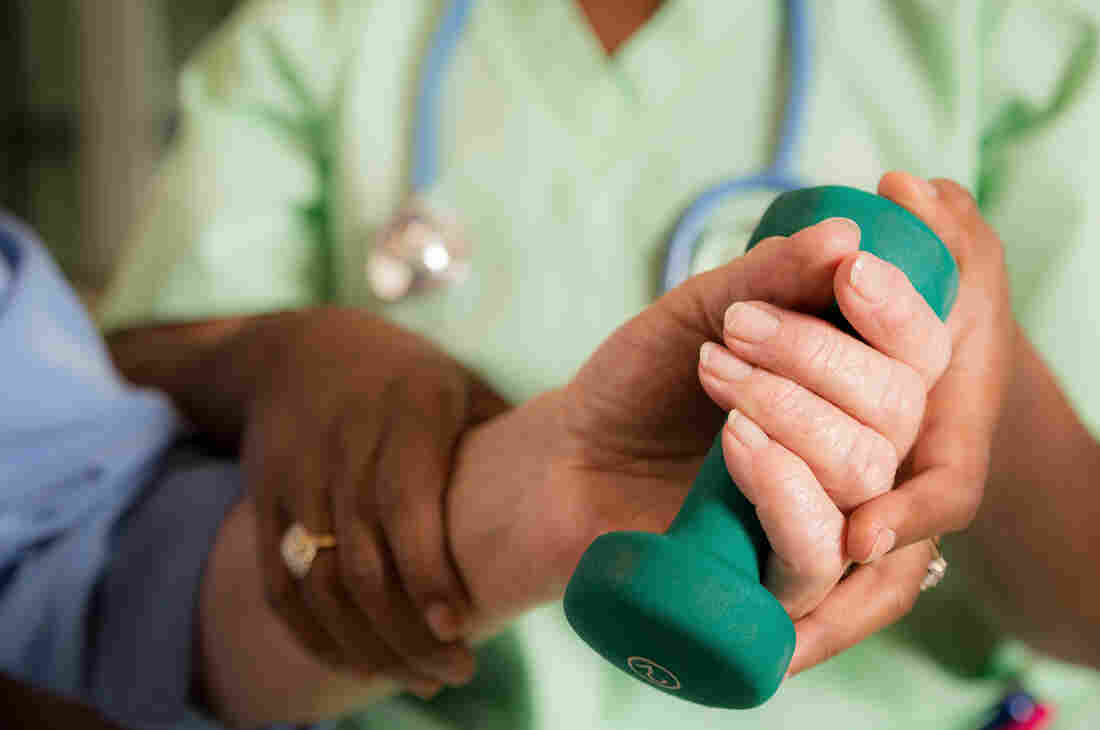 The federal government will develop a website with information on how Medicare therapy claims should be handled. Getty Images hide caption 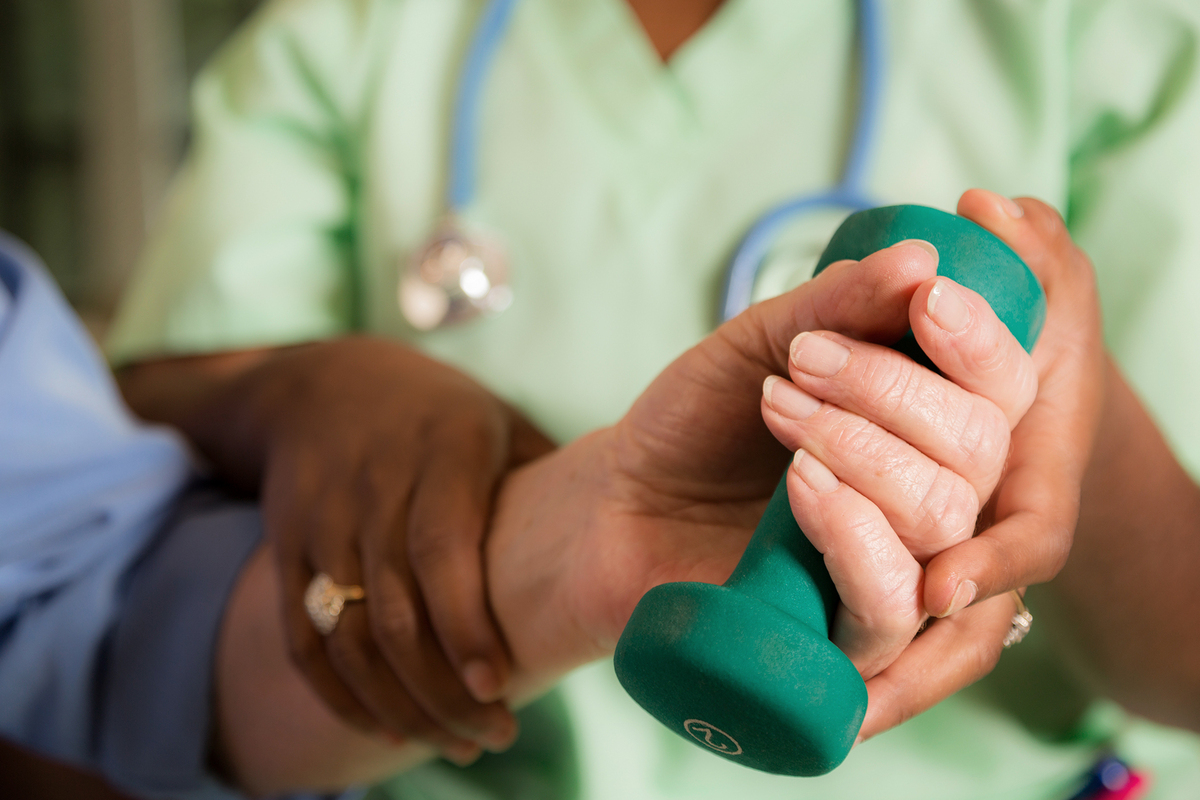 The federal government will develop a website with information on how Medicare therapy claims should be handled.

A federal judge has accepted Medicare's plans to try once more to correct a commonly held misconception that beneficiaries' are eligible for coverage for physical and occupational therapy and other skilled care only if their health is improving.

"Confusion over the Improvement Standard persists," wrote U.S. District Court Chief Judge Christina Reiss in Vermont in a decision released by the court Thursday. Advocates for seniors say coverage is often mistakenly denied simply because the beneficiary reaches "a plateau" and is no longer making progress.

The ruling comes after the 2013 settlement of a class action lawsuit against the U. S. Centers for Medicare & Medicaid Services. Under the settlement, the government conducted an education campaign for its claims processors and others to make sure they understood that improvement was not required as long as seniors otherwise qualified for coverage.

The beneficiaries' lawyers argued — and the judge agreed — that the effort had failed and additional steps were necessary. She approved most of the suggestions for further actions proposed by the government last month and added two more proposed by the advocates.

"We are very hopeful that this will mean that there will be actual knowledge of and implementation of the settlement agreement so that with renewed energy and the imprimatur of CMS, providers will feel confident to give the care that people with long-term care conditions need," said Judith Stein, executive director of the Center for Medicare Advocacy, one of the two groups that filed the lawsuit on behalf of five Medicare beneficiaries, including the late Glenda Jimmo, and six patient organizations.

Under Thursday's order, the government will develop a new website devoted to the 2013 settlement that will include information on how claims should be handled, as well as a simple explanation that improvement is not a criterion for coverage. The statement the judge accepted was largely written by the plaintiffs' lawyers and says, in part, "that the Medicare program will pay for skilled nursing care and skilled rehabilitation services when a beneficiary needs skilled care in order to maintain function or to prevent or slow decline or deterioration (provided all other coverage criteria are met)."

The judge also told the government to hold a second training session on the policy for claims processers, appeals judges and others — something Medicare officials had opposed — and even told them how to describe it to avoid any misunderstanding. But Reiss rejected the plaintiffs' arguments that they should help develop the training and other messages so that the government would not repeat past mistakes.

These measures must be completed by Sept. 4. The government has 14 days to file an objection to the decision.

Although the order won't affect seniors who have already been denied coverage, Stein said it can give them new ammunition for an appeal. "If they think the reason they were denied was because the skilled therapy or nursing care was provided to maintain their condition or slow deterioration," she said, "then hopefully this will provide more strength for an appeal and in the future more strength for the provider to submit the claim as covered in the first case."

Kaiser Health News is an editorially independent news service that is part of the nonpartisan Henry J. Kaiser Family Foundation. You can follow Susan Jaffe on Twitter: @susanjaffe.