Accessibility links
Medicare Prescription Drug Fix Delayed : Shots - Health News In 2014, the government said health providers would have to register with Medicare in order to prescribe drugs to beneficiaries. Delays have pushed back the requirement until 2019.

How A Simple Fix For Medicare Prescribing Problems Got Complicated

How A Simple Fix For Medicare Prescribing Problems Got Complicated 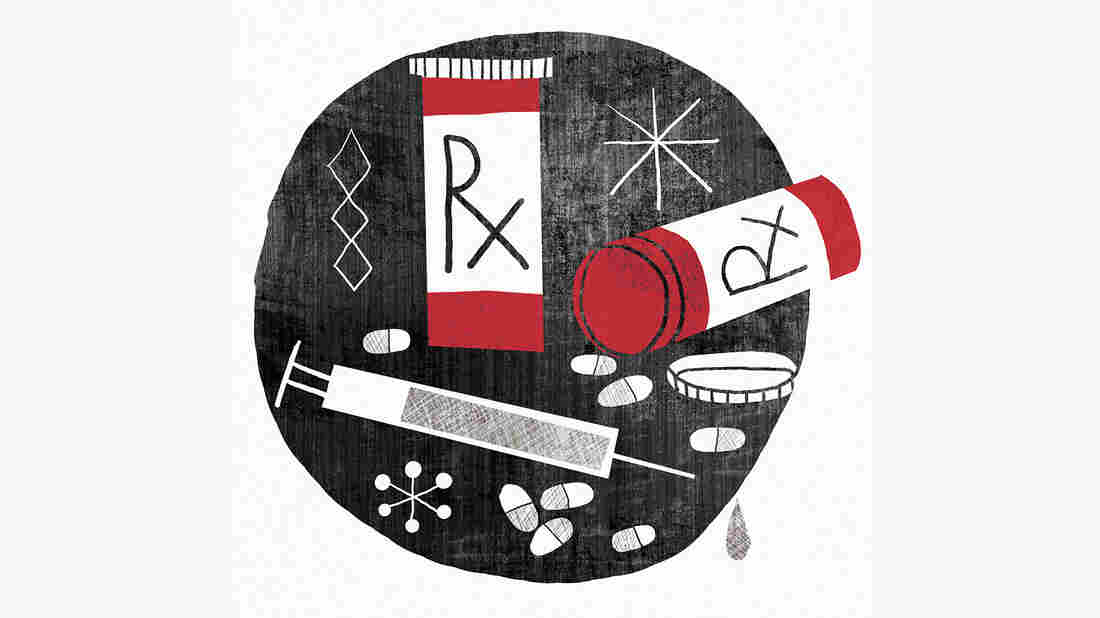 Back in 2014, federal officials settled on what they thought would be a straightforward fix to curb abusive pill pushing: Require doctors and other health providers to register with Medicare in order to prescribe medications for beneficiaries.

That way, the government could screen them and take action if their prescribing habits were deemed improper. Officials figured the modest change would barely ruffle the medical community: Doctors already had to fill out an application, have their credentials verified and enroll to get paid by Medicare for seeing patients, after all.

But this fix, which followed a 2013 ProPublica investigation into questionable prescribing in Medicare, has yet to be implemented. The government now says it needs until 2019 to put it in place — three and a half years longer than initially expected.

"It has definitely been much more challenging" than anticipated, said Jonathan Morse, acting director of the Center for Program Integrity within the Centers for Medicare and Medicaid Services, the federal agency that runs Medicare.

As a result, the government is still covering prescriptions written by doctors who have been kicked out of Medicare and even some who have pleaded guilty to crimes. Three New Jersey doctors who pleaded guilty in July 2013 to charges related to a bribery scheme continued prescribing drugs to Medicare patients the following year, a ProPublica review found.

One of those doctors, Franklin Dana Fortunato, told ProPublica that he was advised that he could continue treating patients between his guilty plea and his sentencing in May 2015.

In addition, at least 40 doctors kicked out of Medicare before 2014 had their prescriptions covered by Medicare's prescription drug program, known as Part D, that year, a ProPublica analysis shows.

Much of the reason for the delay rests with dentists. Medicare, which provides health care to seniors and the disabled, doesn't typically cover dental services, but the Part D program pays for drugs, such as antibiotics or painkillers, that dentists order for beneficiaries.

"Since Medicare covers very few dental item and services, many (perhaps most) dentists have little incentive to enroll in Medicare" outside of this requirement, the American Dental Association wrote to CMS in September 2016. The dental group also said the enrollment process is too complex and that CMS already has the information it needs to address fraud and abuse concerns.

ProPublica analyzed all providers who wrote at least 50 prescriptions for at least one drug in Part D in 2014. All told, more than 92 percent of the 428,000 providers were enrolled in Medicare. But among 18,500 dentists, almost the exact opposite was true: More than 82 percent weren't enrolled.

"From their perspective, they're basically saying to us, what incentive do they have to enroll," said Morse, the head of program integrity for CMS.

Part D, which began in 2006, has received high marks from patients. It now covers more than 42 million people. But experts have long complained that the program places a higher priority on getting prescriptions into patients' hands than on targeting problem prescribers. The Department of Health and Human Services' inspector general has repeatedly called for tighter controls.

In 2013, ProPublica documented how Medicare's failure to oversee Part D effectively had enabled doctors to prescribe inappropriate or risky medications, had led to the waste of billions of dollars on needlessly expensive drugs, and had exposed the program to rampant fraud. At the time, Medicare said it had no authority to take action against doctors or other providers even if it found their prescribing practices troubling.

Medicare's response, finalized in May 2014, gave officials the power to kick health providers out of the program if their prescribing is abusive, a threat to public safety or in violation of Medicare rules. CMS said it would use prescribing data, disciplinary actions, malpractice lawsuits and more to identify problem providers.

To date, officials said, Medicare has only done so once.

At first, CMS gave providers until June 1, 2015, to either enroll in Medicare or formally opt out. Either way, the government would have additional information about them. If they neither enrolled nor formally opted out, Medicare said it would no longer cover drugs they ordered for beneficiaries.

That was delayed by a few months and then by a year. In March 2016, the agency delayed the drop-dead date yet again—until February 2017.

Finally, in October 2016, CMS pushed it off until January 2019. Beginning this spring, it said it will block prescriptions from doctors who have been barred from participating in federal health programs, those ousted from the Medicare program for other reasons, and those convicted of a felony in the past 10 years.

The delays have enabled troubled doctors to continue prescribing—while still having their prescriptions paid for by Medicare.

A family practice doctor in Michigan, for example, was charged in December 2012 with conspiracy to commit fraud and illegally distributing a controlled substance. But he wrote 7,864 prescriptions in Part D in 2014. In fact, 41 percent of his Part D patients received at least one prescription for a narcotic painkiller that year. He pleaded guilty in 2015 and was sentenced to seven years in prison.

And in Georgia, a nursing home doctor kicked out of Medicare in February 2014 for "abuse of billing privileges" nonetheless wrote nearly 45,000 prescriptions covered by the program that year.

While CMS has delayed its enrollment requirement, it has begun to review the reams of data it collects to identify doctors with aberrant prescribing patterns. It sent a round of letters to doctors, alerting them to how they compared to peers, but a study in the journal Health Affairs last year found that the letters were ineffective at changing behaviors.

A second round of letters, which contained stronger warnings, has led to a small change in prescribing practices, Morse said.

"Rather than saying, 'Hey we've noticed that you have this odd or higher than average prescribing behavior,' now it's much more 'We plan to take action if your behavior does not fall into line with that of your peers,'" he said. "It has become more effective because the letter is more strongly worded."

Charles Ornstein is a senior reporter at ProPublica, an independent nonprofit newsroom based in New York. You can follow him on Twitter: @charlesornstein.