Accessibility links
Fear Of Aging Prevents Many From Saving For Health Care : Shots - Health News Even many people eligible for a health savings account who have extra cash to contribute to one don't do it. Therapists say that's partly because nobody wants to admit they will get old or sick.

The Perplexing Psychology Of Saving For Health Care

The Perplexing Psychology Of Saving For Health Care 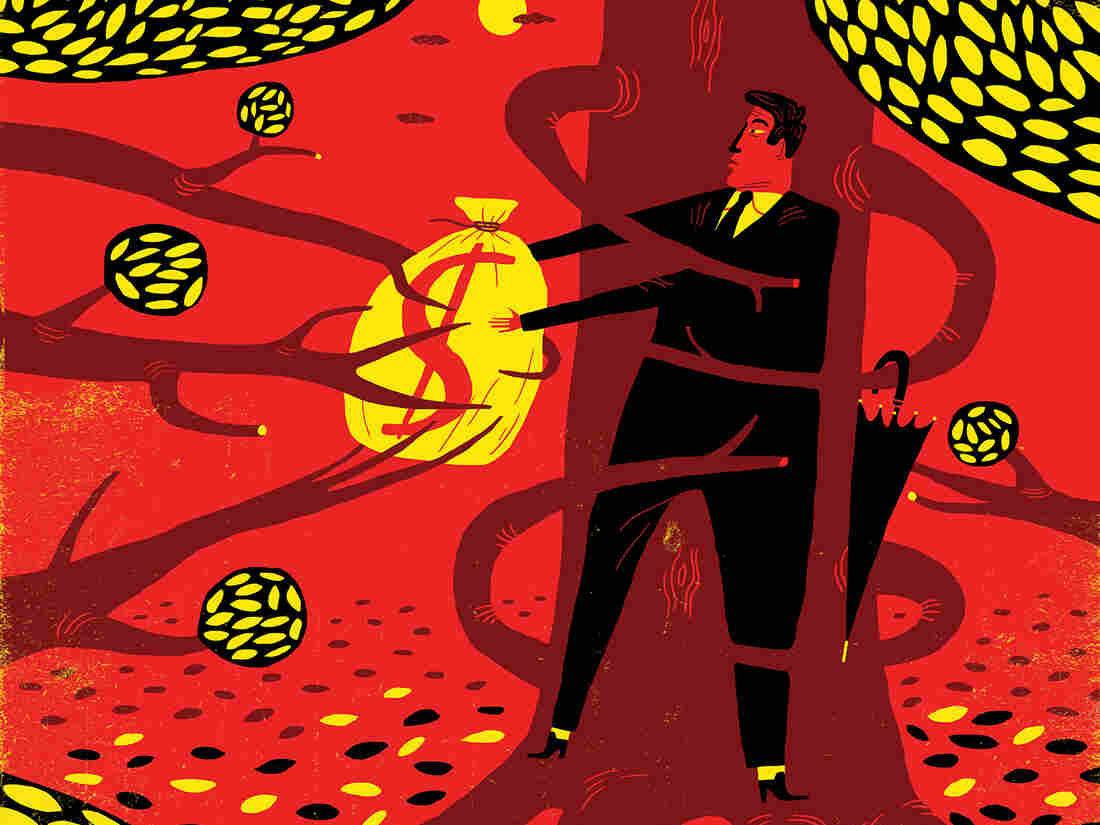 A health savings account works much like a personal savings account — with a difference. Any money in it that we use to pay for certain medical expenses isn't taxed. Oivind Hovland/Ikon Images/Getty Images hide caption 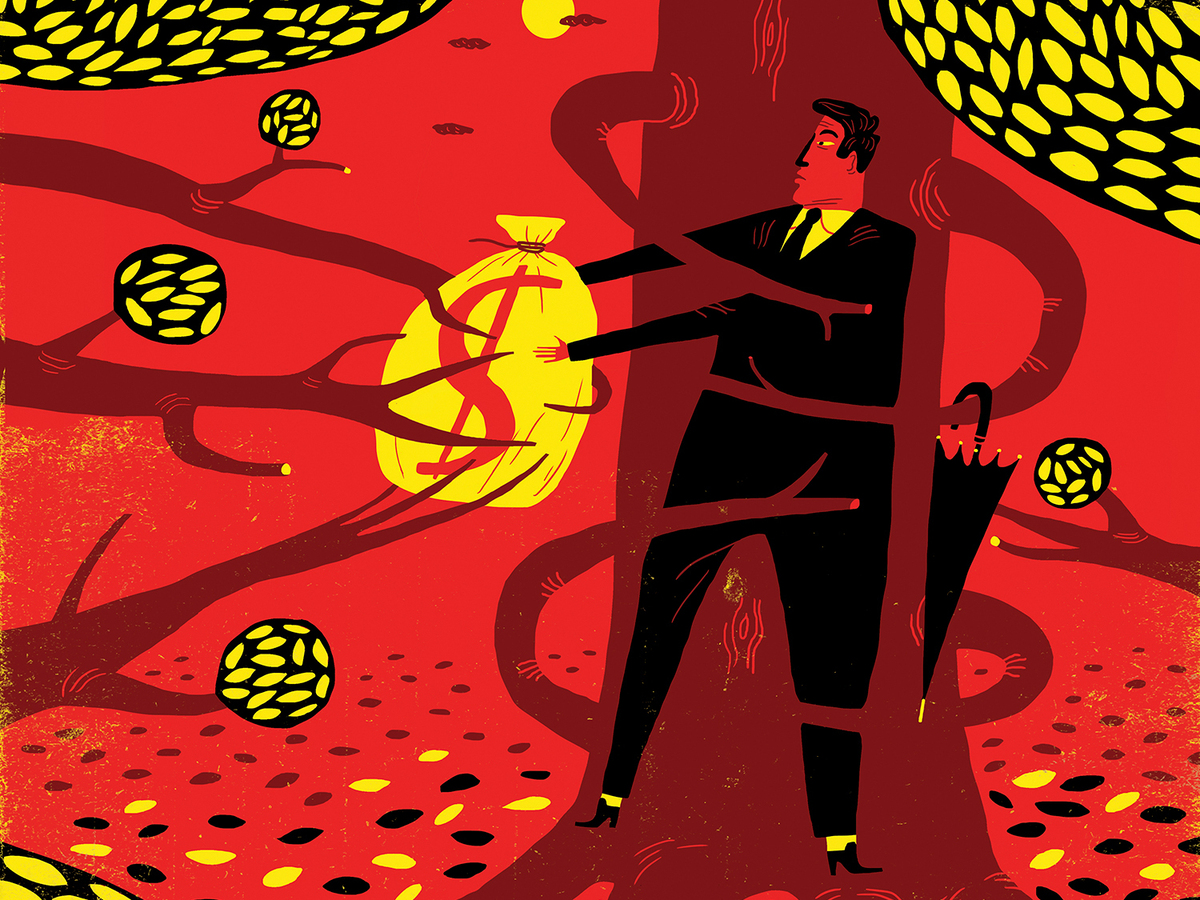 Spending your own money on health care might mean that you'll be more frugal with it. That's the theory behind health savings accounts, a decades-old GOP concept that's sparking renewed interest on Capitol Hill as Republican lawmakers look for ways to replace the Affordable Care Act.

HSAs are like personal savings accounts — with a difference. As with a retirement account, money put into an HSA can be invested, and any growth in the fund accumulates tax-free. Withdrawals can be made at any time, and they are tax-free, too — but the money can be used only to pay for certain medical expenses, such as health insurance deductibles, or for copays for hospital care or a visit to the doctor.

Currently, HSAs are only available to people who have high-deductible health plans, meaning they usually pay a few thousand dollars for medical care each year before their insurance kicks in to pay its share. While HSA participation is growing, only about 20 million people out of the 176 million who have health insurance participate in these savings accounts, according to a 2015 report by the Association of Health Insurance Plans.

Health Savings Accounts Are Back In The Policy Spotlight

Why don't more people who are eligible for HSAs have them? For one thing, not everyone has money to contribute upfront. But psychologists and behavioral economists point out that even many people who have the extra cash on hand confront big psychological barriers to saving.

"How we think and feel is directly tied to our ability to make 'good' financial decisions," says Alycia DeGraff, a board member and secretary of the Financial Therapy Association. DeGraff says when faced with financial decisions about the future, many people simply get stressed out.

"These stressors can become so overwhelming that ... we can become debilitated and ignore the situation altogether," she says. "Or we can practice any kind of defense mechanism — entitlement, suppression, overcompensation, isolation, etc. — to try and deal with [it]."

This may explain, at least in part, why middle-class Americans are pretty bad at saving money in general. Only about half of us have money in any sort of retirement account. And those of us who are parents have only saved, on average, enough to pay for about one year at an in-state college for our kids.

Saving money is hard. It means setting aside what we want now for something we think we'll want or need later. And we live in a culture that offers a lot of pretty, shiny, things to buy RIGHT NOW.

Plus, we all pretend we won't get old or sick.

"People are predictably irrational," says Dr. Mitesh Patel, especially when it comes to money. He's a behavioral economist, physician and assistant professor at the University of Pennsylvania's Perelman School of Medicine.

But many of us really hate to lose money, Patel says, which is what makes the concept of HSAs is so appealing.

For example, he and his colleagues published a study last year in the Annals of Internal Medicine on what motivates people to lose weight, and found that the way a financial incentive was framed made all the difference.

Here's the kicker: Each person in the third group was paid $42 upfront and was docked $1.40 each time they failed to meet their goal. Forty-five percent of that group met the assigned goal, Patel says. People hate to lose money.

Another way to encourage more saving might be to make HSAs operate more like the 401(k)s that required people who didn't want to participate to actively opt out of the plan — rather than requiring people who want to contribute to opt in. "This creates a path of least resistance," Patel says.

Of course, setting up and overseeing such a plan would likely cost the government some money, he notes.

People with HSAs do use less health care than those without such plans, a recent study from the Employee Benefits Research Institute suggests. But it's unclear whether they actually improve their health. Prescription drug costs went down for people enrolled in HSAs in the EBRI study, but emergency room visits went up — particularly for lower-income families.

Then there's the issue of figuring out how much you, as an individual or a family, would need to save for health care — it's not easy to find out the average price for a medical test or procedure in your town, let alone how much that price varies from doctor to doctor or hospital to hospital.

"If you want to save for a house, you can pretty much figure out the math," Patel says. "But if you go to a doctor, they don't give you a menu for prices."

To really increase their health savings — or any savings — we'd all need to change our mindset, says Degraff, the financial therapist.

"People would have to first take a dose of reality and get real about their future selves," she says. Naturally, we think our future selves will be "better, healthier, more financially secure," she adds. But, for many of us, health and income eventually decline with age. We need to save more now for later.

HSAs can be useful, Degraff notes, but only for those who have enough cash to pay their day-to-day expenses — plus a little left over.

"A lot of people don't even have a regular emergency fund savings," DeGraff says, "especially those that are already struggling to pay for health insurance."