Accessibility links
Is It Time To Test Presidents For Dementia? : Shots - Health News The true health of politicians has likely been cloaked in secrecy since the days of Mesopotamian kings, but definitely since the Wilson administration. Has the time come to test presidents' cognition?

As Presidents Live Longer, Doctors Debate Whether To Test For Dementia

As Presidents Live Longer, Doctors Debate Whether To Test For Dementia 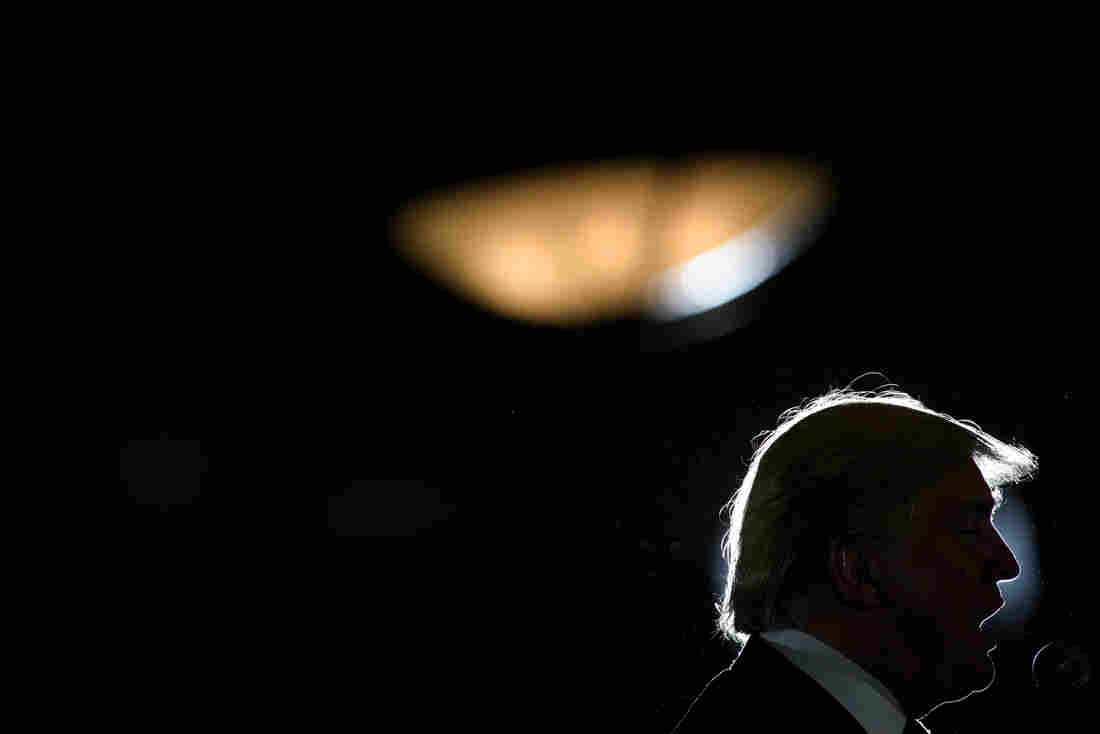 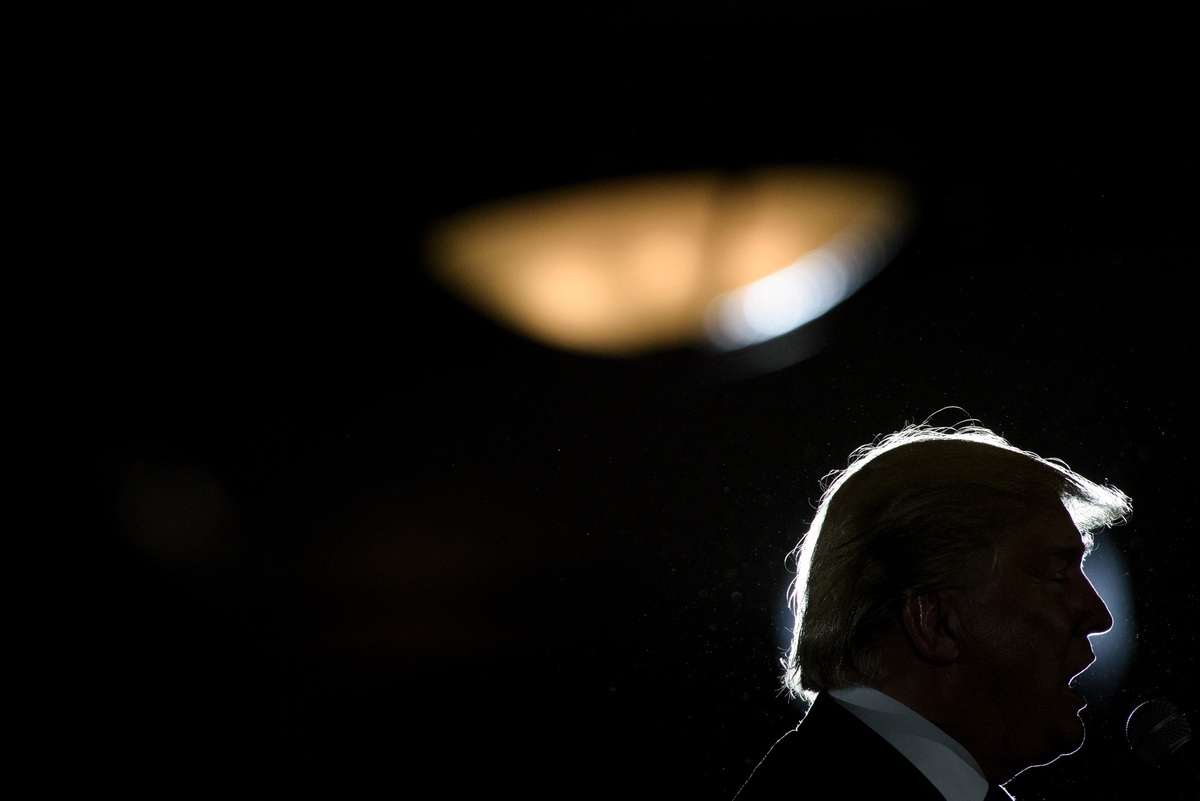 At 70, Donald Trump is the oldest person to become president.

In a series of recent interviews, President Donald Trump's longtime personal physician Dr. Harold N. Bornstein told The New York Times that our new commander in chief has what amounts to a pretty unremarkable medical chart.

Like about a quarter of American adults, Trump is on a statin for high cholesterol. He also takes a daily baby aspirin for heart health, an occasional antibiotic for rosacea, a skin condition, and Propecia, a pill to promote hair growth.

Bornstein also told the Times that should he be appointed White House doctor, he probably wouldn't test the president for baseline dementia risk, something many doctors have argued should be mandatory.

At 70, Trump is the oldest American president to ever take office. Couple his age with a family history of dementia — his father Fred developed Alzheimer's disease in his 80s — and one could argue that the question of baseline cognitive testing for the U.S. head of state has taken on new relevance.

An assortment of fairly simple tests exist that can establish a reference point for cognitive capacity and detect early symptoms of mental decline. One of the most common such screens is the Mini-Mental Status Examination, a series of questions that gauges attention, orientation and short-term memory. It takes about five to 10 minutes to complete.

Yet admitting vulnerability of any kind isn't something politicians have been keen to do. The true health of politicians has likely been cloaked in secrecy since the days of Mesopotamian kings, but definitely since the Wilson administration. 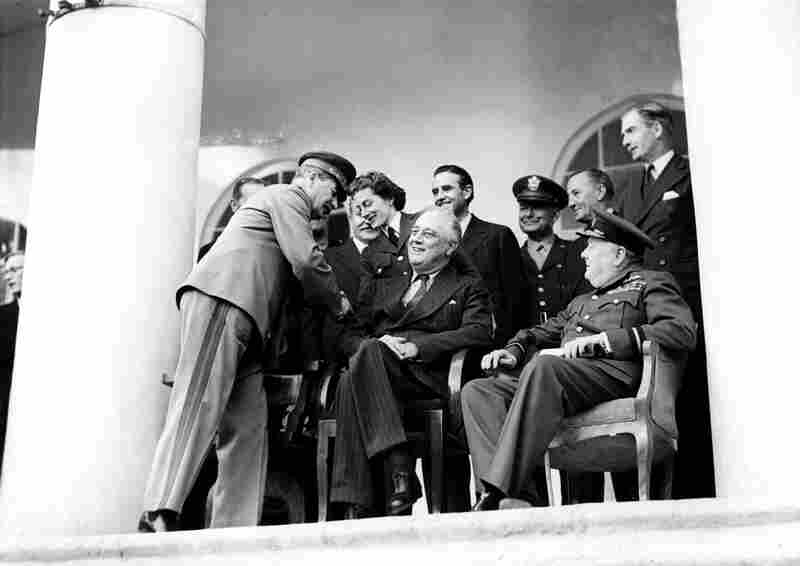 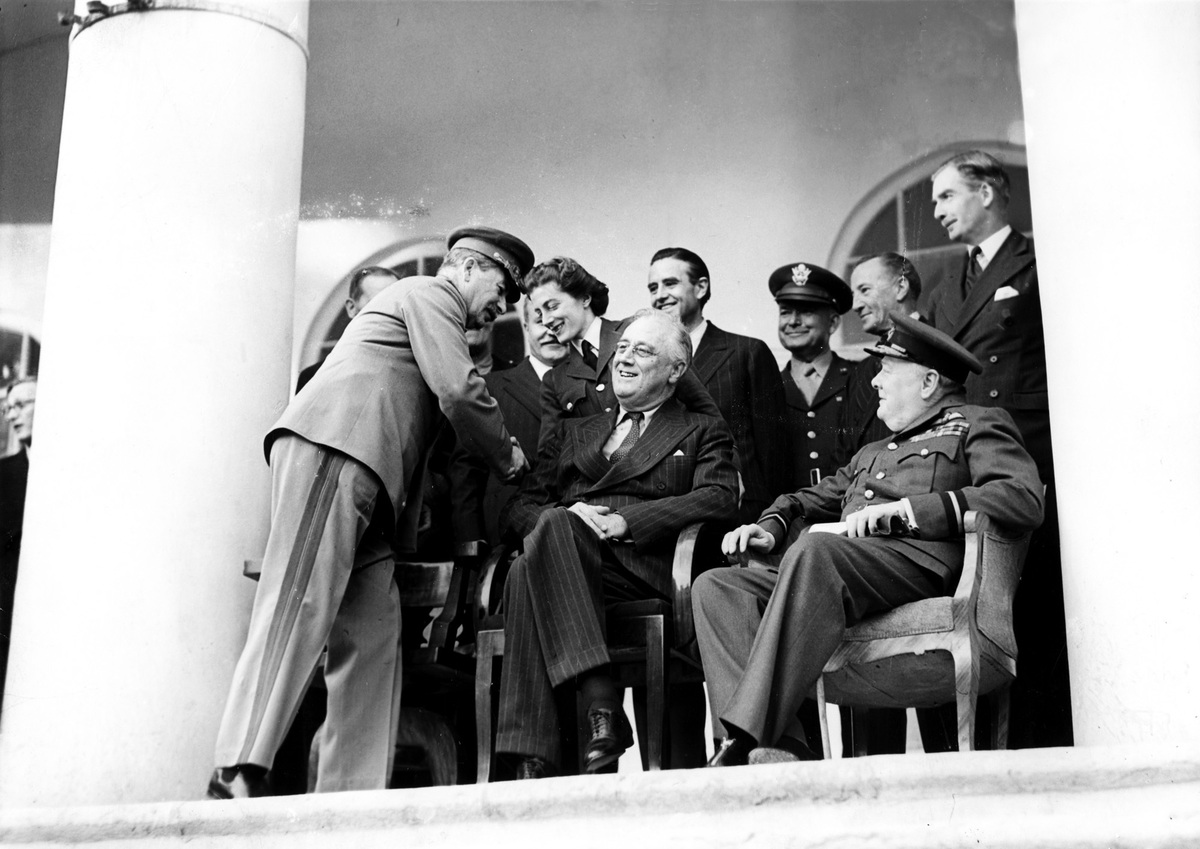 Disabled by polio, Franklin Delano Roosevelt, the 32nd president, controlled his public image to deflect attention from his paraplegia. Roosevelt is seen with British Prime Minister Winston Churchill and Soviet leader Joseph Stalin at the Teheran Conference on Dec. 7, 1943.

In 1919, President Wilson suffered a debilitating stroke, the after effects of which were covered up by his wife, doctor and cabinet. Franklin Delano Roosevelt's disability related to polio and John F. Kennedy's various ailments were minimized. And it's possible, some have speculated, that Reagan developed dementia while still in office that was also concealed.

But until Reagan, septuagenarian presidents at risk for dementia weren't a concern.

"Donald Trump at the time of his inauguration was older than half of our deceased former presidents at the age when they died," says Dr. Jacob Appel, a Mt. Sinai School of Medicine psychiatrist who has studied the health of politicians and presidents. "Only a generation ago, our political leaders — like the rest of us — were likely to die of heart disease or cancer in their 60s and 70s, what we now think of as late middle age."

Teddy Roosevelt died at 60, FDR at 63, and Lyndon Johnson at 64, all before dementia usually sets in. It is a cruel Darwinian yin to the yang of medical progress that as we live longer and longer, new health problems like mental deterioration can emerge.

"This is a relatively recent problem that may call for a novel solution," says Appel.

Arthur Caplan, a bioethicist at New York University's Langone Medical Center, took issue with revelations in The New York Times, saying that anyone's personal physician shouldn't divulge health information without permission — even if that person is the president. Yet Caplan says there needs to be greater transparency when it comes to presidential health.

"I think we're about 50 years overdue for having some sort of annual physical for the president and vice president, the results of which should be reported publicly," he says. "Part of this should be psychiatric and cognitive testing."

Caplan says the exam should be conducted by an independent panel of external physicians selected by a major medical society, as any internal reports from the president's personal doctors are likely to be spun for political purposes.

He acknowledges that plenty of past presidents have released medical information, but points out that such disclosures were likely curated by presidential handlers. What's more, these reports don't contain information about mental health, as Vice News' Alex Thompson noted in a January article for Politico that argued for the appointment of a presidential psychiatrist.

"If, say, a president is showing cognitive decline, the people and Congress should be aware of it and be able to argue it," says Caplan, "Maybe voters would care. Maybe they wouldn't. Some people might prefer a demented Donald Trump to whomever the Democrats have to offer! But at least there would be discussion."

Caplan points out that people knew about Dick Cheney's bad heart for years, and he still got elected vice president.

Mt. Sinai's Appel isn't sold on mandatory public screenings for presidents. Even with an external panel, the process would become politicized, he says. He also questions how to objectively determine what level of impairment renders a candidate unfit for office. "As a colleague of mine says, 'One candidate with half a brain may be better than the other candidate with a whole brain.' I fear that baseline cognitive screening is a rather facile solution."

This isn't to say that Appel objects to steps to ensure mentally unfit politicians are removed from office. The 25th Amendment to the Constitution, which outlines the succession of high office if a president dies, resigns or becomes incapacitated, provides a logical process for removing a dementia-stricken president. Yet, Appel asks, will anyone actually apply it?

"Regrettably, our current political climate makes it unlikely that such a measure will be invoked, even when necessary," he says. "Until the system is fixed, and the political culture changes, medical information is rather useless. ... To one side, it will be a smoking gun, and to the other side it will be fake news or alternative facts."

Like Appel, Caplan doesn't hold out much hope that the public would be clued in if a president's cognition, including Trump's, starts to meaningfully decline.

"What will they do if he starts to slip? Nothing!" Caplan declares. "If that were to happen, he'll be protected. ... They'll take over his Twitter feed. ... This is how it's always been."

Bret Stetka is a writer based in New York and an editorial director at Medscape. His work has appeared in Wired, Scientific American and on TheAtlantic.com. He graduated from University of Virginia School of Medicine in 2005. You can follow him on Twitter: @BretStetka.