Accessibility links
"High-Risk Insurance Pools" Urged By Obamacare Repealers, But At What Cost? : Shots - Health News Some Republicans in Congress say want to revive high-risk pools to cover sick people. But people who have been in those pools and states who funded them say the costs were exorbitant. 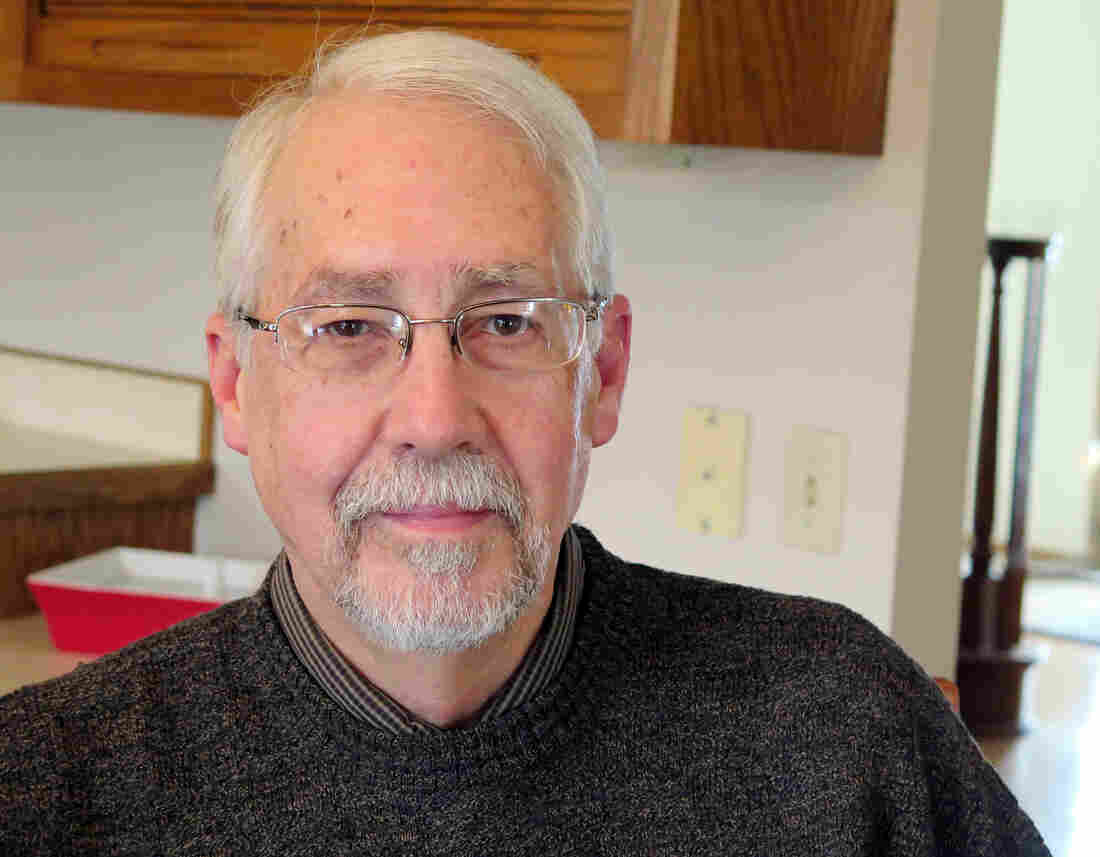 Craig Britton once paid $18,000 a year in premiums for health insurance he bought through Minnesota's "high risk pool." He calls the argument that these pools can bring down the cost of monthly premiums "a lot of baloney." Mark Zdehchlik / MPR News hide caption 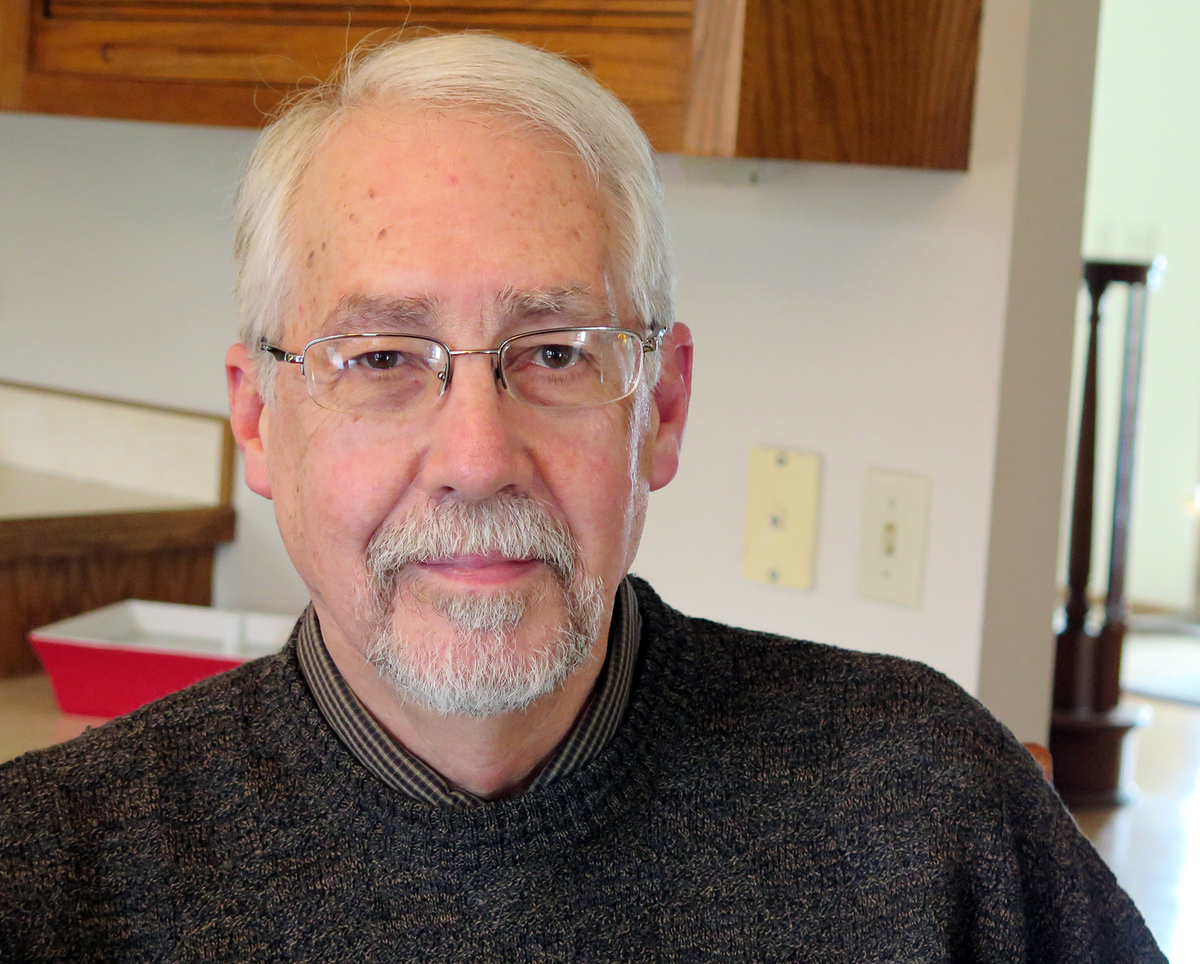 Craig Britton once paid $18,000 a year in premiums for health insurance he bought through Minnesota's "high risk pool." He calls the argument that these pools can bring down the cost of monthly premiums "a lot of baloney."

Some Republicans looking to scrap the Affordable Care Act say monthly health insurance premiums need to be lower for the individuals who have to buy insurance on their own. One way to do that, GOP leaders say, would be to return to the use of what are called high-risk insurance pools.

But critics say even some of the most successful high-risk pools that operated before the advent of Obamacare were very expensive for patients enrolled in the plans, and for the people who subsidized them — which included state taxpayers and people with employer-based health insurance.

The argument in favor of high-risk pools goes like this: Separate the healthy people, who don't cost very much to insure, from people who have pre-existing medical conditions, such as a past serious illness or a chronic condition. Under GOP proposals, this second group, which insurers fear might be expected to use more medical care, would be encouraged to buy health insurance through high-risk insurance pools that are subsidized by states and the federal government.

Republican Speaker of the House Paul Ryan made the case for high-risk pools on public television's Charlie Rose show in January.

"By having taxpayers, I think, step up and focus on, through risk pools, subsidizing care for people with catastrophic illnesses, those losses don't have to be covered by everybody else [buying insurance], and we stabilize their plans," Ryan told the TV host.

"Minnesota had one of the best ... high-risk insurance pools in the country," Lewis said. "And it was undone by the ACA."

It's true that the Affordable Care Act banned states' use of high-risk pools, including the Minnesota Comprehensive Health Association, or MCHA. But that's because the MCHA was no longer needed, the association's website explains; the federal health law requires insurers to sell health plans to everybody, regardless of their health status.

Supporters of the MCHA approach tout a return to it as a smart way to bring down the cost of monthly premiums. But MCHA had detractors, too.

Craig Britton of Plymouth, Minn., once had a plan through the state's high-risk pool. It cost him $18,000 a year in premiums.

Britton was forced to buy the expensive MCHA coverage because of a pancreatitis diagnosis. He calls the idea that high-risk pools are good for consumers "a lot of baloney."

"That is catastrophic cost," Britton says. "You have to have a good living just to pay for insurance."

And that's the problem with high-risk pools, says Stefan Gildemeister, an economist with Minnesota's health department.

"There were people out there who had a chronic disease or had a pre-existing condition who couldn't get a policy," Gildemeister says.

And for the MCHA, even the higher premiums fell far short of covering the full cost of care for the roughly 25,000 people who were insured by the program. It needed more than $173 million in subsidies in its final year of normal operation.

That money came from fees collected from private insurance plans –- which essentially shifted a big chunk of the cost of insuring people in MCHA program to people who get their health insurance through work.

Gildemeister ran the numbers on what a return to MCHA would cost. Annual high-risk pool coverage for a 40-year-old would cost more than $15,000, he says. The policy holder would pay about $6,000 of that, and subsidies would cover the more than $9,000 remaining.

University of Minnesota health policy professor Lynn Blewett says there is a better alternative than a return to high-risk pools. It's called "reinsurance." In that approach, insurers pay into a pool that the federal government administers, using the funds to compensate health plans that incur unexpectedly high medical costs. It's basically an insurance program for insurers.

The big question is whether lawmakers will balk at the cost of keeping premiums down for consumers — whatever the approach, Blewett says.

"The rub is, where that funding is going to come from?" she says. "And is the federal government or the state government willing to put up the funding needed to make some of these fixes?"

The national plan Ryan proposes would subsidize high-risk pools with $25 billion of federal money over 10 years. The nonpartisan Commonwealth Fund estimates the approach could cost U.S. taxpayers much more than that — almost $178 billion a year.

Researchers at the consulting firm McKinsey & Company say reinsurance would likely cost about a third of what the high-risk pool option would.

This story is part of NPR's reporting partnership with Minnesota Public Radio and Kaiser Health News.