Accessibility links
Your Name May Influence Your Facial Expressions : Shots - Health News Do you look like a Joy? Genes and culture may make it more likely that names and faces align. But researchers say people also may adjust their expressions to match social expectations of their name. 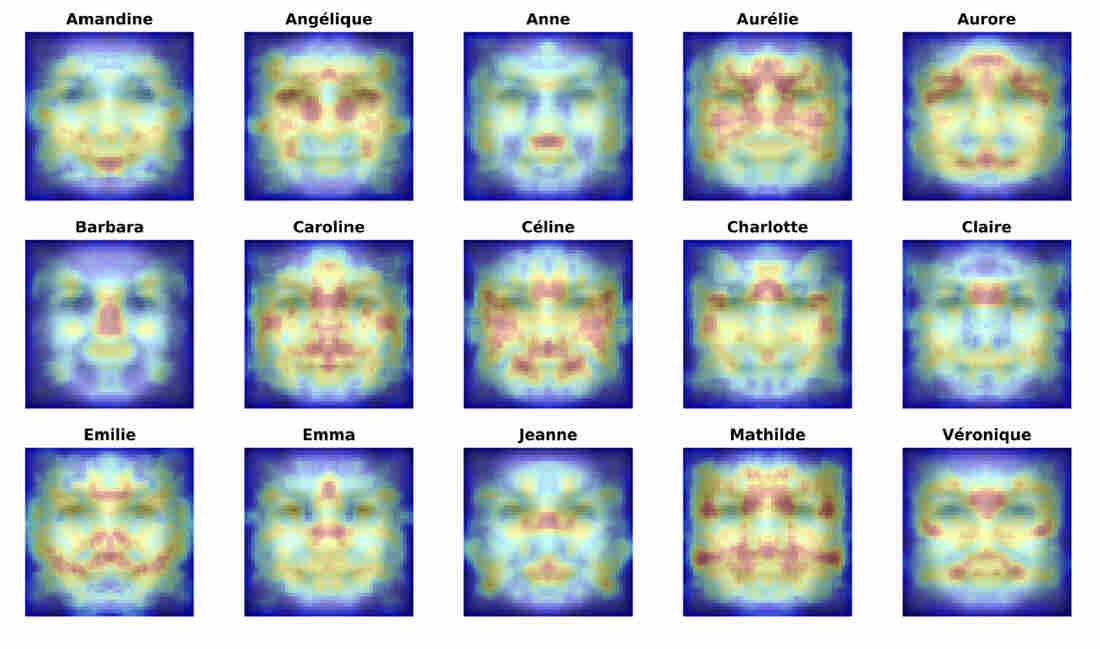 A computer analysis found that people with the same name were more likely to share similar expressions around their eyes and mouths, areas of the face that are easier to adjust. Courtesy of the Journal of Personality and Social Psychology hide caption

toggle caption
Courtesy of the Journal of Personality and Social Psychology 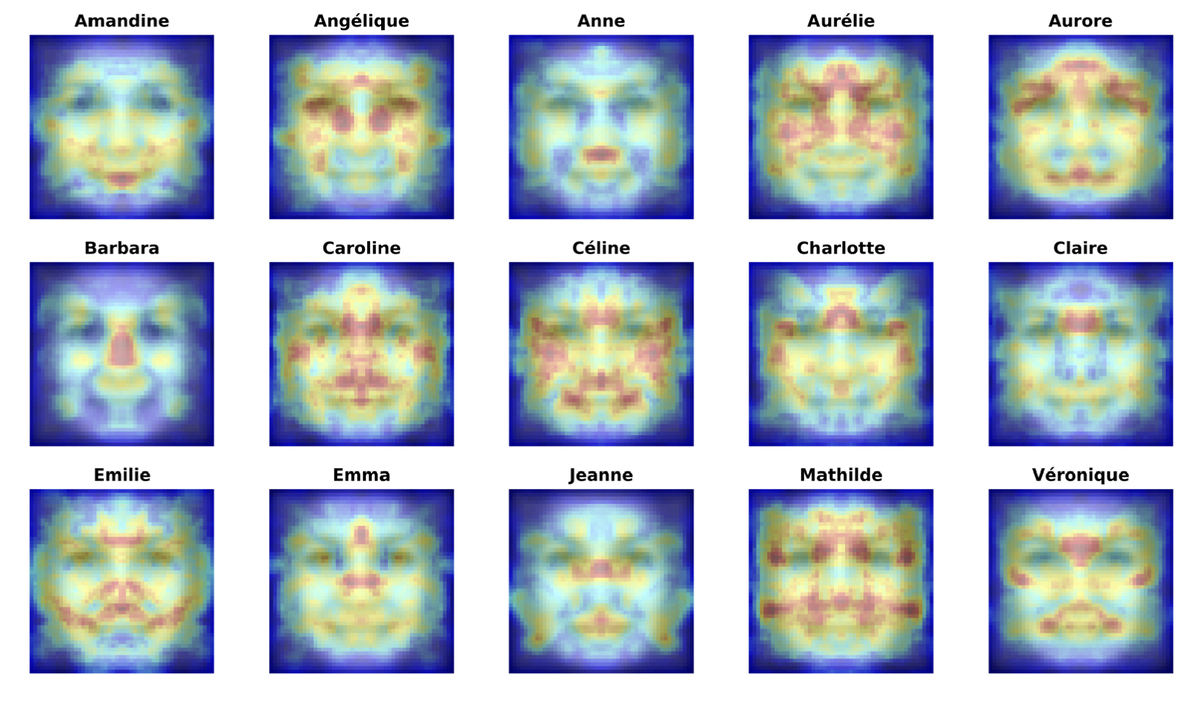 A computer analysis found that people with the same name were more likely to share similar expressions around their eyes and mouths, areas of the face that are easier to adjust.

Courtesy of the Journal of Personality and Social Psychology

In my head, a person with the name Danny has a boyish face and a perpetual smile. Zoes have wide eyes and wild hair and an air of mild bemusement.

There might actually be something to the idea that people who share a name also share a stereotypical "look" to them, researchers say. In one experiment, published Monday in the Journal of Personality and Social Psychology, scientists found that when people are shown a stranger's face and a choice of five names, they pick the right name about 35 percent of the time.

That's actually pretty good, says Cathy Mondloch, a psychologist at Brock University in Canada who was not involved with the work. "Random chance would be 20 percent. I found that quite compelling." Though she says that more work needs to be done before she's convinced another reason, like that some name options are unpopular, isn't responsible for the result.

The team ran several more experiments with different conditions and continued finding that study participants – and one computer algorithm – could reliably match names to faces. "We ran more than a dozen studies, and each time we had this feeling like, 'Oh boy, maybe this time it won't work.' And each time, it worked. That was really surprising," says Yonat Zwebner, a social psychologist at The Hebrew University of Jerusalem and lead author on the paper.

And in another experiment, the researchers trained a computer to find similarities in thousands of faces of people with the same name. The algorithm found that people with the same name tend to have similarities around their eyes or at the corners of their mouths. "You can see it's the places with different expressions or most of our expressions," Zwebner says. Using that information, the robot could match a face to the correct name about 60 percent of the time when given two options. 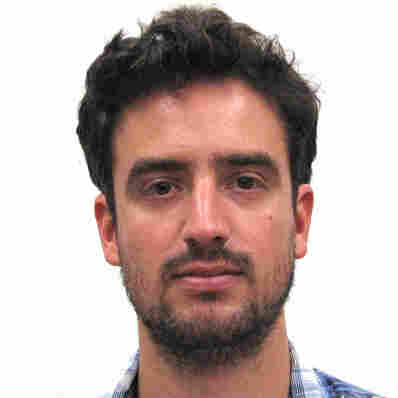 Researchers gave people the choice of four names for this photo: For this particular photo, participants were given the choice of 4 names. Jacob, Dan, Josef and Nathaniel. Dan is correct. Courtesy of The Journal of Personality and Social Psychology hide caption

toggle caption
Courtesy of The Journal of Personality and Social Psychology

Zwebner speculates that people might be using their facial muscles to conform appearance to name. Imagine someone with the name "Joy," for instance, Zwebner says. "The moment she's born, her parents and society treat her in a way that befits that name. The say, you really are so joyful, smiling just like your name. She develops a certain look maybe because she is smiling more because of all the positive feedback she gets when she smiles."

It may also be that people mold their names to fit them, says Melissa Lea, a psychologist and neuroscientist at Millsaps University in Mississippi. "I have several colleagues who say, '[My first name] didn't fit me. So I use my middle name.' That may be because they weren't matching the stereotype," she says. Don't feel like a Richard? Maybe Dick will suit you better.

However, there could be other explanations reasons why Zwebner found the correlation between faces and names, Mondloch says.

For one, maybe it's that one or two of the five names the researchers chose were unpopular or a terrible match for the face that study participants saw. "Nobody would pick [those], but picked the other three names equally often, then they would still pick my name about 35 percent of the time," she says.

Thus it could be that we can't really pick out the right name for a face, but just that we're good at ruling out certain names. For instance, you might quickly cross out the name Angus for an Asian guy.

And there are other things that change our facial appearance aside from our names and people's reactions to our names, Mondloch says. "Parents influence our face because we're genetically related, and they pick our names, too. I think a big component [of our appearance] is going to be from genetic inheritance, diet and stress."

Still, that doesn't mean Zwebner isn't seeing a real effect, Mondloch adds. "The phenomenon is there, I do think." She's hoping other scientists will delve into it and see what could be driving the effect.

This could put more pressure on parents when choosing baby names, a possibility Zwebner has just experienced herself. She delivered a baby daughter a couple weeks ago and almost couldn't pick a name. "For the older kids, I wasn't in this research, but now that I know the implications of choosing a name it was much harder," she says. "If we didn't have to name her in the hospital, I think she would still not be named."