Accessibility links
Some Melanoma Survivors Are Still Getting Too Much Sun : Shots - Health News Getting people to change their health behaviors is hard. A cancer diagnosis may increase motivation to reduce risk, but it doesn't necessarily make the change easier.

Some Melanoma Survivors Are Still Getting Too Much Sun Exposure

Some Melanoma Survivors Are Still Getting Too Much Sun Exposure 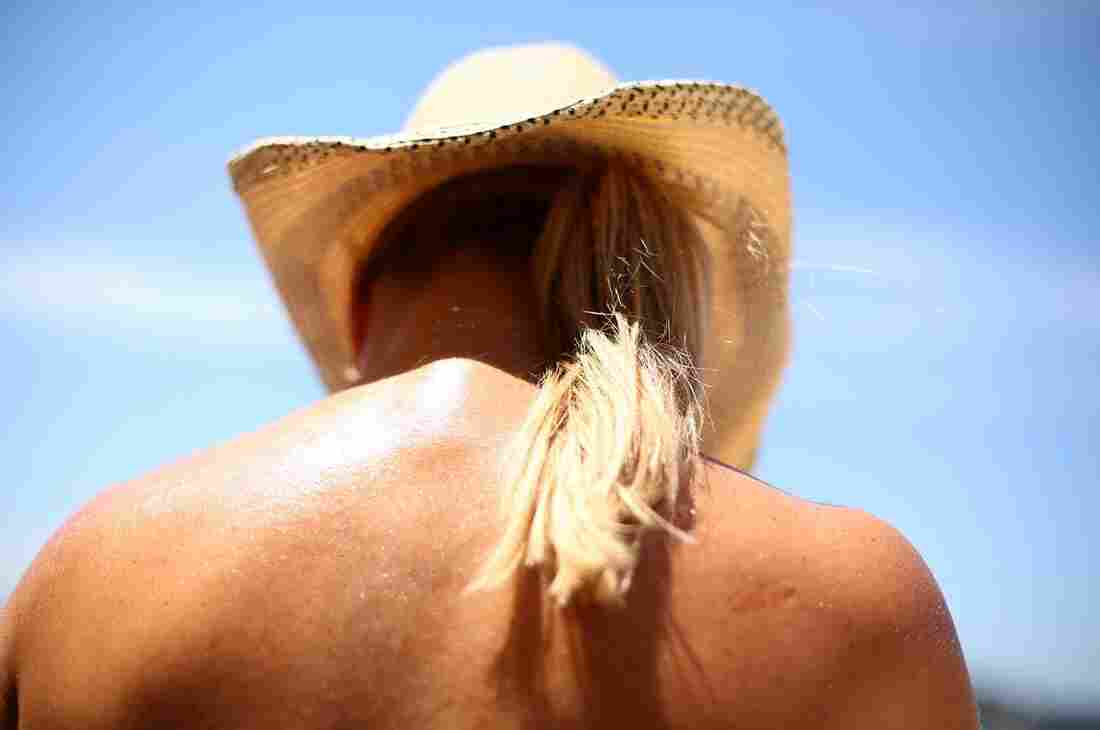 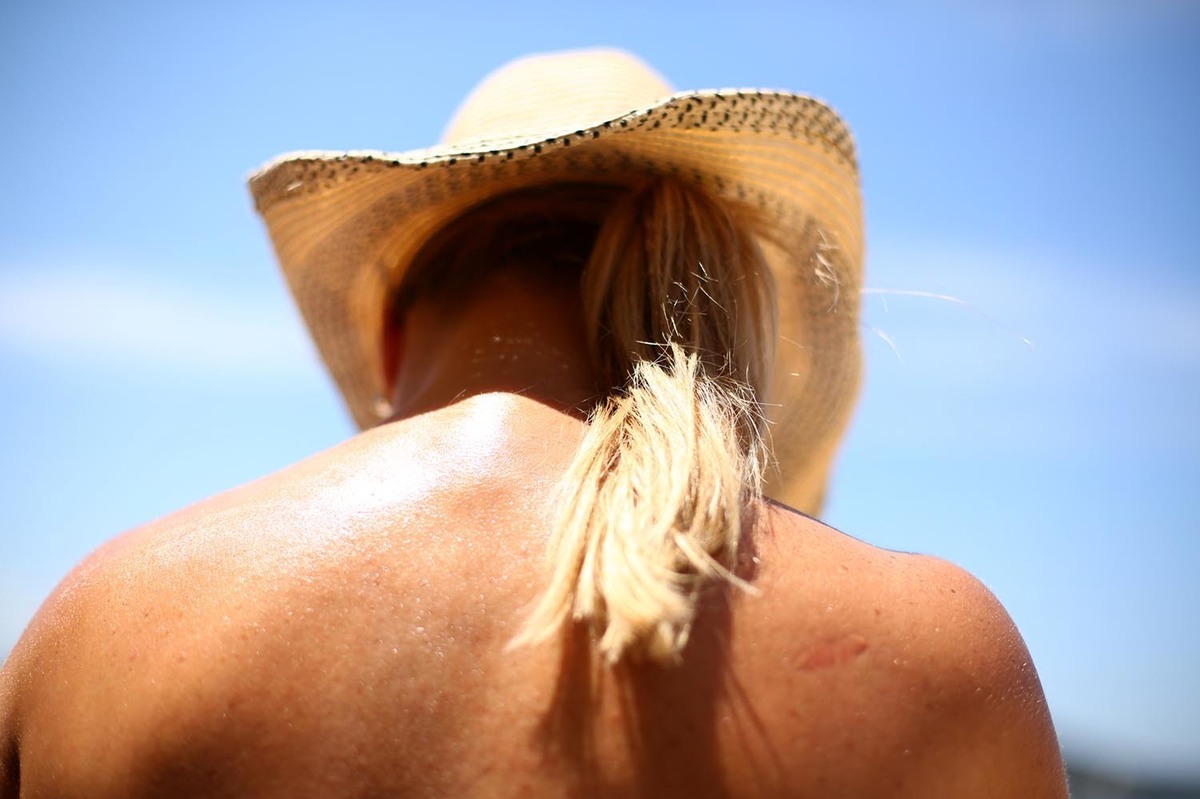 Melanoma survivors may still be taking chances with sun exposure.

People who have survived melanoma were more likely to protect themselves from sun exposure than those who hadn't experienced the disease, but a significant portion of them still reported getting a sunburn in the past year, among other behaviors that might increase the risk of a new cancer.

The study, which appears Thursday in Cancer Epidemiology, Biomarkers and Prevention, included 724 cancer survivors who had been diagnosed with melanoma, a potentially deadly form of skin cancer, between July 2004 and December 2007.

Researchers also surveyed 660 people who hadn't had melanoma but who were similar in age and gender to the cancer survivors. The study, conducted in 2015, relied on self-reports, which means some people may have overestimated their positive behaviors, and it captures only one point in time. So it's not possible to say whether a given cancer survivor changed his or her sun exposure behavior after diagnosis.

You can look at the results two ways: On the positive side, the survivors were on average doing better at protecting themselves from sun exposure than people who hadn't had skin cancer. For example, 34 percent of survivors reported spending more than an hour outside on summer weekdays, compared with 44 percent of those in the control group.

Among survivors, almost 20 percent reported at least one sunburn within the past 12 months, compared to nearly 37 percent of people without a history of the disease. And 62 percent of survivors said they often or always wear sunscreen outside in the summer, compared to 39 percent of the control group. On the other hand, one might wonder why more melanoma survivors weren't taking protective measures.

Study co-author Rachel Vogel, a cancer epidemiologist at the University of Minnesota, says she puts the findings in the "glass half full" category. "These survivors are almost 10 years out, and the fact that they're doing better [than the control group] at all is surprising," she says.

On the flip side, though, she says there is definitely room for improvement, which is where she plans to focus future research efforts. (More on that in a minute.)

The results point to a truism of health: changing behavior is really, really hard. There's an assumption that a cancer diagnosis provides a teachable moment when people are more willing to make positive changes, but whether it represents a true window of opportunity isn't well studied, says Colleen McBride, a behavioral epidemiologist who chairs the department of behavioral sciences and health education at Emory University's Rollins School of Public Health and wasn't involved with the study.

It's Tough To Make Good Health Choices, But Science Can Help

Most of us think that people make life-changing positive changes after a cancer diagnosis, but that doesn't always happen; a 2014 study found almost 15 percent of lung cancer survivors were current smokers. The best timing for when an intervention should be offered isn't known, McBride says. "Does it actually make a difference, compared to giving the intervention at any other time?" she says. "There's not a lot of research to pin that down."

McBride and her colleagues have proposed a way to think about whether a given event, like a bad diagnosis or, on the brighter side, a pregnancy, represents a true window of opportunity for making changes. The event has to make a person feel at risk, has to provoke emotions and has to challenge self-concept. So a cancer diagnosis might make you feel at risk of serious health problems or death, which could provoke worry and anxiety, and can make you feel like a patient — who is, by cultural standards, supposed to work hard to try to get better, she says.

That may help explain why some melanoma survivors in the study weren't studiously avoiding the sun. Vogel says that in focus groups preceding the study, melanoma survivors seemed to fall into two groups: those who said they wore long sleeves every day and only golfed starting at 7 a.m., and those who said they did pretty much whatever they wanted to do. She says that latter group didn't seem to think that their diagnosis had been a serious one — they may never have felt truly at risk.

"There may be an education piece we're missing," says Vogel. "People go to the dermatologist and have the melanoma removed, and that's the end of the story for them. They don't realize that they dodged a really big bullet and got very lucky." (Early stage, localized melanoma has a five-year survival rate of more than 98 percent, but if the disease has spread beyond the nearby lymph nodes and to other parts of the body, the rate drops to 17 percent.)

A diagnosis may motivate the patient herself or a relative or loved one to try to change their behavior. "But once they're in the door, they face all the challenges of anyone who is trying to change their behavior," McBride says. "It's difficult to let go of old habits." That's particularly true when those habits like smoking or overeating give people comfort during the stressful period right after a diagnosis.

Vogel is planning to study and develop better interventions for people who have had skin cancer. One option, for example, would be to use a wearable device to measure UV exposure and then ping people on their watch or phone to remind them they've been outside for too long.

And whether you've had a melanoma diagnosis or not, Vogel says it's time to make sun protection routine. That means limiting sun exposure when UV light is strongest, covering up with clothing and hats, using sunscreen properly and avoiding tanning beds.