Accessibility links
Synthetic Yeast Genome A Step Closer To Reality : Shots - Health News An international consortium of researchers has synthesized about a third of the genetic code of baker's yeast. It's an important milestone in science's quest to create complex "synthetic life." 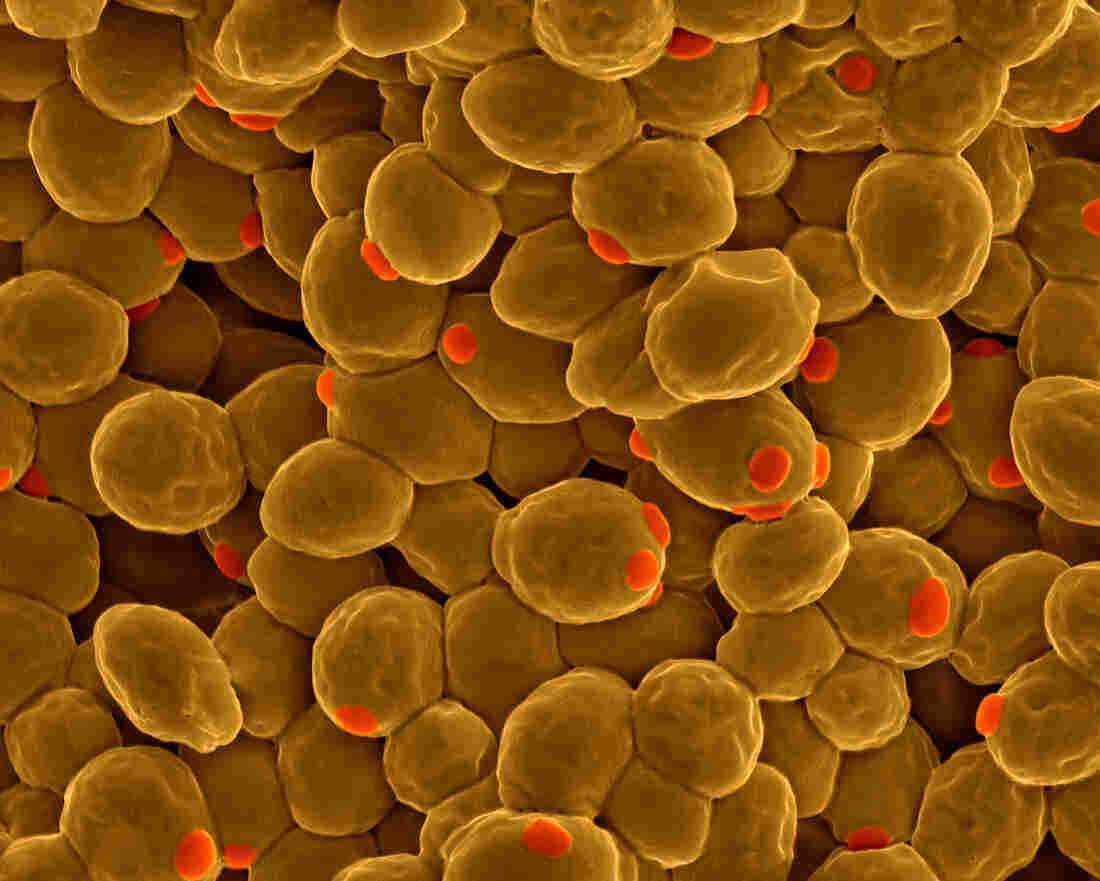 Colored scanning electron micrograph of baker's yeast, conventionally grown in the lab. So far, researchers have been able to synthesize six of the yeast's 16 chromosomes from scratch, and think they may be able to complete all 16 by 2018. Dennis Kunkel Microscopy/Science Source hide caption 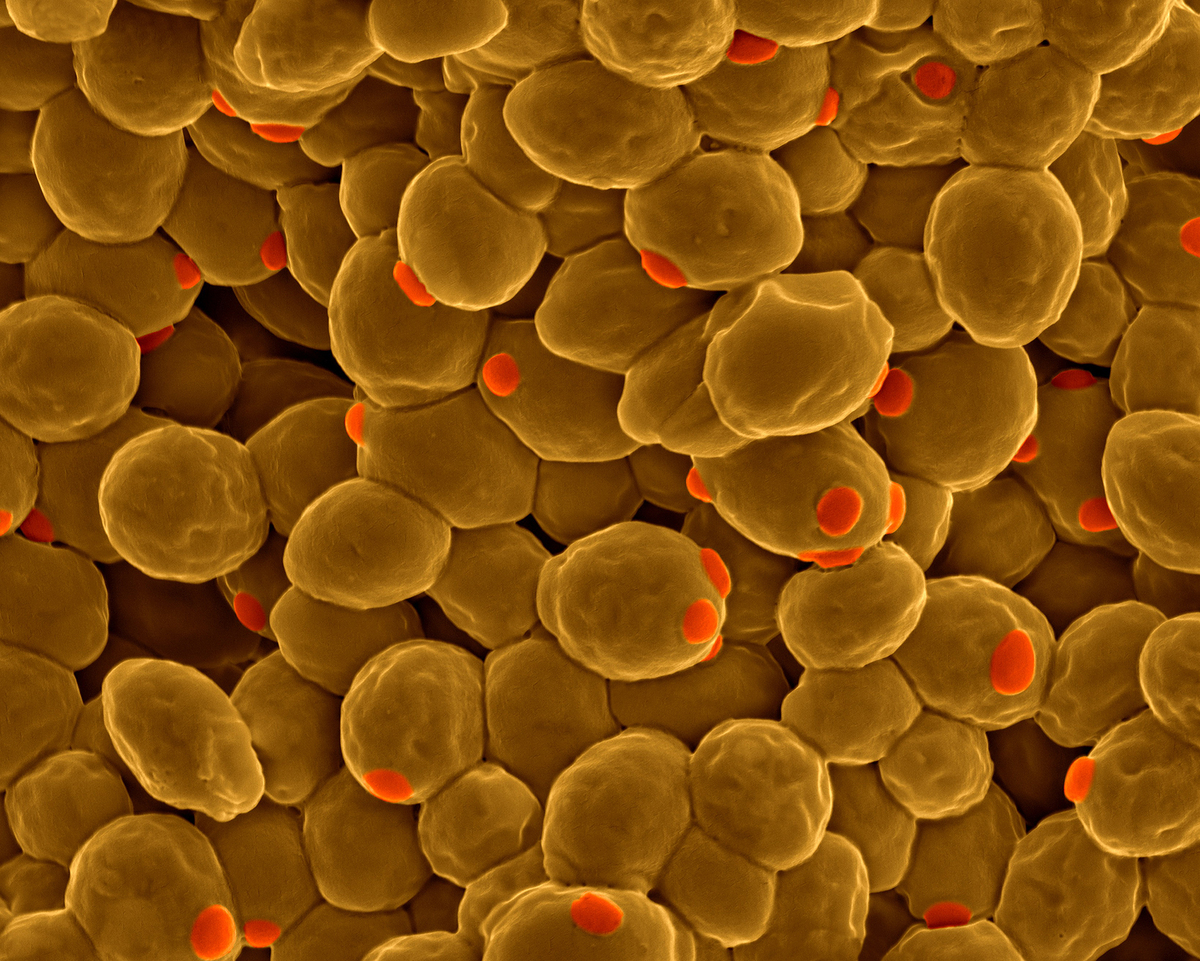 Colored scanning electron micrograph of baker's yeast, conventionally grown in the lab. So far, researchers have been able to synthesize six of the yeast's 16 chromosomes from scratch, and think they may be able to complete all 16 by 2018.

Scientists have taken another important step toward creating different types of synthetic life in the laboratory.

An international research consortium reports Thursday that it has figured out an efficient method for synthesizing a substantial part of the genetic code of yeast.

"We are absolutely thrilled," says Jef Boeke, a geneticist at New York University School of Medicine, who is leading the project. "This is a significant step toward our goal."

The milestone is the latest development in the intensifying quest to create living, complex organisms from scratch in the lab. This group previously reported it had completely synthesized one of yeast's 16 chromosomes, which are the molecular structures that carry all of an organism's genes.

Now, in a series of seven papers published in the journal Science, the group reports it has completed five more, and is on track to having a fully synthetic yeast genome finished by the end of the year.

"We're chugging along toward that goal," Boeke says.

The advance is being praised by many biologists, geneticists and others as an important advance. And even bioethicists and environmentalists who are worried about possible ethical and environmental implications praised the project for its careful approach.

But the increasing ability to manipulate the basic building blocks of life is stirring concerns about someday using this technology to create synthetic genomes of other organisms, especially humans.

The yeast project is significant because it provides insights into how human cells work, Boeke says. 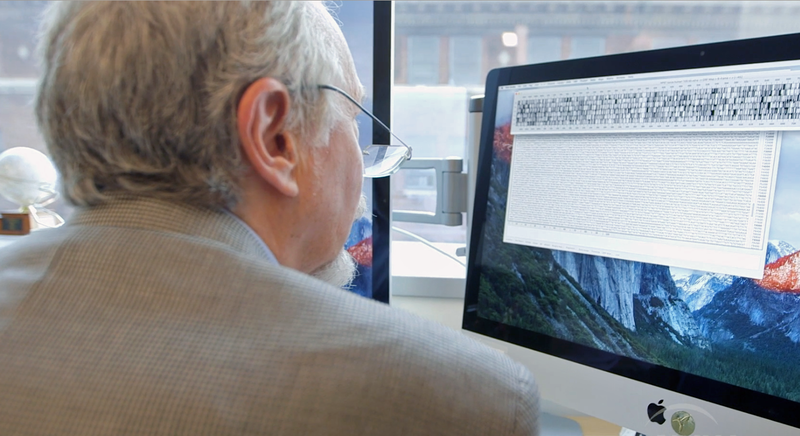 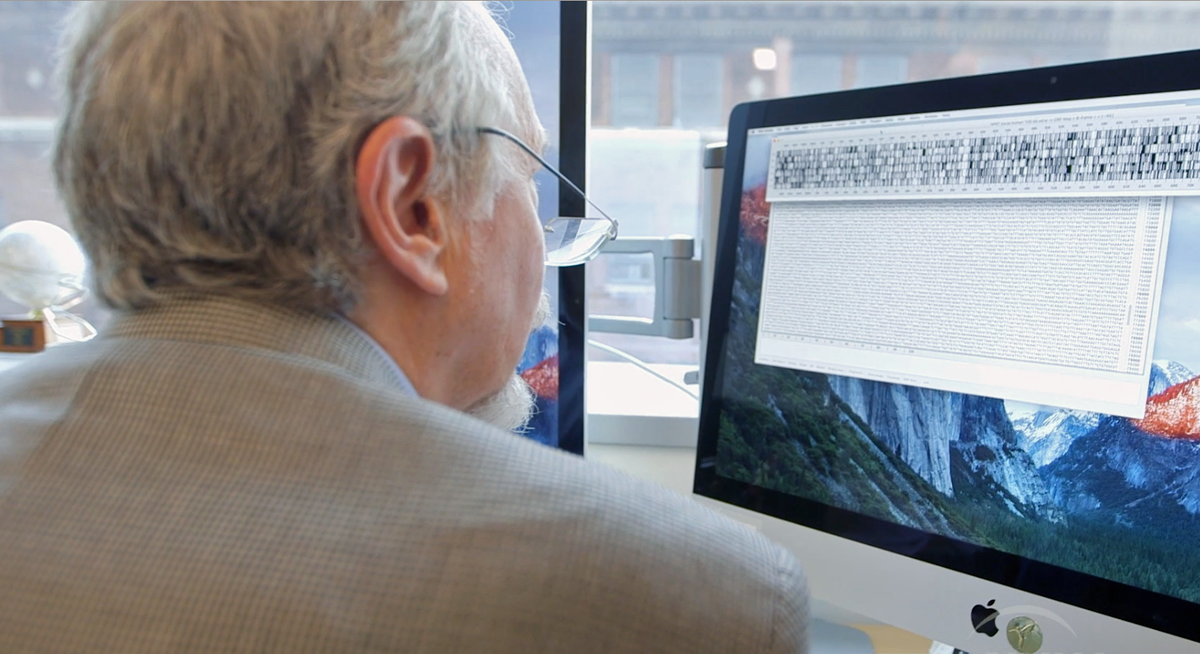 Though single-celled, yeast are among the complicated group of organisms called eukaryotes. That means, like humans, yeast contain organelles, and package their DNA inside a nucleus.

"They are a great model for understanding the basic wiring of higher cells," Boeke says.

The project enlisted labs around the world to painstakingly assemble yeast chromosomes from the four basic chemical building blocks of DNA — adenine, cytosine, guanine and thymine.

"We're essentially swapping out the code, if you will, in a living yeast cell with sort of a 21st Century version of the operating system," he says.

The team has shown that all six of the chromosomes assembled so far function inside yeast cells, even when several are simultaneously inserted into the same cell. That's true even when significant portions of individual chromosomes have been rewritten.

"We can kind of torture the genome of the yeast in some pretty extreme ways and the yeast sort of shrugs its shoulders and doesn't seem to care that much about it," Boeke says.

That bodes well for one of the goals of the project: creating synthetic yeast that could be used like tiny factories to produce more than bread, beer and wine. The scientists hope to use yeast to produce new drugs to treat diseases as well as for other purposes, possibly including manufacturing new forms of fuel.

"We're also developing some really practical tools for improving the yeast so that it can do a much better job at making useful products for us," Boeke says.

"This is really going to allow us to understand how to design cells from the bottom up that can be reprogrammed for many applications," says Daniel Gibson, vice president of DNA technologies at Synthetic Genomics, of La Jolla, Calif., who wrote an article accompanying the new research

Scientists Build A Live, No-Frills Cell That Could Have A Big Future

Another goal is to learn new things about basic biology, Boeke says.

"A great quote from Richard Feynman of the Feynman lectures on physics is: 'What I cannot create, I cannot understand,' " says Boeke. "And that's kind of a motto for our field, I guess you would say."

The techniques the scientists are developing could also be used to synthesize from scratch the genomes of other much more complex organisms, Boeke says. For example, the group has developed an efficient way to identify and fix errors in the genomes they're working on, similar to the way computer programmers debug computer programs.

"This is absolutely setting the stage for being able to do these kinds of manipulations on a much larger scale in much larger genomes, such as those of plants and animals and even of the human genome," Boeke says.

That includes synthesizing the whole human genome. Boeke is already working on that with George Church, a prominent Harvard University geneticist.

"This is a whole new era where we're moving beyond little edits on single genes to being able to write whatever we want throughout the genome," Church says. "The goal is to be able to change it as radically as our understanding permits."

That prospect worries some biologists, environmentalists, bioethicists and others. The concern is that synthetic microbes, plants or animals might damage the environment in unpredictable ways if they're released either accidentally or on purpose.

"You can think of it of like introducing an invasive species into a different environment," says Todd Kuiken, a senior research scholar at North Carolina State University's Genetic Engineering and Society Center. "It will have some type of impact to the system."

Others fear terrorists could use this technology to brew new biological weapons.

Boeke says the yeast project is being done with careful safeguards and tight ethical scrutiny. But he acknowledges that the possibility of creating a synthetic human genome stirs alarm.

"The biggest concern, of course, is people are worried that our goal is to make a synthetic human — a human powered by a synthetic genome," he says. "And this is why we are very adamant that our applications are in engineering of cells that could be used as therapies for humans. Don't make an organism from it."

But others think society is nowhere near ready for the manufacturing of a synthetic human genome.

"Having that kind of knowledge and that kind of power over the human genome in a world as riven by injustice as the world in which we currently live would not be a good way to go — would not be a justifiable direction," says Laurie Zoloth, a bioethicist at Northwestern University. But she praises the yeast project.