Accessibility links
Low-Income, Elderly, And Disabled Likely To Be Hit Hard By GOP Medicaid Cuts : Shots - Health News Advocates on both sides of the aisle say the GOP health care bill will be bad for Texas because it will lead to more people without coverage and punish the state because it did not expand Medicaid. 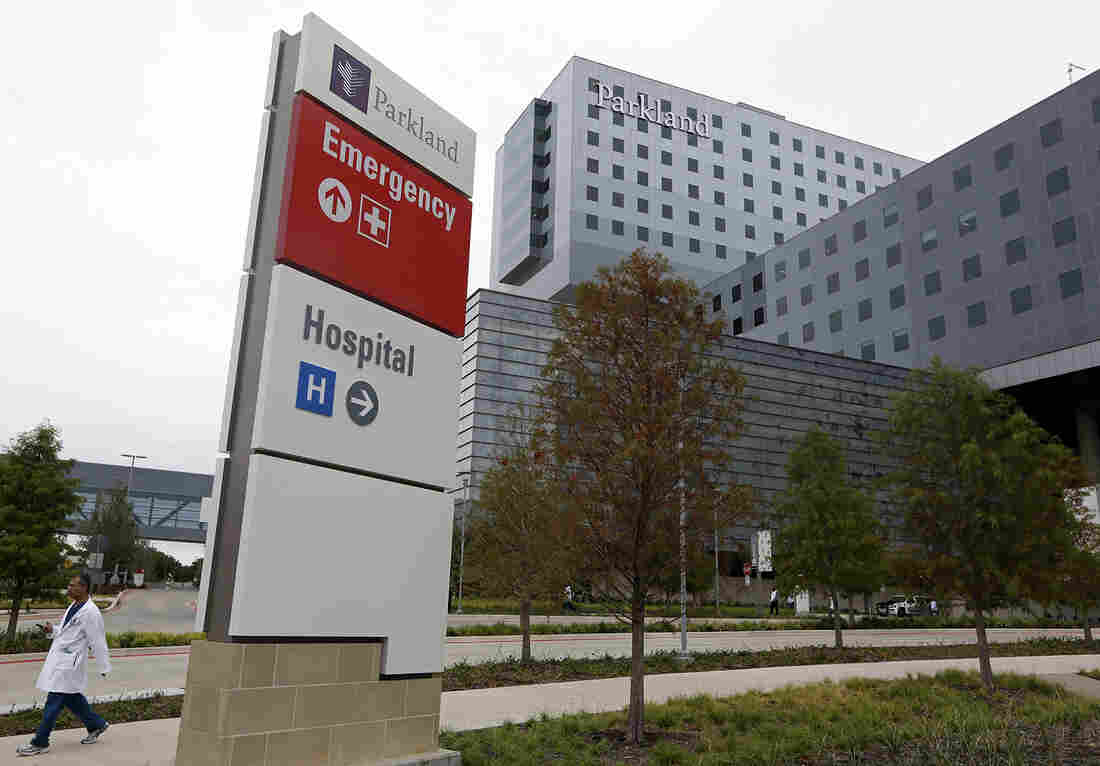 Funding is now uncertain for Texas hospitals like Parkland Memorial Hospital in Dallas that get federal revenue outside the regular Medicaid system to help pay for the uninsured. LM Otero/AP hide caption 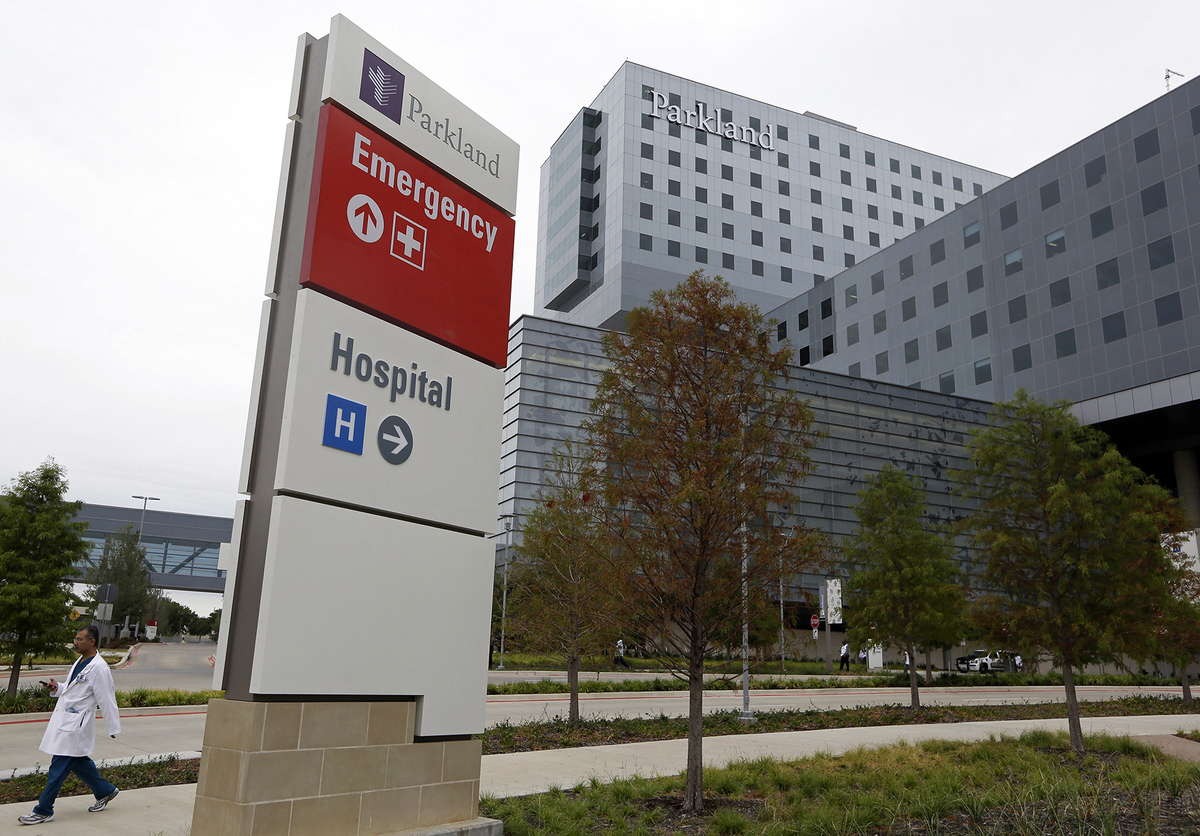 Funding is now uncertain for Texas hospitals like Parkland Memorial Hospital in Dallas that get federal revenue outside the regular Medicaid system to help pay for the uninsured.

Many in Texas are keeping a close eye on the Republican bid to replace the Affordable Care Act. One of the big changes is how it would affect low-income people, seniors, and people with disabilities who get help from Medicaid. And people on both sides of the political spectrum say the Lone Star State is not going to fare well.

As the GOP bill, the American Health Care Act, works its way through Congress, Anne Dunkelberg with the left-leaning Center for Public Policy Priorities in Austin says she's a little stumped.

"I have worked on Medicaid and uninsured and health care access issues in Texas for well over 20 years," she chuckles. She says this bill leaves the fate of some current funding streams unclear and there's one pot of money she's particularly concerned about. Texas has struck deals with the federal government to help reimburse hospitals for the cost of caring for people who don't have insurance. And Texas has more uninsured residents than any other state.

"About half of what Texas hospitals get from Medicaid today comes through payments that are outside from the regular Medicaid program," she says, which adds up to $4 billion in federal funds every year.

But even if Texas gets to keep all that money, there's another whammy — the GOP plan caps how much money states get for Medicaid from the federal government for every person they cover. It's called a per-capita cap, and the payments under that formula would start in 2020, but would be based on how much the state spends this year.

Adriana Kohler with Texans Care for Children, an advocacy group based in Austin, says Texas already leaves too many people without care.

"Last legislative session there were cuts to pediatric therapies for kids with disabilities enrolled in Medicaid," she says. The cuts caused some providers to shut their doors, which left some children without services, she says. "That's why these cuts coming down from the ACA repeal bill are very concerning to us."

She says in Texas, children, pregnant women, seniors, and people with disabilities will bear the brunt of any belt-tightening. These populations make up 96 percent of people on Medicaid in Texas. That's why Dunkelberg says the program as is should not be the baseline for years to come.

"They could lock Texas into a lot of historical decisions that were strictly driven by a desire to write the smallest budget possible," she says.

Some on the right agree Texas is getting a raw deal. Doctor Deane Waldman with the right-leaning Texas Public Policy Foundation says there are things he likes in the bill. But in general he says, "It's bad deal for Texas. It's a bad deal for the American people."

He says it was the right thing for Texas not to expand Medicaid, but this bill punishes Texas for it. Under the GOP bill, states that expanded Medicaid would get more money. And because the Republican bill leaves the door open for states to expand Medicaid before 2020, he thinks more states will do that to get in on the deal.

That, in turn, will make Medicaid spending skyrocket, he says. But if Texas still refuses to expand, it will have to share a pot of $10 billion over five years with other non-expansion states, per the GOP bill. And that would be just a drop in a bucket for a state as big as Texas.

This story is part of a reporting partnership with NPR, KUT and Kaiser Health News.