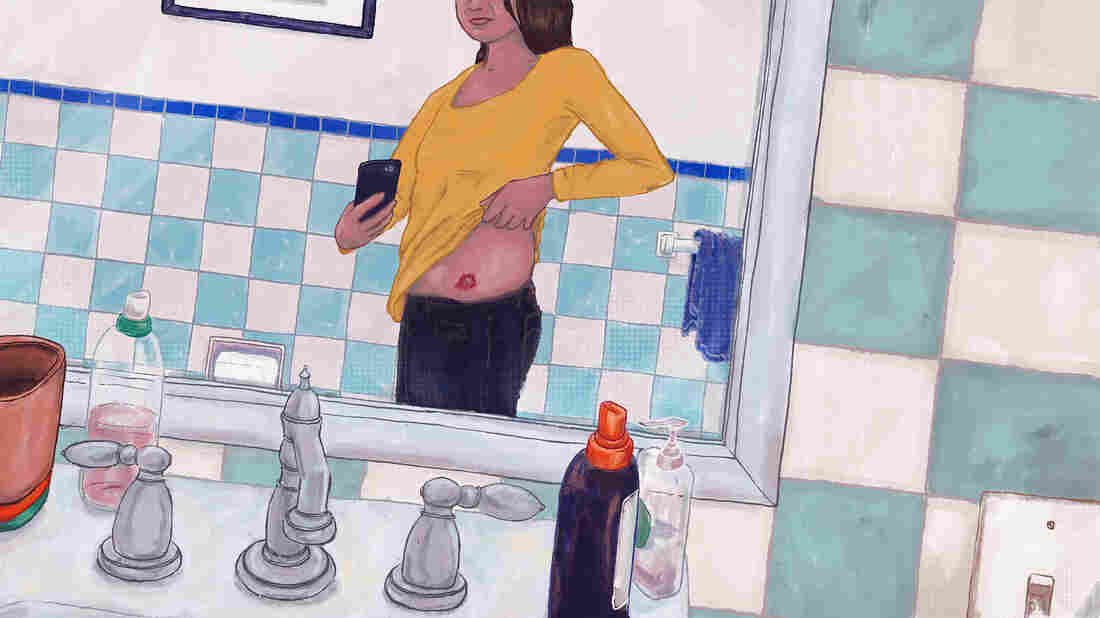 Wounds infected with antibiotic-resistant staph often heal, but the bacteria can remain inside a person's body and cause future infections. Michelle Kondrich for NPR hide caption 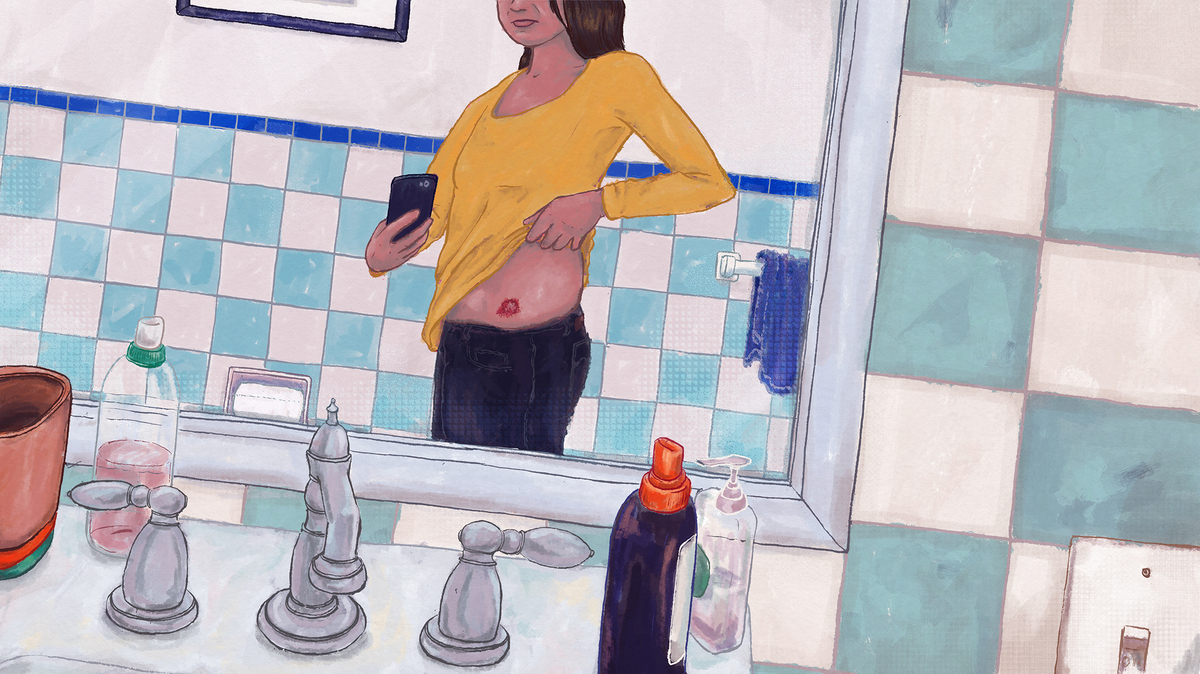 Wounds infected with antibiotic-resistant staph often heal, but the bacteria can remain inside a person's body and cause future infections.

­Last September, a tiny, itchy welt appeared just above my left hip. I thought I had an insect bite. I was visiting New York City at the time, and I worried it might be a sign of bed bugs.

But after I flew home, the welt began to swell. Soon it was as big as a blueberry. But rather than being blue, the lump turned scarlet. Because I am the type of person who can't leave well enough alone, I tried to pop it. That just made the lump angry. It began to ache.

Is That A Brown Recluse Spider Bite Or Skin Cancer?

When the throbbing lump reached the size of a plump grape, I went to the doctor.

Dr. Karen congratulated me for coming in and sliced the lump open with a scalpel. "Purulent" was the term she used, which means full of pus. And indeed it was. She dipped a swab into the incision, and hustled it off to the lab to be cultured. "To see if it's MRSA?" I asked. "Exactly," she said. I had been joking. She was not.

Methicillin-resistant Staphylococcus aureus, or MRSA, is a fancy name for staph bacteria that have picked up resistance to a many common antibiotics. Staph bacteria are everywhere, and they're not typically troublemakers. "It's part of our flora," says Robert Daum, a physician at the University of Chicago who studies MRSA.

Even MRSA doesn't have to be dangerous. But some strains are.

I didn't know much about MRSA, but what I did know led me to believe it's an infection — a terrible, life-threatening infection — that you pick up in hospitals. And it can be, but that's only part of the story.

About two decades ago, MRSA infections began cropping up outside health care facilities. At first researchers suspected that these infections had been brought into the community by former hospital patients. But they soon realized they were looking at new, genetically distinct strains. And those strains begin to spread and infect even young, healthy people.

By 2012, the country was in the midst of a MRSA epidemic. At the time, Daum had hired two nurses to help him recruit patients for a study he was conducting. "They were down in the emergency room running from one patient to the next because patients were coming in so frequently with skin and soft tissue infections," he says.

Treating MRSA skin infections is relatively straightforward. Most simply need to be opened up and drained. My wound healed quickly. But just because the infection is gone doesn't necessarily mean I'm free of MRSA. Staph likes to take up residence on the body, a process called colonization.

"Most people believe that if you get an infection that you've been colonized first," Daum says. But colonization can be difficult to prove.

According to the Centers for Disease Control, about one in three people carries staph in their nose and one out of fifty people carries MRSA. So, a month after my infection, I had Dr. Karen take a nasal swab, which came back negative for MRSA.

But Daum points out that's not enough. "We now know that the nose is not the primary place where you're colonized," he says.

Colonization rates seem to climb when researchers take multiple samples. A 2015 study recruited patients in ten emergency rooms across the US: 147 patients with lumps like the one I had, and 147 people without skin infections. Researchers swabbed four different spots on patients' bodies — nose, throat, rectum and groin — to search for staph. They found that a whopping 94 percent of patients with a MRSA-positive infection also carried MRSA in at least one of these four sites. But so did 18 percent of patients in the control group, those without any sign of a skin infection.

If I am colonized, which seems likely, it may or may not be problematic. Perhaps I'll get another skin infection. One study found that half of patients with a MRSA skin infection developed another lump within six months. But it's also possible I'll never have another one. Researchers don't yet understand what factors contribute to recurrence, Daum says.

Even if my family discovers that we're all colonized with MRSA, it's not clear what we should do about it. You can find all kinds of laborious decolonization protocols involving bleach baths and special soaps online. And while some studies suggest decolonization strategies do reduce recurrent skin infections in the short term, staph tends to come back. Decolonization is "fraught with problems and generally doesn't work," Daum says.

So all I can do is wait, and hope that if I get another MRSA infection, it's as mild and treatable as the last. I've got to live with my unlovely lump, or at least with the looming likelihood of its return. But next time I'll be prepared.

Cassandra Willyard is a freelance science journalist in Madison, Wisconsin. Her stories have appeared in Popular Science, Discover, Nature and more. Find her on Twitter: @cwillyard