Accessibility links
How Millennials Lose And Win Under The GOP Health Bill : Shots - Health News The Affordable Care Act covers 8 million millennials through Medicaid expansion, insurance exchanges, and the ability to stay on a parent's plan until age 26. The GOP health bill limits some options. 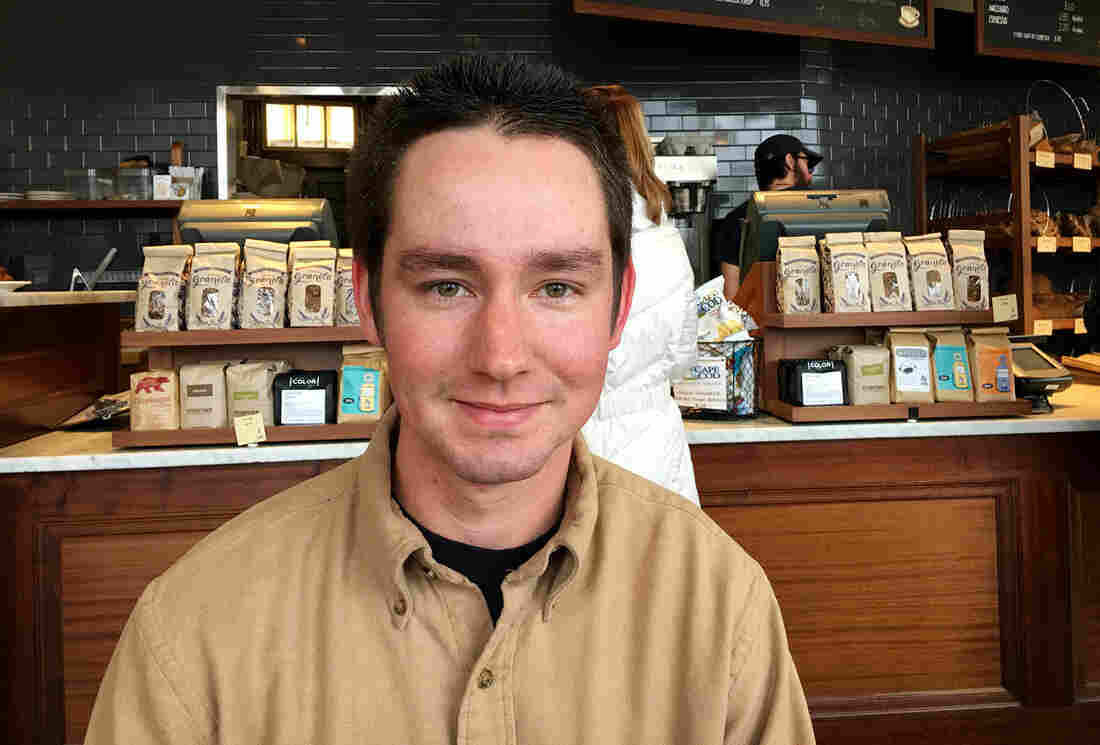 Luke Franco, 26, works three jobs and doesn't know whether he qualifies for Medicaid or a subsidy to buy coverage on the exchange set up under the Affordable Care Act. Kristin Gourlay/RINPR hide caption 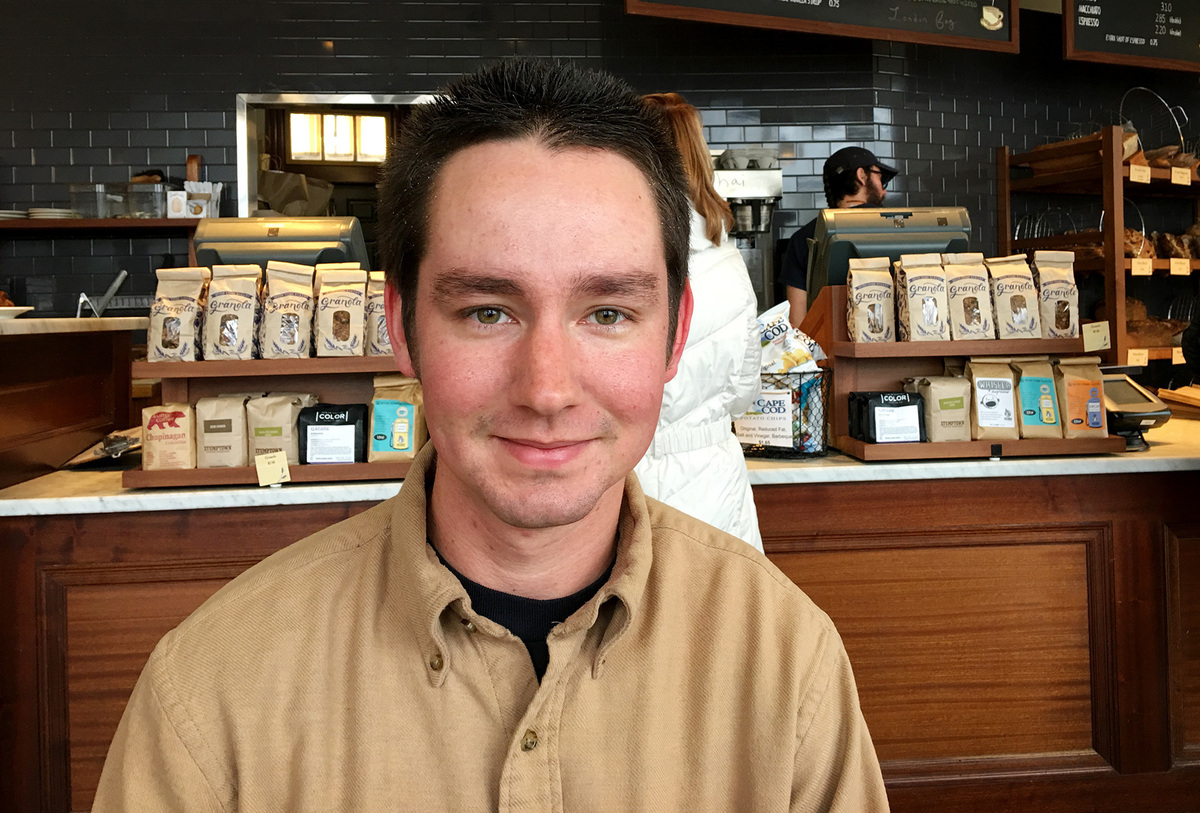 Luke Franco, 26, works three jobs and doesn't know whether he qualifies for Medicaid or a subsidy to buy coverage on the exchange set up under the Affordable Care Act.

Designing skateboards is just one of Luke Franco's gigs. He has just enough time before his next shift to chat at a café in downtown Providence, R.I.

"I work at the YMCA Monday through Friday with kindergartners through fifth graders. It's split shift; seven to nine, two to six daily," he says. "With the rest of my day, I also work at a local pizza place. And in addition to that, I also own and operate a small skateboard company."

But none of his jobs offers health insurance. I ask him if he worries about that.

"Yes, especially being an avid skateboarder," the 26-year-old says. "That's constantly something in the back of my head now — before I try this trick, what happens if I get hurt?"

So he's looking for a full time job with benefits. Until then? Franco hasn't really explored his options. He's a member of the millennial generation. They represent more than a quarter of the nation's population. These are people 18 to 34 years old, and we're hearing a lot about them in the health care debate. How they fare under the GOP health care bill going through Congress is complicated.

Franco doesn't know whether he qualifies for Medicaid or a subsidy to buy coverage on the exchange set up under the Affordable Care Act, also called Obamacare.

If the Republican plan to repeal and replace the ACA goes forward, his options might be more limited than that.

"I'm assuming that paying full price for it [health care] would be completely unaffordable for me," he says.

The GOP plan would offer Franco a tax credit of $2,000 a year — that's the amount for which 26- to 29-year-olds would be eligible. The amount goes up to $2,500 for those ages 30 to 39. But even if Franco could buy a plan for a few hundred dollars a month, he wants to hold on to what little pocket money he has for dinner or drinks with friends.

Jen Mishory heads an organization called Young Invincibles, a tongue-in-cheek name for millennials who think they're too healthy to need health insurance. But the organization is serious about advocating for young people. Mishory says the ACA helped this generation.

"You're starting pre-ACA with an uninsurance rate of about 29 percent for young people. We see that uninsurance rate drop, over the course of the last five, six years to about 16 percent," she says. That's thanks to many factors, the expansion of Medicaid, for one, and children being able to stay on their parents' insurance until age 26.

But coverage on the exchange is still expensive for some millennials. Even with subsidies, they didn't sign up for the ACA exchanges in the numbers insurers were hoping for.

Mishory points out the GOP proposal to roll back Medicaid expansion could hurt some young, single adults. The proposed tax credit might help others.

"For some young people [the tax credit] may be more than what they received under the ACA," she says. "But for a lot of the low-income young people, they could see reductions in that subsidy."

What concerns Mishory most is the Republican provision that insurance companies could charge customers 30 percent more for a plan if their coverage lapses.

"Young people are the most likely to see gaps in coverage," she says. That's because young adults move and change jobs a lot. They also tend to have lower incomes, so the penalty might discourage millennials, especially healthy ones, from enrolling in coverage again.

Molly Tracy says she'll buy insurance, penalty or not. She's 25 and works at a charter school.

She worries the Republican model won't be affordable.

"I'm not rich! I work in public education. So even if I do have coverage, having a $3,000 medical bill ... that's going to pose a significant challenge for me," she says.

Right now, Tracy is covered by her father's health insurance. But her 26th birthday is coming soon, she says, "So I'm trying to get a tonsillectomy before my insurance lapses. That's one of the issues. The other issue is scheduling, having enough time to recover."

When Tracy does get her own health insurance through work this fall, she wants to know what she will be getting. Will birth control remain affordable? Will mental health care be covered? A Congressional Budget Office analysis finds people like Tracy might end up paying much more out of pocket for those benefits than they would now.

This story is part of a partnership with NPR, Rhode Island Public Radio and Kaiser Health News.