Accessibility links
Smartphone App Could Measure Sperm Count : Shots - Health News Measuring the quality of those little swimmers usually requires a trip to the doctor. Researchers have come up with a smartphone accessory that would let men do that at home in less than five seconds. 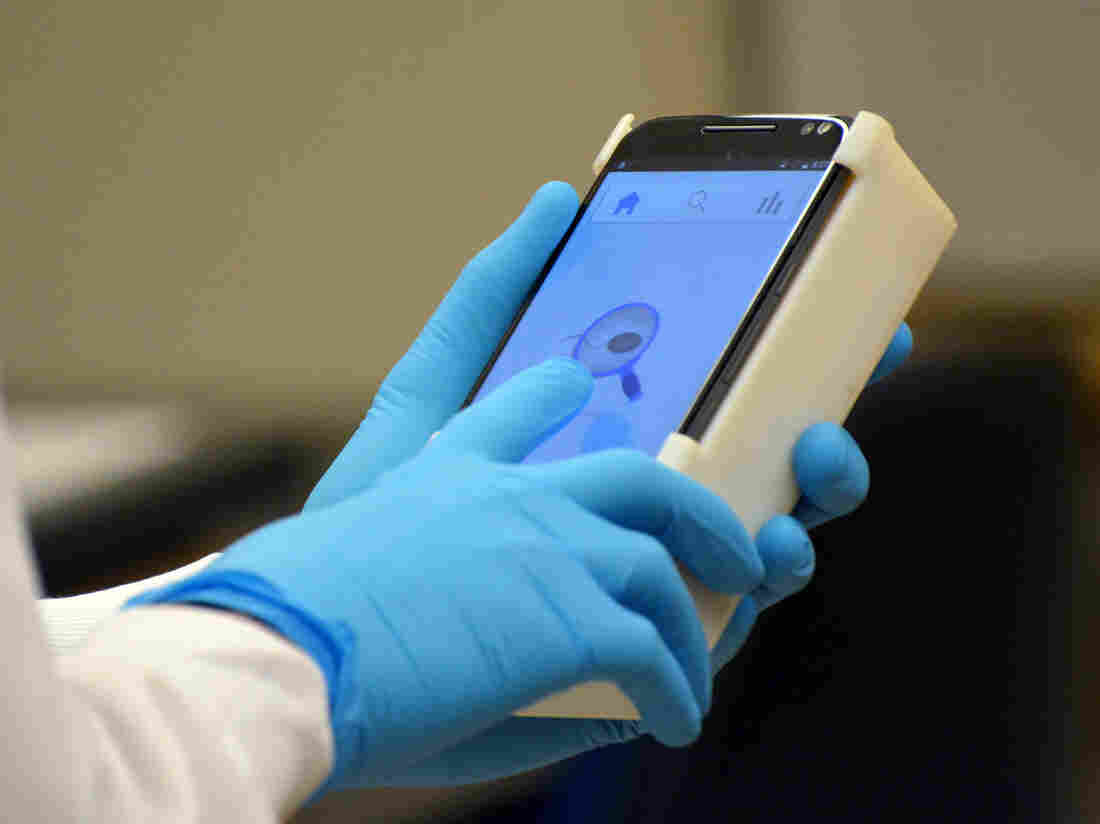 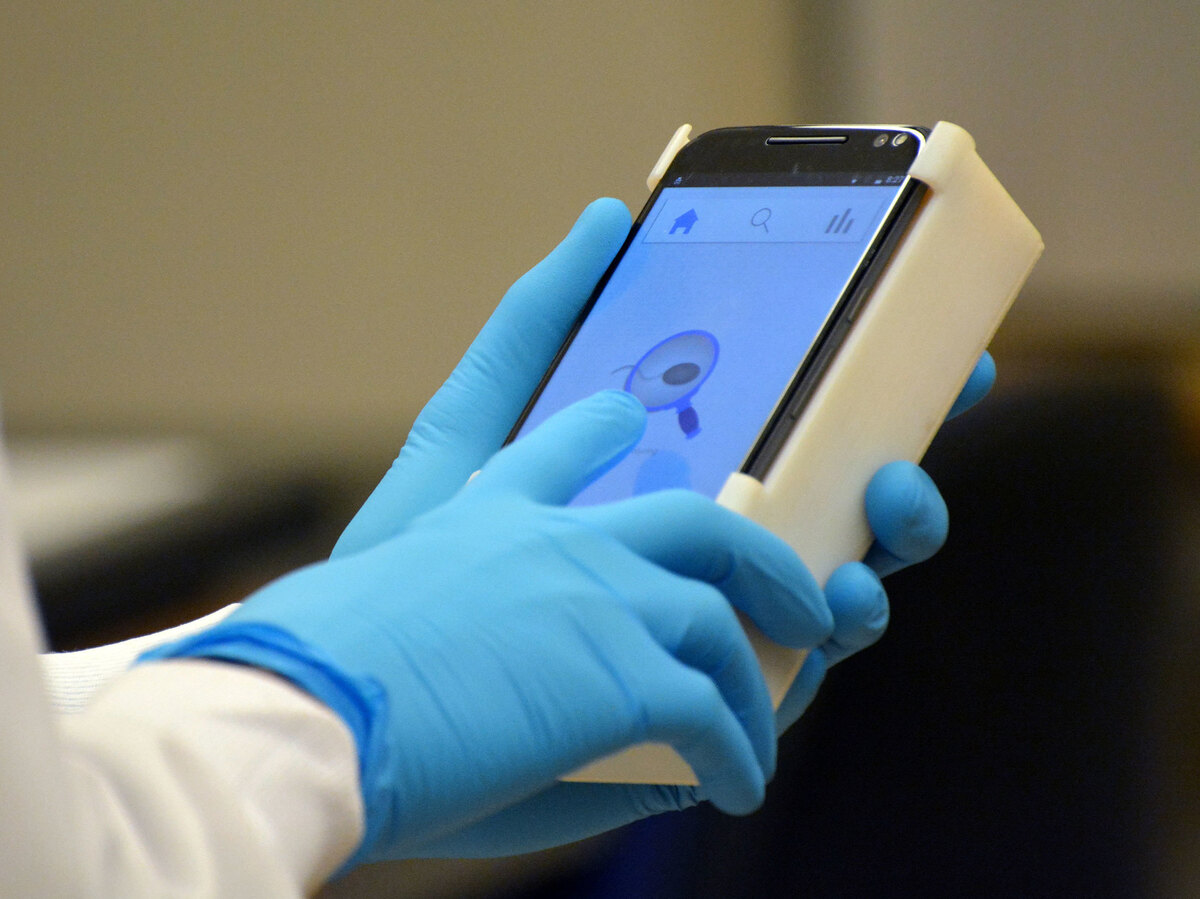 Scientists have developed a smartphone app to measure sperm count at home.

Men may soon be able to take their own sperm count — at home. With a smartphone. Yes, there's an app for that.

You may be asking yourself, why?

Low sperm count is a marker for male infertility, a condition that is actually a neglected health issue worldwide, according to the World Health Organization.

Current methods to diagnose male infertility require laboratory equipment that can cost up to $100,000. On top of that, standard methods often require a specially trained technician.

A team of researchers at Harvard is trying to change that.

A smartphone accessory and complementary app allow users to determine male fertility quickly and easily from the privacy of their home.

Led by Hadi Shafiee, an assistant professor at Harvard Medical School who works on developing new tools for patient care, researchers have developed a rapid infertility diagnostic tool that attaches to a smartphone.

The phone attachment works with a smartphone app the researchers created to count the number of sperm and measure motility, which are markers for infertility.

The process is fairly simple. First, you load a small amount of a semen sample onto a disposable microchip. Then you put the microchip into the cell phone attachment through a slot. The attachment turns the phone's camera into a microscope.

After the sample is loaded, you run the app, which allows the user to see a video of the sample. Then hit record, and the app analyzes the video to identify sperm cells and track their movements.

At no point does semen touch the smartphone.

The Harvard team isn't the first to develop an at-home fertility test for men, but they are the first to be able to determine sperm concentration as well as motility.

The scientists compared the smartphone sperm tracker to current lab equipment by analyzing the same semen samples side by side. They analyzed over 350 semen samples of both infertile and fertile men. The smartphone system was able to identify abnormal sperm samples with 98 percent accuracy. The results of the study were published in the journal Science Translational Medicine on Wednesday.

But could the average Joe really do this at home?

Shafiee's group looked at exactly that.

"We wanted to see what happens when this is operated by an untrained user with no scientific background." he says. Turns out you don't need any special training to measure your own swimmers. Both untrained and trained users were able to operate the at-home test without any difficulty.

The cell phone attachment is currently designed for use with Android devices, but Shafiee is busy at work designing a version that would work with iPhones. The device costs about $5 to make in the lab. This low cost could help provide much-need infertility care in developing nations, which often lack the resources for currently available diagnostics.

Although the device is designed to test for male infertility, Shafiee thinks it could also help men who have recently undergone a vasectomy. After a vasectomy, men are supposed to have their sperm count tested to tell whether the procedure worked. Unfortunately, many men do not take the time to come back to a clinic and have their sample tested.

"Urologists will love something like this," says Shafiee. "They can hand it to the patients and ask them to perform the analysis by themselves." Ideally, the results would be sent through the app directly to the doctor.

Shafiee says the next steps are getting FDA approval, starting a company, and beginning mass production of the devices. "I am confident that this can go to customers at below 50.00 dollars when it is ready" says Shafiee.

Shafiee says he hopes that in the future, fertility tests for men will be as easy and common as at home pregnancy tests for women.