Accessibility links
Lead Exposure In Childhood May Blunt Thinking Skills For Decades : Shots - Health News Researchers following a group of New Zealanders over the course of 40 years found an association between childhood lead exposure and declines in intelligence and socioeconomic status later in life. 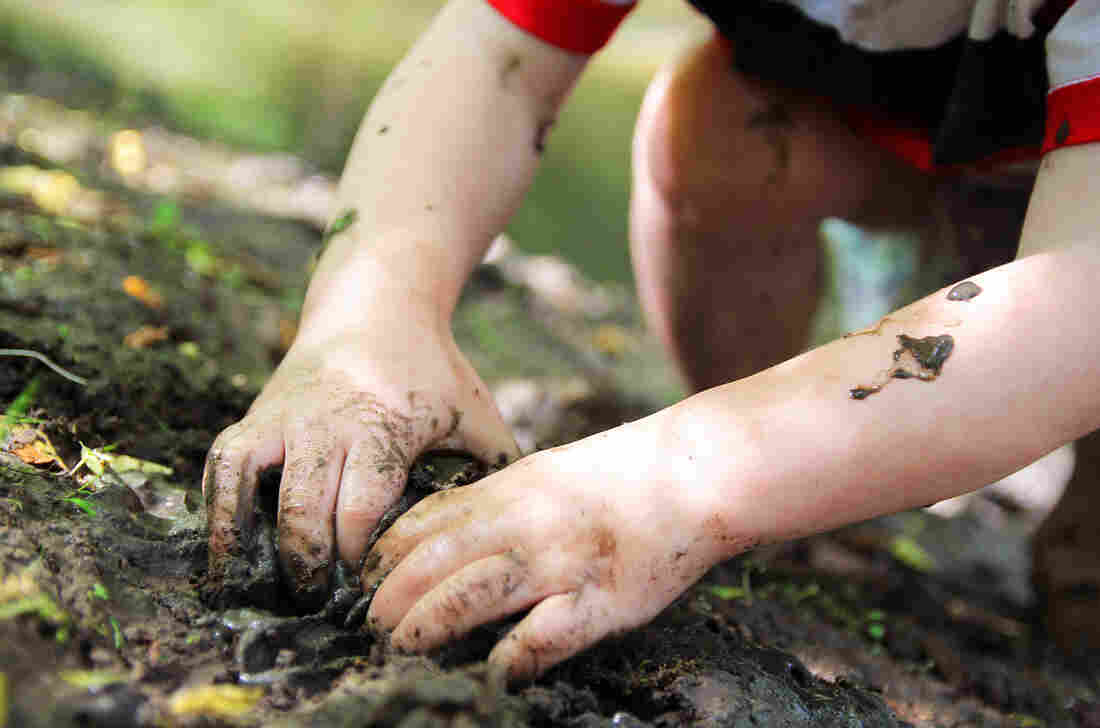 State and federal policies now limit the use of lead in gasoline, paint and plumbing, but children can still ingest the metal through contaminated soil. The effects of even fairly small amounts can be long-lasting, the evidence suggests. Christin Lola/Getty Images/iStockphoto hide caption 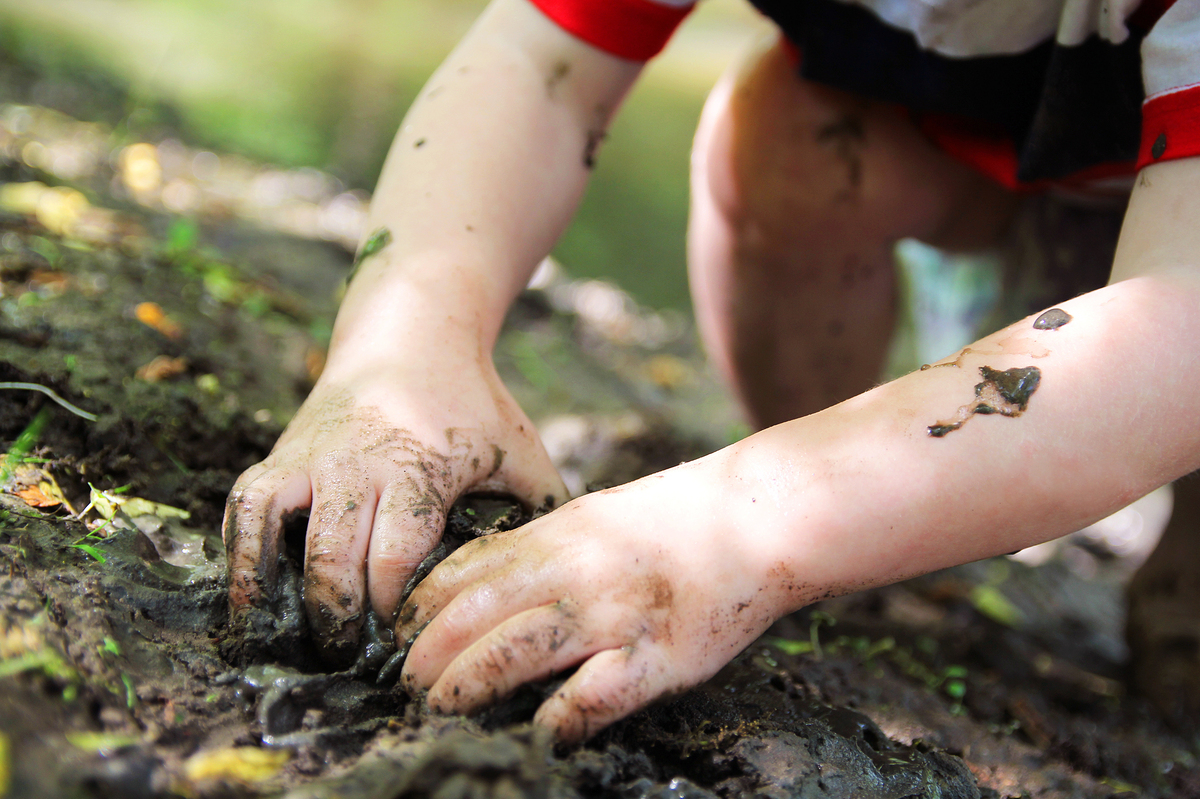 State and federal policies now limit the use of lead in gasoline, paint and plumbing, but children can still ingest the metal through contaminated soil. The effects of even fairly small amounts can be long-lasting, the evidence suggests.

Exposure to lead as a child can affect an adult decades later, according to a study out Tuesday that suggests a link between early childhood lead exposure and a dip in a person's later cognitive ability and socioeconomic status.

Lead in the United States can come from lots of sources: old, peeling paint; contaminated soil; or water that's passed through lead pipes. Before policies were enacted to get rid of lead in gasoline, it could even come from particles in the fumes that leave car tailpipes.

And when lead gets into a human body, it can mess with brain development, decades of research has shown.

Has My Child Been Exposed To Lead? When And How To Test

"It's toxic to many parts of the body, but in particular in can accumulate in the bloodstream and pass through the blood brain barrier to reach the brain," says the study's first author, Aaron Reuben, a graduate student in clinical psychology at Duke University.

Reuben and his colleagues published the results of a long-term study on the lingering effects of lead.

Researchers had kept in touch with about 560 people for decades — starting when they were born in Dunedin, New Zealand, in the 1970s, all the way up to the present.

As children, the study participants were tested on their cognitive abilities; researchers determined IQ scores based on tests of working memory, pattern recognition, verbal comprehension and ability to solve problems, among other skills.

When the kids were 11 years old, researchers tested their blood for lead. (That measurement is thought to be a rough indicator of lead exposure in the few months before the blood draw.)

Then, when they turned 38 years old, the cognitive ability of these study participants was tested again.

As Reuben and his colleagues write in this week's issue of JAMA, the journal of the American Medical Association, they found a subtle but worrisome pattern in the data.

As expected, the participants in the study who had low blood levels as children had an adult IQ that was as high as when they were kids.

However, Reuben says, children who experienced higher lead exposures "saw their intellectual abilities decline from their baseline starting point" as time wore on.

And, he adds, "people who saw that decline also experienced downward social mobility."

The children who'd had high lead exposure — defined at the time as more than 10 micrograms per deciliter of blood — were more likely than the other kids to go on to have jobs that required slightly less education and brought in a little less income compared to their parents' jobs.

In Reuben's study, every 5 microgram increase in lead concentration in the blood at age 11 corresponded to a drop in IQ of 1.6 points at age 38 — primarily because of a drop in scores on perceptual reasoning and working memory. (Today the health standards for lead are stricter; 5 micrograms per deciliter is considered high exposure, according to the Centers for Disease Control and Prevention, and no amount of lead is considered safe.)

The dips in IQ and in socioeconomic status were mild. But, Reuben says, "even small changes in IQ had some significant influence on the course that people's lives took."

There is one thin silver lining to the study, points out David Bellinger, a neuropsychologist and environmental epidemiologist with Boston Children's Hospital and Harvard Medical School and a longtime researcher of lead's effects: The findings lend credence to an estimate that, in the U.S. over the last 40 years, interventions to reduce lead exposure may have "raised the mean IQ in adults by as much as 4.5 points."

Still, Bellinger notes in an editorial accompanying the JAMA study that progress has not solved the problem.

There's no reason to think the findings in the New Zealand study wouldn't hold for an American population, too, he says — and they don't just apply to the generation now entering middle age.

Years after policies went into place in the U.S. limiting or eliminating lead in paint, plumbing and gasoline, there's still a lot of legacy lead hanging around, which kids can still ingest today.

"We will continue to have to deal with the impact of lead on children — and adults — until we address these legacy sources of lead that are still in our environment," Bellinger says.

And unlike in New Zealand, where lead exposure appears to have been an equal opportunity toxin — impacting all socioeconomic groups — in the U.S., children living in low-income areas tend to be most at risk.

"In Flint and other places we know now experiencing higher lead exposures than we would like, most of these kids are starting out already disadvantaged in life," Reuben says.

This study, he says, suggests that exposure to lead may be one more thing holding them back for decades to come.