Accessibility links
Paralyzed Man Controls His Arm With His Thoughts : Shots - Health News A spinal injury severed the connection between Bill Kochevar's brain and everything below his shoulders. But technology has given him a new way to control one arm and hand. 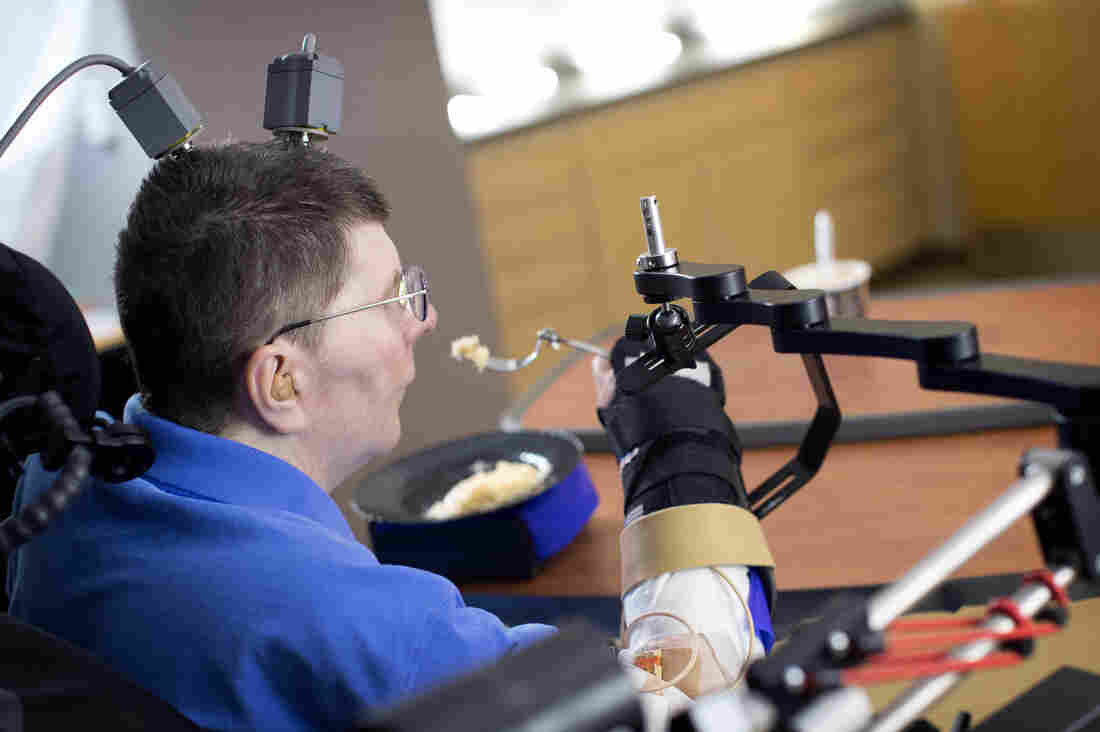 Bill Kochevar received an implanted brain-recording and muscle-stimulating system that allowed him to move limbs he hadn't been able to move in eight years. Cleveland FES Center hide caption 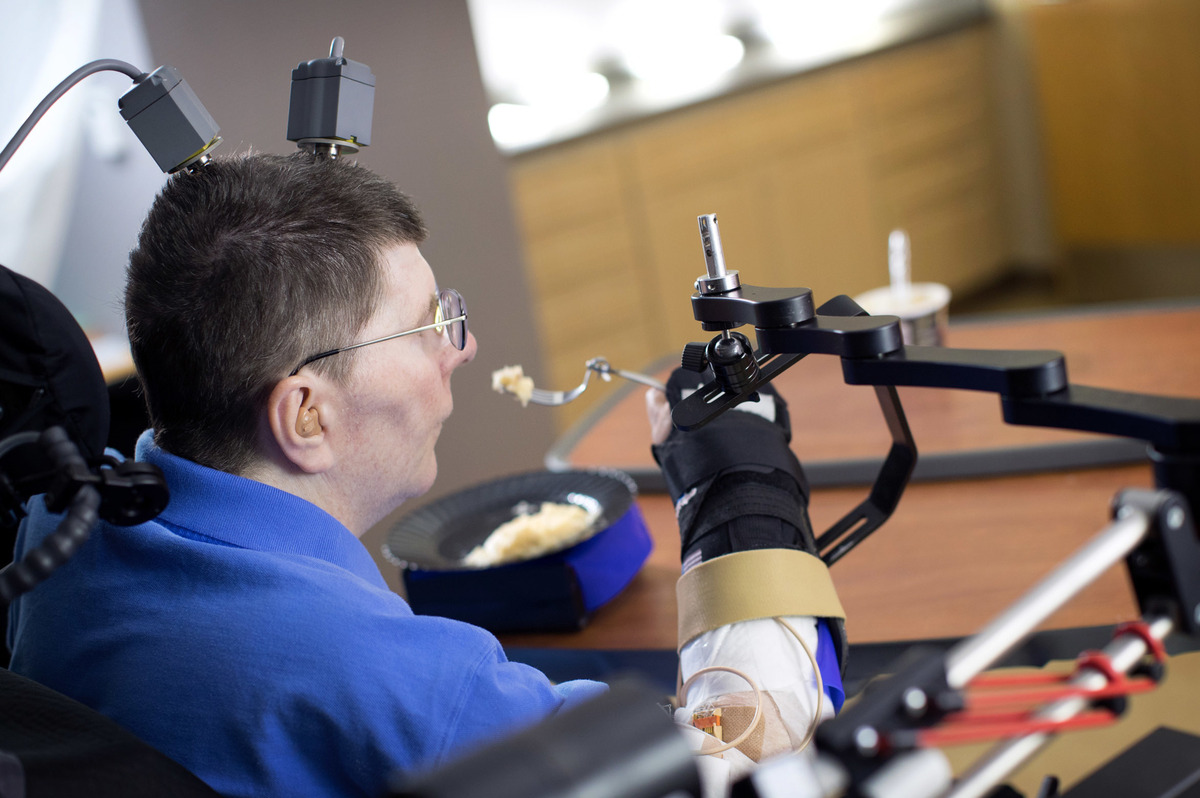 Bill Kochevar received an implanted brain-recording and muscle-stimulating system that allowed him to move limbs he hadn't been able to move in eight years.

A paralyzed man has regained the use of his arm and hand using a system that decodes his thoughts and controls his muscles.

"I thought about moving my arm and I could move it," says Bill Kochevar, 56. "I ate a pretzel, I drank water," he says in a video produced by Case Western Reserve University in Cleveland.

Kochevar was paralyzed in a bicycle accident when he was in his 40s. And for the next eight years, he was unable to move any part of his body below his shoulders.

The damage to his spine meant signals from his brain had no way to reach those distant muscles.

Then researchers offered Kochevar a chance to try an experimental system called BrainGate2. The effort to restore movement to his arm and hand is described in The Lancet. It involved Case Western, the Cleveland VA Medical Center and University Hospitals Cleveland Medical Center.

The idea was to create a new connection between Kochevar's brain and his right arm and hand.

First, surgeons implanted two electrode arrays in Kochevar's brain. The electrodes detect signals coming from areas of his brain that once controlled his right hand and arm.

"We have an algorithm that sort of transforms those neural signals into the movements he intended to make," says Robert Kirsch, a professor of biomedical engineering at Case Western.

But movement requires muscles. So doctors also implanted electrodes in muscles that control his arm and hand movements.

The final result was a system that could determine which movements Kochevar wanted to perform, then electrically stimulate the appropriate muscles in his arm.

When he's connected to the system, Kochevar can extend his arm and grasp things with his hand, the researchers report in The Lancet. He's even found a way to scratch his nose.

The system Kochevar uses has taken scientists more than a decade to develop. Yet it's still limited to research labs and depends on wires that penetrate the skull and skin, Kirsch says.

"I think what we've done, though, is shown that we can put this all together and it's feasible," Kirsch says. "We can actually record signals from his brain, determine what he's trying to do and make that happen."

For Kochevar, this is a big deal. "I'm still wowed every time I do something," he says. "Amazing."