Accessibility links
Some EpiPens Recalled In U.S. Over Concerns They Could Fail To Activate : Shots - Health News Mylan is recalling some EpiPens distributed between December 2015 and July 2016, saying a potentially defective part could make them fail to activate during a life-threatening allergic reaction.

Recall Of Some EpiPens Extends To U.S.

Recall Of Some EpiPens Extends To U.S. 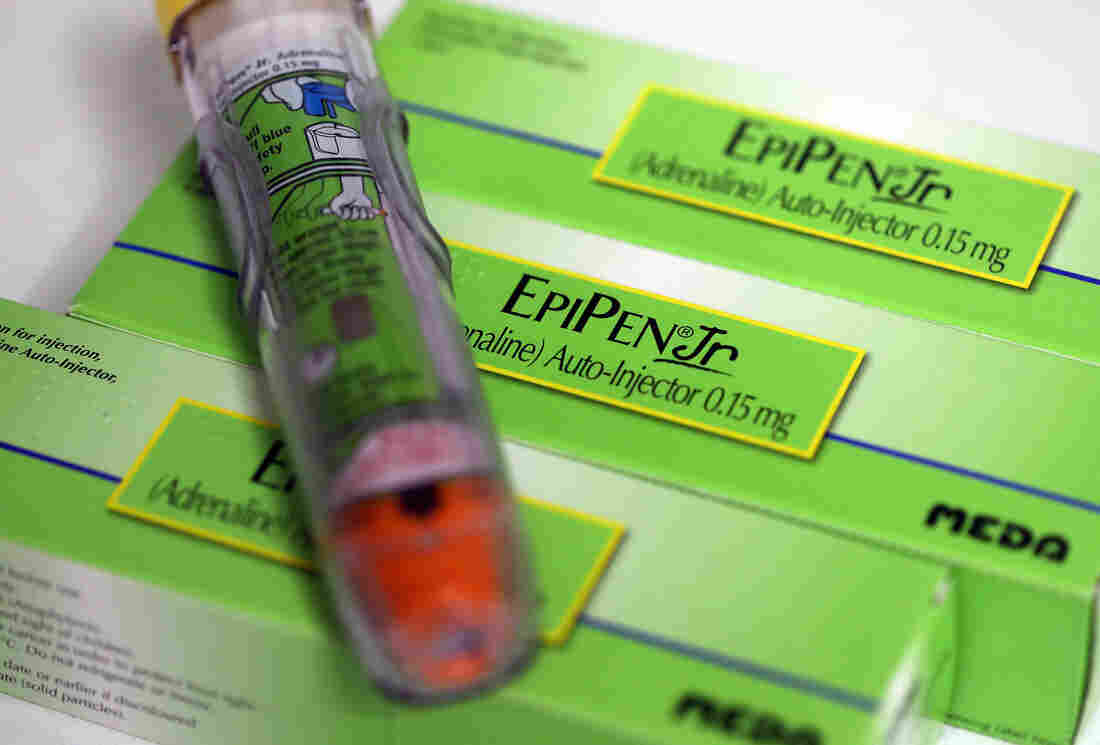 An EpiPen Jr. epinephrine auto-injector. Some EpiPens have been recalled from the U.S. market over concerns that they could fail to activate when people try to use them. Chris Ratcliffe/Bloomberg via Getty Images hide caption 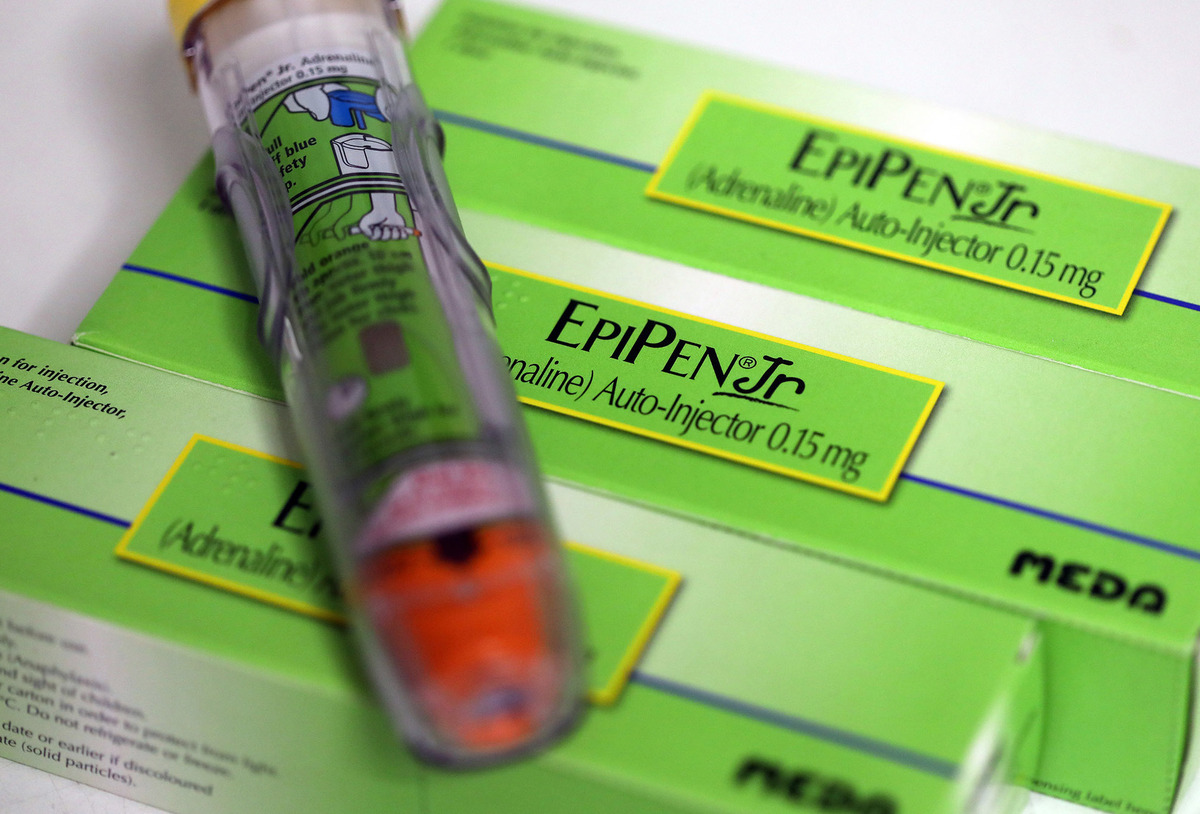 An EpiPen Jr. epinephrine auto-injector. Some EpiPens have been recalled from the U.S. market over concerns that they could fail to activate when people try to use them.

The pharmaceutical company Mylan NV announced a recall of some brand-name EpiPen and EpiPen Jr. auto-injectors on Friday.

The announcement followed a separate recall of about 80,000 EpiPens from the Australian market, which the company announced in March. Mylan did not immediately respond to a request for information about how many EpiPens are affected by the latest recall.

The company said in a press release that the recall affecting the U.S. was prompted by two cases outside the U.S. in which consumers had trouble activating their EpiPens due to a "potential defect in a supplier component." In those cases, the company said the EpiPen was difficult to activate or couldn't be activated at all, which could be bad news for someone experiencing a life-threatening allergic reaction.

Epinephrine auto-injectors are portable and easy to use, making them a must-have for anyone with a serious allergy, as we have reported. The EpiPens being recalled were distributed between December 2015 and July 2016.

The Food and Drug Administration released a statement on Friday saying that the recall is being driven by "the potential for life-threatening risk if a severe allergic reaction goes untreated."

Even if an EpiPen is included in the recall, the FDA is instructing consumers to keep and use the recalled auto-injectors until their replacements arrive, adding that "consumers should always seek emergency medical help right away after using their EpiPens, particularly if the device did not activate."

Mylan is directing consumers to their website to see if an EpiPen should be replaced, and for instructions on how to do so. Meridian Medical Technologies manufactures the EpiPen, which is distributed by Mylan.

The price of the EpiPen has increased nearly fivefold in the past ten years. EpiPens were available for $47 in 2007. As NPR's Alison Kodjak reported last year, the price shot up to $284 in 2016, and because the auto-injectors were only available in pairs, the cost to fill an EpiPen prescription at Walgreens was about $634 as of August 2016.

To address criticism of the price increase, last December Mylan introduced the generic EpiPen at $300, half the cost of the name-brand alternative. They have also offered coupons in the past to reduce out-of-pocket EpiPen costs. Generic EpiPens are not included in this recent recall.

According to the website GoodRX, the average retail price of a pair of EpiPens is now about $330.

Last year, the Centers for Medicare and Medicaid Services accused Mylan of misclassifying EpiPens and charging the government too much for Medicaid patients who used the auto-injector. The company settled for $465 million with the U.S. Justice Department along with other government agencies.

This isn't the first time an epinephrine auto-injector has been pulled from the shelves. In 2015, EpiPen competitor Auvi-Q was taken off the market after it was found to administer an unreliable dose of epinephrine.

Now, Auvi-Q is available again, and its maker, the privately-held drugmaker Kaleo Pharmaceuticals, says all commercially insured patients can pay nothing out of pocket for the auto-injector.