Accessibility links
Members Of Congress Get Their Insurance Via Obamacare : Shots - Health News Under the Affordable Care Act, most members of Congress and staff who want to buy health insurance must buy it on the exchange. That requirement is not affected by bills aimed at replacing the ACA.

What Happens To A Congressman's Health Insurance If Obamacare Goes Down?

What Happens To A Congressman's Health Insurance If Obamacare Goes Down? 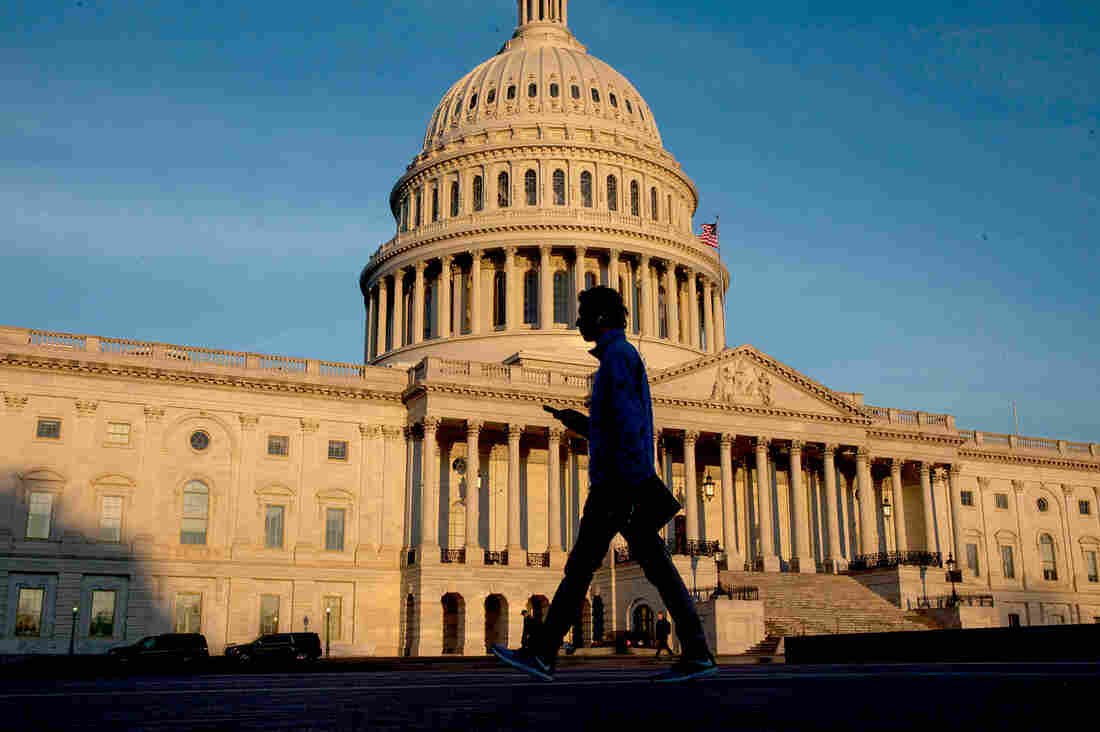 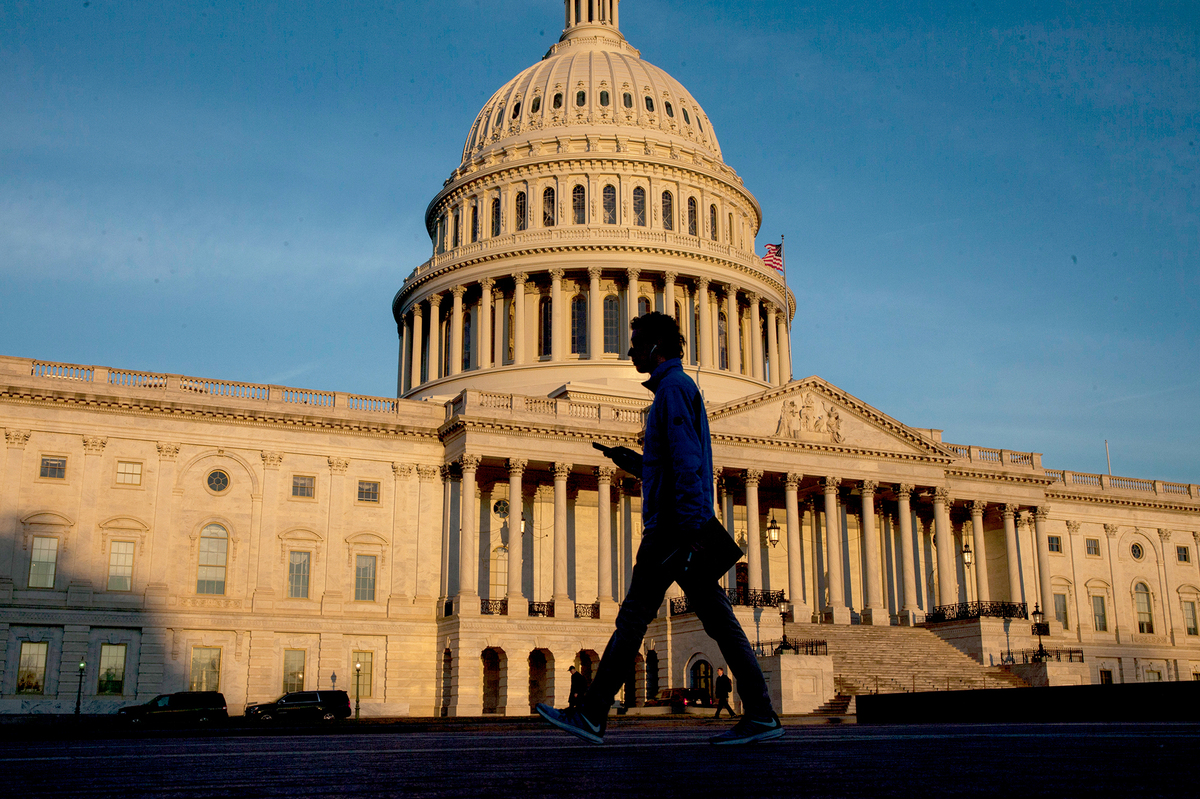 Members of Congress and their staffs seeking health insurance this year could choose from among 57 gold plans (from four insurers) sold on D.C.'s small business marketplace.

As members of Congress debate the future of the health law and its implications for consumers, how are they personally affected by the outcome? And how will the law that phases out the popular Medigap Plan F – popular supplemental Medicare insurance — affect beneficiaries? We've got answers to these and other recent questions from readers.

What type of insurance do our elected representatives in Washington, D.C., have? Is it true that they're insured on the ACA exchanges now and that any repeal and replacement will affect them too?

Under the Affordable Care Act, members of the U.S. House of Representatives, the Senate and their office staffs who want employer coverage generally have to buy it on the health insurance exchange. Before the ACA passed in 2010, they were eligible to be covered under the Federal Employees Health Benefits Program. (People working for congressional committees who are not on a member's office staff may still be covered under FEHBP.)

The members of Congress and their staffs choose from among 57 gold plans from four insurers sold on the DC Health Link's small business marketplace this year.

Approximately 11,000 are enrolled, according to Adam Hudson, a spokesperson for the exchange. The government pays about three-quarters of the cost of the premium, and workers pay the rest. They aren't eligible for federal tax credits that reduce the size of insurance premiums.

For some other members of Congress, declining exchange coverage was a political statement.

"There are several who, because of animus to Obamacare, rejected the offer of coverage, and either buy on their own or get it through a spouse," said Sabrina Corlette, a research professor at Georgetown University's Center on Health Insurance Reforms.

Proposed bills to replace the ACA don't affect this provision of the law, said Timothy Jost, a professor emeritus of law at Washington and Lee University School of Law in Lexington, Va., who has written widely on the regulation of health care and its reform.

I am told by our insurance broker that in 2020 Medicare is eliminating Medigap Plan F. Having to switch to a new plan may be difficult for many seniors whose health has deteriorated. Should seniors act early, if needed, to switch Medigap plans while they still have good health?

You needn't worry. As long as you continue to pay your Medigap Plan F premium you won't lose that coverage.

"This guy can hang onto his F plan forever," said Bonnie Burns, a training and policy specialist at California Health Advocates, a Medicare advocacy and education group."All Medigaps are guaranteed renewable as long as the premiums are paid," she said.

There are 10 standard Medigap plans, sold by a variety of private insurers, that pay for expenses that Medicare doesn't include. These supplemental plans are identified by letter from A through N. They cover – to varying degrees — beneficiaries' out-of-pocket Medicare costs, including deductibles and coinsurance. All the plans with the same letter offer the same basic benefit.

When seniors first enroll in Medicare, insurers must sell them a Medigap plan without taking their health into account. But if those who are eligible wait, or want to switch plans later, they can be turned down.

Medigap plans F and C cover all the Medicare costs that the program doesn't pay for, including the deductible for Medicare Part B (which covers outpatient care, such as doctor visits). Generally, that Part B deductible in 2017 is $183. Plans F and C are the only two Medigap plans that cover it.

As part of the 2015 Medicare Access and CHIP Reauthorization Act, Congress decided that, starting in 2020, newly eligible Medicare beneficiaries will no longer be allowed to buy plans that pay the deductibles for Medicare Part B.

"Congress decided that people should have more 'skin in the game,'" said Burns, referring to the idea that patients will make more prudent health care decisions if they're on the hook for at least part of the cost.

But the change doesn't affect anyone who is enrolled in those plans before 2020 or who will be eligible for Medicare by then even if they aren't yet using it.

And even though Plans C and F will no longer be available to new beneficiaries, Medigap plans D and G will be good substitutes. They provide similarly comprehensive coverage — except for the Part B deductible.

Can my spouse continue to cover me under her health insurance after we are divorced?

Once you're divorced, it's unlikely you'll be able to remain covered as a dependent on your ex-wife's plan, said J.D. Piro, who leads the health and law group at benefits consultant Aon Hewitt. A few states may allow it, and that could work in your favor if the plan is subject to state law. But many large employers pay their employees' claims directly rather than buy insurance, and they're generally not subject to state insurance rules.

However, you may be able to keep your ex-wife's coverage for up to three years under the federal law known as COBRA. That law applies to companies with 20 or more workers, and several states have similar laws that apply to smaller companies. The catch: You'll have to pay the insurance policy's full premium.