Accessibility links
Drug Treatment At Home Can Be More Effective And Cost Less Than Residential Rehab : Shots - Health News Treating addiction is expensive and patients often relapse. A new company is offering better results at a price that's lower in the long run — and clients get treatment right at home. 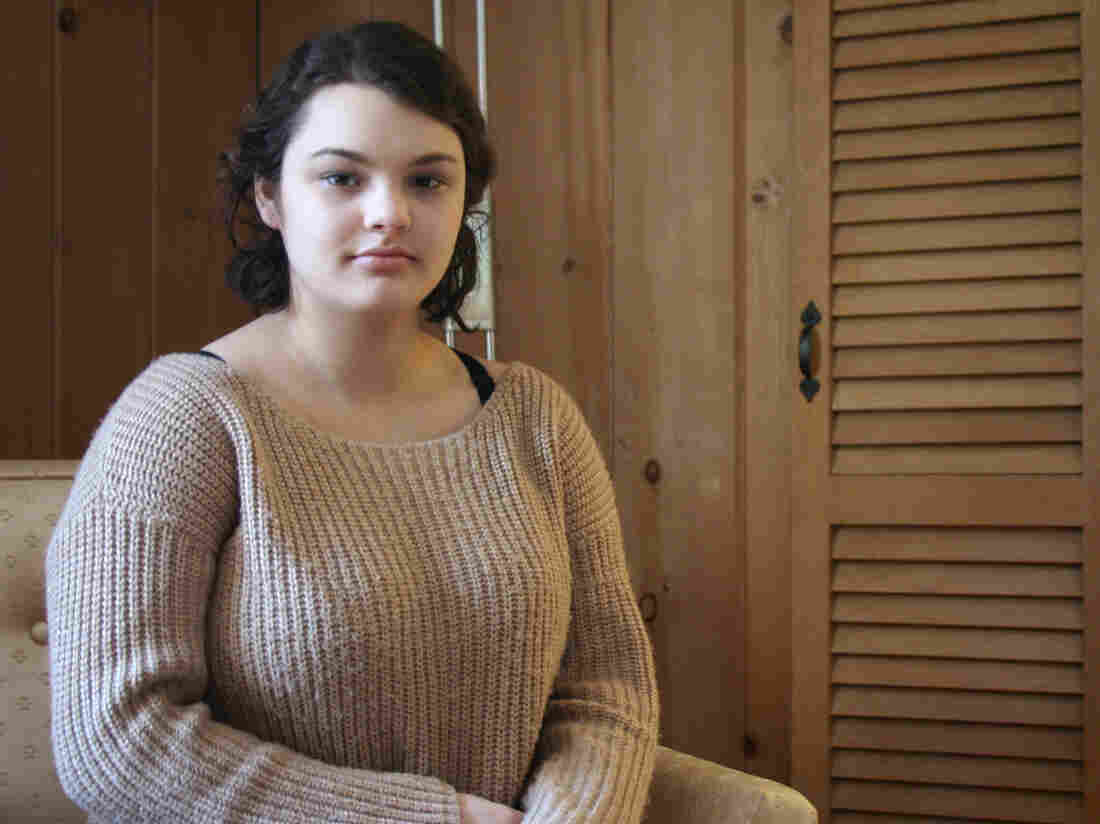 Hannah Berkowitz in her parents' home in West Hartford, Conn. Getting intensive in-home drug treatment is what ultimately helped her get back on track, she and her mom agree. Jack Rodolico/NHPR hide caption 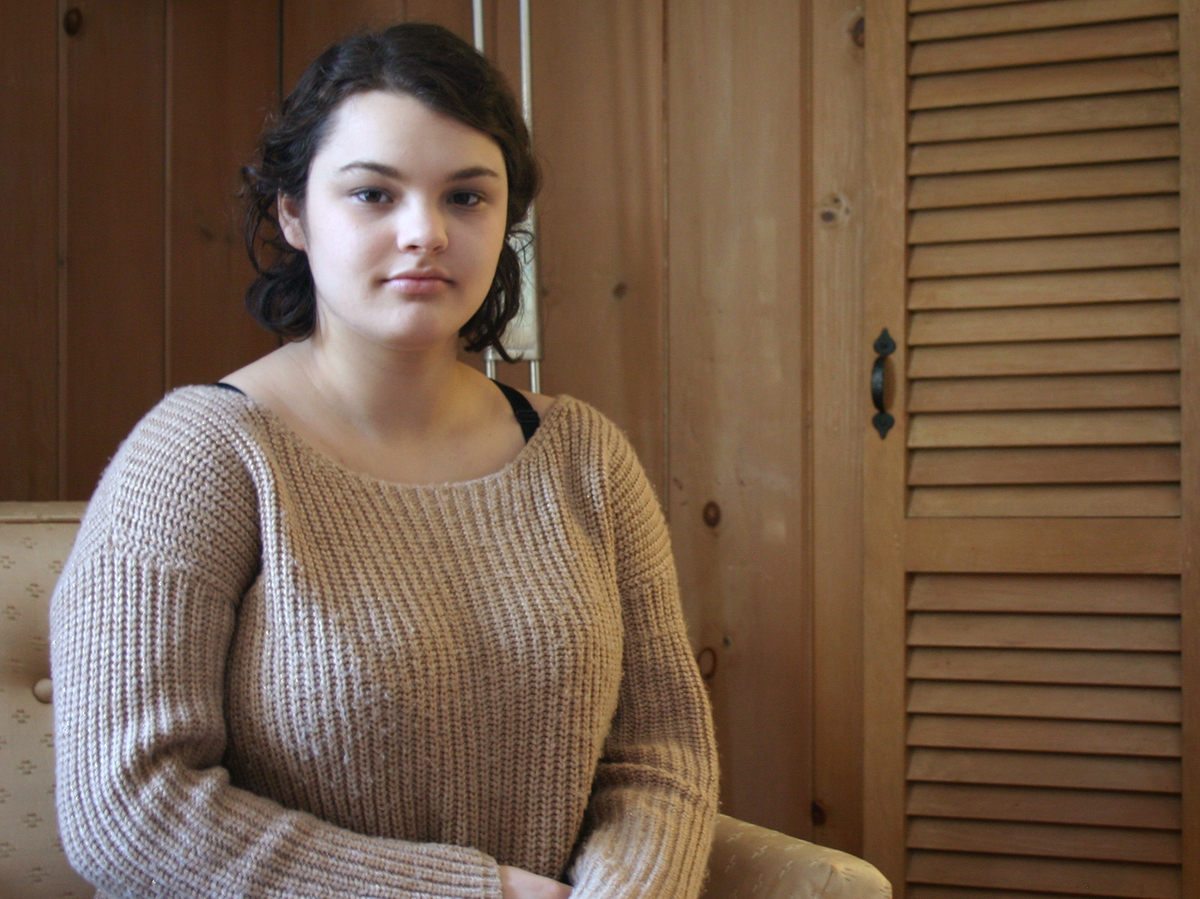 Hannah Berkowitz in her parents' home in West Hartford, Conn. Getting intensive in-home drug treatment is what ultimately helped her get back on track, she and her mom agree.

Hannah Berkowitz is 20 years old. When she was a senior in high school her life flew off the rails.

She was getting high on whatever drugs she could get her hands on. She was suicidal. Berkowitz moved into a therapeutic boarding school to get sober, but could only stay sober while she was on campus during the week.

"I'd come home and try to stay sober really hard — really, really hard," says Berkowitz. "Sometimes I'd make it through the weekend, and sometimes I just couldn't make it. It was white-knuckling it, just holding on."

The transition back home always triggered a relapse for Berkowitz.

"I thought it was just my fault and there was no hope," she says.

No hope — but Berkowitz did have luck. She had private health insurance and she lived in Connecticut, where a startup company, Aware Recovery Care, had begun treating clients in the very environment where Hannah was struggling to stay sober: her home.

Treating addiction is a growing business, but a lot of the treatment that's available is expensive and patients often relapse. Fortunately, there is a way to help some people pay less for better results, says Matt Eacott, vice president of Aware Recovery Care.

"Ninety-nine percent of the industry really treats addiction as an acute problem — like a rash on your arm that you rub lotion on and you're done," says Eacott.

Instead, Aware treats addiction as a chronic illness — it doesn't disappear just because symptoms are temporarily under control. The approach is a cost-effective way of treating addiction, Eacott says, with better results than most competitors achieve.

Aware comes into clients' homes and connects them with a nurse, a primary care doctor, a therapist, peer support, 12-step meetings and a case manager. Clients hooked on opioids can get medication-assisted treatment. They can also submit to urine screening and GPS tracking, if that helps them stick with the program.

Hannah's mother, Lois Berkowitz, says the program is intense at first. But as Hannah built coping skills the supports faded into the background.

"It's not like they're doing the work for the addict," says Lois Berkowitz, "they're just basically taking them by the hand and saying, 'Here are the places you need to go that will help you. And I'm going to go with you to start, so it doesn't feel that uncomfortable. And then we're going to let you fly.' "

Before they "fly," Aware clients have a pretty long runway. The treatment lasts for a full year.

Aware has now expanded from its base in Connecticut into New Hampshire. The program is expensive. It costs $38,000 a year. As of now, it's only available to private-pay clients and people insured through Anthem health insurance in New Hampshire and Connecticut.

"There are old, old notions that have hung pretty tough," says Korn. "When I was young — when I was in training — as soon as substance abuse was mentioned, the response of physicians was, 'Well, go to AA. That's not our problem. We don't treat that.' "

For a year of treatment, Anthem says it's paying Aware about the same as the cost of a month or two of inpatient treatment. Anthem also says 72 percent of Aware clients are either sober at the end of one year or still in active treatment.

That's about twice the sobriety rate of people who check in to a facility for a month and then get no follow-up care, says Dr. Stuart Gitlow, past president of the American Society of Addiction Medicine.

Treating addiction at home makes sense because it's the exact place where people learned all their bad habits, Gitlow says.

"It's all based on this concept that addiction is not about the substance use," he says, "but is about what led to the substance use in the first place. And you can't really get there without getting to know the patient."

Aware says it's in negotiations with four more major insurers. The program hopes to have a couple hundred clients in New Hampshire by the end of the year.