Accessibility links
Clues To Failing Memory Found In Brain Stimulation Study : Shots - Health News Research in epilepsy has found a key to why small pulses of electricity to the brain sometimes help and sometimes hurt a failing memory. Brains hurt by physical trauma or dementia might benefit, too. 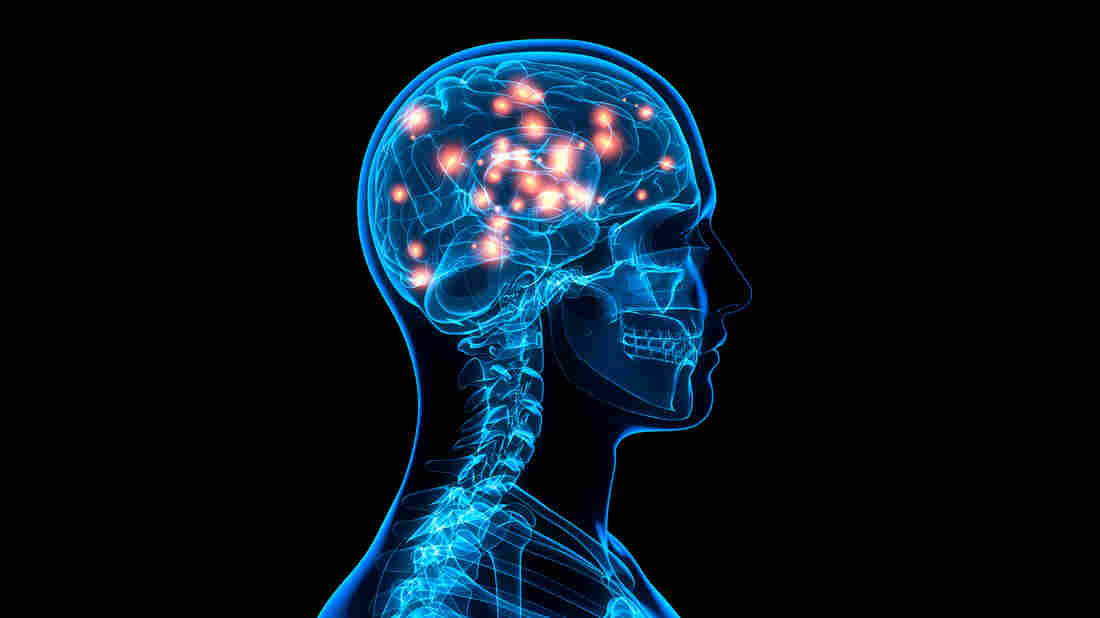 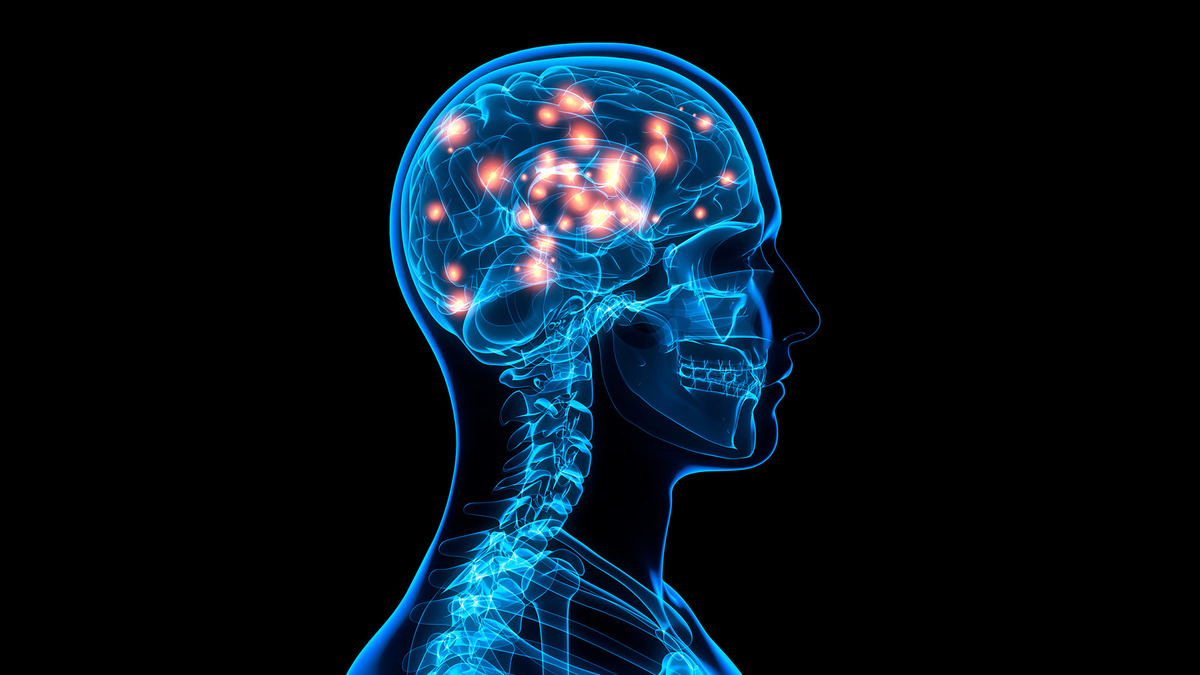 Small pulses of electricity to the brain have an effect on memory, new research shows.

People with a brain injury or dementia often struggle to remember simple things, like names or places. In research published Thursday in the journal Current Biology, scientists have shown it may be possible to improve this sort of memory using tiny pulses of electricity — if they're properly timed.

A typical person's ability to remember things tends to vary a lot, says Michael Kahana, who directs the computational memory lab at the University of Pennsylvania.

That's also true for people whose memory has been impaired — by a brain injury or disease. So Kahana wondered whether there might be some way to help these people perform at their peak level all the time.

Reviving Memory With An Electrical Current

"If they could just move their game up so that every day was their best day, then it would really significantly change their quality of life," Kahana says.

He and a team of researchers thought they might be able to do this by stimulating memory circuits in the brain. They tried the approach with a group of patients who had severe epilepsy.

These people already had electrodes temporarily implanted in their brains as part of their treatment. And that gave the scientists a way to deliver tiny pulses of electricity to areas deep in the brain.

"Not only were we not able to enhance memory," he says, "but we actually reliably and consistently impaired memory in those patients."

So the team began studying more epilepsy patients to figure out why. This time, though, they used the electrodes to monitor brain activity as the volunteers did memory tasks — and the scientists were able to identify electrical patterns that predicted whether a person was going to remember something or not.

Then, the team tried another stimulation experiment, and this one yielded a breakthrough.

In other words, on a bad memory day, stimulation helped. On a good day, it hurt.

When stimulation was delivered to the right place at the right time, the researchers found, it could improve memory performance among the patients by as much as 50 percent.

The research was funded by the Defense Advanced Research Projects Agency or DARPA. Several years ago, DARPA launched an ambitious effort to help the troops who were returning from Iraq and Afghanistan with memory problems caused by traumatic brain injuries.

Justin Sanchez, who is in charge of the program, says Kahana's work shows DARPA's investment is paying off.

"When I first heard about these results, my mind was absolutely blown," Sanchez says. "It's like the impossible happened."

A medical device based on this research could eventually do for an injured brain what a prosthetic limb does for an injured body, he says. There's a long research road ahead — brain stimulation still has way to go, before it can be proved useful as a memory aid. But it's a start.

"Over 270,000 military personnel are living with traumatic brain injuries and the options for them are very few," Sanchez says. Now we can offer them some hope for the future."

And if the approach pans out, it might help people with a wide range of memory problems, Kahana suggests.

"Traumatic brain injury is certainly high on our list," he says. "But we're also thinking very much about Alzheimer's disease and the other dementias that affect memory."