Accessibility links
Don't Give Kids Cough Syrup That Contains Codeine, FDA Says : Shots - Health News The agency expanded its warnings about prescription cough and pain medications that contain the narcotics codeine or tramadol, saying they can cause dangerously slow breathing in some kids. 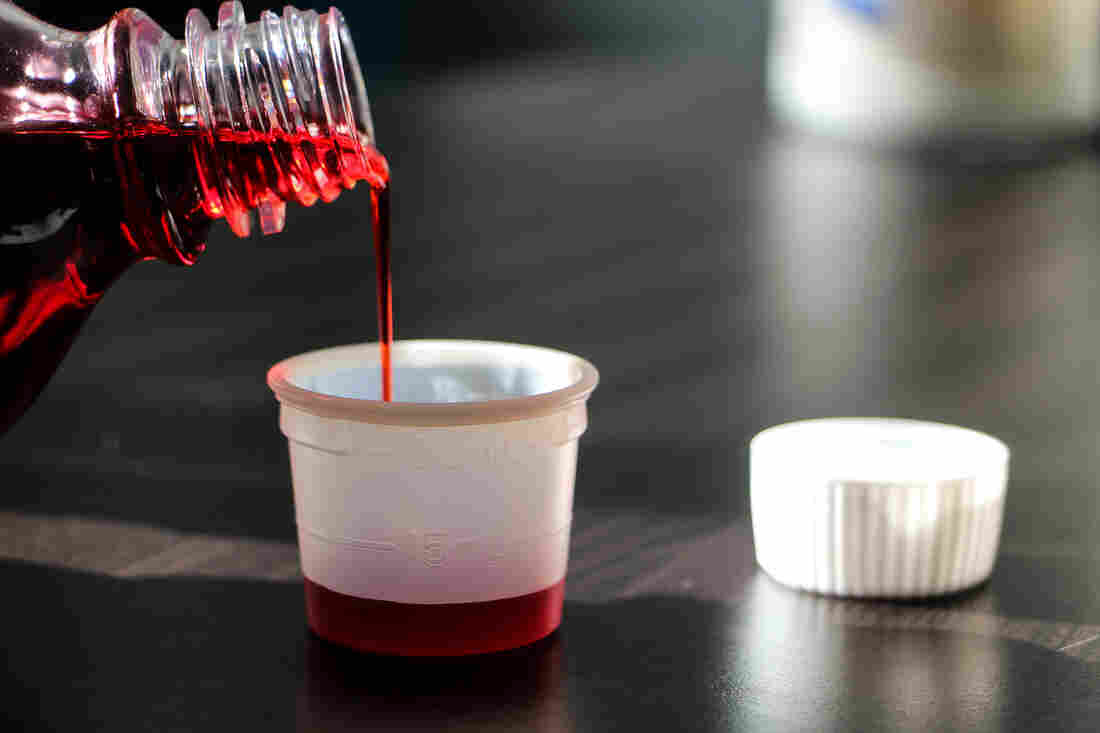 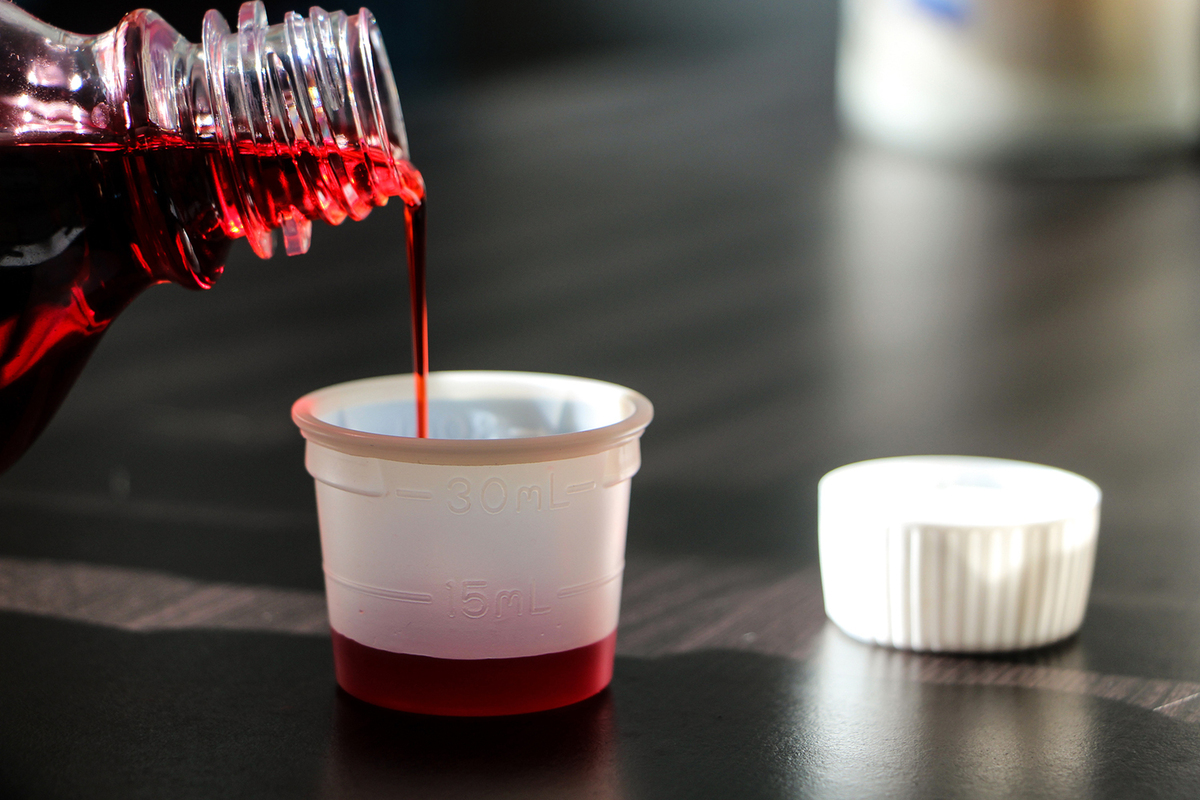 The FDA expanded its warnings about prescription cough and pain medications that contain the narcotics codeine or tramadol.

The Food and Drug Administration says children under 12 should not be given prescription medicines that contain codeine or another narcotic, tramadol, and that such drugs can also be dangerous to youth between 12 and 18.

On Thursday, the FDA said it will require that prescription drugs containing codeine or tramadol carry a warning on the label against using them in children under 12 or in women who are breast-feeding. The agency cited evidence that the drugs could cause dangerously slowed breathing in some children, which could lead to death.

Multiple prescription drugs contain codeine or tramadol. For example, the painkiller Tylenol 3 contains acetaminophen and codeine. Drugs containing codeine already carry a black-box warning against using it to treat pain in children who have their tonsils removed.

"This is something we've been watching for several years," says Douglas Throckmorton, the deputy director for regulatory programs at the FDA's Center for Drug Evaluation and Research. "They are powerful, effective medicines when used right [but] they can cause a lot of harm when they're not."

The agency also warned against using the drugs in young people between 12 and 18 who are obese or have breathing problems such as sleep apnea or lung disease.

The new warnings did not further restrict over-the-counter medicines that contain codeine, such as popular types of cough syrup and medication marketed for cold and flu symptoms. The FDA recommends that parents talk to a doctor before giving their children such drugs and notes that colds and coughs in kids "are generally mild and go away in a few days, so they may not need to take any medicine."

At the time, pharmacist Maria Pruchnicki, an associate professor at the Ohio State University College of Pharmacy, told NPR's Rob Stein, "My concern, were I to be prescribing codeine in children, would be that I would, frankly, kill them."

As Stein reported, the FDA is not required to follow the committee's 2015 advice, although the agency generally acts in line with advisory committee recommendations.

In this case, the agency did act on prescription drugs but did not act on the over-the-counter recommendation.

It was unclear why more than a year passed between the committee recommendations and their partial adoption by the agency. In a press briefing, Throckmorton said the agency had received "additional information."

Diana Zuckerman, president of the consumer group National Center for Health Research, called the move a "long-overdue step to protect our children":

"The science is clear, so why did it take almost 18 months since the FDA's public meeting on the exact same issue? FDA needs to do more to warn patients about the known risks of medical products as soon as data are available. A change in the label is important, but unfortunately many doctors and patients don't read these labels. We need a public education campaign to warn parents and nursing women about these risks."

In 2015, the FDA acknowledged that although tramadol is not approved for use in children, it is used off-label to treat pain in kids. In that warning, the agency noted that some people are what's known as ultra-rapid metabolizers of tramadol and codeine. Those people have a variant of a liver enzyme that breaks down the drugs more quickly, leading to a rapid and potentially dangerous spike in the level of active opioids in the bloodstream.

The drugs can make their way into breast milk in nursing mothers and potentially harm infants, the FDA warns. The proportion of people with the enzyme variant, which is genetic, is thought to be between 1 and 10 percent.

"Because we can't easily determine which children or nursing mothers specifically are at greater risk of ultra-rapid metabolism of codeine or tramadol, we are requiring manufacturers ... to make important labeling changes to protect those children who are at the greatest risk," explains Throckmorton.

As for future action on over-the-counter medicines that contain codeine, the American Academy of Pediatrics has made its position clear.

In a report published last year in the journal Pediatrics, members of the academy's committee on drugs wrote that although over-the-counter cough and cold medicines containing codeine were available in 28 states and Washington, D.C., "neither the value of suppressing cough nor the effectiveness of codeine in children with acute illnesses has been shown."

Regulators in Europe, Canada and Australia have all restricted the use of medicines containing codeine for children. According to the FDA's public label database, more than 100 medications containing codeine are approved for sale without a prescription in the U.S.

An earlier version of this story incorrectly said that the painkiller Percocet cotains codeine and Tylenol. It actually contains oxycodone and Tylenol, or acetaminophen.