Accessibility links
When Could Fatigue Mean a Medical Problem? : Shots - Health News Avoiding your phone and TV at night and setting a firm bedtime might solve your problem if you feel tired a lot. But fatigue can also be a sign of disease.

We're All Tired. But When Could Fatigue Mean a Medical Problem?

We're All Tired. But When Could Fatigue Mean a Medical Problem? 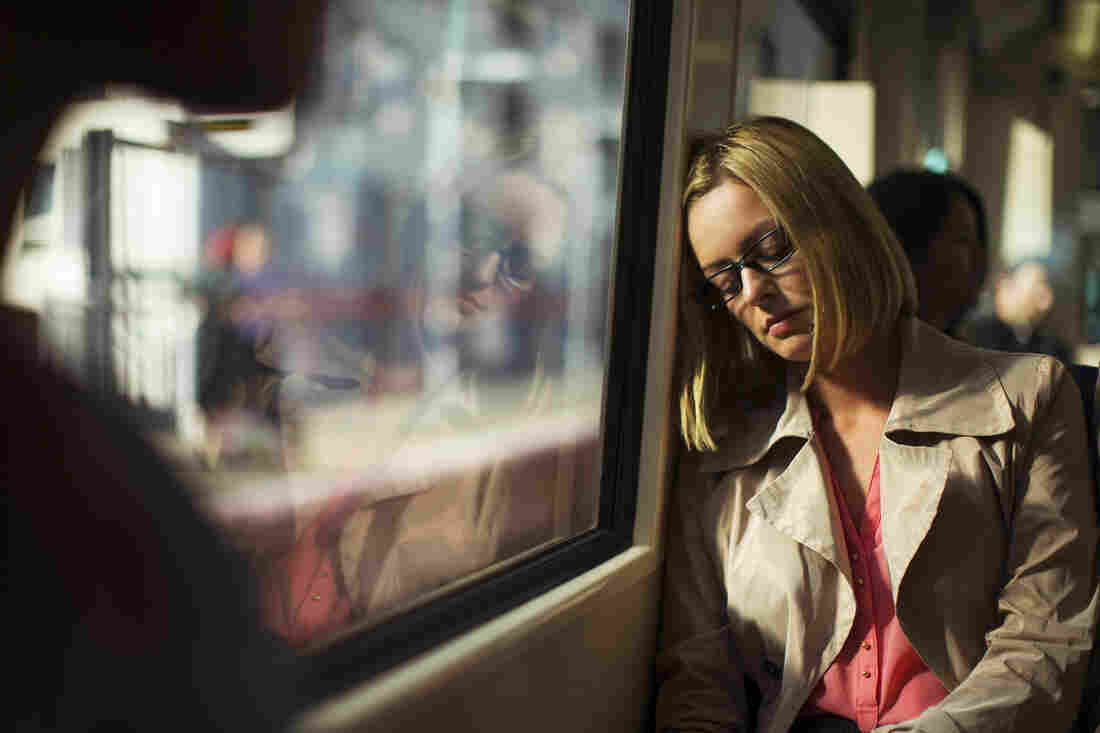 Before you consider medical reasons for feeling tired, make sure you're getting enough sleep each night. Paul Bradbury/Getty Images/Caiaimage hide caption 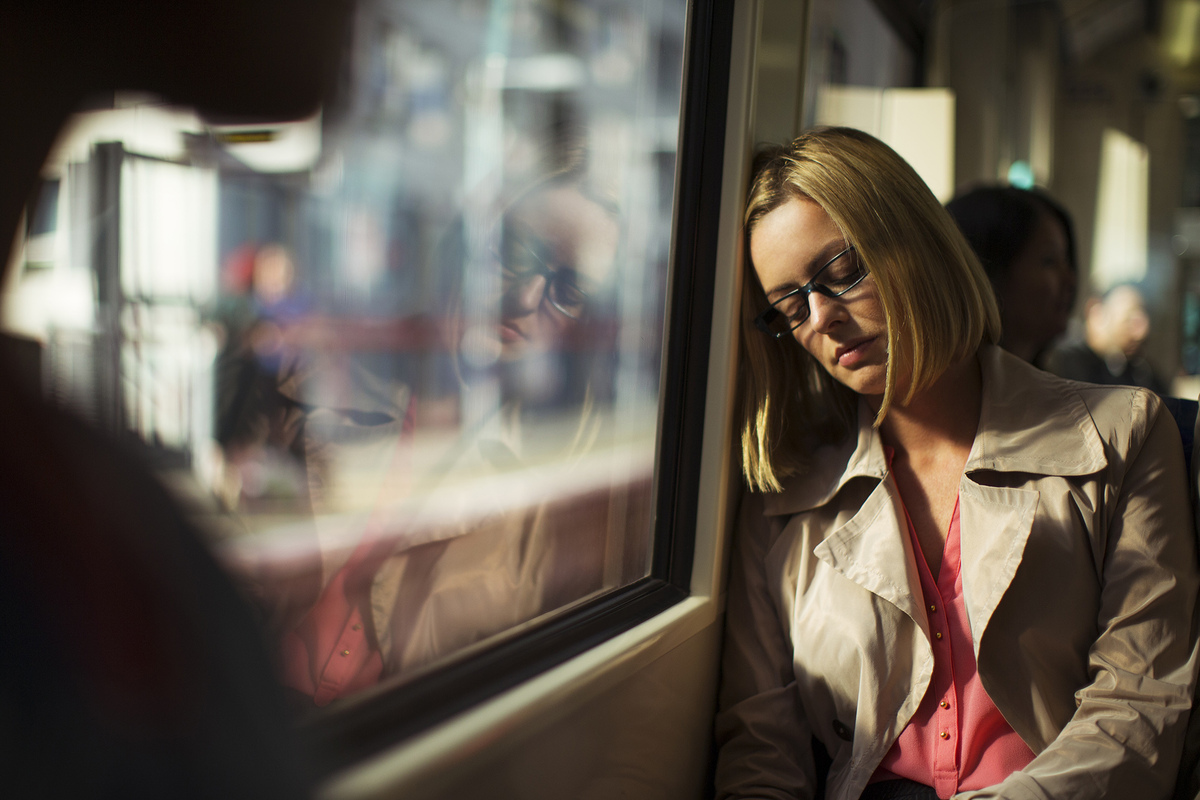 Before you consider medical reasons for feeling tired, make sure you're getting enough sleep each night.

When I ask friends how they're doing, "tired" is often part of the response. A 2015 YouGov.com poll found 38 percent of Americans were poorly rested at least four days of the week. Research from the U.S. Centers for Disease Control and Prevention from a few years earlier found that 15 percent of women and 10 percent of men said they were "very tired or exhausted" most days or every day of the week.

"It's very, very common," says Susan Hingle, chair of the board of regents for the American College of Physicians and an internist at Southern Illinois University School of Medicine.

If you're tired all the time, should you worry? It can be hard not to, since a Google search will show you that fatigue can be a symptom of a host of diseases, including serious ones.

Before you go there, consider the most obvious problem, especially if you're young and otherwise healthy: Maybe you're not sleeping enough. The CDC reported last year that one-third of Americans aren't getting seven or more hours of sleep per day. Some studies put that percentage even higher. If you are a woman with children, each kid increases the odds of insufficient sleep by 50 percent, according to a study presented at the recent meeting of the American Academy of Neurology. The study did not find the same result for men with kids.

It doesn't mean you should blow off your tiredness, but it does mean it might be helped by what sleep experts call "sleep hygiene." That means working backward from the time you need to wake up and setting a bedtime so you get sufficient sleep, then sticking to it. Limit daytime napping if you don't fall asleep until late at night. Cut out the caffeine and alcohol close to bedtime. Exercise regularly. And keep screens — televisions, smartphones and tablets — out of the bedroom if possible, and stop using them an hour or two before bedtime. The light they emit and the stimulation they provide may contribute to sleep problems.

If it doesn't seem to just be a matter of getting an hour or so more of sleep, talk to your doctor. There is a wide range of medical conditions associated with feeling tired all the time, some more serious than others.

"We try to get [people] to define what they mean by 'tired,' " says Hingle. For example, are you sleepy during the day? Or has your ability to get around and exercise without becoming exhausted or out of breath changed? John Meigs Jr., a family physician in Centreville, Ala., and president of the American Academy of Family Physicians, says he has a patient who reported a decline in his stamina for turkey hunting from last season to this one. "He couldn't walk," he says. "That's a pretty big change in a year." That kind of exhaustion is a common sign of heart disease, he says, so it's important to get it checked out.

Other potentially serious ailments include sleep apnea, which can cause people to feel tired all the time even if they're getting the recommended number of sleep hours per day, says Hingle. In addition to not feeling rested despite sufficient sleep, symptoms include snoring or gasping for air at night. Sleep apnea can increase the risk of heart disease and needs to be taken seriously, so bring it up with your doctor. According to the American College of Physicians, treatments for sleep apnea can include weight loss, if appropriate, or a CPAP device.

One condition many people have heard of is chronic fatigue syndrome, which is a serious disease that leads to more than everyday tiredness. According to the latest definition, it includes profound fatigue that lasts for at least six months, cognitive impairment and total exhaustion after even minor exertion. Those symptoms require medical attention. The Institute of Medicine estimates between 836,000 and 2.5 million Americans suffer from the disease.

Some people may be tired because they're anemic from losing blood, says Hingle. That might happen in women who have heavy menstrual periods, which can occur around menopause. A physician may advise you to take iron supplements, but you should be checked out to rule out any other causes of anemia. Colon cancer can also produce blood loss in the stool that leads to anemia, so for some people the resulting tiredness can be an early indication that they need to be tested for the disease.

There is no medical evidence supporting a diagnosis of "adrenal fatigue," a term that has been used to describe a group of symptoms including tiredness, according to the Endocrine Society.

Type 2 diabetes can also produce fatigue, though it would be unusual for that to be the only symptom, says Hingle. (You'd very likely also be peeing a lot and thirsty all the time.) Same with hypothyroidism; it may make you tired, but you'd also probably notice changes in your skin and hair, as well as constipation, she says. Fatigue is also linked to depression and anxiety, so if you're experiencing signs of those, or have noticed your sleepiness comes on the heels of stressful life events, talk to a physician, says Meigs.