Accessibility links
Stradivarius Violins Do Not Project Their Sound Better, Study Finds : Shots - Health News Old Italian violins like those made by Stradivari are famous for their ability to project their sound. But a study found people in a blind test thought new violins projected better than old ones. 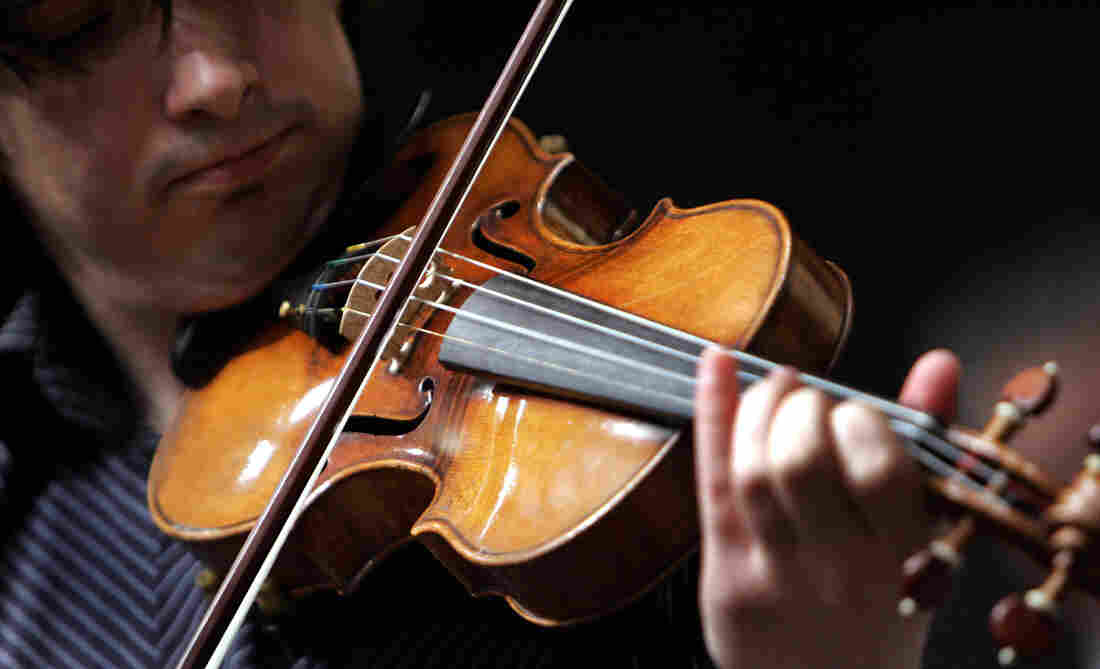 Violinist Adrian Pintea, from The Julliard School, plays a 1729 Stradivari known as the "Solomon, Ex-Lambert" in 2007 at Christie's in New York. Don Emmert/AFP/Getty Images hide caption 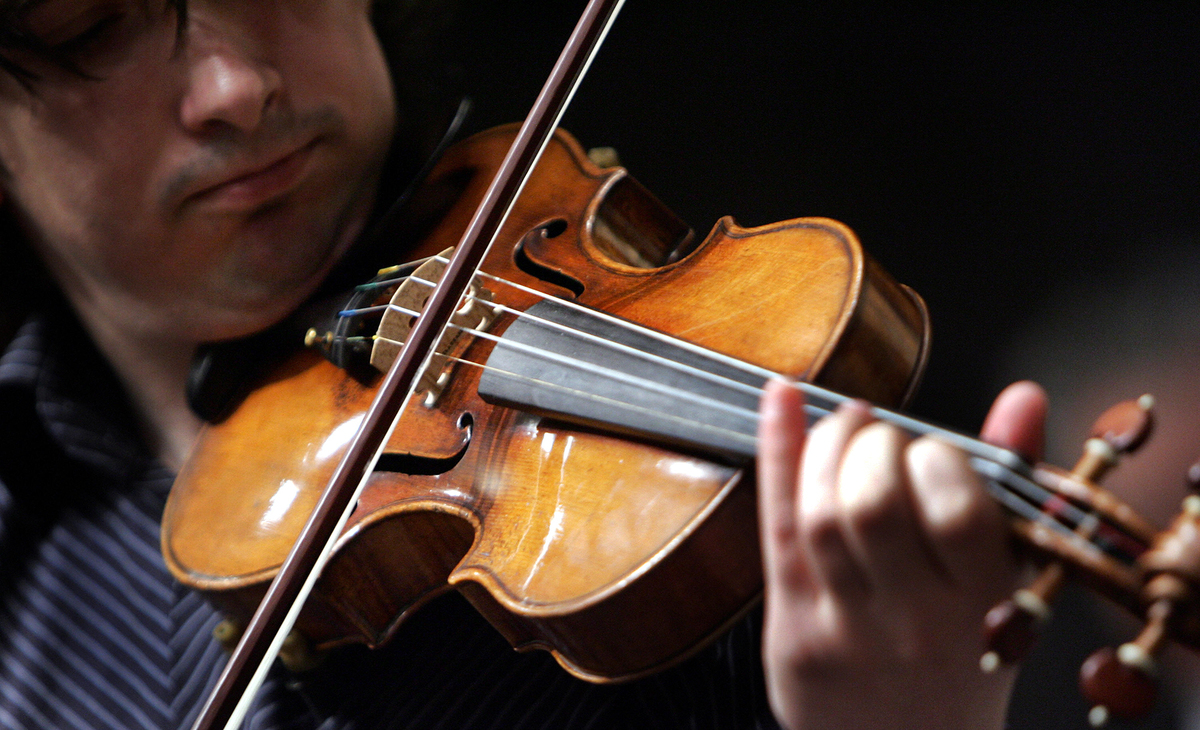 Violinist Adrian Pintea, from The Julliard School, plays a 1729 Stradivari known as the "Solomon, Ex-Lambert" in 2007 at Christie's in New York.

Since the early 20th century, musicians and instrument experts have been trying to figure out what, if anything, makes the violins he made sound better.

Dedicated NPR listeners and violin enthusiasts may remember a few years ago when a team led by the French acoustics researcher Claudia Fritz published a study showing that blindfolded professional violinists could not tell the difference between a so-called Old Italian violin (they tested instruments made by both Stradivari and Guarneri) and a new violin.

At the time, it was a bombshell.

Of the 17 players, seven said they couldn't tell which were which and seven got it wrong. Only three got it right.

"In terms of physics, we haven't found any differences, basically, between new and old Italian violins," she explains.

On Monday, Fritz and a team published a follow-up study. This time, they focused on how audience members experience the differences between old and new instruments.

In particular, they were looking into the widely held belief that violins made by Stradivari have a paradoxical ability to project their sound while still seeming relatively quiet to the ear of the person playing them.

In one experiment, they had 55 people listen to six violins — three by Stradivari and three by new makers — in a small concert hall outside Paris and fill out a questionnaire about which they felt projected better.

Fritz, an associate professor at Pierre and Marie Curie University in Paris, described the Paris audience as "people with an expert ear," including professional musicians, instrument makers and others. They listened to the violins with and without an orchestra accompanying.

"Everybody knows about this claimed superiority, so everybody was quite enthusiastic about taking part," she says.

In a second experiment in New York City, 82 people listened to the same six violins playing unaccompanied. That audience was made up of a mix of experts and non-experts.

Fritz and her team made recordings of the experiments. Here are four clips: two each on a Stradivarius violin and a new violin.

In both the Paris and the New York experiments, the study found that people thought the new violins projected their sound better. That was true when the violin was played alone or when it was accompanied by an orchestra.

They also found that the sounds of the new violins were generally preferred overall.

"We haven't found any evidence that a quiet violin can be projecting in the hall," says Fritz, although she cautions that the study only included six instruments, and can't necessarily be extrapolated to all violins.

She also says that how an instrument projects may have something to do with the person playing it, but this study doesn't fully test that possibility (the effect of the player is entangled with the choice of which music excerpts are being played). Plus, such an experiment would have required each listener to listen to nine pairs of violins twice, explains Fritz. Comparing 36 repetitions of the same piece, they decided, would be too difficult.

Which is the Strad?

Here are two violins playing the same excerpt with an orchestra. Can you tell which is the new violin?

The study was published Monday in the Proceedings of the National Academy of Sciences. Full disclosure, one of Fritz's co-authors, Joseph Curtin, owns a company that builds violins and violas.

Fritz says she doubts her work will depress the market value of violins built by Stradivari, which can sell at auction for millions of dollars. In 2006, an instrument nicknamed "The Hammer" sold for $3.54 million.

But Fritz thinks there's more to their value than their sound.

"It's a piece of art. I mean, they are beautiful. We can't deny that," she says. For example, she says, "famous people want to pay full price for a Picasso rather than the copy, even if nobody will make the difference by eye. [It's] the same for instruments."

Fritz says the modern violin makers she has spoken to about her past work have told her they find it liberating to learn that Stradivari's instruments are not objectively better by every measure.

"In general, [violin] makers — especially young makers — are delighted," says Fritz. "And old makers as well, because old [violin] makers, they feel like they are liberated, that's what they told me ... because they feel less pressure to copy Strad."

She hopes her work will help young musicians decide how to choose what instrument to seek out for performances and competitions. "As long as people are aware that they don't need to pay that amount to have something that works well, then it's fine."

And, finally, the identities of the mystery violins in the clips above. Violin 1 is the Stradivarius.

Editor's Note: This story was updated on May 10 to include additional information provided by Dr. Claudia Fritz about the experimental setup.

Episode 538: Is A Stradivarius Just A Violin?