Accessibility links
Trump Plan To End Insurance Subsidies Could Lower Costs For Consumers : Shots - Health News It's a weird twist: If the government refuses to reimburse insurance companies for cost-sharing subsidies, it could make health insurance a lot cheaper for people buying on the exchanges in 2018. 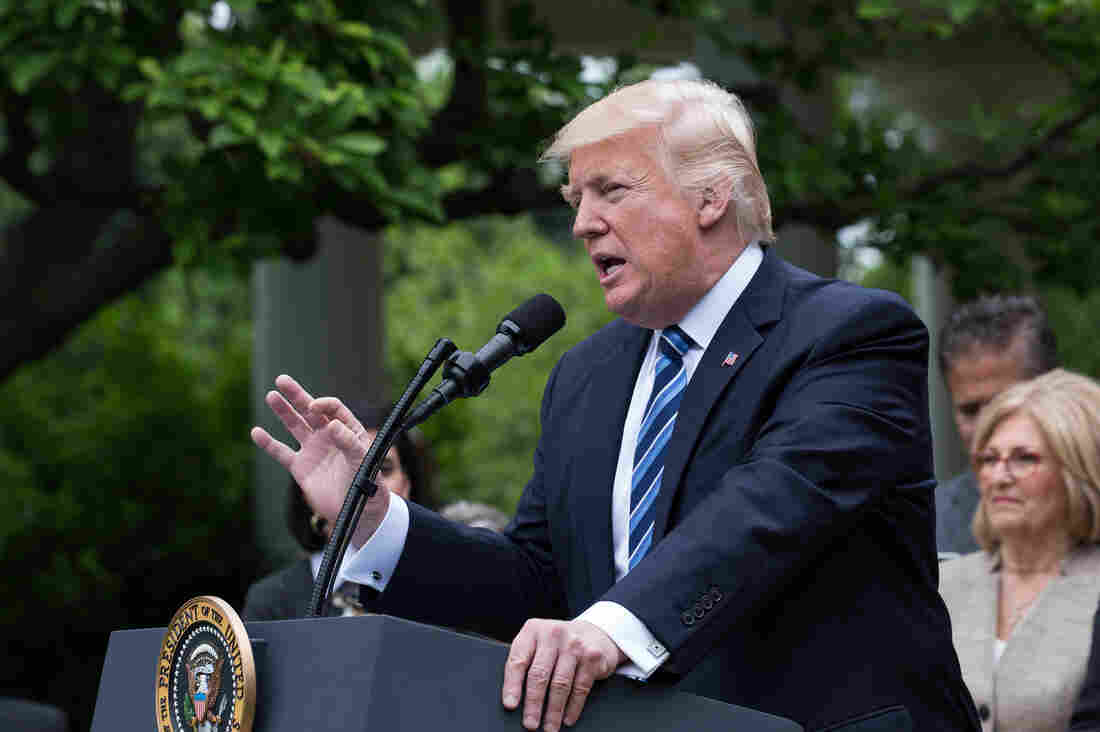 President Trump celebrated House passage of legislation to roll back the Affordable Care Act in the Rose Garden of the White House on May 4. NurPhoto via Getty Images hide caption 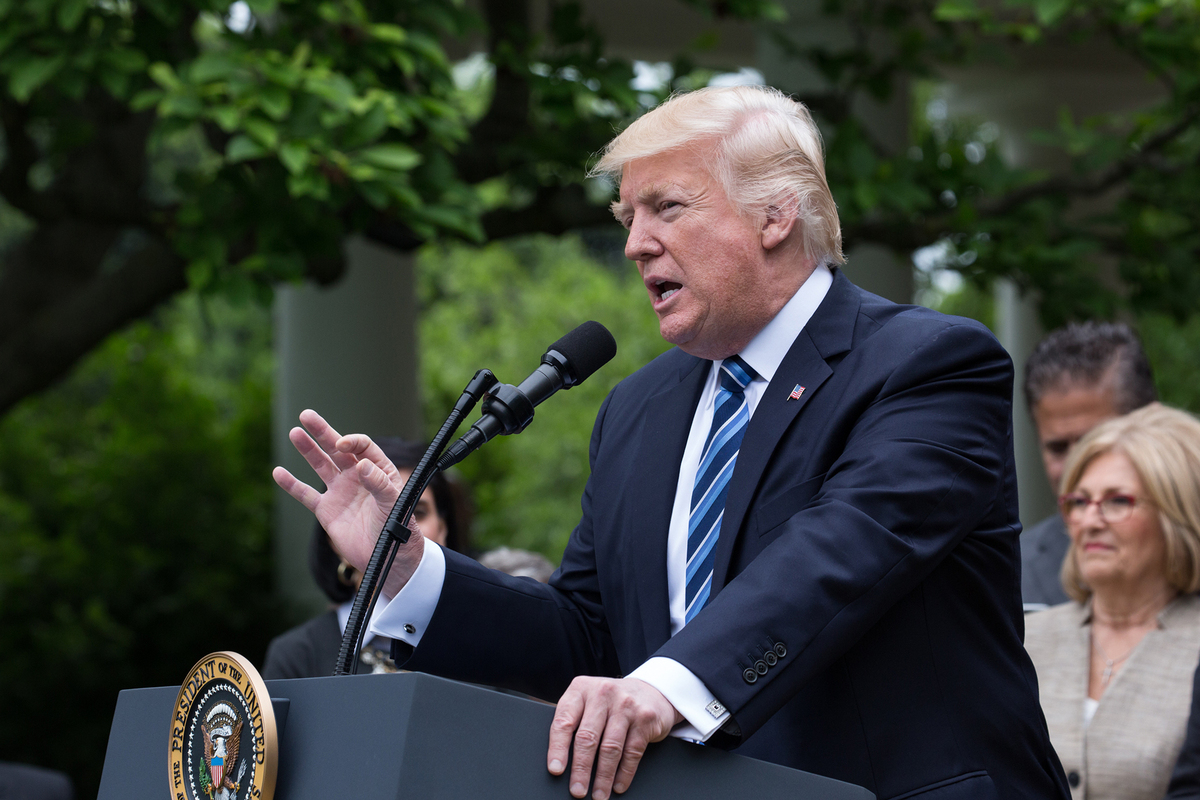 President Trump celebrated House passage of legislation to roll back the Affordable Care Act in the Rose Garden of the White House on May 4.

President Trump has been saying in recent weeks that the Affordable Care act, or Obamacare, is "dead."

That plan, however, may just end up bringing more people into the Affordable Care Act insurance markets.

An analysis by the consulting firm Oliver Wyman shows that if the government stops paying for the subsidies that the lowest-income customers get on the Affordable Care Act exchanges, the government would instead have to provide larger tax credits to more people.

The result? Many more people could end up finding they can get insurance policies at little to no cost at all. And that "might also encourage some subsidy-eligible people who have not previously purchased plans to enroll," the report concludes.

"People can take that higher subsidy and buy any plan on the exchange that they want," said Dianna Welch, the Oliver Wyman actuary who co-wrote the report.

To understand to how this could happen requires getting deep into some of the wonky details of how the Affordable Care Act works.

The exchanges require insurance policies to conform to one of four "metal" levels – bronze, silver, gold or platinum. Those levels coincide with how much an individual is expected to pay, so a bronze plan covers about 60 percent of a customer's health care costs, with relatively low monthly premiums, while a platinum plan will cost more each month but pay 90 percent of total health costs.

The law provides income-based tax credits to people to buy insurance, and those credits are calculated based on the price of silver plans. Last year about 85 percent of people who bought Obamacare insurance got a credit, according to the Center for Medicare and Medicaid Services.

People with the lowest incomes get even more government help in the form of discounts off deductibles and co-payments – known as "cost-sharing subsidies." Insurance companies are required by law to grant the discounts and the government pays them back.

Those are the payments that Trump – who on Twitter referred to them as a way to "bail out insurance companies from disastrous #ObamaCare" — now says he may not pay.

It's that threat that could lead eventually to cheaper insurance for many people.

That's because the government only pays cost-sharing subsidies on silver level plans. So if the Trump administration decides not to make those payments, insurance companies are likely to raise rates about 19 percent on those policies to make up the lost money, according to an analysis the Kaiser Family Foundation.

"Increasing just silver premiums would be the rational thing for insurers to do," says Larry Levitt, senior vice president at Kaiser. "The cost-sharing reductions are only available in silver plans, so there's no reason to affect premiums in other plans."

Ending the cost sharing payments could also cost the government as much as $2.3 billion in 2018, according to Kaiser, because the government would need to offset those premium increases.

And that's where the good news for some consumers could come in.

Remember that the government bases its subsidies on the cost of a silver plan. So if silver policy premiums rise 19 percent, subsidies also rise.

That gives all those people who qualify for government help a bigger government check to use toward their premiums.

They could buy a more expensive silver plan. But they could also take that money and buy a cheaper bronze policy.

But people who don't get government help buying insurance would suffer, because their costs would likely rise.

Oliver Wyman's analysis shows, for example, that in Phoenix, people age 40 with incomes up 250 percent of the federal poverty level could get a bronze plan for free. And in Detroit, consumers could get a gold-level policy, with more generous benefits, for just $3 more than a silver plan because of the bigger subsidies.

Welch says this could lead low-income people who didn't think they could afford insurance last year to perhaps buy in 2018.

"Now you can get a bronze plan for free. If someone says 'Would you like to buy it for free?' They may say yes," she says.