Accessibility links
Coping With Pre-Existing Conditions On Campus : Shots - Health News A law student was touched when she had a seizure during a big exam and classmates dropped everything to help. But if you really want to help sick people, she says, "you'll sign up for health care."

From A Millennial To Her Peers: Want to Help The Underserved? Sign Up For Insurance

From A Millennial To Her Peers: Want to Help The Underserved? Sign Up For Insurance 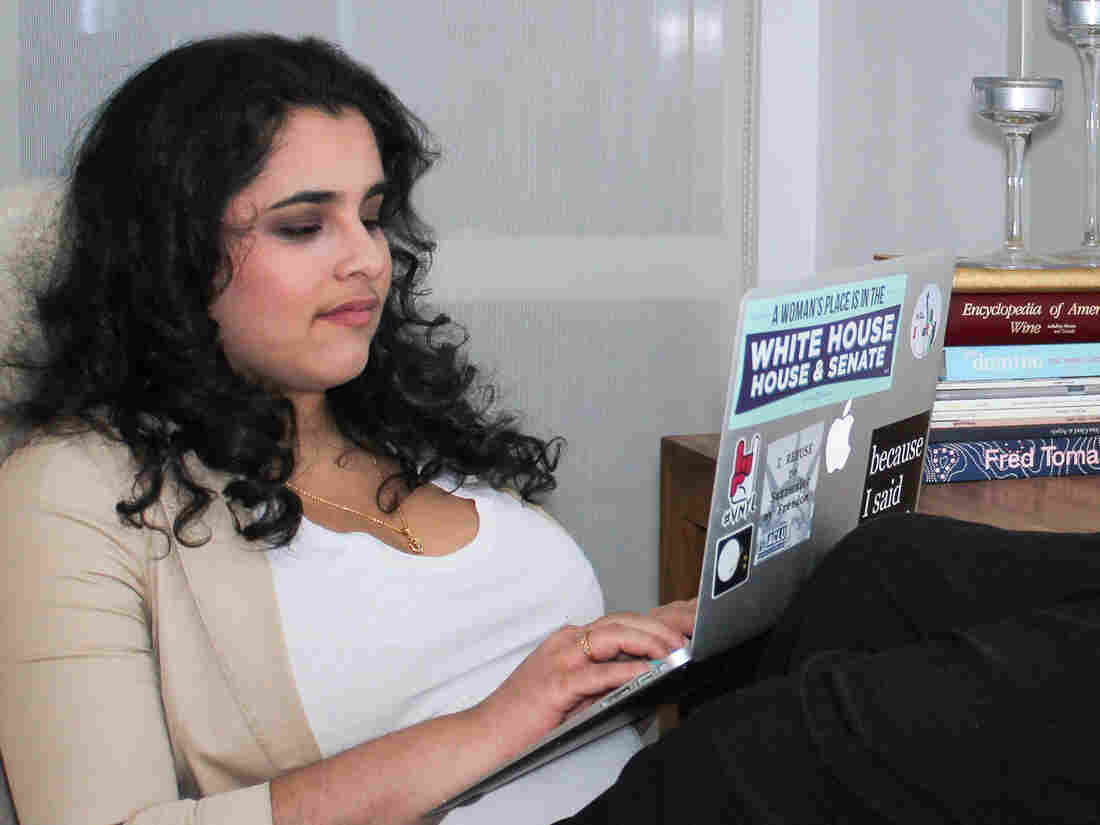 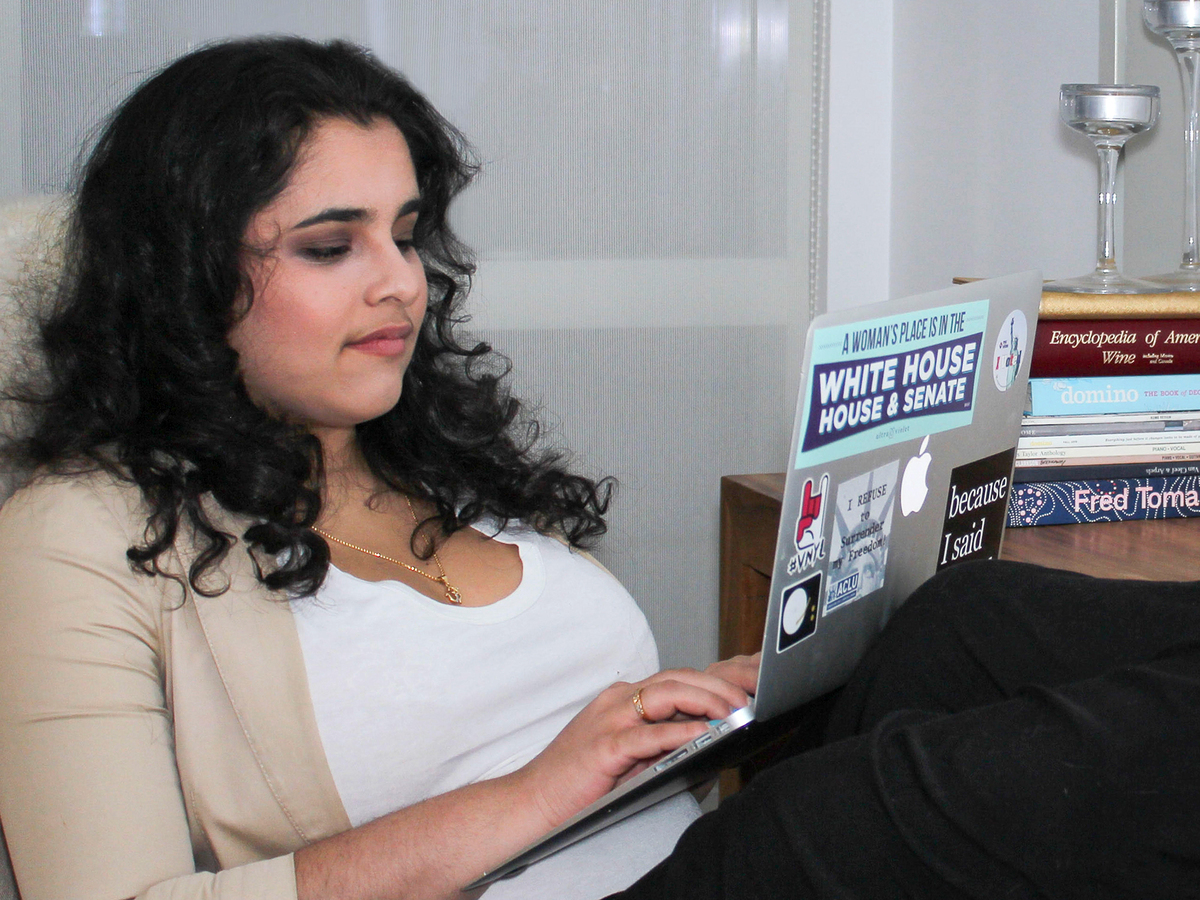 Tapping into millennials' compassion and activism might be the best way to motivate them to buy health coverage, says Aditi Juneja, a New York University law student.

In the spring of my first-year of law school, while taking an exam, I had a grand mal seizure — the type of seizures people see in the movies with spasms on the floor. My memory is fuzzy from that time. I remember a few of my classmates offering me water afterward. I was told that many stopped taking the exam to make sure that I didn't injure myself while having a seizure, sitting in my chair.

It was a remarkable showing of solidarity, kindness and collegiality. Keep in mind that these were students in their first year of law school at New York University. They'd been told that their grades would determine whether they'd be selected for prestigious internships and jobs. In that moment, my classmates didn't know whether there would be adjustments to the way the exam was graded, or if they'd be penalized for showing up for me. And yet, they decided to help anyway.

I was grateful at the time. Looking back on it now, though, I wish I could tell them, "If you really want to help sick people like me, you'll sign up for health insurance."

I want my peers to realize that what keeps health care affordable for people like me is for those with fewer medical needs to sign up for insurance. Health insurance functions kind of like splitting a cab ride — the more people in the pool, the less it costs any one person.

"Rather than trying to sell us on the affordability of enrollment, or relying on humor, or reminding us that we are not invincible, President Obama could have relied on the compassion we exhibit one-on-one in supporting each other."

I have epilepsy, and that makes me one of roughly 117 million people in the U.S. with a chronic health condition – it's a "pre-existing condition" in the language of insurance companies.

My first memories of having seizures are from when I was 10 years old. I was doing my math homework and kept losing my place. I did the same calculations over and over again as if my brain was hitting a reset button.

Now, at 26, I have been seizure-free for 18 months with the assistance of a combination of medications that I take three times a day. I have tried to come off of medications in the past but have always ended up having another seizure. Right now, it looks as though I will have to take medicine every day for the rest of my life.

Fortunately, I am among the two-thirds of people with epilepsy who can control their seizures with medicine. But without insurance coverage, the drugs that allow me to function at my full capacity would cost me hundreds of dollars a month out of pocket. I would end up having to make hard choices between food, rent and medicine.

My focus in law school is criminal law. However, this past November, after the election of President Trump and his promise to repeal and replace Obamacare with something "better," I quickly had to become an expert on health care policy. Because of my seizure disorder, my ability to function in school and in society depends on access to health care — and health insurance.

Even with Obamacare's individual mandate to buy insurance, many people my age have chosen to go without health coverage.

That's a gamble — young, healthy people sometimes get cancer, too, or can be hit by a car and need expensive medical care. Still, if the Republicans' plan to remove the mandate passes the Senate, it's likely even fewer young people will become insured.

Many actuaries say that, for the individual health insurance market to be stable, 40 percent of enrollees need to be young and healthy. In 2014, that number was only 28 percent. The percentage stayed the same through 2016.

I was surprised to learn that part of the reason the Affordable Care Act was not as initially successful as it could have been, is that not enough young people signed up to keep premiums at an affordable price.

Getting healthy young people to care about health care is a battle politicians know well, and have handled with varying degrees of success. I chuckle thinking back to President Obama's chat with Zach Galifianakis on Between Two Ferns, and the many other efforts he made to reach young people where they are.

I often wonder why President Obama, when he was promoting the Affordable Care Act to millennials, didn't bring out a young person like me to help my peers understand why it matters. Rather than trying to sell us on the affordability of enrollment, or relying on humor, or reminding us that we are not invincible, he could have relied on the compassion we exhibit one-on-one in supporting each other.

After all, Barack Obama, relied on the youth vote to win both of his campaigns. He didn't use gimmicks then — he spoke to young people as though we were capable of understanding our importance in the world. The 2016 election, which lacked substance and focused on negative campaigning, also saw a decrease in voter turnout among young people.

As politically aware, or "woke" as my peers seem to me, I worry that making the effort to understand and sign up for health insurance is low on people's priority list.

And I get it. There is a lot to be afraid of right now and a lot of areas needing attention. It's almost too much to bear. I understand the impulse to look away, change the channel, or unfollow. But in the same way that people my age are galvanized to organize — whether that's knitting a sea of pink hats, protesting in the streets, or calling their elected representatives — they can show up for the current- and future-sick by going online, and signing up for health insurance.

Aditi Juneja, 26, graduates this week from NYU Law School. This essay was produced by Youth Radio.