Accessibility links
Orangutans Are The Primate Champs Of Breast-Feeding : Shots - Health News Orangutans breast-feed up to nine years, longer than any other primate. That may help offspring survive food shortages. But humans may have gained a survival advantage from weaning earlier. 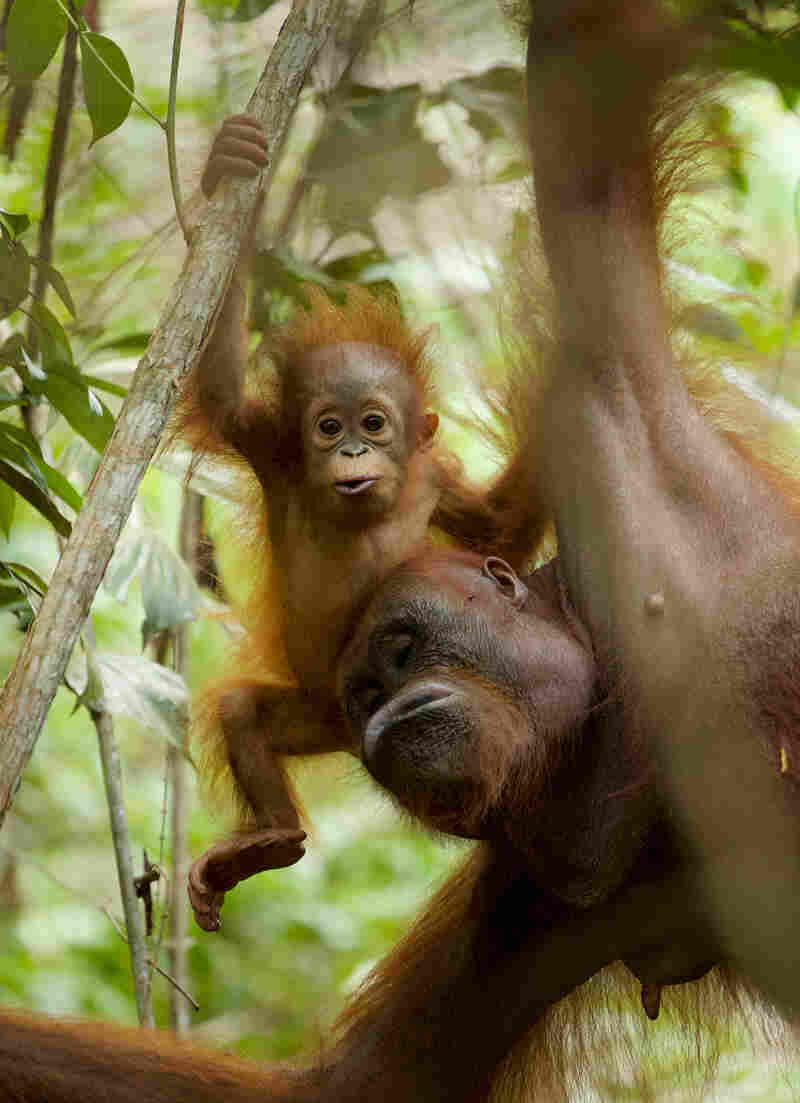 An orangutan mother and her 11-month old infant in Borneo. Orangutans breast-feed offspring off and on for up to eight years. Tim Laman/Science Advances hide caption 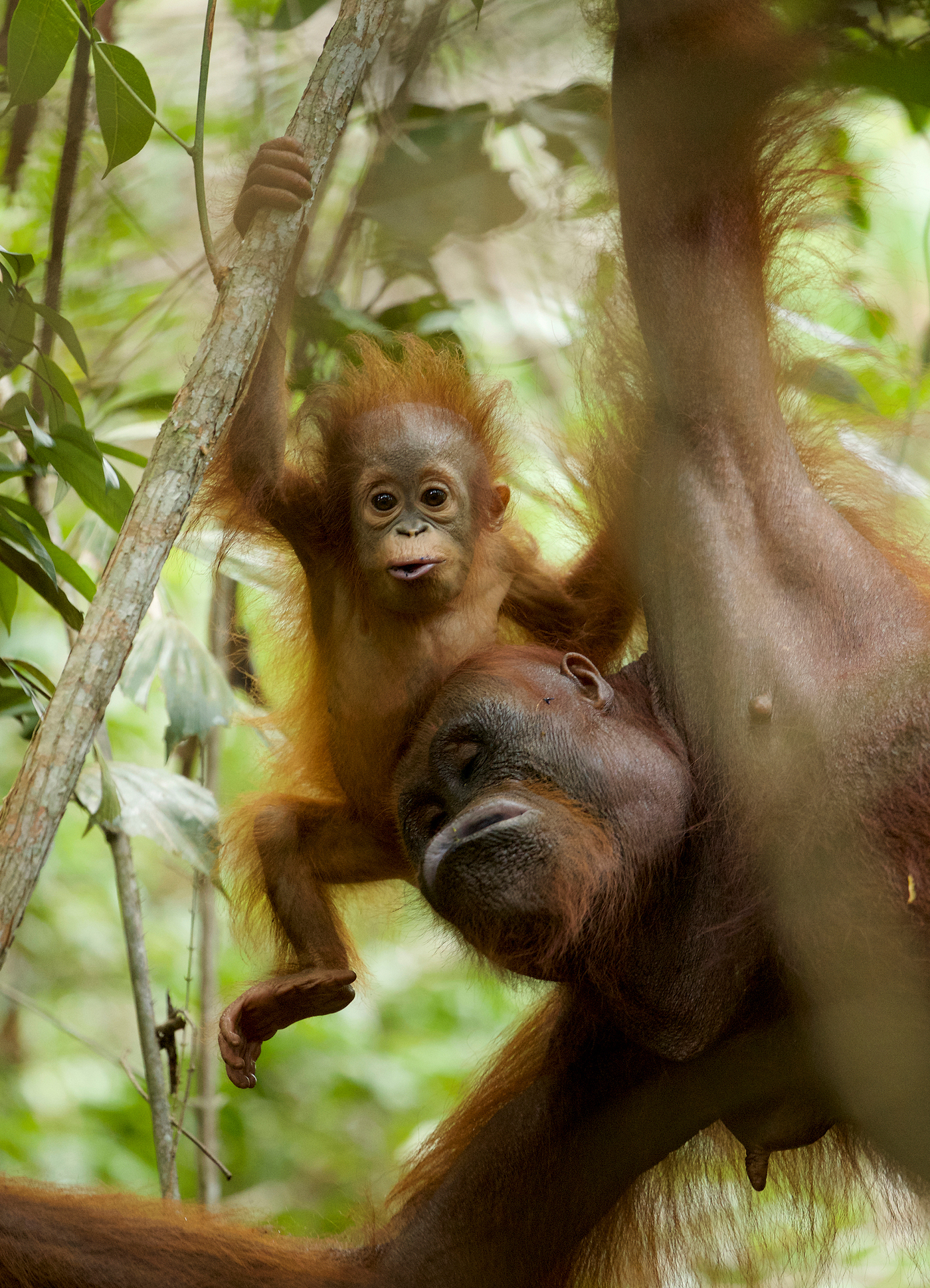 An orangutan mother and her 11-month old infant in Borneo. Orangutans breast-feed offspring off and on for up to eight years.

When it comes to breast-feeding, orangutans are the champs.

Past studies of orangutans in the wild have found that mothers nurse their offspring for up to seven years, longer than any other primate.

But a new study of orangutan teeth suggests even that estimate is low, a team reports Wednesday in the journal Science Advances.

The study found evidence that during periods when fruit and other food became scarce, young orangutans would supplement their diet with breast milk. "And this pattern could last up until 8 or 9 years of age, which is very long," says Christine Austin, an author of the paper and a researcher in the department of Environmental Medicine and Public Health at the Icahn School of Medicine at Mt. Sinai.

This late weaning is probably a survival strategy, says Tanya Smith, the study's lead author, who works at the Australian Research Centre for Human Evolution at Griffith University. "Having a long period of nursing may be a way for juveniles to learn the ins and outs of living in a challenging environment with limited and unpredictable food resources," she says.

Researchers have been uncertain about nursing behavior among wild orangutans because the animals are notoriously hard to study. They live solitary lives in the treetops of rainforests in Borneo and Sumatra.

So Austin and a team of researchers wondered whether they could obtain more detailed information by analyzing teeth from orangutans that had died.

"Teeth are like a biological hard drive that's recording what's happening in your body each day," Austin says.

Teeth have growth rings like a tree, which provide a timeline of an animal's life. And the researchers had shown that levels of barium in each ring indicate when an orangutan was consuming milk.

The team was able to obtain teeth from four orangutans that were shot decades ago. The teeth came from museums.

Barium levels showed that for the first 12 to 18 months, the young orangutans consumed only breast milk. Then they started adding other foods, primarily fruit.

But the animals appeared to resume nursing when other foods weren't plentiful. And that cyclical nursing pattern continued until the orangutans were approaching puberty.

Eight-plus years of nursing are much more than other primates get. Chimp mothers wean their young at about age 5. Gorilla moms stop nursing when their offspring are about 4.

And human babies rarely breast-feed after age 3, says Shara Bailey, a paleoanthropologist at New York University. "That's what makes humans weird," she says. "And it's certainly one of the reasons why our population is so successful as a species."

Scientists are hoping that by analyzing teeth, it may be possible to find out how long our human ancestors nursed.

"The potential is there to look now at Neanderthals, Homo erectus, Homo habilis, [and] Australopithicenes," Bailey says. And maybe, she says, "we can actually get an idea of when this very weird thing that characterizes humans occurred."

There's a catch, though.

In order to analyze a tooth, researchers need to slice it up. And museums are reluctant to damage some of their most prized fossils.